Craftsmanship in South Korea I 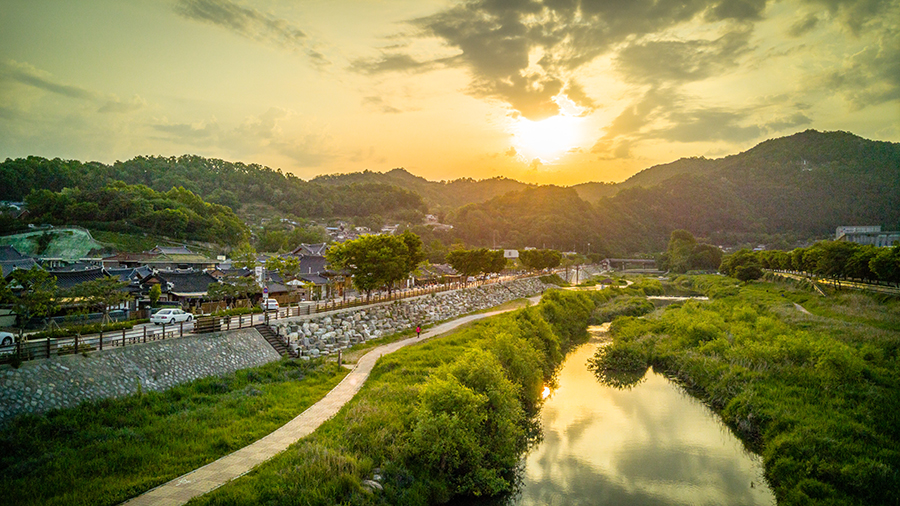 Writing In Search of Old Japan changed my life. Walking around with a DSLR camera in Japan, trying to take good photos, failing miserably most of the time, but yet coming home with a few photographs I’m happy with to this day, made me think that maybe - maybe, I could actually take a decent shot.

And so, when HardwareZone collaborated with LG to do a second guide to travel photography using a smartphone, I thought I would nail this feature out of the gate.

Boy, was I naïve.

It was tough. I overestimated myself, walking far more a day than I ever did in Japan. I kept taking bad photograph after bad photograph, taking hit after hit to my confidence. And yet, by the end of seven days in South Korea, I came home with more pictures that I’m happy to share with you.

This is how I did it, and what I learned along the way.

Before I flew, I picked a theme to focus on while shooting in Korea. I’ve talked about having a theme before in In Search of Old Japan, and I want to reiterate how having a theme - having a constraint - can actually be liberating. You can’t possibly shoot everything, and there’s so much to photograph, so having constraints helps you to focus on your trip.

I chose the theme ‘craftsmanship’ for my Korean trip, and yes, it’s kind of abstract. Not every theme needs to be. Last year, when I went on holiday with my in-laws, my theme was simple: happy candid shots of my wife with her parents. Having a theme definitely helped me capture more shots of them being happy together.

This time, I’m armed with LG's latest flagship smartphone, the G4, and not a DSLR camera. With the image quality you can get these days, it’s possible to create memorable travel photographs using only a smartphone. The G4 is also technically promising, with a quick f/1.8 lens, high-resolution 16MP sensor and a unique colour spectrum sensor. It can even save in raw! 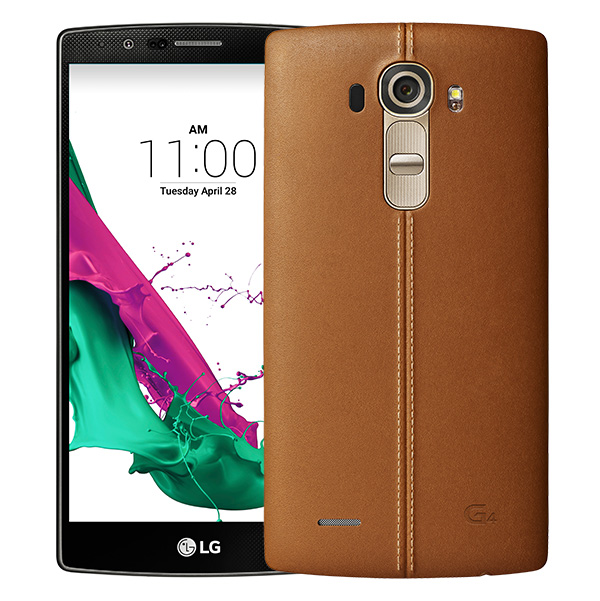 But shooting with a smartphone is different from shooting with a camera, mostly because there’s no optical zoom. It’s just you and a single focal length. Yes, that means there’ll be shots I can’t get, but I try to remember that Henri Cartier-Besson made some of the most iconic photographs of the last century using a single 50mm lens.

From personal experience, I can tell you that having constraints is a paradoxical way to free up your creativity. It’s like how, instead of having an unlimited canvas and all the colors in the world, you’re given a notebook and a black pen. One makes you wonder what you’re going to do, the other makes it easier for you to just do something.

There’s one more personal constraint I’m embracing in this feature. Instead of processing these photos through Adobe Lightroom like I’d usually do, I’ve processed them all on the LG G4 itself, using the third-party VSCO Cam app. The G4 surprised me with its true-to-life colors, but I’ve always loved finishing the image myself. You can still click on each photo to see the original picture. 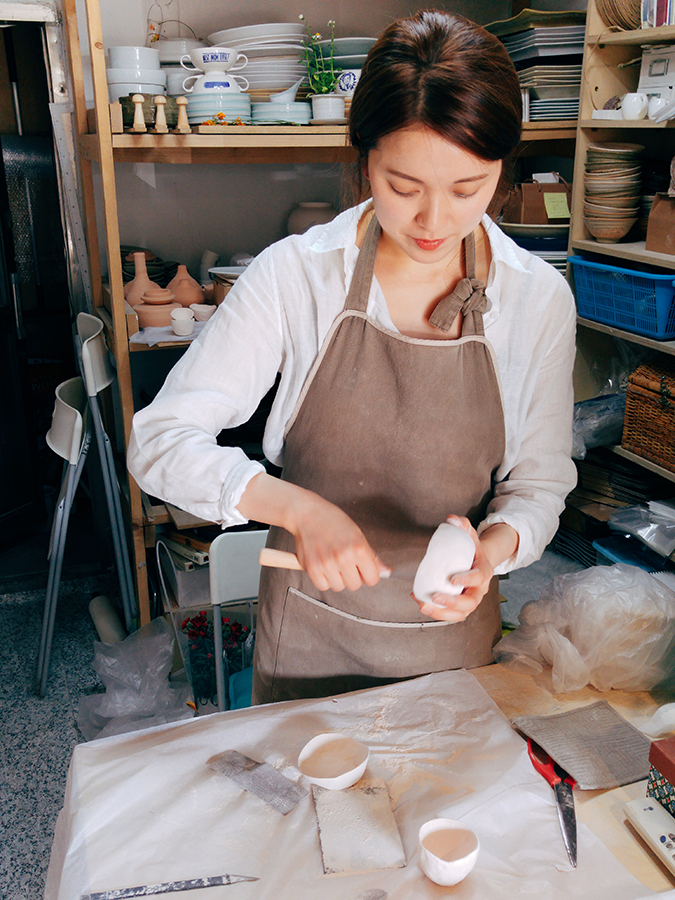 I started my first day walking around in Seoul’s Bukchon Hanok Village. The Village is a sprawling, hilly area that will give your calves a workout, so go ready. It’s touristy, but it’s also home to traditional Korean houses called hanok. You’re constantly reminded to keep quiet, as people still stay here.

The Village is also home to some traditional craft houses, and that’s why I was there. Many turned out to be dusty museums, but there were a few workshops where you could still take part in making things, like Korean knots and miniature Korean wooden houses. No photographs though.

It was along the Gyedong-gil street of shops that I met Kim Young Hwan. I love ceramics, and when I walked into her store, she was sitting at her desk, crafting. I shuffled nervously around her store, before working up the courage to ask if I could take pictures of her working. She graciously agreed. With her permission, I made a series of portraits, trying different angles (01, 02). I eventually chose the one above out of them, it’s a straight-on portrait, but it tells you a story about what Kim is doing, without any unnecessary clutter.

I have one favourite missed shot from this shoot, and it’s this photograph of her hands with her half-formed cups (03). I love how their soft curves work with the neutral colours in the image, but unfortunately a conflicting pair of scissors is cutting into the picture. The scissors’ harsh lines and fiery red detract away from the main subject, so the photo doesn’t work. If I’d noticed it at the time, I would have asked Kim to put it away. 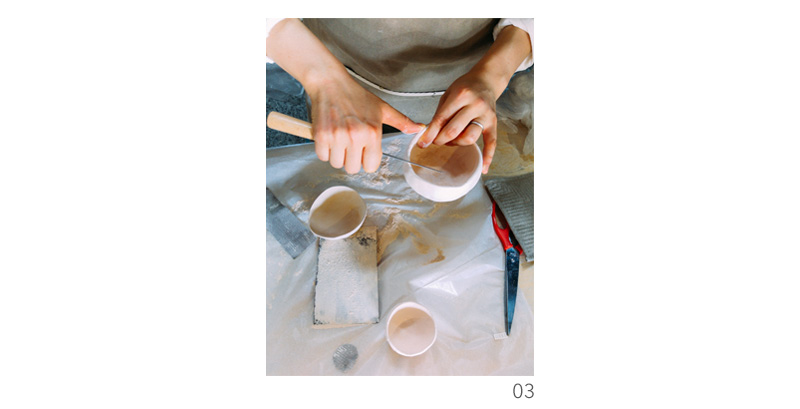 Shucks. It’s a good reminder for me to always pay attention to the entire frame, and exclude whatever isn’t essential, because it always distracts from the main subject. 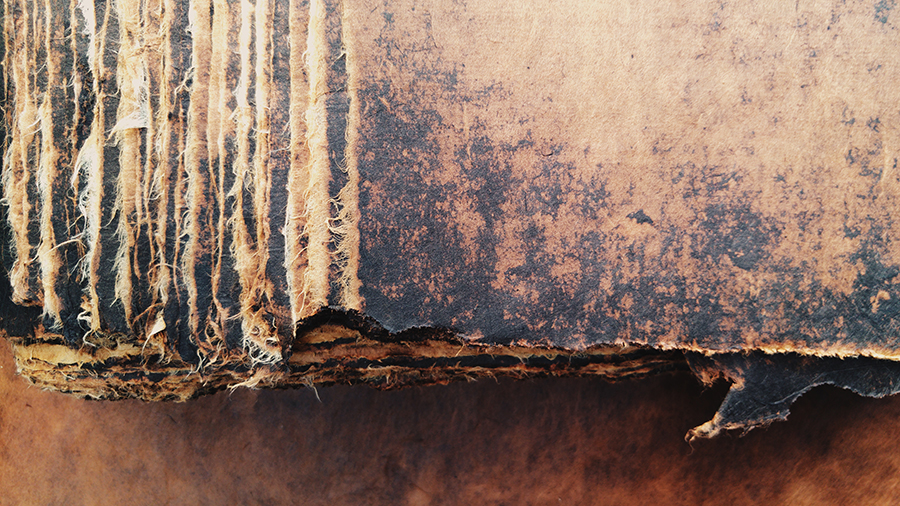 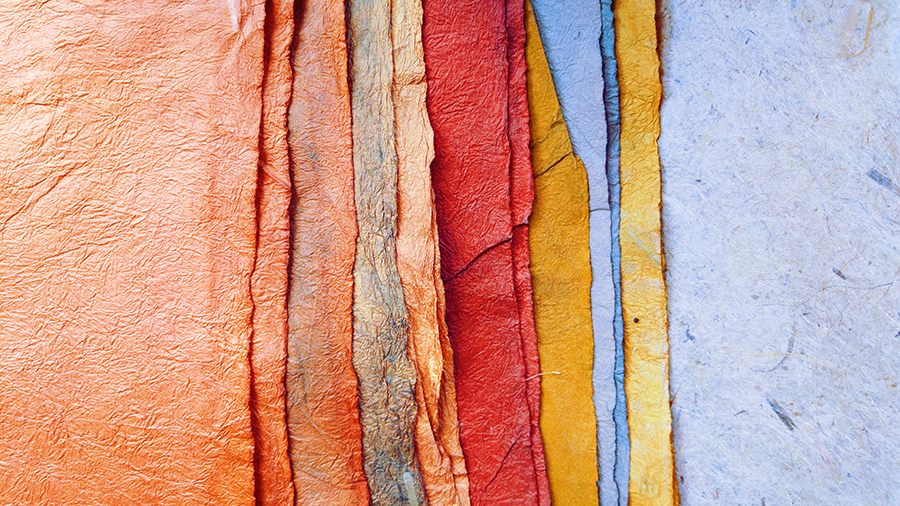 After giving my legs an intense workout walking around the Bukchon Hanok Village, I walked right across to Insadong, an area known for its arts and craft shops. That’s where I saw these. I swear, I thought the first was leather, but it surprised me by being hanji; traditional Korean handmade paper. I knew I had to show this to you guys, but how?

During this trip, I realized that I like to talk to myself when I photograph. When something grabs me and says, "Take a picture of me!" I like to ask, "What is it about you that I am liking so much?" I once heard photographer Art Wolfe say, "If I can say it, I can see it," and that’s pretty much what I’m doing.

In my conversation with these sheets of paper, what I was really liking were their rich, organic textures. So I knew these were going to be close-up, detail shots. When I went in tight however, it wasn’t so clear that these were sheets of paper (04). When I included the paper’s edges, it became clearer what you were looking at.

Whenever I shoot, I try to make the subject as clear as possible, weaving in as many necessary clues as possible. My viewers won’t have the clues I had when experiencing the scene, they’ll be looking at a flat image, not standing in front of a hanji shop in front of Insadong, feeling the paper’s textures in their hands.

So the challenge is always to compose the photograph in a way that makes them see what I saw, and feel what I felt. "Look at this. Yes, it’s paper. Aren’t the textures amazing?" 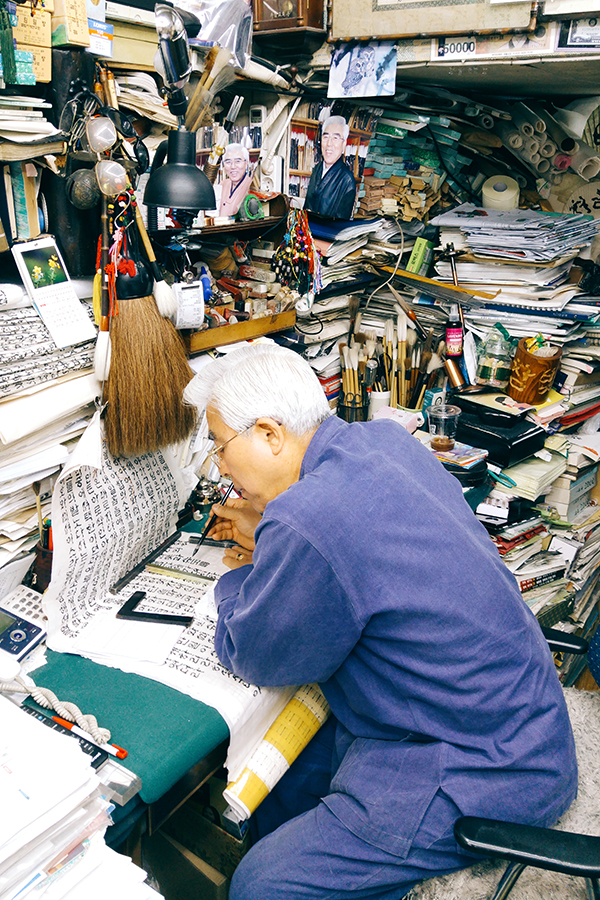 I’d seen sheets of hanji with traditional Korean writing and assumed they’d been stamped on by a machine. Imagine my surprise when I walked into this hanji store and saw this elder writing the characters by hand!

If a photographer is a hunter, there are really only three things I hunt for: a great subject, a great background, and great light. When you find three of them together, you can keep shooting until you bust your SD card.

In this case, I saw two: a great subject against a great background, with okay light. This combination is still good enough that when you see it you should still go, “Shutter time!” In this background, I especially love how the big brown brush hanging in the background reinforces what he’s doing with the brush in his hands - it’s background and subject working together to make a stronger image. Weaving in clues again.

I asked him if I could take photographs, and he kindly agreed. In In Search of Old Japan, I talked about whether to ask for permission when taking photographs or not. Again, I believe there’s a time and place for both. Here, I was walking into this man’s shop and taking photographs of him while he was working. I wanted to be respectful, so I asked.

But you know, even after having done it so many times, it’s still not easy for me. My heart beats faster, my mouth dries up and my head is exploding from embarrassment -- and that’s before I’ve opened my mouth! But I find that most people are nice enough, and being ready for a "no" all the time makes it easier to accept rejections with a smile.