First of all, we'd like to thank Toshiba for arranging such an entertaining press event. There's a small skit about a secretary buying some new Toshiba products both for herself, and for her hapless boss. Introduced in the skit, were the Toshiba Regza AT1S0, and new 7-inch Android tablet that fits well into a lady's hands, the Regza AT100, another Android tablet that has a 10.1-inch screen as well as a plethora of connectivity options. There was also the Qosmio DX730, a fairly powerful all-in-one desktop with some good mobile components, such as a quad core i7 (or dual-core i5), mobile graphics and all the usual connectivity options. 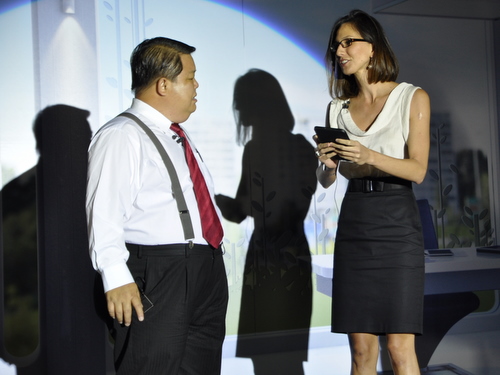 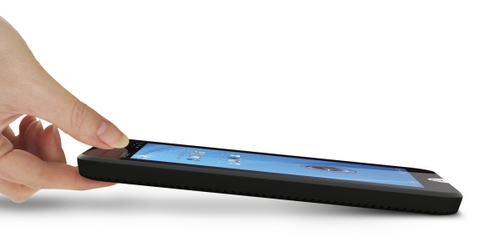 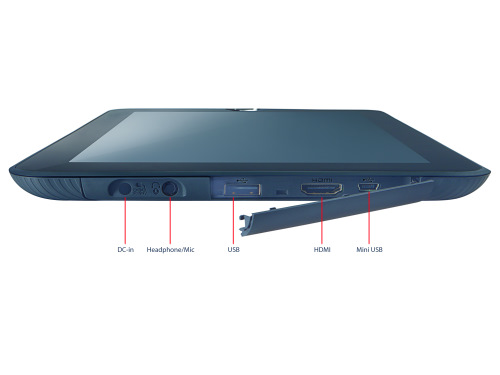 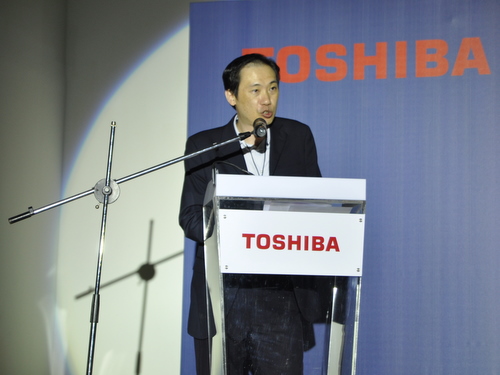 But the star of the show must be the much awaited Toshiba Portege Z830. Toshiba touts this 13-incher as the thinnest (15.9mm) and lightest (1.12kg) Ultrabook out in the market right now. The machine is lavishly encased in magnesium alloy (since we know who already monopolized aluminum) that Toshiba claims can withstand almost 100KG or pure pressure, or as the skit humorously puts it, the bottom of your very fat boss. 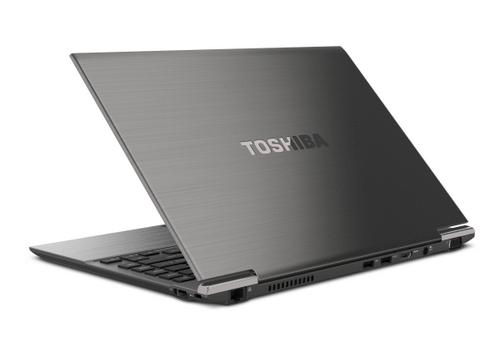 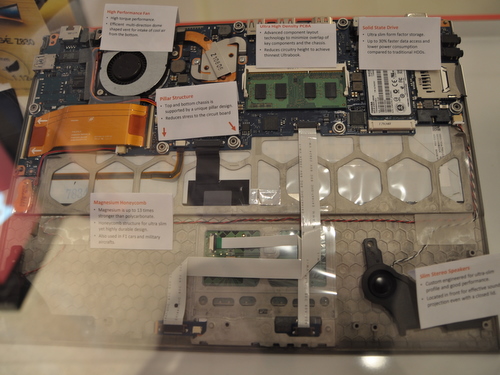 We've had a very brief hands-on with the product and it was indeed very well put together. Tight integration of components means the machine is really as thin as it can get. While other manufacturers like to brag about their thinnest point, Toshiba chose to use the thickest point as a comparison. It was a svelte 15.9mm at its thickest point. A figure which other Ultrabooks in the market simply can't match now. 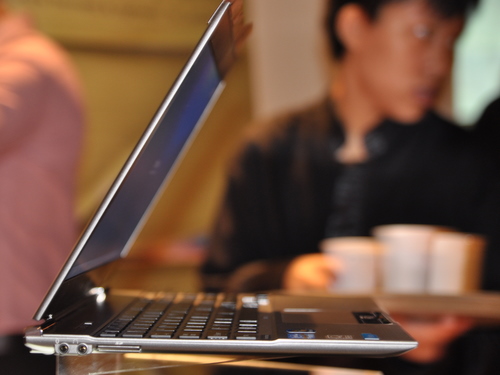 We also managed to bang on the keyboard of the unit for a short period while no one was looking, and we were convinced that it was very comfortable to type on indeed. The island-style keys are robust and still gives you that nice tactile feel. Keys were placed as far apart as they could have been, and we have no complaints about them whatsoever. Even the housing on which the keys sit on is pretty tightly fitted on, meaning there isn't any noticeable flex. 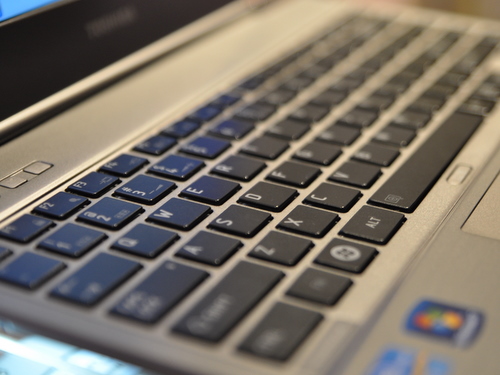 However we were quite undecided with the trackpad. While it wasn't flawed in any way, it deviates from what we have come to accept as the new standard -- large, clickable, glass-covered trackpads. Toshiba instead opted for a regular trackpad with normal buttons instead. We were puzzled at first, but upon closer inspection and a bit of open-mindedness as you'd expect from tech writers, we realized why Toshiba did this. Having a regular trackpad means Toshiba can chuck a fingerprint reader in the middle of the buttons, like what they usually do. 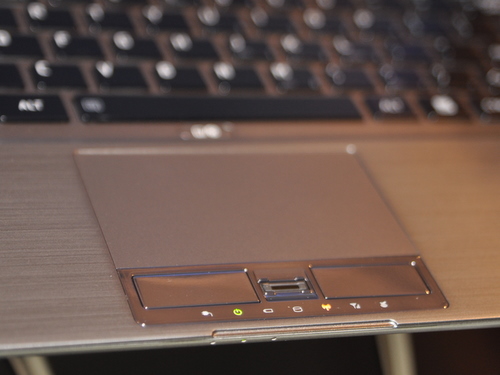 So what does a fingerprint reader mean? Well it simply means that the world's thinnest and lightest Ultrabook is ready for enterprise deployment. Smart move. Companies that are nearing the end of their refresh cycle can take a serious gander at the Toshiba Portege Z830. So there you have it. We think it's a smart move on Toshiba's part, but it doesn't mean we like having a tiny trackpad on our Ultrabooks. But of course you can't win them all. 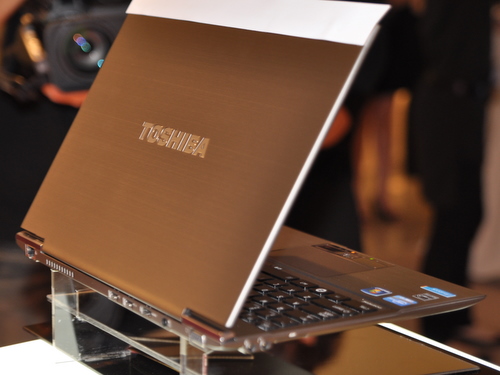 We're expecting the Portege Z830 to reach us sometime in the third week of November. And once it does, you can be sure we will put the Z830 through a thorough round of benchmark tests. Not to mention, some durability tests too. And the moment we find out how capable of a machine it is, you will as well. 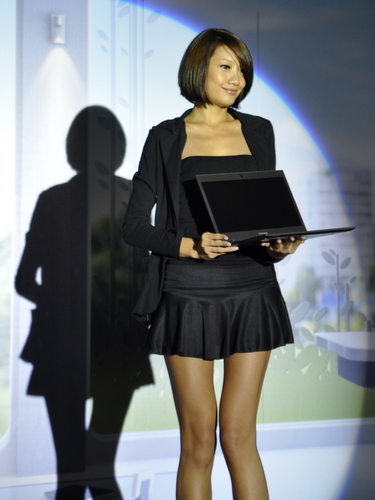 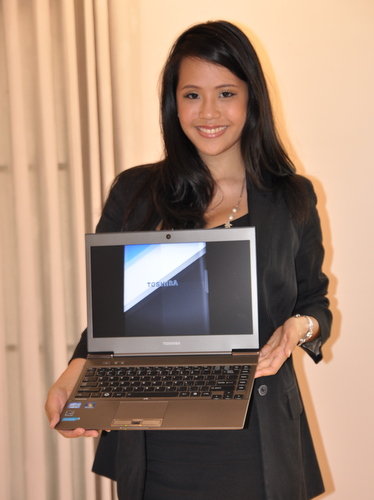 If you're impatiently waiting to hold one these beauties right now without waiting for our verdict, you can grab the Core i5, 128GB SSD version for S$1999, or the Core i7, 256GB SSD variant for about S$2599. While we can't say we're thrilled about the price, we've come to expect premium prices for Toshiba's products. In the case of the Z830, at least the sturdy and strong build of the notebook with business-class features and ultra thin form factors are probably enough reasons to justify its pricing. Meanwhile, the Toshiba DX730 AIO machine starts from S$1549 for the Core i5 processor edition, and S$1999 for the Core i7 processor edition. The 7-inch AT1S0 Android-based tablet is going for S$799 while the older and bigger 10.1-inch AT100 will be going for an affordable S$699.