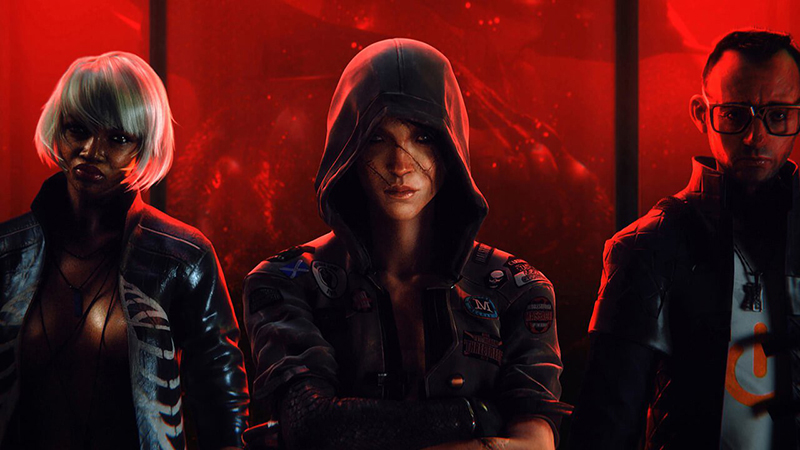 No better way to spend the weekend

Netflix has grown even bigger despite the launch of high-profile competitors like Disney+ and Apple TV Plus. Its Q4 2019 results show that membership grew globally and in the US on a year on year basis, adding about 8.8 million new subscribers over the previous three months. To be fair, a lot of this growth comes from territories outside of the US and Canada, and none of its rivals even come close to its huge global footprint at the moment.

The streaming juggernaut has got some exciting stuff planned for the future too, including an animated series set in The Witcher universe and a total of 21 classic Studio Ghibli movies.

But if you want something good to watch right now, I've got plenty of ideas for that too. Here are some of the best shows to watch this weekend as you try to ignore your extended family.

This is a heist film at its core, but this is no Ocean's Eleven. Money Heist is smart, riveting, and super gripping. It's also dead serious, upping the stakes at every turn and making you seriously question if our heroes – yes, I really mean the thieves – will make it out alive. The show does a remarkable job of making the would-be villains sympathetic. After all, they comprise an awkward, maladjusted mastermind and a bunch of clearly dangerous criminals who are alternately violent, mercurial, and slightly crazy (among other undesirable traits). But this is a Robin Hood story, and the outlaw is the one you'll want to see come out on top.

With a masterfully written script, tight pacing, and unexpected twists, Part 3 of the series is also its most thrilling yet. They're breaking into the Bank of Spain, and if you enjoy hearing about elaborate plans and their careful execution, you'll enjoy Money Heist to no end.

If you like dark and gritty superhero flicks, you’ll love Titans. I basically think of it as emo Robin mentoring a bunch of disillusioned teens, one of which has a demon for a father. The acting is solid and the camera work is beautiful, and the show also draws on the rich lore of the DC Universe to build out something that feels new and fresh. More importantly, you get to see Superboy and Krypto the Superdog make their debut. I mean, a very good boy with super powers? Sign me right up. Season 2 only dropped recently, so it’s a perfect time to dive right in if you haven’t already.

Based on the comic book series of the same name, The Umbrella Academy is a refreshing take on the superhero genre. Instead of near-perfect Adonises, the heroes in the series are deeply flawed and selfish individuals that constantly struggle with the implications of their powers. Adopted at birth by the eccentric billionaire Sir Reginald Hargreeves to be a super-powered crime-fighting squad, Numbers One to Seven form a dysfunctional family that, with the exception of One, have all turned their backs on the team over the years.

The series impresses with some crackling energy and occasionally dazzling shows of our heroes' gifts, which span the range from banal to downright odd and immensely destructive. Luther has super-strength, Klaus can talk to the dead, Allison can manipulate reality with a single phrase, while Five can jump through space and time. Despite all that, the series is oddly easy to relate to, and it's a perfect example of how the best intentions can sometimes give rise to the worst – and in this case potentially apocalyptic – outcomes. As a side note, I'd even argue that it's worth watching just to see Ellen Page, who plays Vanya, in that suit.

Bodyguard showcases Richard Madden as a major talent that can do so much more beyond trying to bring the North together as Robb Stark in Game of Thrones. Madden plays David Budd, a military veteran promoted to head of security for Julia Montague, a conservative politician with her share of controversial views. The show is in a word, thrilling, featuring a riveting political conspiracy that oozes mystery at every turn. And according to certain measures, this is the highest-rated British drama since either 2011’s  Downtown Abbey Season 2 finale or the Doctor Who Christmas special in 2008. Now, you’ve got to see what the fuss was all about.

Netflix has invested a lot in foreign language films lately, and The Protector is one gem of a series that shows that the investment is really paying off. The Turkish series may seem a little cliched at first, pivoting as it does around impending doom and an unwilling saviour born into his burden, but it speeds along at a light-hearted clip that makes it a really enjoyable watch.

The world building is really fun as well. Set in modern day Istanbul, The Protector follows Hakan as he is abruptly thrust into an ancient order tasked with serving the Protector, the only one who can defend the world against the Immortals. These mystical beings are said to wreck death and destruction wherever they go, but past Protectors have managed to kill enough of them such that there is only one left. As Hakan learns the ropes and tries to find out who the last Immortal is, there is just enough intrigue and mystery to keep you at the edge of your seat.