Note: This feature was first published on 13 January 2023.

The show is back!

The Singapore Motor Show is back. After a three-year hiatus due to the pandemic, the country's largest motor show is back with a vast lineup of new cars, both electric and petrol-powered, from 24 brands, including names like Audi, BMW, Toyota, Hyundai, Kia, and more.

For car buyers, this is a great place to check out the latest and greatest metal because not only do you get to experience them first-hand, you can immediately walk over to another booth and compare them to a competing model. And even if you are not looking to buy a car, the show is still a nice place to go look at some of the newest cars in the flesh.

Oh, and of course, there are all the models representing the various brands who will be there to hand out various freebies. Scroll down to see our favourite cars from the show and our models video. 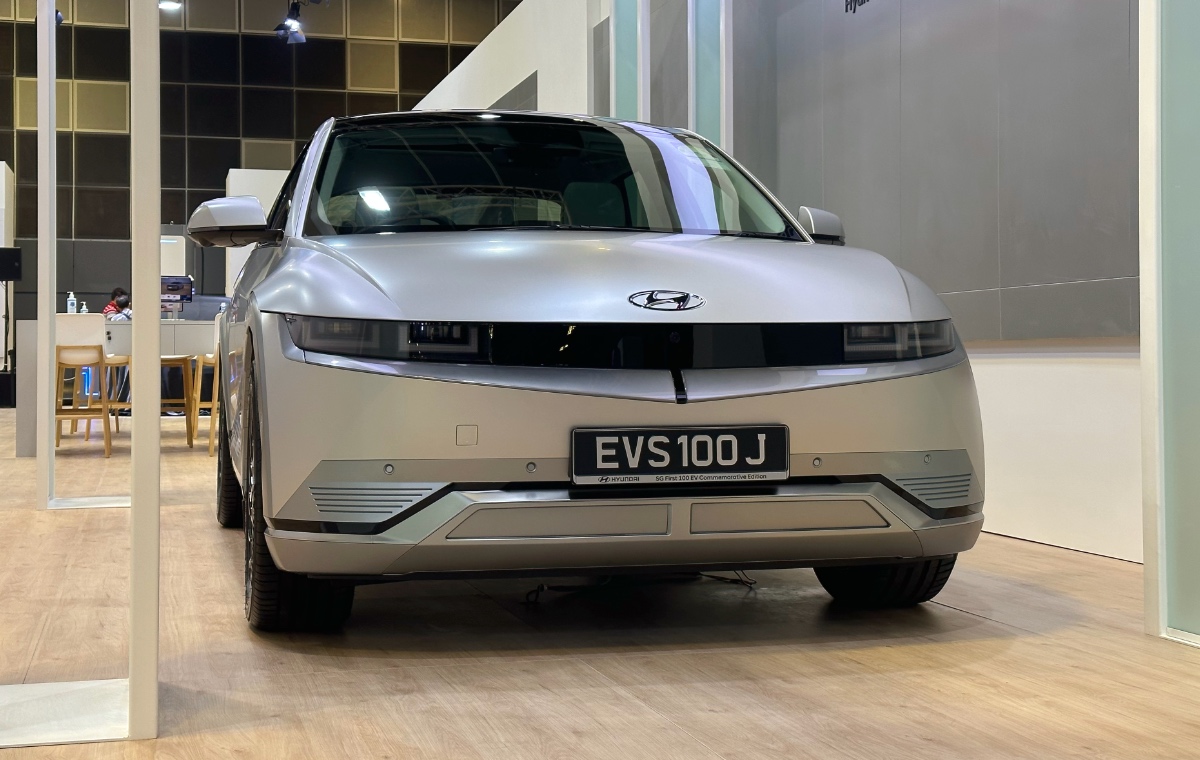 We have to start this list with the Hyundai Ioniq 5 First 100 because not only is it the first car to be assembled in Singapore in over four decades, but it’s also the first EV to be built in Singapore – at Hyundai’s new HMGICS plant in Jurong. It helps also that it’s quite a good-looking thing. On the outside, it mostly looks like an ordinary Ioniq 5 but there are special “First 100” badges if you know where to look. The car itself has dual motors, a combined power output of around 321hp, and a 77.4kWh battery with a range of around 454km.

You can find out more about it here. 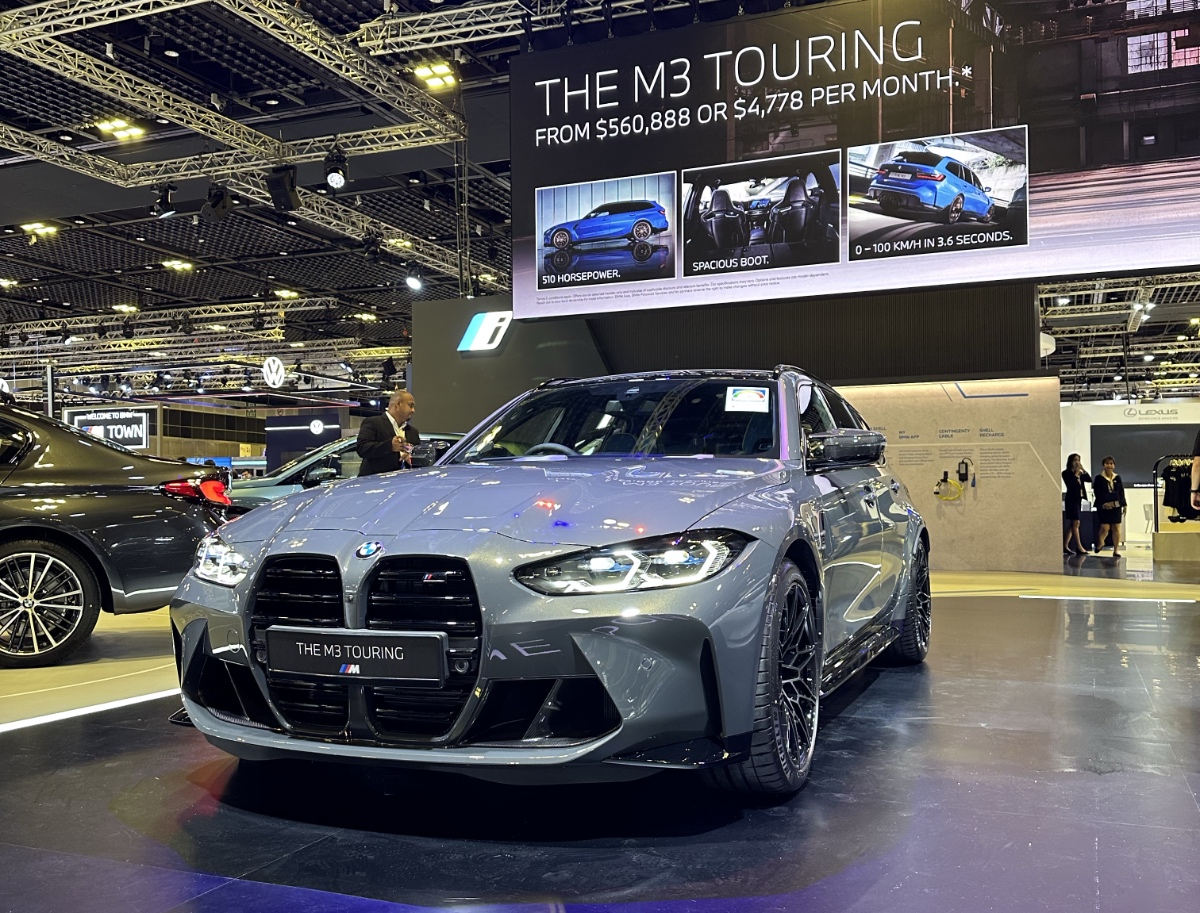 Speaking of firsts, BMW’s new M3 Touring is the first time a 3 series estate has been given the company’s M treatment. Two years on, the controversial front grille now looks less offensive to me and gives the car real road presence. As for the M3 Touring, it helps that it has great fender flares, particularly at the rear. Power comes from a 3-litre twin-turbo straight six producing 503hp and 650nm of torque, which means this estate can haul your family and stuff in style and with great speed. 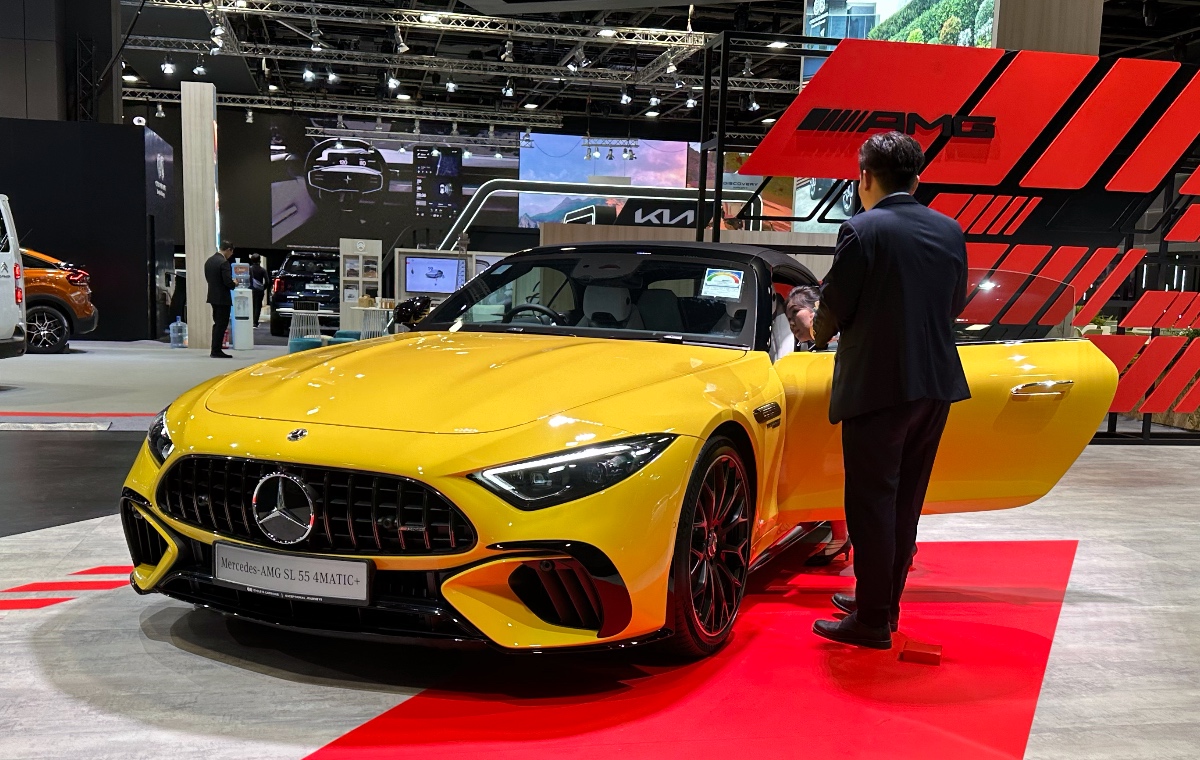 Most people would say that the biggest problem with the last-generation SL-Class was the way it looks. Mercedes has fixed that because the latest version is an absolute looker. People at the show could not stop gawking at it. That said, it is now an AMG-only model which means they are powered by the company’s greatest and hottest engines. Two variants will be available at launch. The SL43 has a 2-litre turbocharged 4-cylinder putting out 375hp and the more potent SL55 which has a 4-litre twin-turbo V8 putting out 469hp. 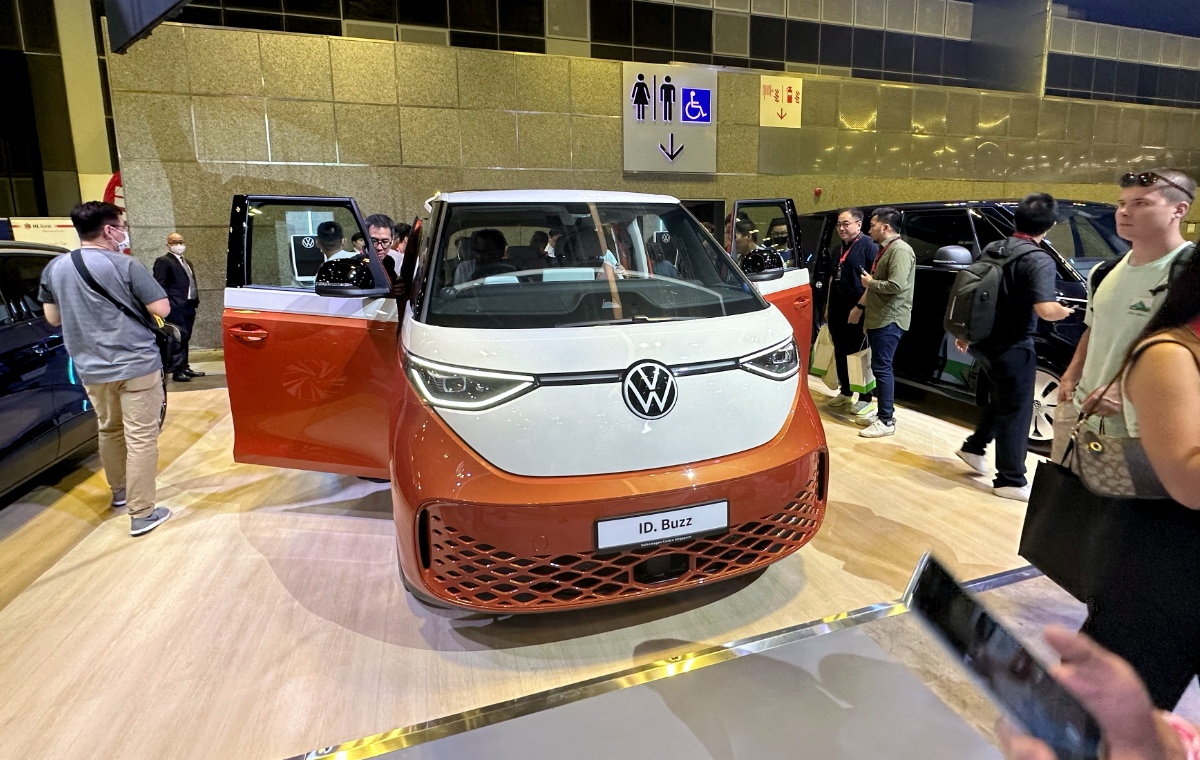 Doesn’t the ID. Buzz look familiar? If it does, it’s because it is considered to be the modern and spiritual successor to the legendary Kombi van. The ID. Buzz is an all-electricPV with a 201hp electric motor and 77kWh battery that gives it a range of 420km. It’s currently available as a 5-seater, but a 7-seater version will be available later. There’s also a commercial version called the ID. Buzz Cargo that ditches the rear seats for more carrying capacity. 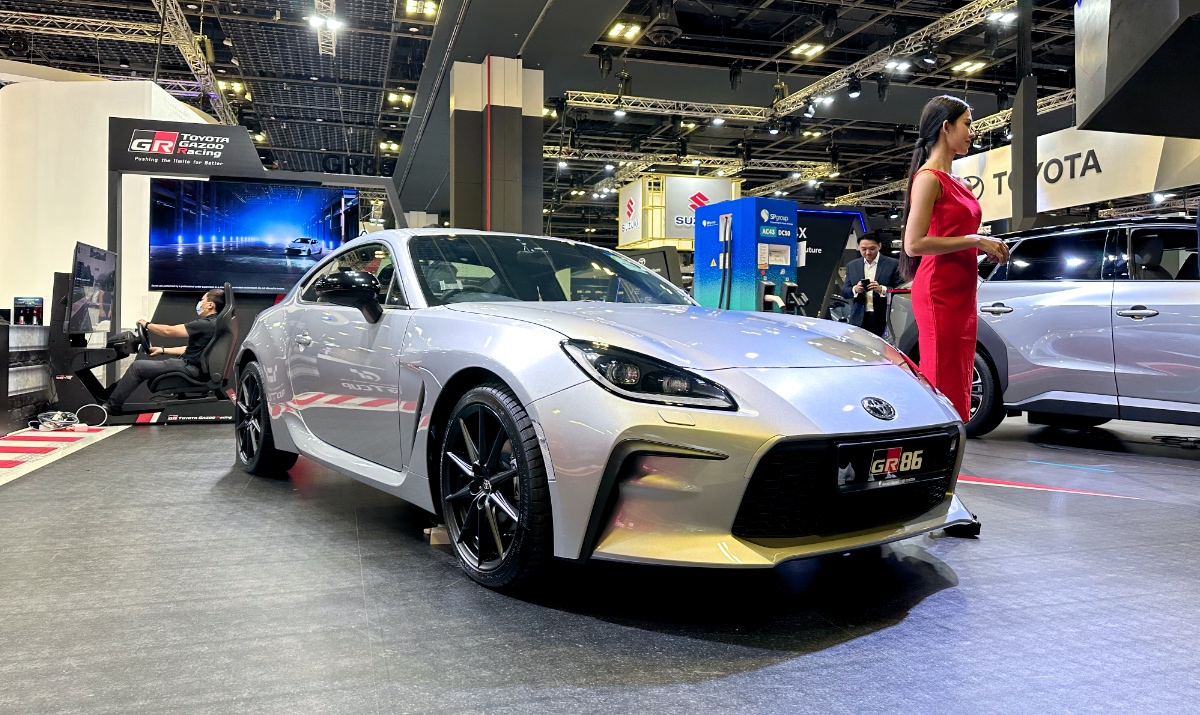 It has taken a while but the GR86 has finally arrived on our shores. The big change is the new 2.4-litre engine that produces more power and torque – 235hp and 250nm. Based on early reviews, it looks like this new motor completely addresses its predecessor's lack of low-end grunt. Driving enthusiasts will be happy to know that the manual version will be offered here alongside the automatic. 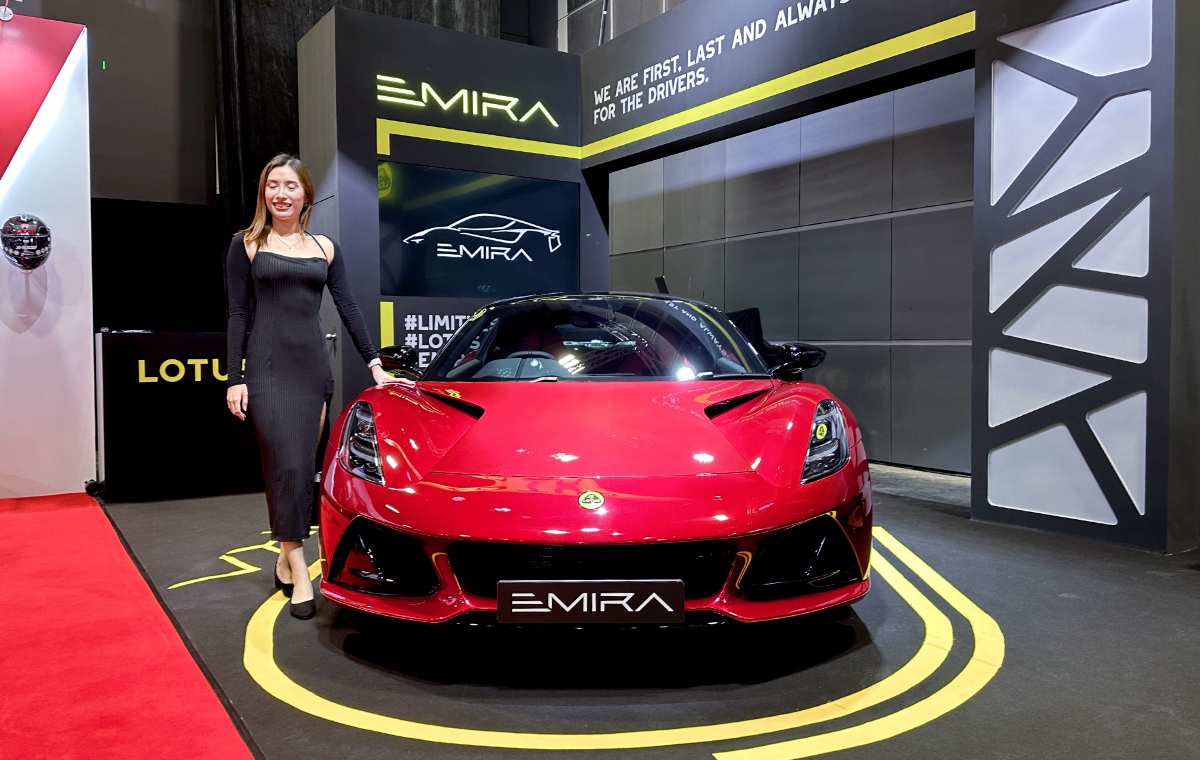 The Elmira is special and feels like the end of an era because it’s supposedly the last petrol-powered car Lotus will make. It was also designed to have a broad appeal, to be equal parts sports coupe and grand tourer. Lotus will eventually sell two versions of the Elmira, but the one available at launch will be powered by a supercharged 3.5-litre V6 putting out around 400hp. Coming later is a less powerful version that features Mercedes-AMG’s potent 2-litre turbocharged 4-cylinder that produces around 360hp.

Models from the show

Be sure to follow our Tik Tok channel for more.