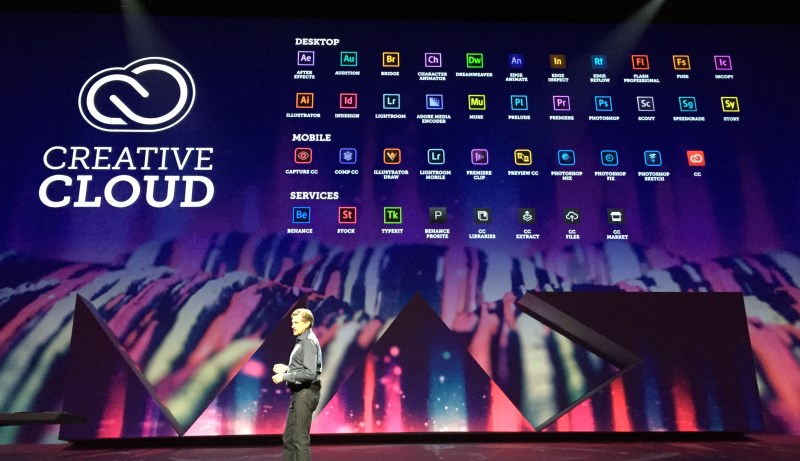 1. CreativeSync is the underlying technology that powers a whole new multi-screen, multi-device, multi-app creative workflow that seems to be the next evolution Creative Cloud. With CC, you had access to individual apps and services. CreativeSync now connects these apps and services together with seamless sharing of data and assets through the Creative Cloud Library, enabling easier collaboration. Now, CreativeSync is more than just a global repository, it works in the background to intelligently identify the types of content and formats to sync so it feels seamless to you when you open or continue your projects from one app to another, or one device to another.

For example, you could be creating a flyer in InDesign. Your colleague has been doing up some new patterns and image compositions with Capture CC and Photoshop Mix on his mobile, which he will send over for you via the Creative Cloud Library. CreativeSync will ensure that not only is the final product sent, but every layer, font, color, formatting, metadata, etc. are all preserved and accessible.

2. Illustrator CC has now gotten the Shaper Tool that was previewed at last year’s Adobe MAX Sneaks. The Shaper tool allows you to build complex artwork using simple loose geometric shapes. These shapes can be combined, transformed and edited to suit your need and even after you achieve your final shape, the entire artwork remains fully editable with the original geometric shape data recoverable. This is supported by Live Shapes which allows you to dynamically adjust shape properties even after they are drawn. Instead of just being able to resize a shape, you can for example change a circle to a pie or a square into a hexagon. 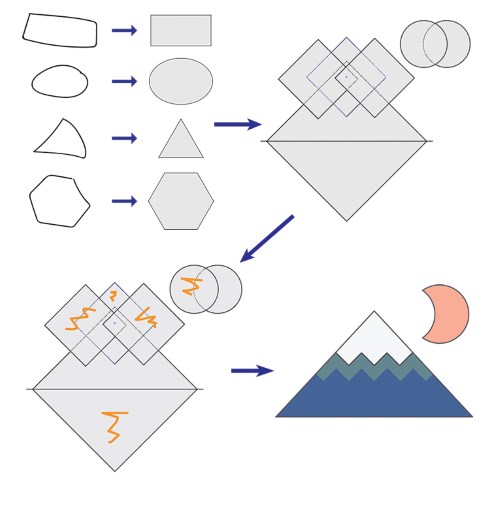 3. InDesign CC gets Publish Online, a feature that allows you to put up interactive HTML 5 versions of your print layout. InDesign does all the conversions behind the scenes without the user ever needing to look at a single line of code. The resulting page should look exactly like how it is designed, can be viewed on any modern browser or device, embedded into webpages or shared via social media.

4. Photoshop CC now supports Artboards, previously an Illustrator-only feature. Artboards allows a designer to work on multiple versions or copies of a design within the same canvas. Artboards all have their own layers that can be filtered for easier management and can be exported individually. What's interesting though is how Photoshop CC works with Adobe Fuse CC, a 3D character modeler and creator (Adobe acquired Mixamo, the original creators of the software). You can import the 3D models created in Fuse into Photoshop through the Creative Cloud Library and retain 3D animation control of the character to create some really dynamic content. 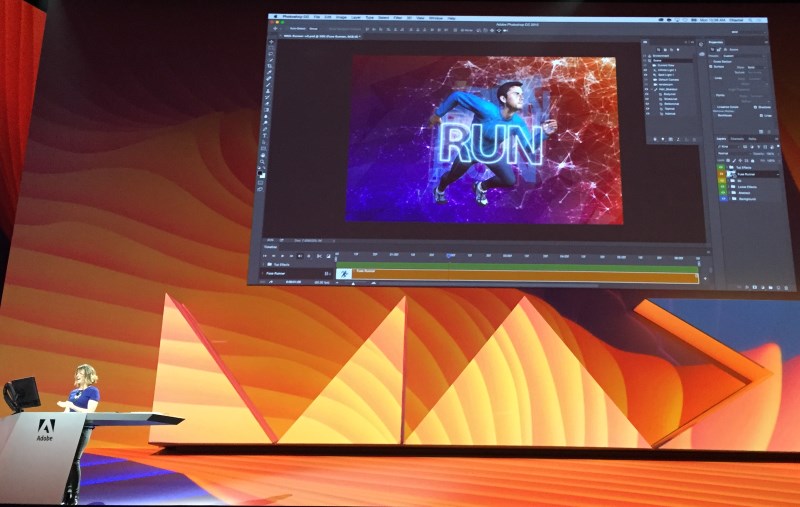 6. Audition CC gets Remix, a new feature that will create the perfect soundtrack for your videos for you. Remix won’t just scan your video for length and chop your audio up, it can detect beat and harmonic structure, then dynamically recut and recompose the selected audio track to fit the video. When Adobe demoed this, it even matched the mood of the video complete with a fade out at the end. I suspect lemmings in the PC.

7. Premiere Pro CC now supports native 4K and 8K video editing with HDR workflows. There are also a bunch of new video filter templates you can apply without messing around with too much settings. Ok, I admit, the main reason I included Premiere Pro CC is so I can use this awesome Sleeping Buddha Deadpool picture. 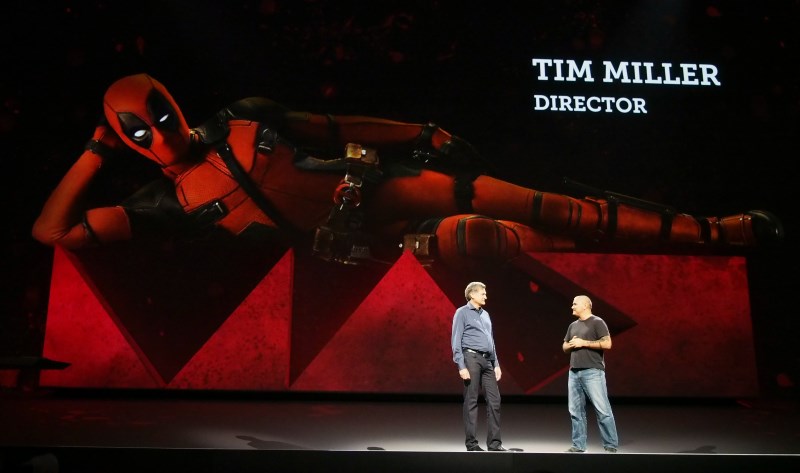 Adobe previewed a desktop app that they used to create a simple phone UI. This included some nifty intelligent design scaling and asset propagation. Since it’s touted as a UX design, they went on to create some additional screens which were then interactively linked. So far, so good. After that, they created a tablet screen; why not, since we’re in a multi-device world right? If you’re designing an app, you need to know where everything goes on multiple screens. Great. Then Adobe started zooming out to show the scope of the project. I was floored. We were looking at hundreds of Artboards, multiple screen formats with dynamic content creation, linking and interactive prototyping all happening in a single work file. And it all looked so smooth. Perhaps it’s those darn lemmings working overtime again, but the public preview of Comet is said to be available by early 2016. I’d look out for that if I were you. 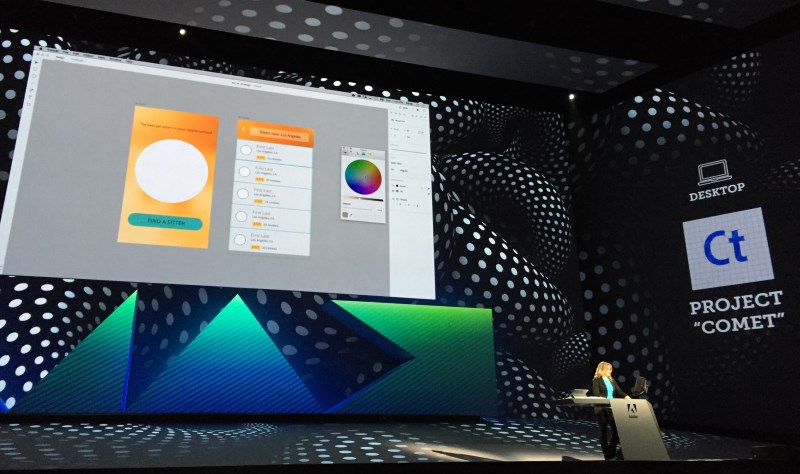 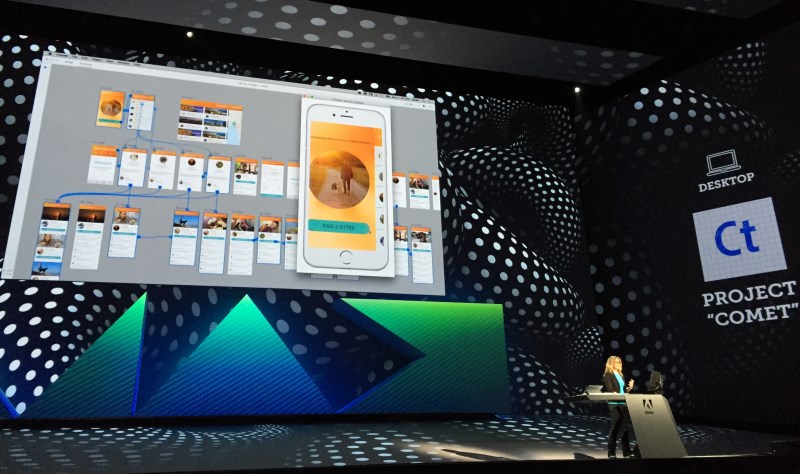 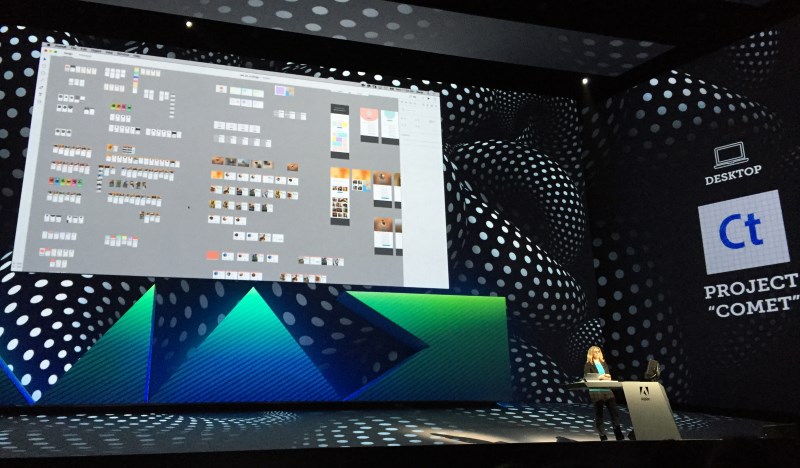