Is there enough gender and colour diversity in today’s video games?

Scoping out the scene What's the first image that comes to mind when someone starts talking about "soldiers" in a video game context? Is it a buff, gaunt dude holding a rifle, or something along those lines? Well, nobody would blame you for thinking so, it's just how the concept of a "soldier" is usually represented in popular culture.

But if you think about it, the term "video game soldier" could just as easily apply to a lady like Mortal Kombat's Sonya Blade as it would to Captain John Price from Modern Warfare. After all, female soldiers aren't exactly a new concept - we've got courageous women serving in many countries' armed forces even today.

Regardless, the crux of it is "representation", and in recent years, many forms of media content, from television shows to movies, plays, books and especially video games have become increasingly open to portraying various perspectives. Whether it's in terms of gender, sexuality or racial diversity, there's no doubt that we're seeing a more varied cast of characters today in our games as compared to say, twenty years ago.

The games we think aced the test 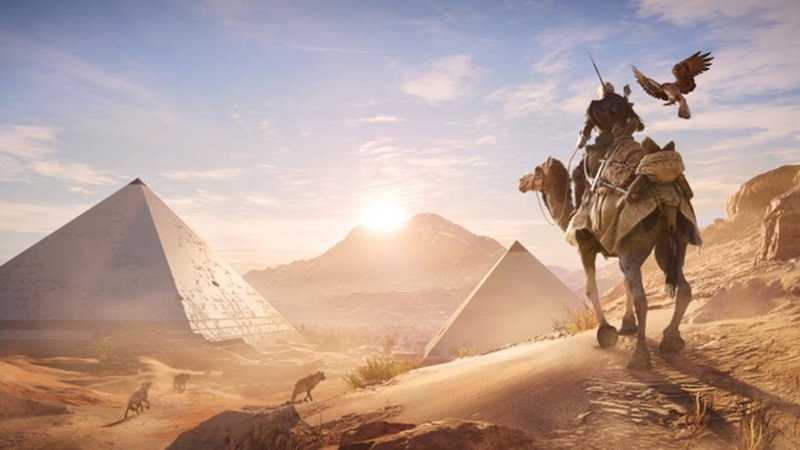 To be honest, we could spend all day rattling off a list of great games that feature very little diversity in race, gender and culture...but talking about the opposite is much more entertaining.

We'll be looking at two things here: playable characters and how often they depart from the ‘brooding white male protagonist’ category, as well as game setting, where we'll examine how much diversity it affords. The latter is especially crucial to games such as Assassin’s Creed: Origins - it'd probably feel a lot more bland and whitewashed without people of colour to fill out the amazing story Ubisoft whipped up.

But if we're talking about sheer quantity, it’s difficult (and borderline impossible) to beat the diversity of Overwatch’s roster. Blizzard Entertainment’s multiplayer game (which is getting a sequel soon) has done a fantastic job with regards to racial and gender representation. The game is packed to the brim with characters from all walks of life - men, women, sentient robots and even animals. 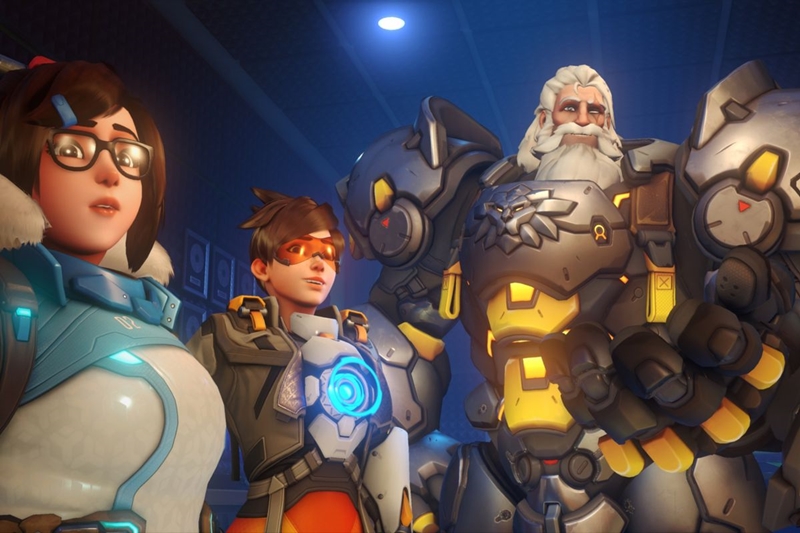 Of course, there are some white characters too, but even those hail from different backgrounds - Reinhardt is a proud German, Soldier: 76 is a pure-blooded American and there are even 2 Swedes in Torbjorn and Brigitte. Frankly, the fact that Blizzard made the effort to have all these characters represent their respective cultures so authentically with voicelines, skins and emotes is laudable (and beautiful) in itself, not to mention that the variety helps keep the massive cast from feeling "photocopied" to boot.

With the race card settled, let's talk gender. First of all, video games aren’t (and shouldn't be) allergic to female leads, but they do come by far too rarely when we scrolled through the past two or three decades of video games. Barring the obvious ones like the aforementioned Sonya Blade, Metroid's Samus Aran or The Walking Dead's Clementine, we realised that many others, even some from more recent titles tended to fall under the radar. One of these games is Celeste, a platformer developed by Matt Thorson and Noel Berry that we really enjoyed, and it wasn't just for its slick gameplay.

In the game, you step into the shoes of a woman named Madeline, who’s trying to climb a massive mountain. It's already a pretty splendid game on the surface, but what really makes it beautiful is that the mountain is actually one giant metaphor for anxiety, and by extension mental health issues as well. Madeline's on the mountain for no one else but herself, and it’s truly stirring to see her push through every obstacle to reach the top. Meanwhile, some titles (such as Cyberpunk 2077) take a more conventional approach to the issue, which is to feature a character creator, where players can customise characteristics such as skin tone, facial structure, origin story and various other factors. And then there's also the approach developers like Ubisoft are becoming increasingly fond of: presenting players with the choice between a male and female protagonist.

If you've played or looked through the later instalments of Assassin’s Creed, such as Odyssey and the soon-to-arrive Valhalla, you might notice this addition becoming somewhat of a staple feature. In Odyssey, for instance, players got to choose between a male protagonist (Alexios) or female (Kassandra), and it would affect some of the interactions your character had in the game, although the latter eventually became the fan favourite anyway, because reasons.

That's nice and all, but what's worth noting is that apart from helping to freshen up the otherwise male-dominated narrative established in previous AC games, it also proved that Ubisoft’s approach of letting players choose their character’s gender was right on the money. In fact, we’d actually be quite miffed if they took it away from us, but that fortunately isn’t the case.

We can't take it lightly Now that we've gone over some of the games we think handled the representation card rather well, it's time to address why we need to be careful with how we tackle it.

We'll say it straight up - the fact that most modern video games are slowing for greater representation is inherently a good thing, since it allows different genders and cultures to learn about each other and enjoy the spotlight in their own right. After all, the community has been holding developers to increasingly high standards over the past few years, and developers complying with such feedback to appease their fans has had a generally positive effect on the diversity of our gaming experiences too.

However, this then raises the question of "Where should we be satisfied?". Now, this is an important question because it's partly on us as a community to set realistic benchmarks for developers to adhere to in their games.

But what do we mean by "realistic" though? Simple. Do you think it is even remotely possible to account for every single community, perspective or background in our wide open cosmos? Certainly not, because not only would that infringe on artists' creative freedom (as we'll explain below), but if it was an unwritten rule that all developers had to make mention of every single societal nook and cranny in their games, it'd take ages for anyone to get a proper title out. As for creative freedom, it's pretty straightforward. We all have to recognise that these media objects, be they games, books, songs, movies and suchlike, are fundamentally still creative works at their core. As such, we owe the "artists" their bare minimum of creative space - nothing more than that. Of course, this is assuming the content itself isn't morally questionable to start with.

To be honest, the easiest way to show why this is important is to assume the extreme scenario. If we were to dictate that our games accounted for every "representable" facet in the world, then it would defeat the point of artistic expression entirely, because developers would feel so pressured to comply with the "socially acceptable benchmarks" that they'd probably avoid trying anything out of the box. Which is to say that we'd never play any "new" games per se, and that's duller than greying cardboard, isn't it? So, we know who's done great on the representation test, and figured out why we can't take this issue lightly too. That brings us to our last point for today - what do we expect, and want to see down the road with regard to representation in video games?

In broadstrokes, our first suggestion is that video games could stand to be more diverse in terms of their setting. Games like Sleeping Dogs, Ghost of Tsushima or almost all of the Far Cry franchise are pretty refreshing to play, and their stories offer a really unique experience because they take the Triple-A experience somewhere outside of the USA. In that sense, there's a wide (and still very much blank) canvas for developers to give people of colour new stories that feel culturally nostalgic and relatable to them. Heck, it’d be even better if these characters could be voiced by actual people of colour - authenticity is always a big plus point when it comes to making games feel realistic. Second, the canvas is also pretty open when it comes to female protagonists too, and we're happy to see that the sands already seem to be shifting in this direction. Remember when Naughty Dog had to push back against their higher-ups to feature Ellie on The Last of Us’ box art, because they believed the game would sell less for it?

Well, that ended up paying off in spades. Its sequel, The Last of Us Part 2 has become Sony’s fastest-selling PlayStation 4 game, featuring an incredibly diverse cast and a female playable character. The same goes for the best-selling (10 million copies) Horizon Zero Dawn. Its sequel is currently one of the most anticipated PlayStation 5 games - all of this boils down to the point that female-led games can be just as successful as male-led ones, and we could certainly use more of the former. 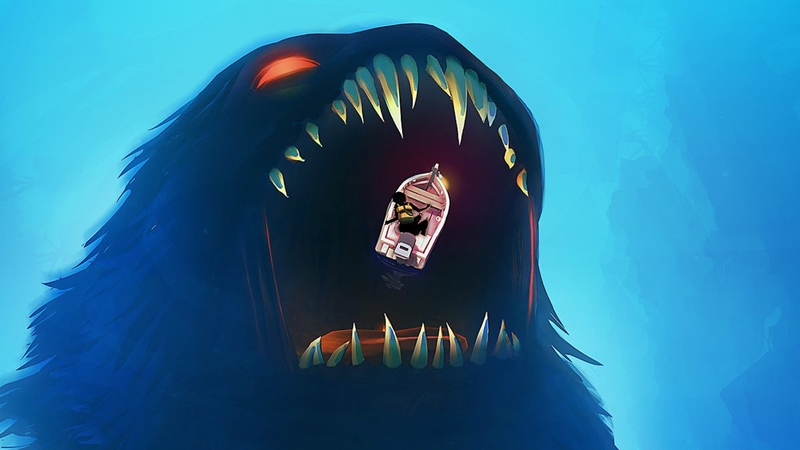 Third, we think it'd be good for developers to continue taking bold steps towards highlighting and eliminating societal stereotypes in addition to gender and race. This includes things such as bullying or the stigma surrounding mental health afflictions, and we'd like to salute the games that have already breached the surface. On that note, we'd like to bring up Sea of Solitude here as an honorable mention - it's a beautifully crafted game that does a very good job of showing the damage that domestic conflict and bullying can do to families and relationships, and why we need to address them.
In fact, one of the reasons why we decided to bring up Celeste earlier is because such conditions (mental health issues) are becoming quite prominent in our world at large. In the past few years, we've had many tragedies regarding gamers and personalities who've ended their lives because of it, and it's truly troubling. Accordingly, we feel that if developers are able to shine more light on these problems through their games, not only will we be able to save more lives, but perhaps the community might become more accepting of people with such conditions over time.

And everyone lived happily ever after? 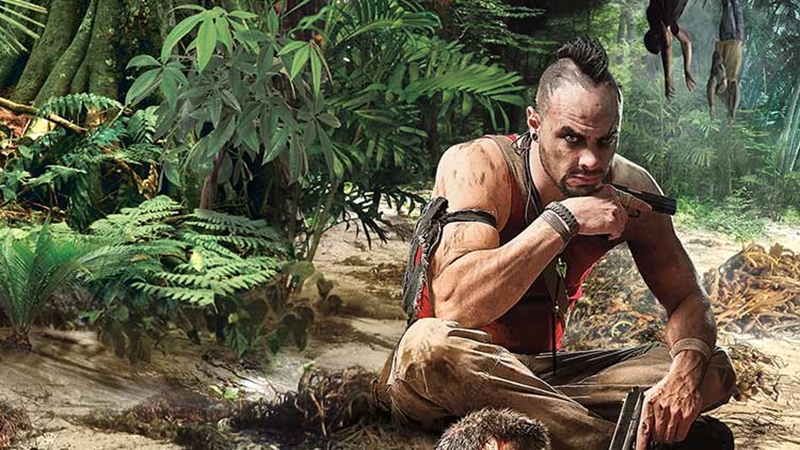 But at the end of the day, we still have to admit that this issue of "representation" in video games is largely a matter of perspective - some might think that developers are doing enough in this regard, while some might say that more can still be done. Honestly, we're inclined to side with the latter, as long as the community knows where to draw its lines and hold back. Otherwise, we'd like to applaud the developers who've already taken the first step towards addressing such issues.
Because, with gaming and media as powerful a force as they are today, they are indeed the perfect starting points and vehicles for change, and it seems we're making excellent progress so far - it'd be a waste to stop now.
Sponsored Links