The Vast of Night is a must-watch if you like creepy, eerie science fiction

The Vast of Night is a must-watch if you like creepy, eerie science fiction 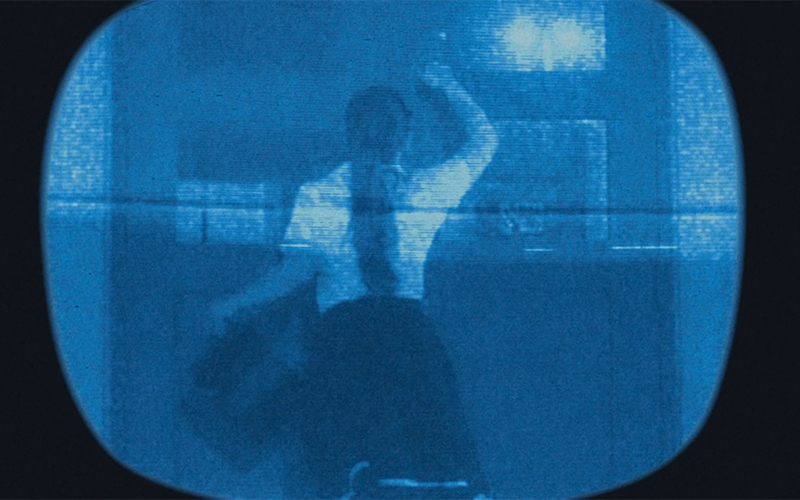 Is this The Twilight Zone?

The Vast of Night is beautifully evocative science fiction, plain and simple. The year is 1958, and things like clunky recorders, reels of tape, and primitive switchboards effectively immerse you in the feel of small-town mid-century America, which will soon play host to something strange in the sky. Taking place over the course of a single night in Cayuga, a fictional town in New Mexico, The Vast of Night deftly weaves the paranoia and Cold War anxieties of the time with tributes to classic science fiction tropes.

It opens with a retro TV in an empty living room and a Rod Serling-esque voiceover that tells you that you're entering "the realm between clandestine and forgotten", an unmistakable callback to The Twilight Zone. In fact, The Vast of Night goes so far as to frame itself as an episode of a TV series called Paradox Theater.

The debut feature from director Andrew Patterson, The Vast of Night clearly doesn't have a very big budget. But it makes the most of it with riveting camera work and intriguing dialogue, both of which practically compel you to give the characters your undivided attention as they plunge into the night and pursue clues across Cayuga, population 492.

We're thrust headfirst into the rhythms of an almost desperately mundane night in Cayuga, as most of the town prepares to gather to watch its varsity basketball team play. Everett (Jake Horowitz) is a fast-talking high school graduate who is helping to set up the game's recording equipment, and he takes the opportunity to record segments for his radio show with Fay (Sierra McCormick) as he makes his way to local station WOTW for his show. The station's initials will not be lost on those who know H.G. Wells, and it foreshadows what is lurking in the shadows in Cayuga on this night.

Much of the rapid-fire chatter that takes place in the movie's initial sequences is inconsequential, but Everett and Fay's conversation takes up a good 20 minutes, and you'll find yourself hanging onto their every word, trying to scrounge for a clue as to what's really going on. The camera trails them, almost as if you're literally trying to catch up with the pair. And given how dense the dialogue is, it's actually quite fitting. The two talk about things Fay has read in science magazines, including vacuum tube transportation, radio cars, and palm-sized telephone-like devices that people in the future will carry about on their person everywhere (smartphones, anyone?), further evoking the technology of the time and thickly laying on the nostalgia.

Fay finally starts her night shift as a switchboard operator, and that's when things start to get weird. Calls are mysteriously dropped, a panicked woman phones in about a large object hovering over her land and "something in the canyon", and there's an eerie, thrumming noise coming over the radio. The camera is absolutely, captivatingly still as Fay works the switchboard, and you can't help but sit rapt at attention as the mystery unfolds. The thrumming noise is a creepy, aural motif that pervades the entire movie. Created by David Rosenblad and Johnny Marshall, it's a mix of instrumentation, human throat noises, and mechanical humming, both unnatural and familiar all at once.

Fay soon takes this mystery to Everett, who plays the sound for his listeners, hoping that someone will call in with some answers. The writers, James Montague and Craig W. Sanger, take this opportunity to slip in another 1950s reference – a lucky caller will receive a piece of Elvis Presley's carpet, although we later find out that this is a bit of a scam and the shred in question is a fake. 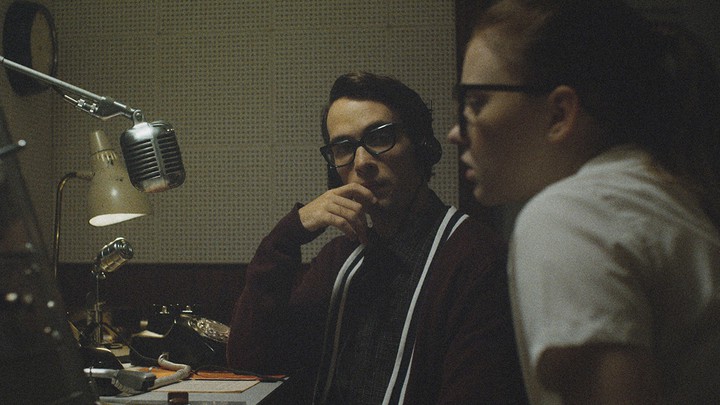 Soon enough, an old man who calls himself Billy (Bruce Davis) phones in with a story about secret military operations, large, unidentified objects on army bases, that same weird sound, and yes, Nevada. The movie shines light on the racial fault lines of the time too – Billy eventually reveals that he's black, bracing himself for the possibility that Everett will dismiss his account because of that. The entire narrative deploys signature science fiction tropes of the time, from military conspiracies to noises that aren't "military from any country". At this point, it's already patently obvious what we're dealing with here, as Billy ominously talks about a radar operator who realised that the sound was "coming from thousands of feet higher than anything could fly".

But as is characteristic of the paranoia of the 1950s, Everett's first instinct is to conclude that these mysterious occurrences are some sort of Soviet invasion. Patterson wastes no opportunity in making full use of the medium of the radio show though. The screen fades to black during certain segments of Billy's monologue, making it as if you're really listening to Billy over the radio and further forcing you to focus on the haunting words. It's a disarmingly simple technique that effectively ratchets up the tension, and it works great both for the show's slim budget and its overarching narrative.

Everett and Fay next interview Mabel Blanche (Gail Cronauer), an elderly woman with her own hair-raising tale. She knows nothing of the creepy noise that's been plaguing everyone all night, but she tells a story of her 10-month old infant speaking in an alien tongue and his eventual disappearance as a 9-year-old, suddenly "taken up from this Earth". When asked how she knows this, Mabel says his footsteps just stopped in the middle of nowhere, yet another popular genre trope. Mabel's story also takes place in near silence and complete stillness, making her account all the more gripping in the half-darkness of her living room.

In between, we're treated to an extended shot that takes us through the deserted streets of Cayuna, as that same eerie noise pulses in the background, juxtaposing the small-town setting against the mind-boggling proportions of the events that are afoot. This is beautifully restrained camera work, and it is absolutely mesmerising what Patterson manages to do with so little. The quality of the script shines through as well, as we're never able to shake the sense of a foreboding presence somewhere in the darkness above the town, despite never actually seeing anything for much of the movie. The Vast of Night is brimming with a spellbinding paranoia that never lets you go, playing on your imagination to conjure up unique terrors.

The movie's title, The Vast of Night, is itself delightfully evocative, calling to mind Isaac Asimov's Nightfall and the mystery and peril the night sky holds for those of us who are earthbound. The Vast of Night doesn't end as strong as it started, but its conclusion feels almost inevitable after chasing Everett and Fay through the night.