NVIDIA today unveiled a wide range of products based on their latest Tegra processor. Equipped in a SO-DIMM module no larger than a stick of chewing gum, it promises to deliver rich internet experience with full HD (1080p) playback capabilities at extremely low power consumption.

Together with industry partners, NVIDIA revealed 12 new mobile internet devices (MIDs) powered by the NVIDIA Tegra processor. The devices showed during the launch were from ODMs likee Compal Communications, ICD, Inventec Appliances Corp, Mobinnova, Pegatron and Wistron. Besides those, there are another 20 other designs in progress as well as new devices being developed by OEM partners. We will probably see retail designs for the general market soon, in the months leading to its introduction. NVIDIA expects Tegra-based devices to be available in late 2009, in time for the holiday season.

Prices for Tegra-based mini-notebooks will cost about US$199 from mobile carriers.

For those who do not yet know what the Tegra can deliver, think about it as a multi-purpose processor designed to power low cost, ultra portable MIDs. Inside the Tegra are eight processors with very specific functions that will automatically turn on when required by the application. According to NVIDIA, all processors will remain in the sleep state (means zero power consumption) until it's activated by the system. Besides that, each of the processor consumes very little power and they claim that it consumes lower than 1W during 1080p video playback. This simply means that a device will run longer on a single battery charge using a Tegra-based device over other MIDs. 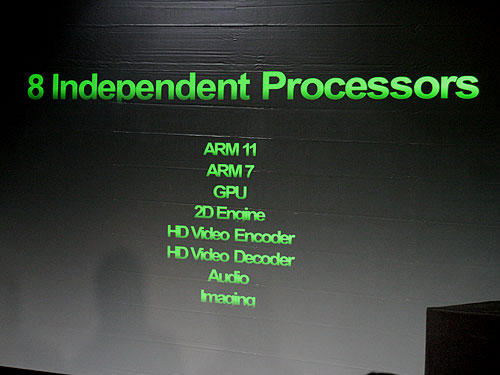 Some of the main experience that NVIDIA Tegra promises to deliver includes :-

To give you a better idea of some of its capabilities, here's a short video coverage of the launch event with a live demo too:-

NVIDIA also revealed its plans for Tegra with a product roadmap for the next 2 years. It plans to release a more powerful processor every year, with the Tegra II slated for production in 2010. NVIDIA is targeting its next iteration to be 4X faster than its first generation processor. The Tegra II will feature a dual-cortex A9 CPU, double the memory speed and footprint, supports 1080p HD video encode and enhanced 3D. 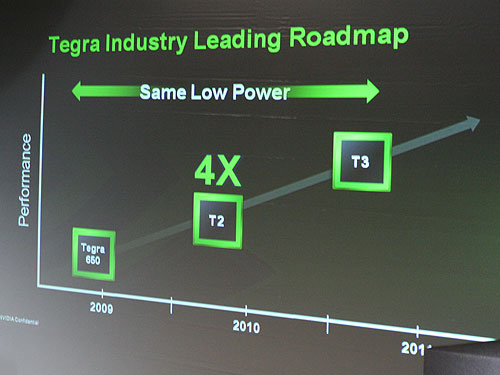 Currently, Tegra-based devices support operating systems such as Windows CE, Windows Mobile and Google Android. Their demo uses an OpenKODE-based user interface framework which enable window managers to communicate with OpenKODE applications. This is the foundation for window managers to mix and merge (or composite) multiple applications using OpenGL ES 2.0 for advanced transition and effects. 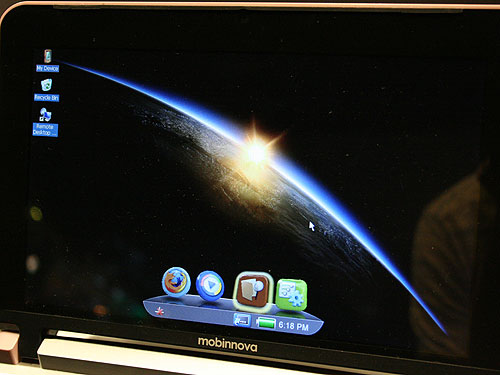