Star Wars: Tales of the Jedi review (Disney+): A thrilling peek into the past

Star Wars: Tales of the Jedi review (Disney+): A thrilling peek into the past 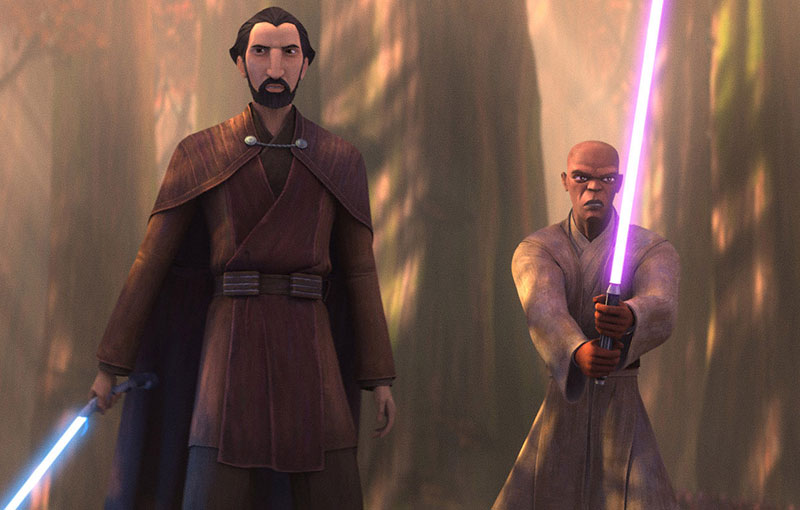 New Star Wars anthology Tales of the Jedi is one of the best animated Star Wars in recent years. Featuring six animated shorts from Lucasfilm Animation, the same studio that produced The Clone Wars and Rebels, the series offers a never-before-seen look at pivotal moments in the lives of two distinctly different Jedi — Ahsoka Tano (Ashley Eckstein) and Count Dooku (Corey Burton).

Set in the prequel era, each episode shines the spotlight on Ahsoka's rise as a Jedi, and Dooku's fall to the dark side. It is an eye-opening journey that fills in the backstory behind major events in the Star Wars universe. How exactly did Ahsoka survive Order 66? Why did Count Dooku, none other than the master who trained Qui-Gon Jinn (Liam Neeson), become the Sith Lord known as Darth Tyranus?

Despite the short length of each episode, Tales of the Jedi spans decades and showcases events that have galaxy-altering ramifications. Each short is beautifully animated, from baby Ahsoka taming what looks to be a giant saber-toothed cat to scintillating lightsaber duels.

Count Dooku's descent into darkness is particularly poignantly captured. While we know him as a Jedi fallen from grace in the prequel trilogy, he was little more than just another Sith Lord to be defeated.

Tales of the Jedi fleshes out his story, painting a picture of a man who was never inherently evil. However, he was already showing signs of turning to the dark side early on. When a young Dooku and Qui-Gon, then still a padawan, are dispatched to resolve a hostage situation on a distant planet, Dooku nearly kills the corrupt senator who has so blatantly neglected his people.

It is a display of excessive rage, decidedly unbecoming of the usually stoic Jedi, and Qui-Gon has to be the one to rein him in.

In another episode, Dooku is confronted with yet another unsavory politician. Wielding his signature curved-hilt lightsaber, the same one that will eventually glow with the red of the Sith, his impulsive actions result in the death of another senator.

When taken to task, his disdain for authority and the Jedi Council is clear as day. He believes that the political system of the galaxy, and maybe even the Council itself, is rotten from the inside. It is letting down the common folk the Jedi are supposed to be defending, and the Jedi are gloriously ineffectual because of their blind allegiance to the Senate.

However, one of the purest parts of the series remains his relationship with his former padawan. His fondness for Qui-Gon is obvious, and he cares deeply for his student. In a scene set during The Phantom Menace, Qui-Gon reports an encounter with Darth Maul, a worrying sign that the Sith are newly resurgent.

Unsurprisingly, the Council's response is sluggish, almost unwilling to acknowledge the possibility that the Sith have returned. Dooku's frustration in the face of their failure to act is almost understandable — his fall to the dark side comes from a desire to do good, although the show stops short of justifying his actions.

"I want only to bring peace and order to the galaxy," he tells Master Yaddle. But Star Wars fans know how his story ends — while his hubris told him he could use the dark side to his own ends, it ends up consuming and controlling him. Instead of creating the peace he so desired, he throws the galaxy into chaos.

Dooku is a man in turmoil. Qui-Gon's death hits him hard, and his sorrow at the loss of his old student is palpable. But when Yaddle confronts him and gives him a chance to turn back and help her defeat Darth Sidious, he refuses. He eventually murders her in cold blood, effectively sealing his transformation into Darth Tyranus.

Meanwhile, Ahsoka is fighting battles of her own. As one of the few Jedi to survive Order 66, she ironically owes a debt to her master Anakin Skywalker (Matt Lanter). Anakin put her through a grueling training regimen, teaching her how to defend herself when being fired upon by multiple highly-trained clone troopers. That training will come in handy, as she and Rex walk out to face a legion of troopers who have now turned against them in the Siege of Mandalore.

While the Star Wars films have always revolved around the Skywalkers, Tales of the Jedi is a reminder of the countless small moments and characters that helped set in motion the events we saw in the prequel trilogy.

But of the two character arcs, it is Dooku's that feels the most impactful. It throws into sharp relief the events that led to the Jedi's downfall. In many ways, it was a fall of their own making, born from their ignorance, complacency, and rigid adherence to the rules — an inflexibility and blindness that led to them being all but eradicated from the galaxy.

Qui-Gon's death, even if it happens offscreen, is also another inflection point. It has been theorized that he could have been the one to stop Anakin from turning to the dark side, and Dooku's own spiral. While Obi-Wan eventually triumphed over Maul, it is arguably Maul who won the larger battle by vanquishing the one man who held so many pieces together.

Tales of the Jedi is streaming now on Disney+.