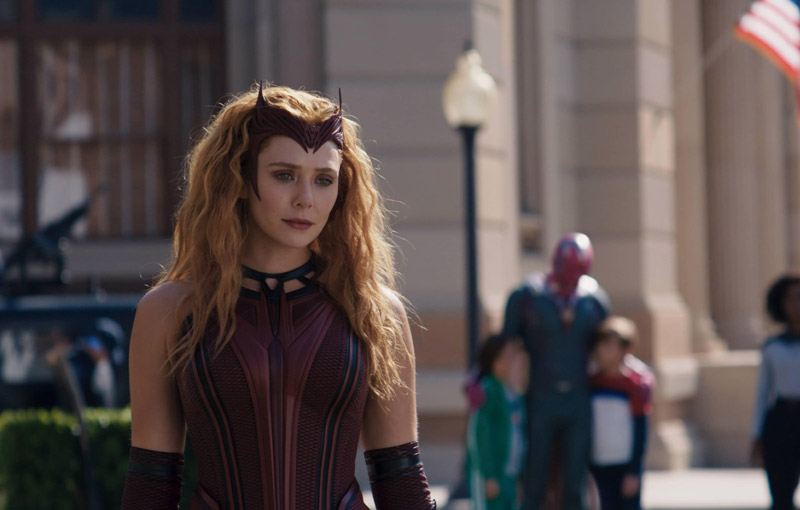 Where does this unusual couple go from here?

In my pre-finale breakdown of WandaVision, I made a note of the fact that the series had way too many loose ends to tie up neatly in just one episode. It’s unfortunate that I still feel that way, now that it’s all over. While Marvel Studios’ first superhero series on Disney+ ended with an action-packed finale reminiscent of its cinematic peers, watching these characters throw each other through buildings felt like a jarring heel-turn in the established tone.

Mostly, this boils down to the fact that WandaVision simply had too many balls in the air by the time its finale came around, and failed to juggle them for much longer. Some characters were written out of the show offscreen. Others returned for a poorly-delivered gag. In the midst of all this action-packed chaos, could we not have spared a minute to give Director Hayward a less cartoony motivation for all his evildoing?

If it wasn’t obvious before, we’re going to dive into full spoiler territory here and discuss WandaVision’s big MCU set-ups. If you haven’t seen the finale, turn away now! 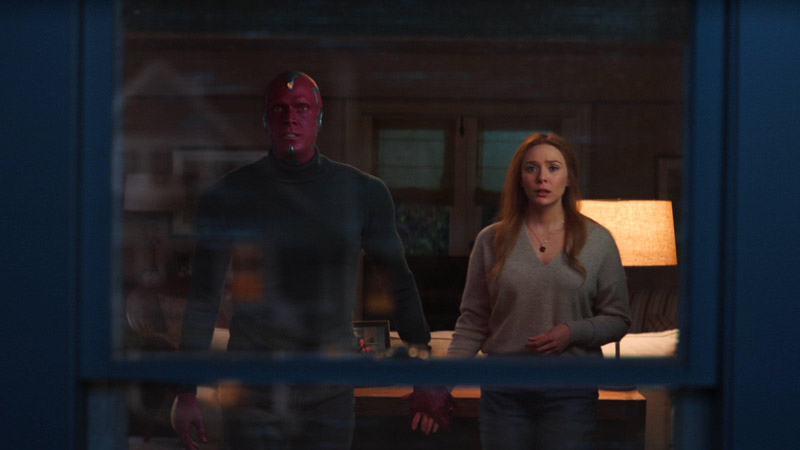 In theory, WandaVision’s finale gave fans everything they wanted from the series to begin with: key emotional scenes dealing with Wanda’s tragic losses, big action-packed sequences where the two Avengers go toe-to-toe with a worthy adversary, and some interesting set-ups for their future appearances in the MCU. If you divide the finale up into these individual pieces, they make for rather satisfying servings. When put together however, they fall apart. It’s in the execution.

WandaVision had a lot of loose plot threads to tie up in a neat bow, so it's frustrating that the events of this finale felt so incredibly rushed. Fan favourites like Jimmy Woo and Darcy Lewis made enough of a mark in early episodes that I was expecting them to play some role in the finale - but other than Jimmy escaping captivity and Darcy preventing Hayward’s escape, they ended up being strangely inconsequential to the entire plot. Darcy gets a bizarre offscreen sendoff, and Jimmy only shows up later for cleanup. The complaint of WandaVision’s episodes being too short is well-worn at this point, but it feels especially justified when you consider how much this finale could’ve touched on and just…didn’t.

Monica Rambeau was clearly slotted into this series just so she could receive powers and hop onto the next big thing in the MCU (we’ll talk about that in a bit). After all this buildup to her manifesting powers and creating a bond with Wanda, she just showed up for a quick Fake Pietro gag without participating in the larger battle. Her character really shone through this season, but her arc ends on such a whimper. Even Agatha Harkness could’ve used more fleshing out. We know that she wanted power from Wanda - but why? What did she want to do with that power? Didn’t she have enough? Kathryn Hahn owned this role, but without her, this would’ve been just as weak and underdeveloped a villain as Doctor Strange’s Kaecilius. 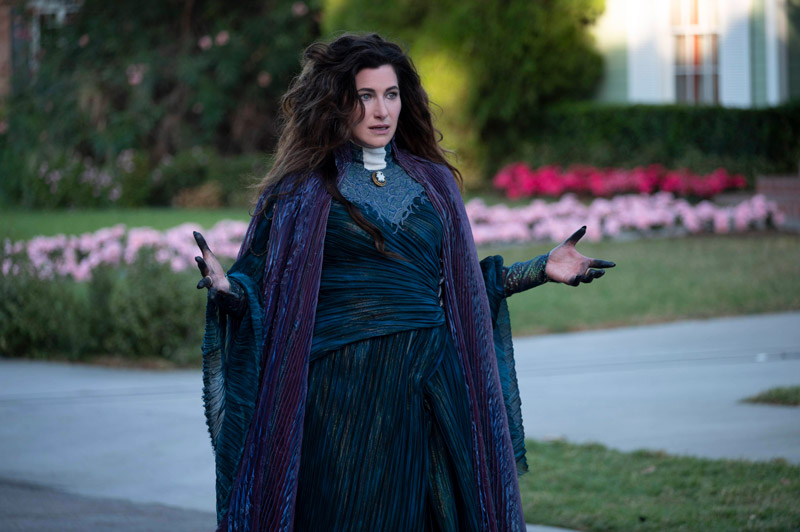 At the very least, the show doesn’t make the mistake of killing off someone with so much potential. Instead, Wanda imprisons her in Agnes’ sitcom-infused form for good within the Hex. There’s a very high chance that we’ll see her return somewhere down the line, and hopefully with more depth. WandaVision ended up feeling like a journey that was far more worthwhile than its destination. I honestly enjoyed the sitcom episodes more, because at least we were seeing a thoughtful examination of grief play itself out at a smoother pace. To see the story conclude with magic bolts and flying superheroes (with shaky CGI, might I add) was unsatisfying.

The Marvel Cinematic Universe is one long story that never seems to end, setting up bigger and bigger things as it goes along. The new danger in this ever-expanding world is that unless creators are careful, their smaller stories might just get lost in the shuffle. That’s what happened here. Too many things to set up, and not enough time to do it well. 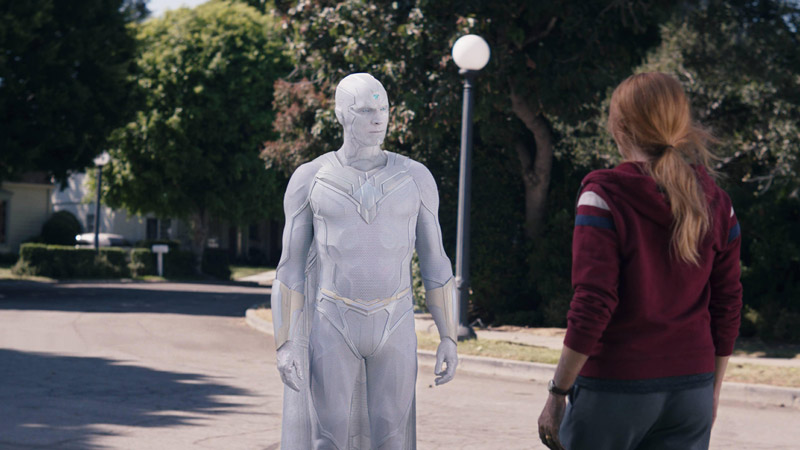 There’s so much to pick apart in the way this story has played out, but it would be remiss of me to not focus on the good bits too. We had our suspicions from the start that Vision wouldn’t make it out of this series alive, given the dubious nature of his resurrection. In the finale, we learned that Vision was conjured from a fragment of the Mind Stone that rests within Wanda. Just like Wanda’s children Tommy and Billy, his existence is tied with the reality-warping Hex surrounding Westview. When Wanda chooses to collapse the Hex, he collapses with it.

Their parting words are as sweet as they are sorrowful, comforting both the viewers and each other that the MCU hasn’t seen the last of its most unusual couple. “We’ve said farewell before, so it stands to reason...” Vision trails off, and Wanda continues: “We’ll say hello again.” After shedding a tear, he remarks upon his transformation from Tony Stark’s AI JARVIS to an Avenger, and later to a memory made real. “Who knows what I might be next?” he asks knowingly. 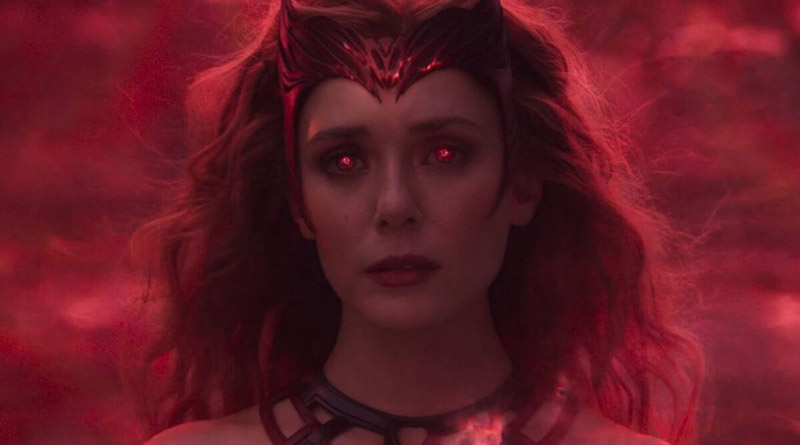 We have the answer, even if Wanda doesn’t. This Vision is dead, but White Vision is still out there. An altercation-turned-intellectual debate between the two ended with Hex Vision restoring White Vision’s memories. After re-learning his past, White Vision’s eyes clear, the chip in his head turns orange and he states boldly, “I am Vision,” before flying into the air, never to be seen again. This has happened in the comics as well - Vision returned with a chalk-white appearance devoid of emotions, and grew apart from Wanda due to his suddenly robotic personality.

I’d wager that this happens to the MCU’s new Vision as well - back as an Avenger, but with his past self’s warm kindness replaced by a cold and calculating personality. It would certainly spell trouble for Wanda and Vision’s relationship, if they ever wanted to return to it. This is an interesting way to bring Vision back into the fold without robbing WandaVision of its emotional impact. Wanda’s final goodbyes to her husband and children still feel heartbreaking, especially since it puts her back where Endgame ended: alone.

What do those post-credit scenes mean?

The finale might not have seen a Doctor Strange cameo like so many rumours claimed, but we did get two very interesting post-credits scenes hinting at future MCU shenanigans. The first post-credit scene dealt with Monica Rambeau, who checks in with Jimmy as he coordinates cleanup at Westview. Monica is then pointed to a nearby theater where someone has asked to see her, but that person soon reveals themselves to be a Skrull agent sent from Nick Fury. The agent wants to recruit Monica on behalf of Fury, and when asked where they’re going next, simply points upward. The final frontier.

After their introduction in Captain Marvel as shape-shifting refugees at war with the Kree, the Skrulls have enjoyed a much bigger presence in the MCU. In 2019, a Spider-Man: Far From Home’s post-credits scene revealed that Nick Fury and Maria Hill had been Skrulls the whole time, operating on the real Nick Fury’s orders. And where’s he? In deep space, working with Skrulls as he commandeers a spaceship.

Disney’s Investor Day conference announced that Monica Rambeau would return in Captain Marvel 2, so there’s a big chance that we’re going to see Carol Danvers, Fury and Monica deal with a plot concerning the Skrulls again. A Disney+ series called Secret Invasion will also feature Fury and a Skrull from Captain Marvel - Talos, so who knows? We could see Monica appear in both of these projects in due time. In the comics, Secret Invasion was a huge crossover event following a faction of Skrulls who had been infiltrating Earth for years. The MCU might be prepping for a smaller-scale version of that. 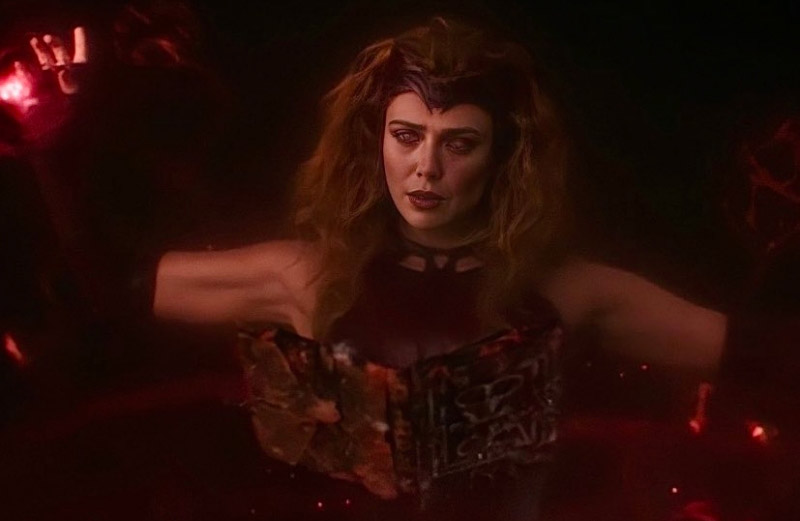 The second post-credit scene shows Wanda taking up residence in a cabin in the middle of nowhere. It’s soon revealed that while her physical self is walking around drinking coffee, she’s also mining the Darkhold’s secrets in her astral form. It’s worth noting that this is something that even Doctor Strange, the Sorcerer Supreme can’t do - he passes out every time he tries to astral project. It’s a neat little way of telling the audience: “Hey, you know the most powerful magician in the MCU? He just got dethroned.”

After flipping through the mystical Darkhold’s pages, Wanda’s eyes light up when she hears the cries of her children. Now, this is just a theory, but it seems extremely likely that the Scarlet Witch is rooting through dark spells and forbidden sorcery to find some way to bring her children back. Given that she’s slated to return in Doctor Strange and the Multiverse of Madness, we could see her dip into alternate universes to bring some form of Tommy and Billy back. In the comics, they do get resurrected eventually as Speed and Wiccan - members of the Young Avengers with no memories of their previous selves.

Of course, Doctor Strange might have something to say about that. After the events of WandaVision, Wanda can only be perceived as morally grey at best (she did enslave and mentally torture an entire town, after all!), but I could see her turning to outright villainy if that’s what it takes to get her children back. Either way, she's not getting a warm welcome at Avengers base anytime soon.

You can subscribe to Disney+ here, if you want to check out The Falcon and the Winter Soldier next week!