After warming up the audience, CEO Huang proceeded to introduce NVIDIA VGX, in his own words, "...a technology that virtualizes the computing environment such that irrespective of your computing device, we can provide access to the corporate technologies and data that you need.". With the touted energy efficiency of Kepler as well as its Virtualised GPU capabilities, NVIDIA ultimately hopes to see the adoption of its VGX technology into data centers where users of differing computing requirements can conveniently access the computing powers of the shared Kepler GPUs from any device of their choice. One manner to deliver this technology would be the use of a universal Citrix end-user application, that when executed, will deliver a 'dedicated' virtual CPU-GPU stack to the user's device that is effectively tethered to a shared Kepler GPU. 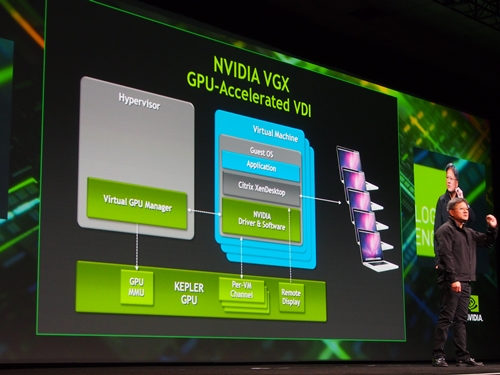 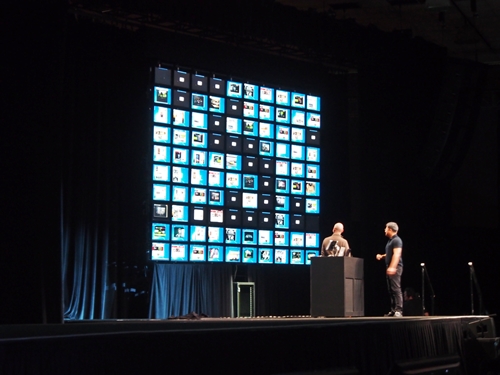 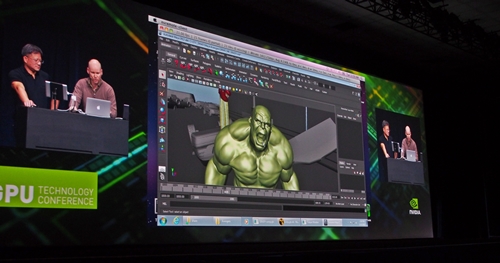 There was a live demonstration of GeForce GRID in collaboration with cloud computing services company, Gaikai. The demonstration was carried out with two players slugging it out in an unreleased first-person mecha shooter titled "Hawken". 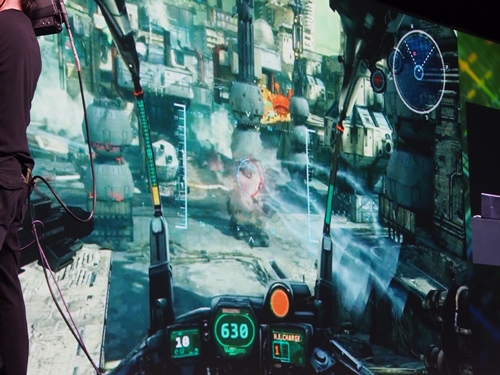 With such varied applications of the cloud computing capabilities of the Kepler GPU, NVIDIA seems true to its word when the company said that it wanted to throw its weight behind GPU computing and take it to new heights by democratizing the technology by making it convenient for anyone, regardless of their computing requirements and constraints. It is truly the empowerment of people, computing power to the people.