To Mars and Beyond

Hopping our way to space 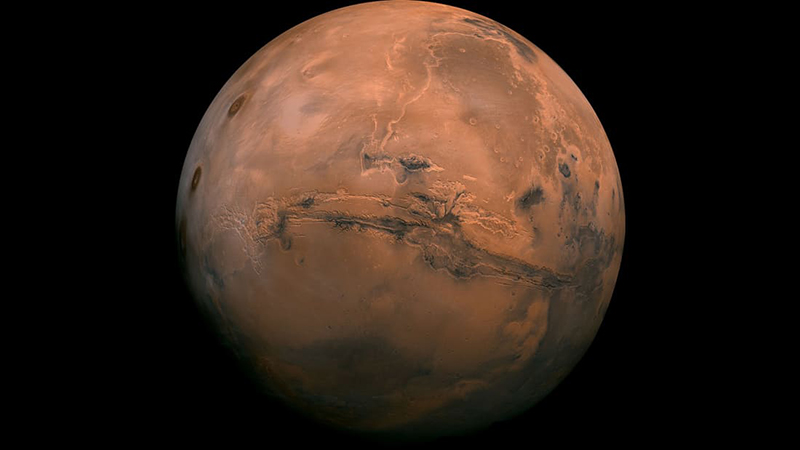 Last June, NASA’s Curiosity rover detected surprisingly high amounts of methane in the Martian atmosphere. At 21 parts per billion of methane, it was nowhere close to the levels seen on Earth, but it was enough to have people ask the tantalizing question again. Is there life on Mars? On our planet, methane is produced by microbes called methanogens or ruminants like cows. However, it can also stem from geothermal reactions, which have nothing to do with biology or living organisms.

Adding to the mystery is the fact that this isn’t the first time methane has been detected on Mars. In 2013, the Curiosity rover detected a similar spike in methane levels, a finding corroborated by a new analysis of old readings from Mars Express, an orbiting spacecraft built by the European Space Agency. What’s interesting is that these surges in Martian methane appear to be seasonal, following the rhythm of the red planet’s seasons. Furthermore, it only takes a few centuries – a blink of an eye in geologic time – for methane to be broken down by sunlight or chemical reactions, which means that this methane is relatively new.

But as scientists scramble to analyze existing data and collect more precise measurements in order to determine the source of this methane, some of us on Earth are instead looking to take life to Mars itself. SpaceX CEO Elon Musk has gone on record as saying that an off-planet colony is humanity’s best hope of coming back from what he thinks is the high possibility of a nuclear war or some other cataclysmic event.

With NASA having fallen so far from the heady rush of the Apollo days and the Moon landing, it often seems like progress in space today is in the hands of billionaires and their private space companies like SpaceX and Blue Origin. Musk in particular is really impatient and eager for progress. He wants to be there on Mars in 2024, an entire decade ahead of NASA’s planned 2034 arrival. But is NASA just slow, or is Musk simply foolhardy? 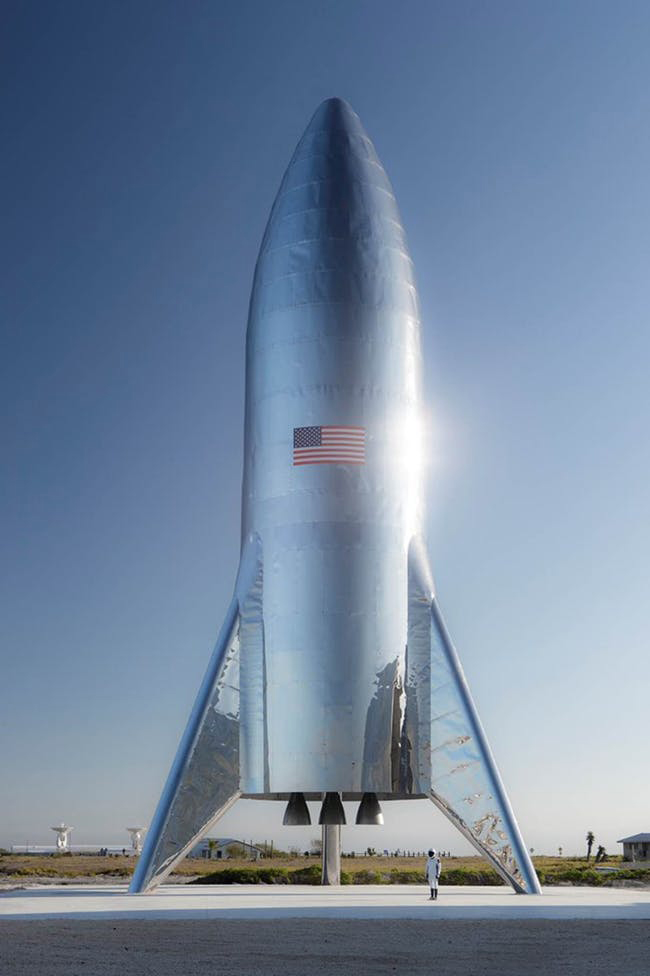 Of course, there’s a giant rocket at the center of Musk’s plan. In September 2017, Musk unveiled the Big Falcon Rocket (BFR) at the 68th International Astronautical Congress in Adelaide, Australia. This was a two-stage design, featuring a huge booster powered by 31 Raptor engines and the spaceship itself. In fact, Musk thinks that we can build a sustainable colony on Mars by 2050.

Fast-forward to November 2018, and Musk was ready to christen the BFR with a new name, even though it didn’t – and still doesn’t – exist in any fully operational capacity. The part of the rocket that will actually carry people is now called Starship, while the rocket booster is referred to as Super Heavy. Starship may not be going to any stars in the near future, but ambitious as always, Musk has said that later versions will.

The current prototype of Starship is now built out of 301 stainless steel, a departure from the aluminum and carbon fiber that was originally proposed. Stainless steel doesn’t sound as advanced or even as light as carbon fiber, but it is also a lot cheaper and may even perform better. It also suits the purposes of the rocket quite well, since the type that SpaceX is using, which has a high chrome-nickel content, actually gets stronger in cryogenic conditions. It essentially has a high fracture toughness, so it can withstand small structural imperfections like cracks and prevent them from propagating.

But while you want your rocket to be able to withstand the cold in space, you also want it to be able to tolerate heat when it reenters the atmosphere. Stainless steel has a really high melting point, and it can go up to around 1,500°F. 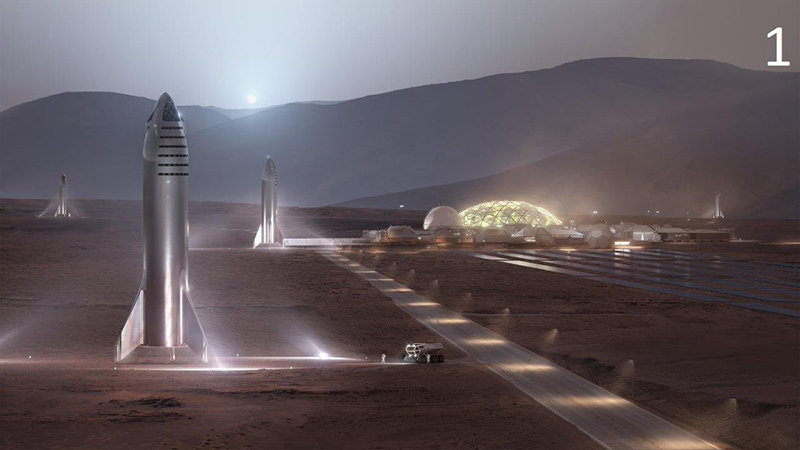 The metal also allows SpaceX to work toward Musk’s goal of a regenerative heat shield. The rocket will need a heat shield anyway for reentry, but by replacing the tiles used on the current ship with something akin to a stainless steel sandwich, SpaceX can inject water – or some other suitable liquid – into the space between the two layers. The water will absorb heat, and the shield will bleed water through micro-perforations to cool the windward side (the side facing the atmosphere) of the rocket, a process known as transpiration cooling.

This type of heat shield is referred to as "regenerative" because you technically only have to refill the heat shield's reservoir, instead of replacing all the insulating material that burned away in more conventional designs. That said, there are still significant hurdles to overcome. For instance, this design is particularly vulnerable to clogged pores, which can happen when water vapor suddenly freezes.

Truth be told, the Starship prototype looks glorious, and its stainless steel hull looks like a vision straight out of 60s science fiction. If all goes according to plan, Starship will stand roughly 118m tall atop the Super Heavy booster. That’s taller than even the Statue of Liberty and would make for a really imposing sight. There's also a reason it's so shiny – the metal surface will get too hot for paint, so SpaceX is opting for a stainless steel mirror finish instead.

In the meantime, a second prototype is being built in Florida, an example of a bit of competition going on within the company itself. These engineering "contests" are not uncommon, and SpaceX is likely to incorporate the best elements of both designs into its final craft. 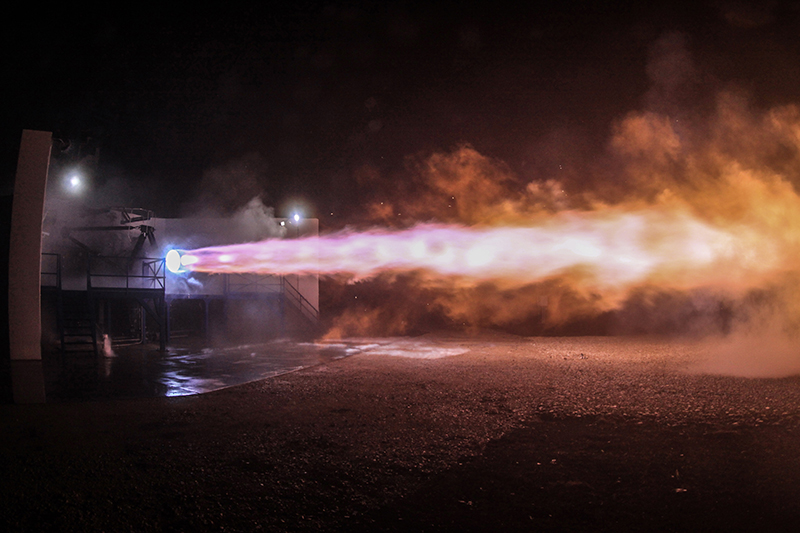 Getting to Mars is a complex affair though. The Super Heavy booster will first need to power Starship and help it get to orbit, before returning to the launch site itself. Next, Starship needs to be refueled in orbit by multiple flights of a similarly sized tanker before it can head to Mars.

This tanker is basically an alternate version of Starship, and is also powered by a Super Heavy booster. There are actually three possible versions of Starship, comprising Starship, the tanker, and a craft for satellite delivery. After topping up the ship, the tanker returns to Earth.

But before Starship can even think about lifting off, tests have to be conducted. SpaceX is using a brand new Raptor engine, and the top priority is to ensure that it works and, well, doesn't undergo a "rapid unscheduled disassembly". To do that, the Starship prototype, also colloquially dubbed Starhopper, needs to make several “hop” tests, comprising both low- and high-altitude flights up to heights of 16,400 feet. Each hop is also performed on a tether, which keeps Starhopper close to the ground for safety purposes.

These tests are supposed to demonstrate that Starhopper can hover and land safely. In addition, SpaceX is using them to explore various fuel mixture ratios, among other things. The current version has just one Raptor engine, but later versions will have up to three, while the fully operational Starship is expected to have six. Three of these will be specially optimized to work in the vacuum of space, while the other three will be optimized for sea-level operation.

Eventually, SpaceX hopes for Starship to replace the Falcon 9 and Falcon Heavy, and even the crewed and cargo versions of the Dragon capsule. Starship will handle all of SpaceX’s loads, including, but not limited to, the settling of the Moon and Mars. In fact, that's a big part of Musk's plan to pay for Starship. By cannibalizing its existing portfolio, SpaceX thinks that it can keep Starship going simply by diverting all its existing resources to Starship.