One of the companies under the Epsilon Electronics group, Soundstream is an American company that is perhaps better known for its vehicular audio components. A quick look at their webpage shows dedicated audio products for car video and audio, as well as marine audio along with options for home and portable audio, so these guys certainly know their stuff.

Today’s speaker in concern is the Soundstream Picasso, a mid-sized speaker in Soundstream Asia Pacific’s line-up which also includes the smaller Icon and a premium Harmony speaker that’s powered by 24W RMS class D amplifiers. The Picasso measures 235.0 x 77.7 x 77.7mm and weighs 900g so it is certainly quite hefty in its own right. 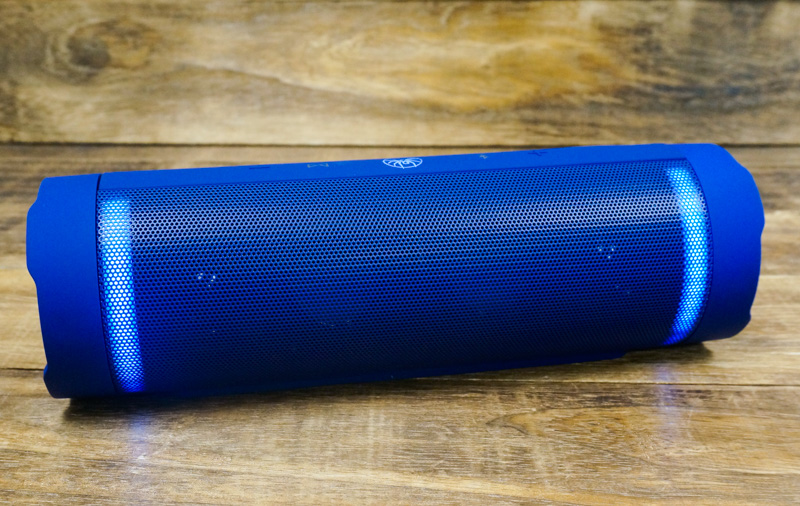 The Picasso is also a fully waterproof speaker with an IPX7 rating that uses dual 61mm passive radiators to pump out sound. A fairly modern-looking speaker with colour options of Black, Poppy Red, Peony Blush Pink, Cobalt Blue and Silver, it's probably targeted towards a younger crowd. That’s further reinforced by the glowing LED lights on both sides and the spider logo that is featured prominently on the on/off button, as well as on both radiators on the sides.

Like the JBL Link 20 , two units of the Picasso can be paired together wirelessly for stereo sound. This works well as the connection between units stayed stable despite being some two meters apart. More importantly, we didn’t detect any lag between the speakers' audio output, so it's a great way of getting a wider sound stage and true stereo audio (if you don' mind doubling your outlay). 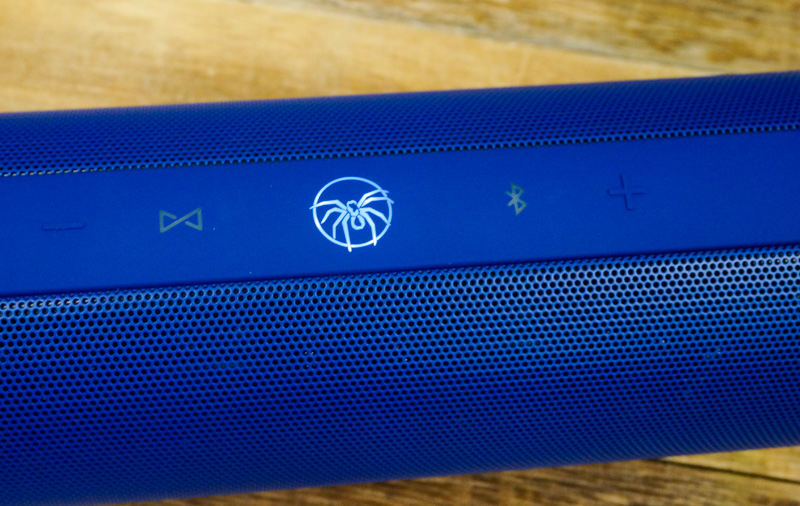 We gave the speaker a quick run to see how it actually fairs in terms of audio quality. Starting with a recording of Daft Punk’s Technologic, we thought the speaker did a good job on the vocals but was lacking some bass heft. There was just enough to be felt, but felt a little underwhelming given the claims of “rich bass”. Still, the speaker kept up well with the pace of this faster moving track.

Moving on to a more jazzy piece in Diana Krall’s Temptation gave the speaker a chance to show off its imaging capabilities, as it did a good job of rendering Krall’s vocals separate from the backing instruments. There's good weight to her vocals, so she really carries you through the piece.

Finishing off with the acoustic version of Hotel California by the Eagles confirmed that the strength s of this speaker lies more in the highs and mids. Understandably, this track comes across as too centred when played through a single Picasso as it doesn’t seem to bounce sound the way the Sound Blaster Roar Pro does, but we thought it also did a pretty good job of picking up on the various instruments in this piece, making for an enjoyable listen overall.

Overall, we'd say the Soundstream Picasso is a decent speaker if you're looking for a portable speaker you can take with you to the beach or the pool. There's enough oomph from it to fill a small living room, so you can certainly use it to get the party going.

The problem though is that the portable speaker segment is an incredibly crowded segment and its ~S$300 price point could be tough to swallow. Fortunately, if you are interested, online retailers have it going for much less:-