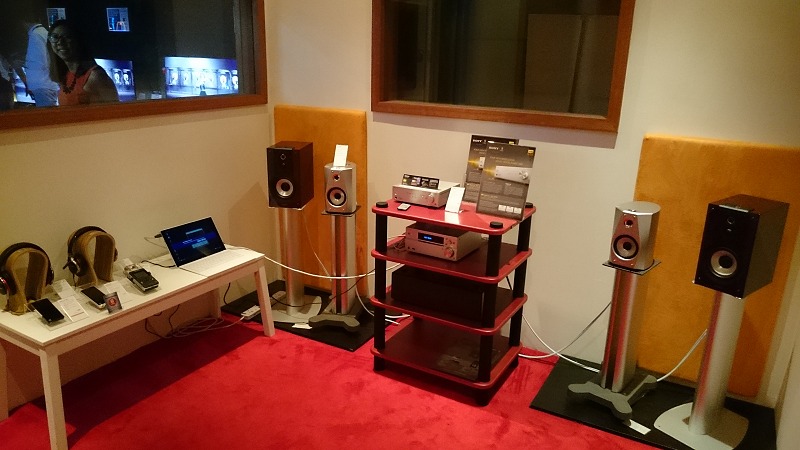 At Sony’s major audio product launch announcement yesterday, Mr Endo Atsushi (General Manager, Sony Head Office Singapore) said their new products were specially tuned to "allow you to discover details and nuances in your music that you never noticed before”.

He expects you to be able to enjoy the all the sounds in a performance, including every breath taken by the performers! That’s why Sony has paid special attention to the ability to create distinction between big sounds and small sounds with their new products, as this results in a deeper sound stage and a more immersive listening experience overall. 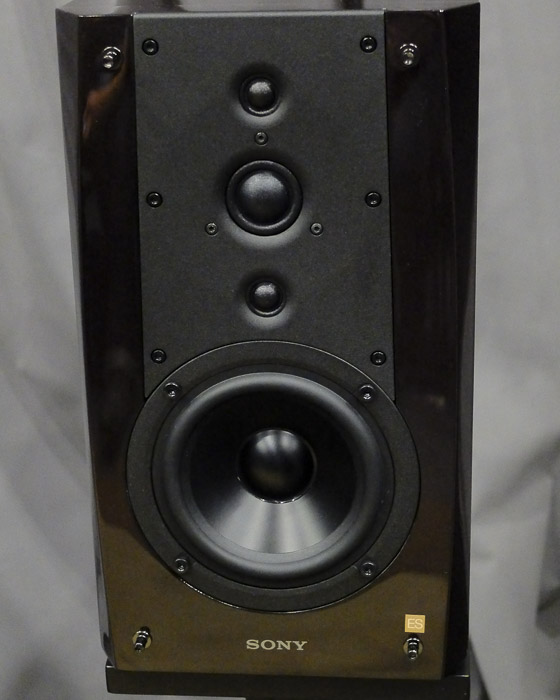 We were ushered to a private listening room for a demonstration of the Sony SS-NA5ES bookshelf speakers, and we must say we were really impressed by the volume and quantity of sound those tiny speakers delivered.

We later learned that this has as much to do with the quality of wood used in the construct - only quality Scandinavian Birch Wood Body is used to ensure high acoustic resonance and strong performance - as does the unique I-Array tweeter system employed.

In this system, the main soft dome tweeter is supported with two smaller ones, thus allowing for the tweeter units to cover a wider range of frequencies, allowing the speaker to easily recreate the ambiance of the original recording. These tweeters are backed up by a paper cone mid-range unit for smooth highs, and a stiff aluminum woofer for clear, solid bass.

Going along with Sony’s push towards High Resolution Audio, three high-res FLACs were played, all mastered at 24-bit, 96Kbps, and the results were really quite impressive, as the sound seemed to be coming from much larger speakers than what was right in front of us.

Isn’t she lovely as rendered by Livingston Taylor was warm and smooth, and you could easily pick out the finger play as Mironov worked his guitar behind. More importantly, the sense of imaging the speakers created made it easy to pick out where each instrument was.

Pricing and availability for this bookshelf speaker set have yet to be announced, so do stay tuned for updates.

Meanwhile, the SRS-X7 and the SRS-X5 both struck us as handsome portable 2.1-channel speaker units, both with NFC capabilities, and S-Master digital amplifier built-in to enhance vocals and ambiance by refining the audio signal feed. While the SRS-X7 provides only 6 hours of playback, the SRS-X5 offers up to 8 hours, and is a fair bit smaller to boot (as you might be able to reference by the relative size to the phone placed beside them). 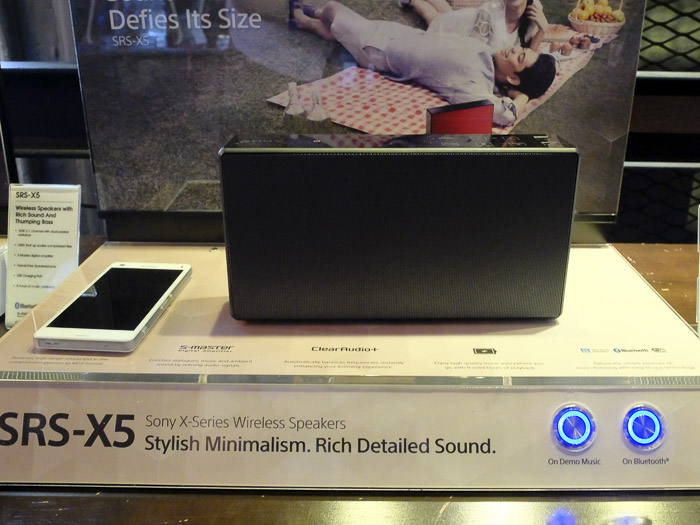 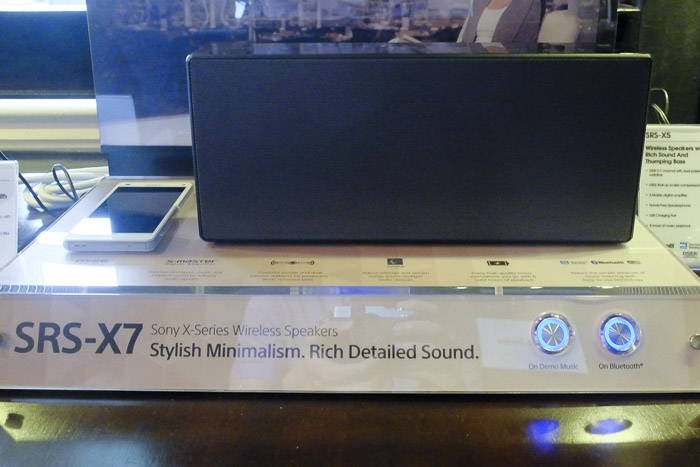 The SRS-X5 weights in only at 1.2kg and it packs 20W of audio output with dual full-range speakers and a compact subwoofer. Given its size, it's quite likely to be used for multi-purpose needs and so Sony equipped it such that it can act as a hands-free speaker phone. The larger SRS-X7 weighs in at 1.9kg and packs 32W of audio output. While it may not sound like a lot, it packs a dual full-range speakers, a compact subwoofer and dual passive radiators. In addition to Bluetooth and NFC based wireless connections, the larger SRS-X7 also has Wi-Fi and DLNA support for a wider variety of connectivity options. So if you fancy Wi-Fi music streaming via Spotify, Deezer and other music services, you can do so with the SRS-X7 along with an app-based control on your phone.

Running a few of the provided test tracks, we felt that the SRS-X5 was probably more for intimate listening, as it had a slightly mellow sound signature, nice on the vocals, and also fairly competent with pacey tracks. The SRS-X7 on the other hand, boasted deep rumbling bass, with good upper mid and highs. This unit does go fairly loud comfortably, so we’d easily see this being used as a main unit for a party.

These portable speakers from Sony are priced at S$299 and S$499 for the SRS-X5 and SRS-X7 units respectively. These speakers complement the higher-end desk-bound SRS-X9 that supports hi-res audio playback and was launched earlier in the year. It's however also much more expensive at S$899 but boasts more powerful audio hardware.