Brace yourself, for the folks over at Sony South East Asia have kickstarted the new year with a fresh salvo of consumer products. Held at the Marina Bay Sands Convention Center, Sony's "Inspiring Innovation" media conference showcased a whopping total of twelve Cyber-shot compact cameras, eight Handycams, two Bloggies, four VAIO mobile computers (including one HD PC/TV) and twenty-six exclusive BRAVIA models in all. What's most pertinent, however, is the presence of 3D capabilities found in their flagship models tagged under the Handycam, VAIO, Bloggie and BRAVIA suites. As anticipated, Internet-connectivity is also featured heavily in Sony's BRAVIA tellies.

Some models have already been released into the wild, such as a handful of Cyber-Shot cameras and BRAVIA TVs, while the rest of the newcomers will be launched in a staggered timeline for the local market. Here are some key takeaways from Sony's lavish event. 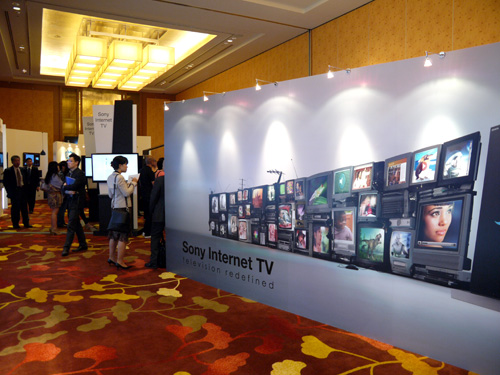 To begin with, the VAIO range will welcome major additives to its F, S, C and L series. Leading Sony's charge is the VAIO F series, a Full-HD laptop capable of delivering a 3D experience on its 16-inch screen with Sony's Disparity Control feature which auto-tunes the 3D depth. Best of all, it also does 2D to 3D conversion on the fly as well. Geared for performance, the 13.3-inch S series will boast of a switchable Dynamic Hybrid Graphics system, SSD drive, and a nifty Full-Flat Extended battery pack. Those of you who prefer striking colors will lean towards the new 14 and 15 inch C series. It comes in five gaudy hues, but what makes it really interesting is Sony's implementation of a light emitting material on its lid and palm rest. The L series is essentially a reborn 24-inch AIO, which comes with a touchscreen display. 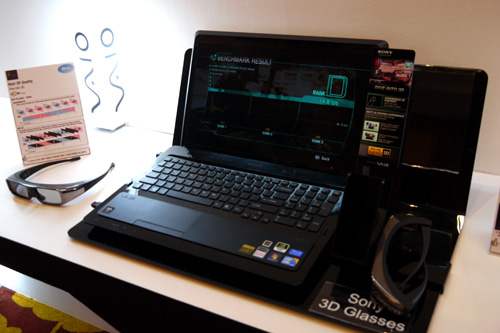 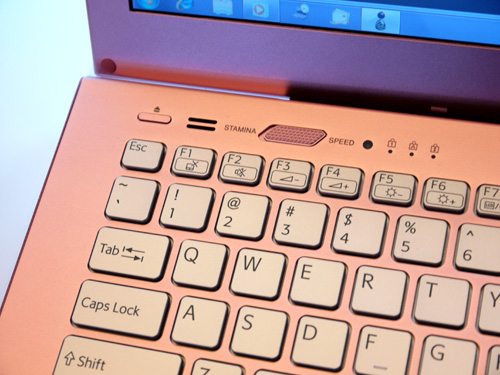 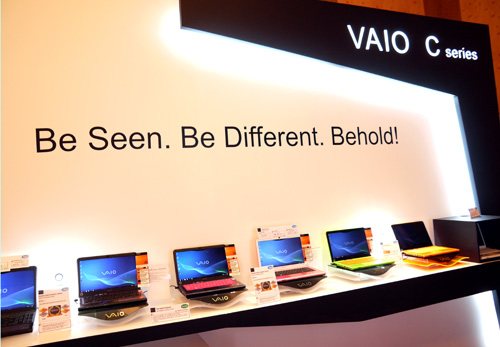 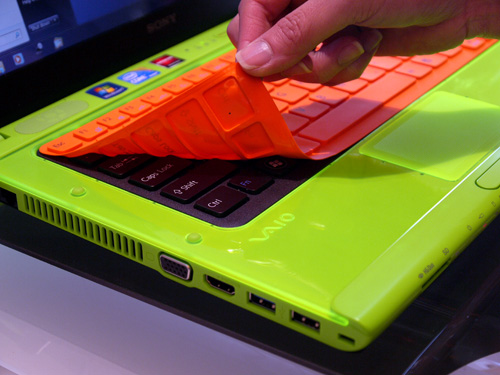 From notebooks, let's move on to the Cyber-shot compact cameras. Out of the twelve models launched, four Cyber-shot models will include Sony's new 16.2MP "Exmor R" CMOS sensor such as the TX100V, TX10, HX7V and WX7 models. Besides enabling you to shoot Full-HD vids, the new sensor also allows you to form a 3D picture by shooting with a single lens and imager. Apart from that, models such as the new J10 also sports a built-in USB plug which eliminates the need for cables, while the TX100V series will feature a 3.5-inch OLED touchscreen display with Full-HD 50/60p recording capabilities. Shutterbugs scouting for an affordable model can bet on the entry-level W510 which promises a 12.1MP sensor and 4X optical zoom. 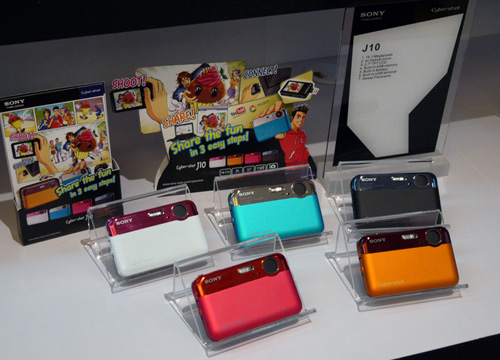 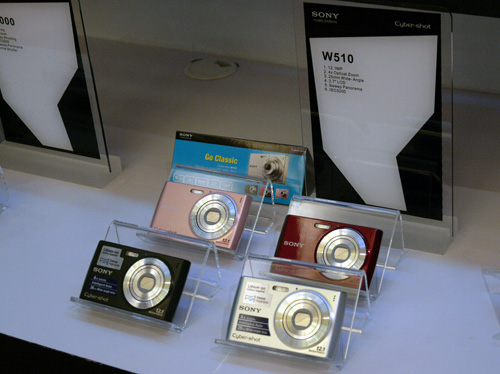 The most outstanding Handycam model will have to be the 3D-capable HDR-TD10. Apart from its dual Sony G lenses, the 3D camcorder also comes equipped with two "Exmore R" CMOS sensors and two "BIONZ" image processors which enables you to shoot in "Double Full-HD". Furthermore, users have a choice of viewing 3D clips without glasses on the camcorder's 3.5-inch touchscreen LCD, or with glasses on a compatible 3D-ready HDTV. Based on what we've experienced with the TD10, viewing 3D images on the camcorder's screen didn't impress us much, although the stereoscopic effect offered more depth on a 3D TV. Another plus on Sony's list is the built-in projector found on three Handycam models, the HDR-PJ50, HDR-PJ30 and HDR-PJ10.  What about their projection range? Well, they'll land you a display size of 60 inches when projected 3 meters away. 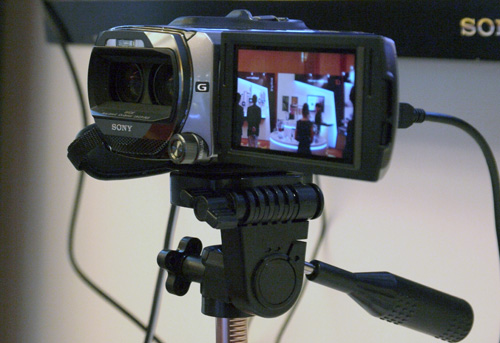 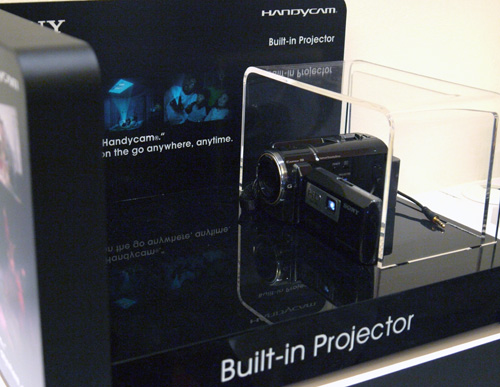 Last but not least, Sony has souped up their BRAVIA HDTV range with more 3D-ready models, which includes the HX925, NX720 and EX720 series. The 2011 line-up will also witness new video processing engines from Sony, such as X-Reality PRO and X-Reality which separate incoming video signals by texture, outline, and color to recreate the best picture possible. The Japanese CE giant is also making a leap back into full-matrix LED backlighting and local dimming features with the introduction of the improved "Intelligent Peak LED" backlighting found in the HX925. In addition, Sony's focal push into Internet TVs is evident during the launch as well. Twenty of the announced models will offer Internet connectivity and access to online entertainment. Besides integrating social networking widgets such as Facebook, Twitter and YouTube, users can also look forward to a built-in web browser as well as Android and iPhone remote-control apps for compatible BRAVIA models. 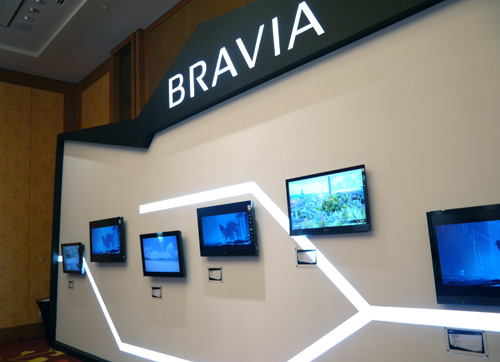 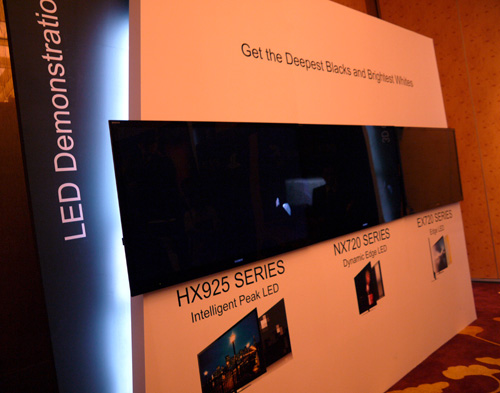 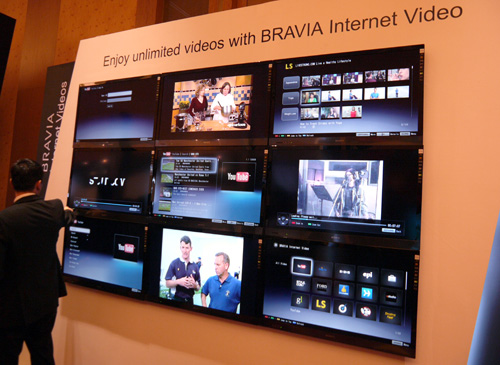 Now that you are briefly acquainted with some of Sony's new faces, it's time to hit the jumps for a detailed look at the rest of the clan.