Hands-on with the Sony Bravia A1 OLED TV

First published on February 23, 2017, this article has been updated on May 29 with pricing details. 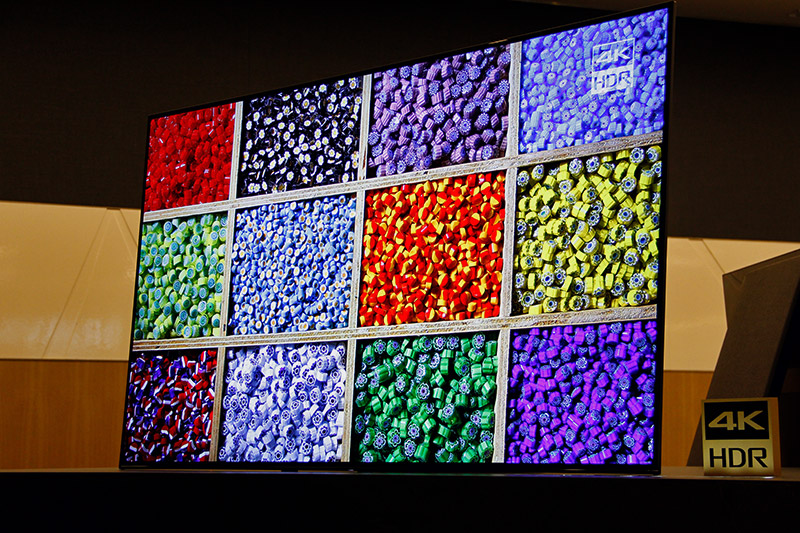 Long may this TV war continue

An interesting TV trend that came out of CES 2017 is that more manufacturers are making OLED TVs. While LG is still the most vocal champion of this emissive display tech for TVs, if you don’t like what the Korean company offers, you’ve alternatives from Panasonic and Sony. (But not Samsung.) And of this trio, Sony is the first to confirm its OLED TV plan for the Singapore market.

For the uninitiated, the Bravia A1 series is Sony’s first large-screen OLED TV. A 4K UHD TV that supports HDR10, Dolby Vision, and (at a later date) Hybrid Log-Gamma (HLG) HDR formats, the A1 also touts a new X1 Extreme processor with tons of horsepower to handle all the real-time processing (e.g., object-based HDR remaster, color gradation smoothing, noise reduction, 4K upscaling) required to make the eight million self-illuminating pixels look good. Sony’s long-time picture realism and color-enhancing secret sauces such as 4K X-Reality Pro and Triluminos Display tech are found on the A1, too.

Now before I go on, know that Sony has always been confident of its image processing prowess for its LED-LCD TVs, and it remains the case even when the company switches to OLED for the A1. In fact, Sony is saying it’s this whole suite of proprietary processing technologies that makes the A1’s picture quality stand out from other OLED TVs. While this may sound like an answer to deflect the question on where it sources the A1’s OLED panel from, I do agree that in-TV processing is important and affects what you eventually see on screen. (Else, all TVs with the same panel will look the same, no?).

Of course, I’ll reserve picture quality judgment until I’ve a retail unit to test, but first impressions are very positive. The super-deep blacks and seemingly infinite contrast that combine to make a picture pop, a common OLED TV characteristic, definitely applies to the A1. 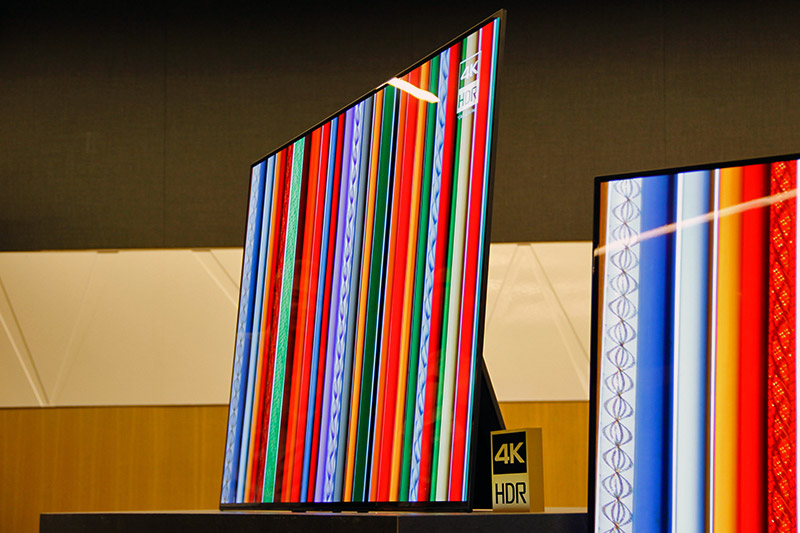 OLED’s backlight-less nature also gives Sony the space to attempt something quite unheard of for a TV. I’m referring to the A1’s Acoustic Surface sound technology. In case you didn't realize from the photos above, the A1 has no traditional speaker flanking its sides. Instead, the whole screen is the speaker. This is achieved by incorporating four actuators at the rear of the TV (a pair on each side), which vibrate to produce sound through the screen.

To tell the truth, when I first heard of it, I was worried that there would be a noticeable shake that would impact viewing experience. That's totally not the case based on my hands-on today. At a normal listening volume, I didn’t notice any movement; and at very loud volumes, I found the A1 to vibrate no more than any other TV with traditional speakers attached to it (I didn't even see any movement). In short, the whole viewing and listening experience was great: I really got the feeling that, you know, the actor’s voice came from his mouth, and not some speaker at the bottom of the TV. 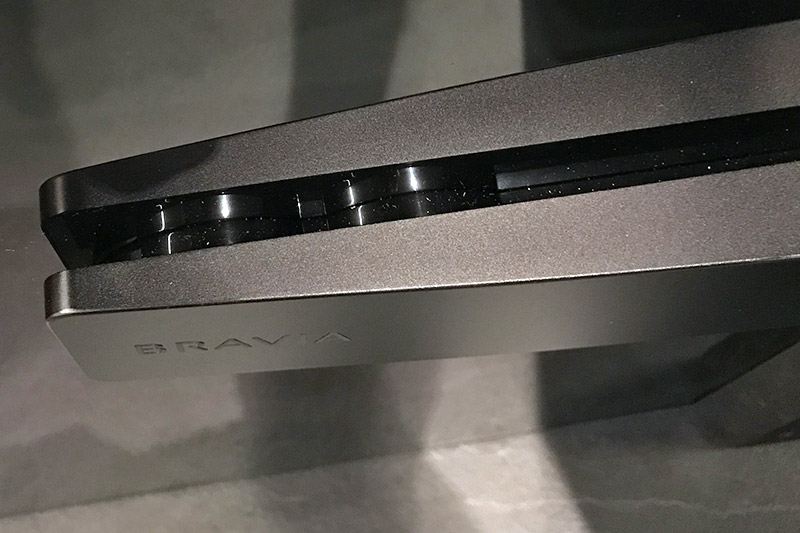 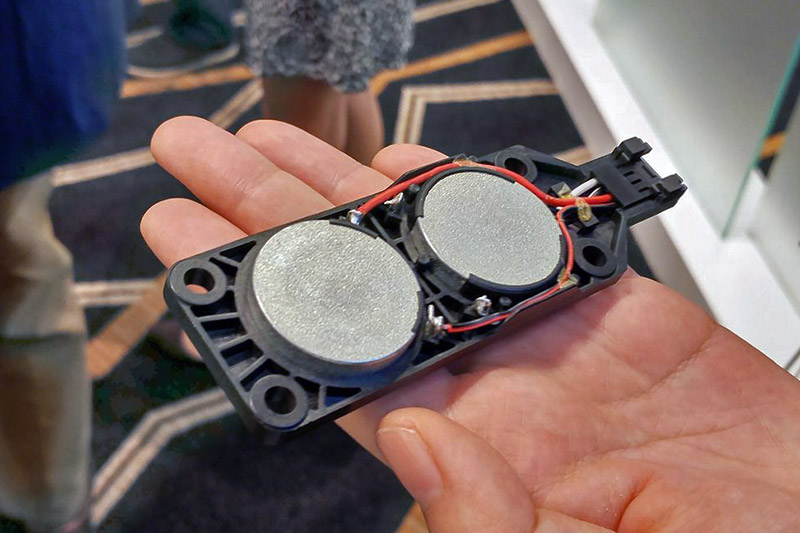 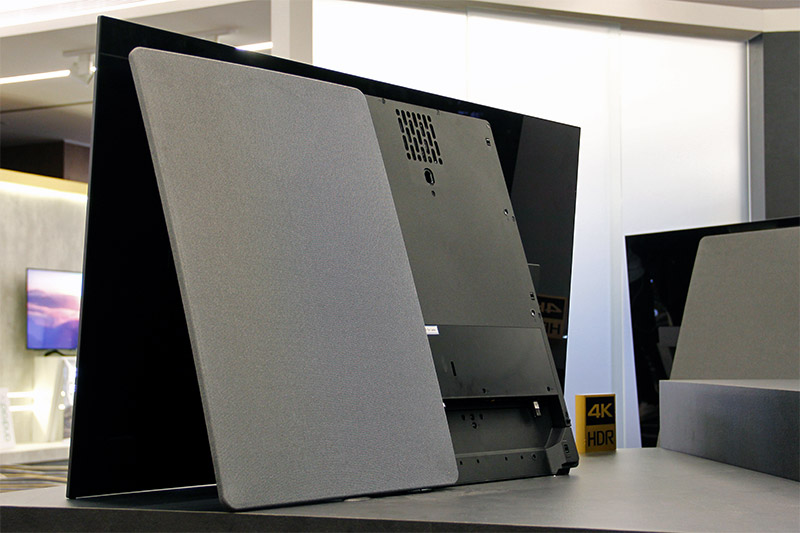 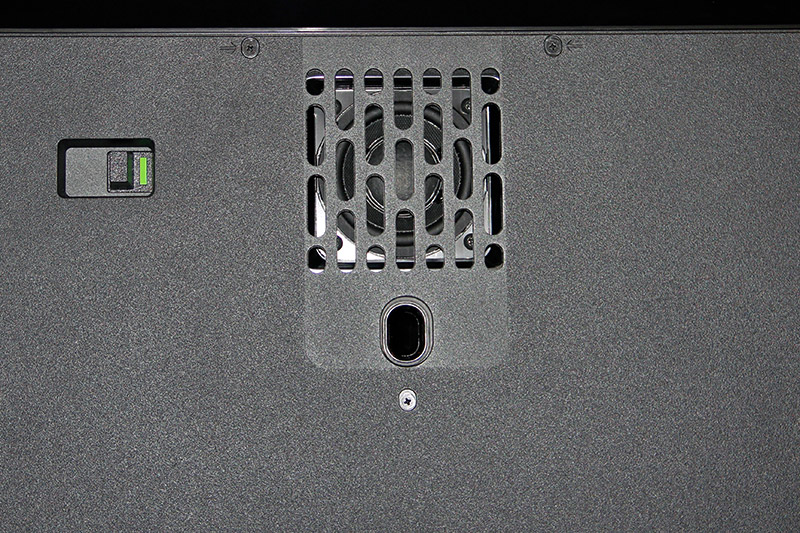 To bring this focus-on-the-picture idea one step further, Sony has also eliminated the traditional under-TV stand or feet. Much like a photo frame, the A1 is propped up with a flap-like stand on its back, which is well hidden from view when you’re standing in front of the TV. And underneath its removable cover is where you’ll find access to the I/O terminals and space for cable management.

Last but not least, the A1 continues to run on the Android TV platform (Android 7.0 Nougat, no less). Access to the Google Play store aside, you can use Google Cast to get video from your phone to the big screen and use voice search to find content. And if you’ve a Google Home connected speaker, you can use voice to control the TV.

To end, Sony Singapore will be selling the 65 and 55-inch versions of the Bravia A1 4K HDR OLED TV here. But exact availability and pricing details will only be shared at a later date. 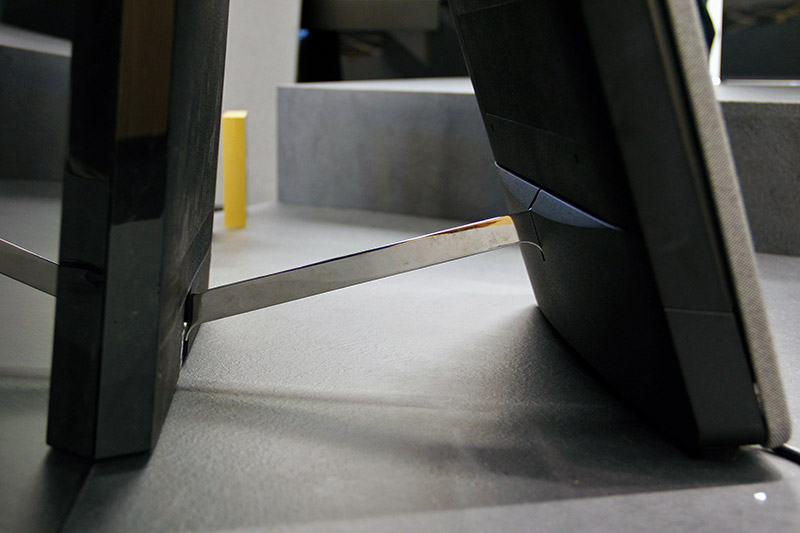 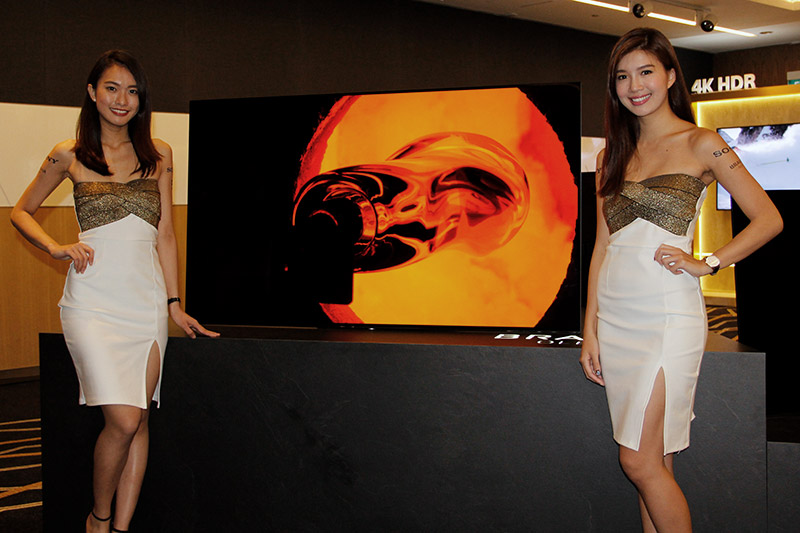