The Z3 and Z3 Compact are powered by Qualcomm Snapdragon 801 quad-core 2.5GHz processor, but come with different amount of RAM. The Z3 has 3GB RAM while the Z3 Compact has to make do with 2GB RAM.

We will be comparing the Z3 and Z3 Compact against their predecessors and the new Apple iPhone 6 models. Let's take a look at the benchmarks right after this comparison table:

Quadrant evaluates a device's CPU, memory, I/O and 3D graphics performance. The two Z3 models' performance in the Quadrant benchmark is somewhat similar since they run on the same processor albeit with a slower clock speed on the Z2. The Z1 Compact slides slightly behind the pack due to the use of an older Snapdragon 800 chipset, but the disparity is hardly a concern. For comparison's sake, the HTC One (M8), Samsung Galaxy S5 and Note 4 scored 25,945, 23,169 and 24,729 points respectively.

Since all the recent flagship smartphones max out the scores for the Standard and Extreme tests, we will only be looking at the scores for Ice Storm Unlimited. All six devices had comparable scores in the 3DMark Unlimited benchmark and are on par with other premium devices too. What's odd is that the Z3 Compact scoring higher figures than the Z3, but given the differential we've seen across the premium devices on similar hardware specs, it's still within the acceptable range. 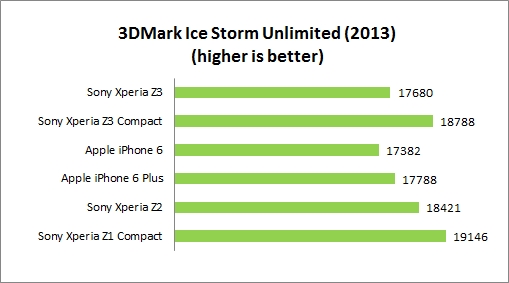 SunSpider Javascript helps measure the browsing performance of a device when processing Javascript. It not only takes into consideration the underlying hardware performance, but also assesses how optimized a particular platform is at delivering a high-speed web browsing experience. Both Z3 models have a slight improvement compared to their predecessors, but are no match for the new iPhone 6 models.

Based on its internal lab testings, Sony claims that the Z3 and Z3 Compact have a two-day battery life from general use. In our casual everyday usage, we can easily get 1.5 and close 2 days of usage before resorting to a phone recharging session.

When put through our formal battery-life drain testing, we feel the two Z3 models fared decently too. Although it has a smaller battery capacity compared to the Z2, the Z3 managed to outlast its predecessor by over half an hour in our formal testing. The Z3 Compact's battery mileage is only 10 minutes shorter than the Z1 Compact, but its bigger battery capacity (2,600mAh vs 2,300mAh) is offset by the slight increase in display size. It also fared better than the iPhone 6 by lasting 48 minutes longer in the same test.

If we look at the Power Consumption chart, it is evident that Sony improved the power management on the Z3 although it is debatable whether the same applied for the Z3 Compact; the latter's bigger display could have contributed to a higher power draw.

We measure the portability of a device by calculating its battery life to (weight x volume) ratio. Due to the improvements in battery life and more compact form factors, both the Z3 models scored reasonably well in the Portability Index. We see a significant improvement on the Z3 when compared to the Z2, and the Z3 Compact also did a good job by matching the iPhone 6 and outshining its predecessor.

Sony also bundled some camera apps with the Z3 models, which are Face In, AR Fun, Movie Creator, Multi Camera and Sound Photo. You can download more apps from Sony and other third party developers in the Download tab. 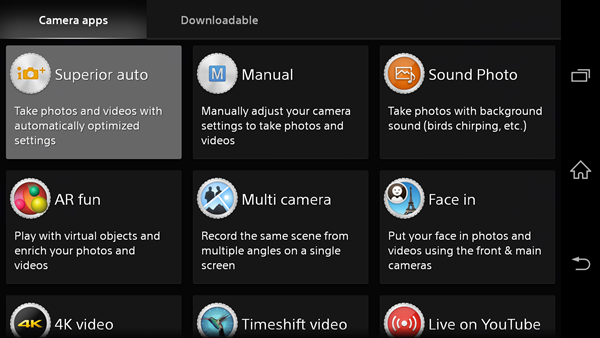 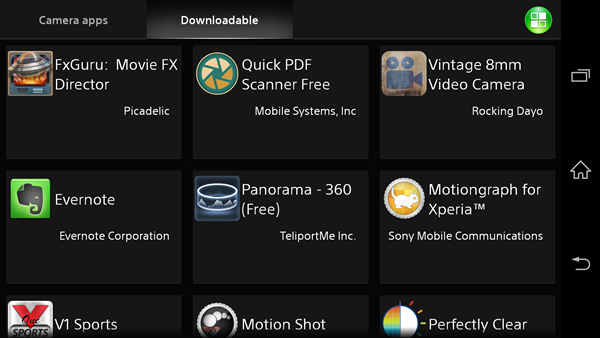 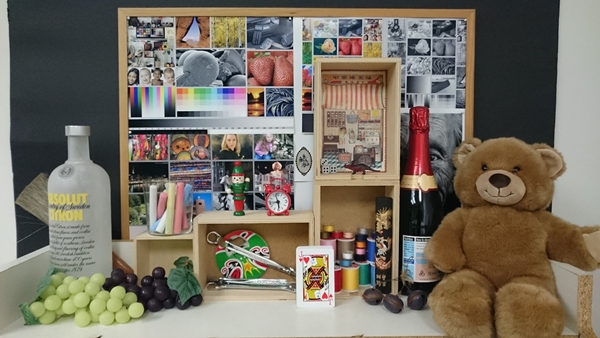 While image quality is good, it could have been better if Sony had equipped either or both phones with optical image stabilization (OIS). Coupled with its maximum ISO rating of 12,800, OIS could possibly boost the Z3's low light imaging capabilities. There are several Android flagship smartphones with OIS, which are the HTC One (2013), LG G3 and Galaxy Note 4. Apple recently introduced OIS on its iPhone 6 Plus too.

We ended this review in a dilemma - which Z3 model should we recommend to our readers? We faced a similar situation when Apple unveiled the iPad Mini with Retina Display and the iPad Air last year. So here's our take:

If you are looking for an Android smartphone with flagship specs and a form factor that allows you to use it easily in one hand, there is without a doubt that the Z3 Compact fits the bill. Aside from the aging Motorola Moto X and iPhone 6, you'll be hard pressed to find any other phone that is comparable in design, build quality, handling and overall performance. The retail price of S$798 may be a little on the high side and in close range with some bigger flagship phones, but its overall proposition (including dust and water protection) is sufficient for you to shell out that amount of money for its capabilities.

On the other hand, consumers who find phones with displays below 5-inches a tad too small can go for the Z3. The improved aesthetics makes the Z3 one of the most stylish Android flagship smartphones in the market and we also like its improved ergonomics. At S$998, the Z3 is also on the high side especially when you take into account that there are compelling alternatives such as the S$658 HTC One (E8), S$898 Butterfly 2, S$599 Oppo Find 7A, S$719 Find 7 and the S$928 LG G3.

Overall, there isn't much to criticize about the new Z3 models, except for the fact that Sony's six-month release cycle is more than likely to alienate the Z2 owners and turn off any consumers who are looking to invest in a flagship smartphone for the long term. Sony could have made the Z3 models more competitive by outfitting them with OIS and adding other notable improvements, but like the predecessors, we find each new Z-series product a minor update to an already good product in general.

So if you're an existing Z2 or Z1 smartphone owner, there's little reason to upgrade to the Z3 models. What about the original Xperia Z owners? That would depend on the state of your phone. After all, it was only launched early last year and there are already three successive iterations in this short span of time. We can't really say the Xperia Z3 is the obvious phone choice to upgrade from the Xperia Z because there's not that many tangible improvements - more so because even the Xperia Z gets an Android 4.4 KitKat update among other Sony software updates and it's still a relatively speedy phone. For those who like to stay updated and have the best from Sony, the Xperia Z3 offers a design update, a snappier camera with higher resolution shooting capabilities, 4K recording, better color options and a slimmer, more durable design.

Does that mean the Xperia Z3 isn't a great phone? Not at all. It's just that it didn't improve notably all through the various iterations, which is both a pro and con to Sony's phone release strategy. In comparison, the Xperia Z3 Compact may not be an upgrade option for most Xperia Z1 Compact owners as the predecessor was only made available early this year and would better appeal to those owning older devices like the Xperia V or others.