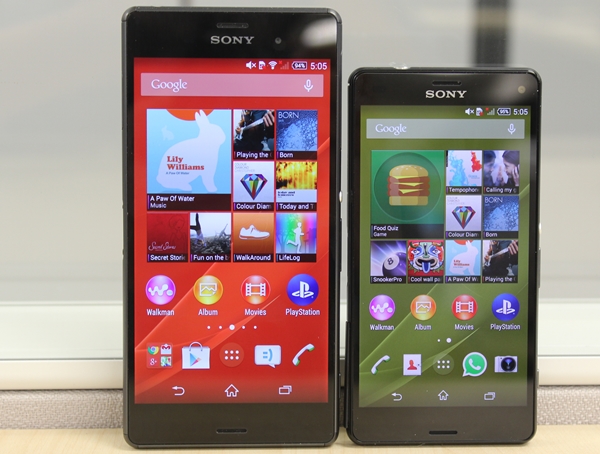 You should be no stranger to Sony's strategy of releasing new flagship smartphones on a six-month cycle. Earlier this year at Consumer Electronics Show 2014, Sony unveiled the 4.3-inch Xperia Z1 Compact and subsequently introduced the 5.2-inch Xperia Z2 at Mobile World Congress 2014.

Just a month ago at IFA 2014, Sony took the wraps off the successors of the two devices - the Xperia Z3 and Z3 Compact. The timing was right; Apple announced two bigger iPhone 6 models weeks later and the pair of smartphones, especially the Z3 Compact, seems like the most compelling counter. Are they that good? Let's find out in this review. Below is a quick overview of their specs:

(Note: We've done a hands-on article with the Xperia Z3 and Z3 Compact, so we'll only summarize the key points and additional observations here.)

After three generations of Xperia Z phones, Sony finally made some changes to the design of the new phones and the design team deserves some credits here for doing a great job. Besides sporting more rounded corners, Sony managed to reduce the height, width, thickness and weight on the Z3 even though it has the same display size as the Z2; the new model is 0.8mm shorter, 1.3mm narrower, 0.9mm thinner and 11g lighter.  This also puts the Z3 in a more competitive position against the HTC One (M8) and Samsung Galaxy S5 in terms of handling.

Some bulk is also shaved off on the Z3 Compact, with the new model measuring 0.9mm thinner and 8g lighter than its predecessor. When placed alongside the Z1 Compact, you can can just about tell that the Z3 has a bigger screen (4.6-inch vs 4.3-inch) while maintaining the same form factor. This is made possible by the vastly thinner bezels.

There are also some minor changes to the design of the buttons, ports and covers. This time, they take on a more oval shape compared to the Z2 and that bodes well with the overall design from an aesthetics perspective. Having said that, Sony improved the dust protection on the Z3 devices; they are now rated IP65/68 which means the device has complete protection against dust ingress (in addition to protection against water immersion of up to 1.5 meters in depth; essentially waterproof in a general sense).

While the differences may seem insignificant, the impact on the handling of the devices is apparent. The rounded edges, thinner waistline and lighter form factors make it easier to hold the devices. 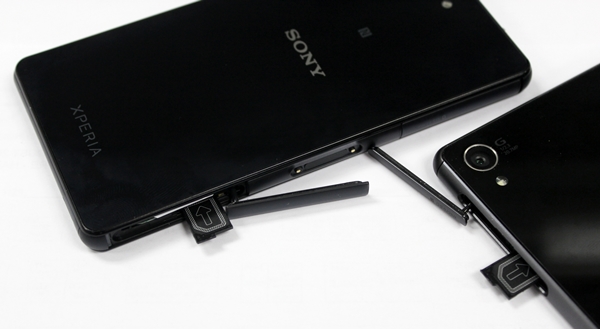 The front-facing stereo speakers are also more prominent on the two new phones. Previously, they are nearly impossible to spot as they are positioned as narrow slits at the top and bottom of the front panel. Now, their presence is noticeable. Audio output is somewhat similar, although they lack the top-notch quality of HTC's BoomSound speakers.

On the back, both the Z3 phones still sport a scratch-resistant glass panel. It might be too early to pass a conclusive judgement on the durability of these glass panels, but the Z2 and Z1 Compact have plenty of scratches on their glass panels from usage over time. During the past week of usage, we have not yet noticed a scratch on the Z3 and Z3 Compact, though it's still too early to pass off a verdict. Being glass, it goes without saying that the rear of the phones attract fingerprints and smudges easily and we recommend users to buy a case. A good case can also minimize the chances of the glass shattering in the event of an accidental drop or bump. Speaking of accidental drops, both devices have nylon caps at the four corners to better protect them from getting dented/damaged easily. Still, a good case is recommended for total protection.

While some phone manufacturers have shifted to Quad-HD (2,560 x 1,440 pixels) displays for their flagship devices, Sony still uses a Full-HD (1,920 x 1,080 pixels) panel on the Z3. We understand from Sony that 1080p display panels are sufficient for most consumers. Based on our reviews of the LG G3, Oppo Find 7 and Samsung Galaxy Note 4, we also agree with Sony's stand; it is hard to tell the difference between a QHD and Full-HD panel unless you place them side by side. Moreover, a higher resolution display panel typically draws more power which leads to a shorter battery life. The added resolution also doesn't help much when many apps aren't even optimized for Full HD, let alone QHD.

When we compared the displays of the Z3 and Z2, we noticed that the Z3 has a much brighter display. Color accuracy seems to be better on the Z3 as the white background looks warmer compared to the Z2. Viewing angles and color contrast are good too!

The Z3 Compact retains the same HD resolution (1,280 x 720 pixels), but has a slightly bigger screen at 4.6-inches. This is an increase of 0.3-inches from the Z1 Compact and puts it just a tad smaller than the 4.7-inch Apple iPhone 6. The same can be said about the screen of the Z3 Compact; it is slightly brighter and does not exhibit a slight yellow tint as seen on the Z1 Compact's screen. 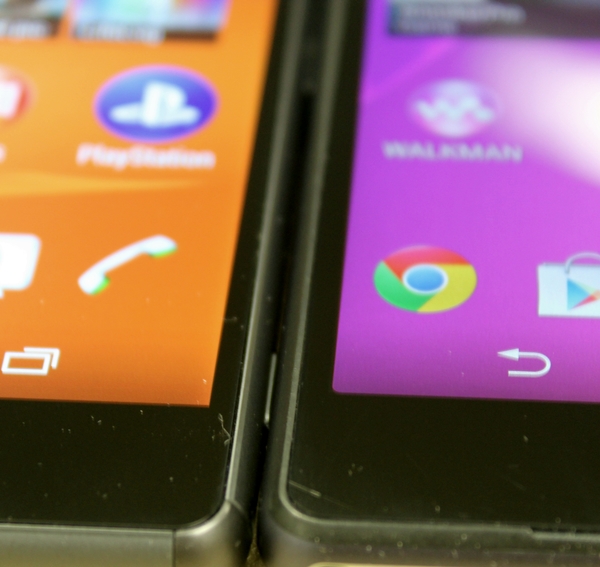 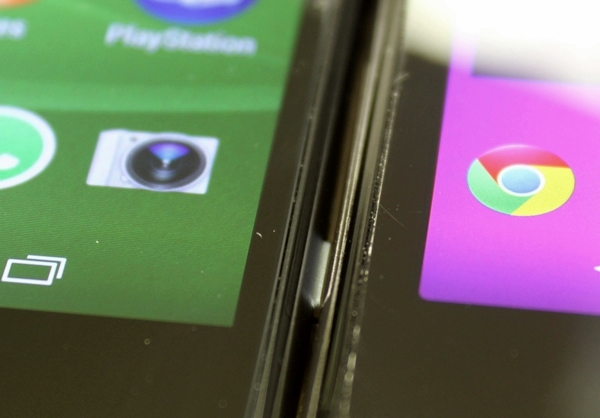 Similar to the recent Android smartphones, both the Z3 and Z3 Compact run on Android 4.4.4 KitKat with Sony's own overlay. While it lacks the bells and whistles offered by HTC's Sense, LG's UX interface and Samsung's TouchWiz, there are bound to be consumers who prefer a simple and uncluttered interface although we cannot deny that it is starting to look a little dated as the interface sees little change since 2013.

The only significant new software feature worth mentioning is the PS4 Remote Play, which allows you to play PlayStation 4 games on your device using the Dual Shock 4 Controller over the same Wi-Fi network. The PS4 Remote Play will be available starting from November on the Z3, Z3 Compact and Z3 Tablet Compact. In the meantime, you can check out the video below on how PS4 Remote works:-