SunSpider JavaScript measures the browsing performance of a device when processing JavaScript. It not only takes into consideration the underlying hardware performance but also assesses how optimized a particular platform is at delivering a high-speed web browsing experience. As you can see here, the two Sony phones have a middling performance, more like the Mi MIX 2 than the HTC U11 or Galaxy Note8. 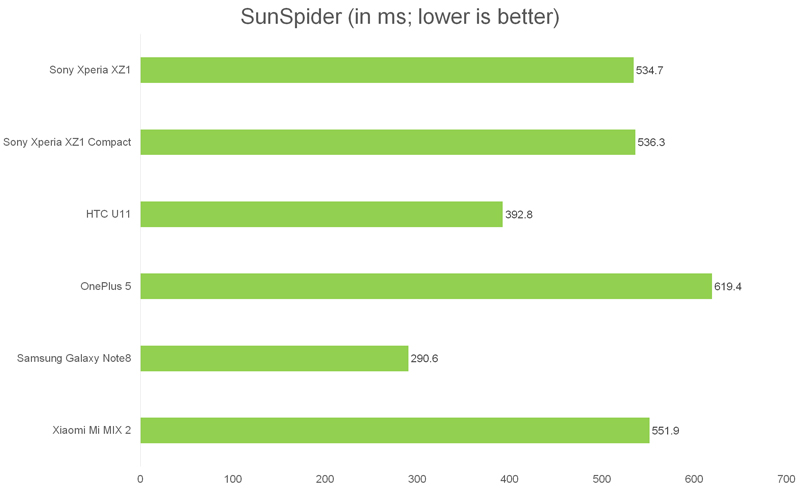 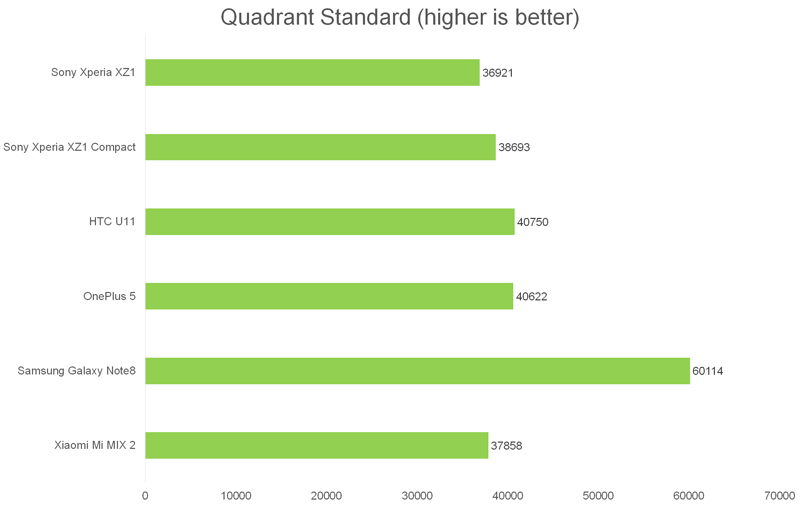 As far as Qualcomm Snapdragon 835 performance goes, both Sony phones aren't out of place. The phones are relatively swift in day-to-day use, although we can’t shake the feeling that the chipset feels overpowered on the smaller XZ1 Compact. 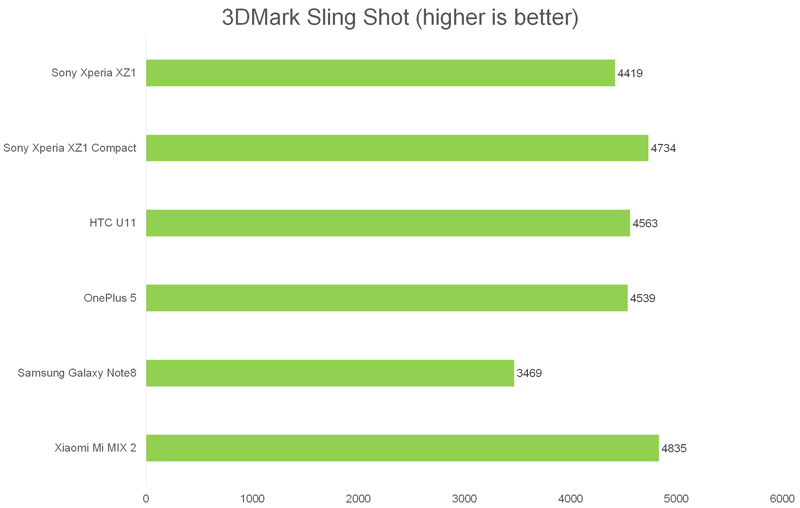 Good news for folks who are holding out on the XZ Premium while they wait for the XZ1 – despite having the same chipset, the XZ1 outstrips the XZ Premium in this benchmark. However, it’s still a little short from the other Snapdragon 835 devices, with Mi MIX 2 leading at the top of the pack. In real-world use, the Xperia XZ1 is still as zippy as its competitors. 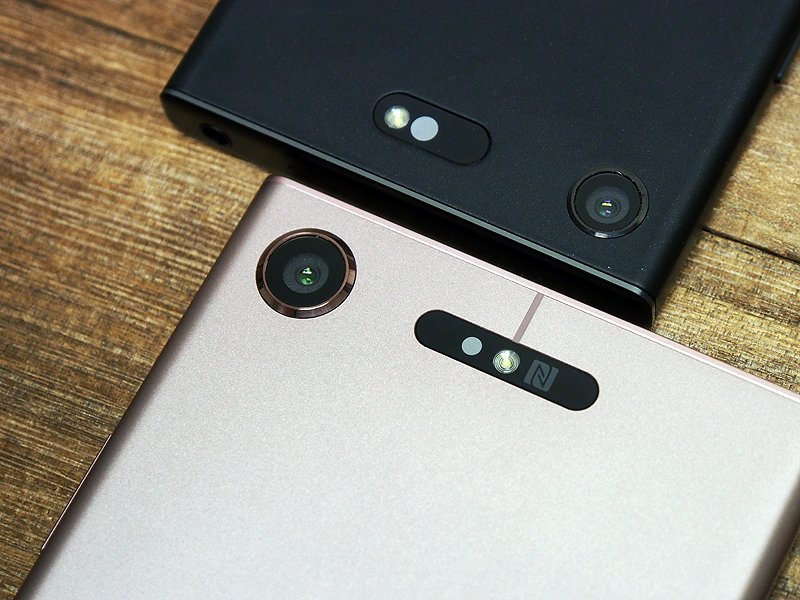 The Sony Xperia XZ1 and XZ1 Compact come with a single 19-megapixel rear camera that’s supported by a 1/2.3-inch memory-stacked sensor with a 1.22µm pixel pitch, and a 25mm G Lens at f/2.0. Judging from the hardware specs, it’s safe to assume that they use a rear camera system that’s identical to the XZ Premium. Even the software features like Predictive Capture and Motion Eye are included in all three handsets. That’s great because you don’t necessarily have to pay more for the XZ Premium to enjoy these features.

Here’s what Motion Eye is about in a nutshell.

It’s worth noting that Predictive Capture now comes with Smile Detection, which makes its smart-snapping abilities more sensible since it now seeks out the best smile out of your four shots.

The XZ1 uses a 13-megapixel front-facing camera, while the smaller XZ1 Compact has an 8-megapixel front shooter instead. Both devices retain the iconic button that Sony dedicates to photo-taking. 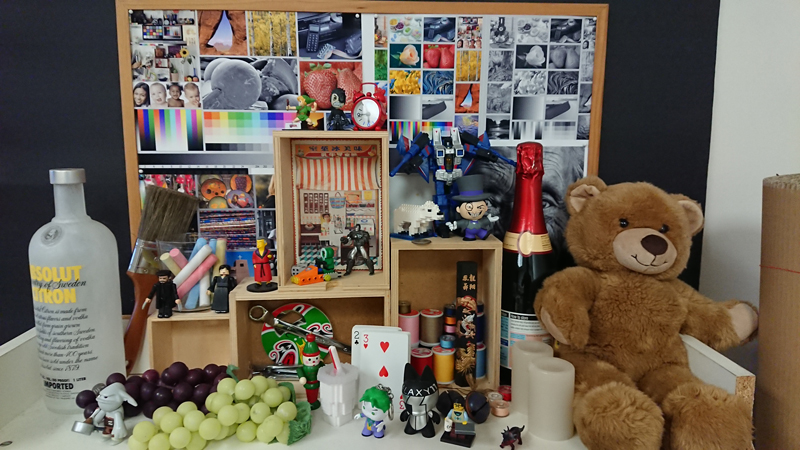 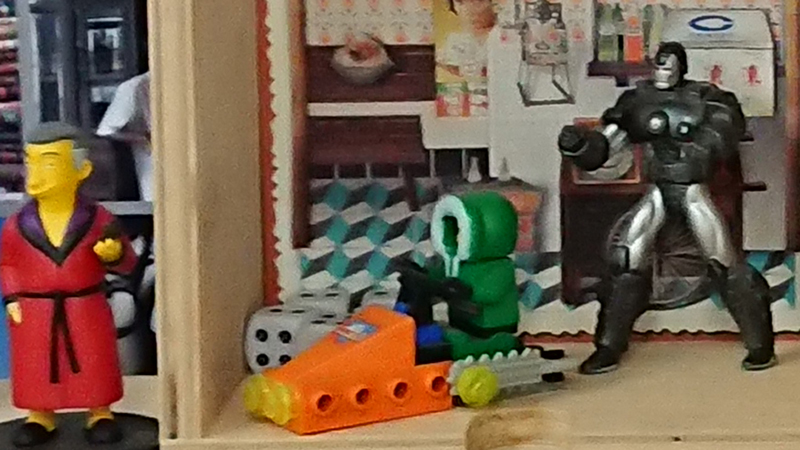 In the XZ1 test image, the partial detail loss was caused by noise. That said, the XZ1’s camera has passable color handling (good in most areas, except at the color chart). It’s also able to capture other intricate details like the block-lines in within the polar bear figurine. Given Sony’s strong history in imaging, it’s natural to expect more from their mobile imaging techniques. However, the phone’s price tag makes this acceptable. 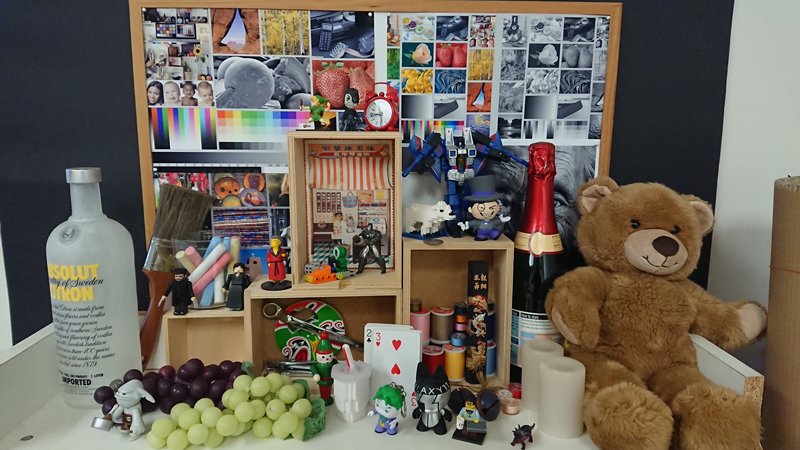 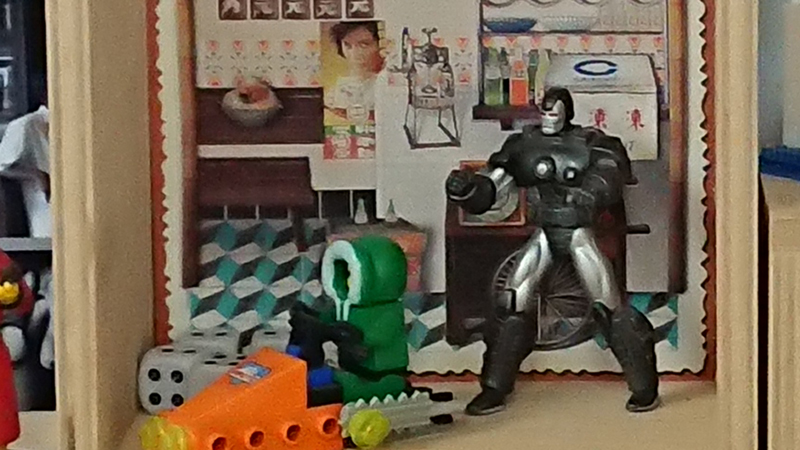 In the XZ1 Compact, the camera performance seems mostly similar (as it should – it’s the same make as the XZ1’s after all).

Both Xperia XZ1 and Xperia XZ1 Compact pack a 2,700mAh battery. Yes, these volumes are smaller than the typical 3,000mAh in flagship devices, but Sony employs several battery-saving techniques that can be enabled by the user. Smart Stamina provides a rough estimate for the phone’s remaining uptime, and there’s stuff like Stamina Mode and Ultra Stamina Mode if you need to stretch the battery a little further. 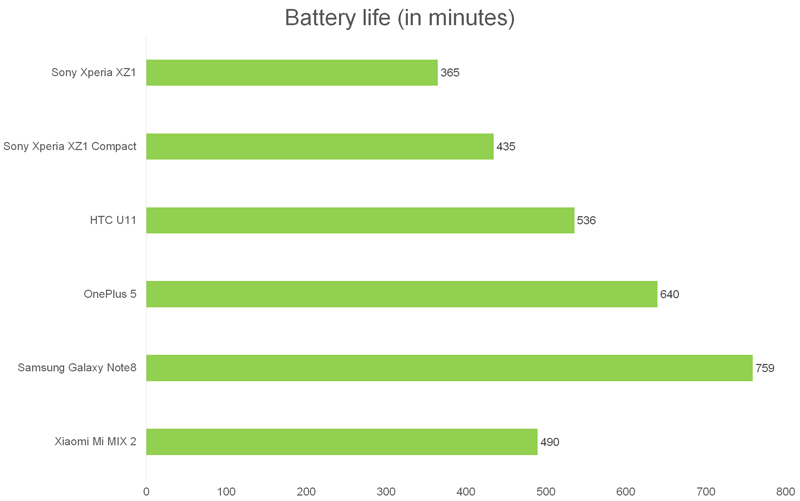 Sony phones tend not to fare very well in our demanding battery benchmarks since the focus is on screen uptime via a non-stop video at full volume - having two speakers on each phone certainly contributed to these scores. Depending on your usage, your mileage may vary, especially when you factor in the battery-saving options.

The new Xperia devices also come with Qnovo Adaptive Charging for battery longevity, and Qualcomm Quick Charge 3.0 for fast-charging support. ‘Power users’ may already know this, but Sony’s default in-the-box adapter is rated at 5V/1.5A, while the default UCB20 charging cable can handle up to 12.0V/3.0A. If you want to take advantage of the fast-charging fully, you’ll need to grab a Quick Charge 3.0 adapter or wall plug for the device. 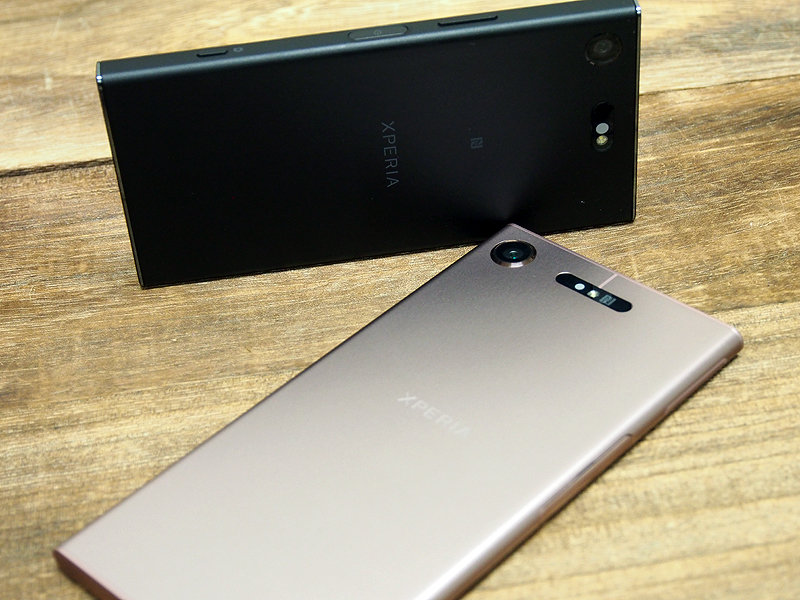 We feel that “Why fix things that aren’t broken?” was probably Sony’s line of thought when they brought the Xperia XZ1 and XZ1 Compact to the market. On their own, they’re excellent workhorses with great display quality, handling that’s familiar and easy to use, with key features like Motion Eye and Predictive Capture that are practical enough for daily use. It uses a current-gen flagship processor, and they have acceptable imaging capabilities.

Coupled with an up-to-date Android operating system and a UI that’s straightforward, the sum of the two phones make them viable contenders in a fiercely competitive smartphone space. For folks who care, the 3.5mm port and the microSD card support are still available on these devices, too. Also, they are IP65/68-certified (for dust and water-resistance), which is not common for phones below S$1,000. 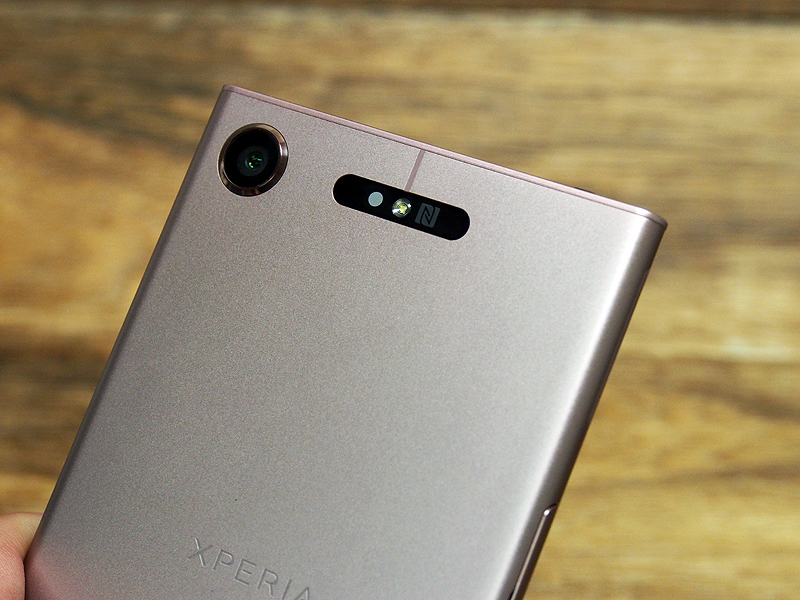 Of course, no phone is perfect. The AR-powered 3D Creator feels advanced, and it’s cute enough for parents and handy enough for pranksters, but it doesn’t have the same level of practicality offered in Predictive Capture and Motion Eye (unless you intend to order a self-made 3D figurine every single week until the next Xperia release). Sony’s battery uptime has always been a pain point in our reviews, and it’s no different this time around. Other titanic phone makers like Samsung, LG, Apple, Xiaomi, and Google have already moved on to developing 18:9, edge-to-edge devices as well; this makes the current Sony phones less attractive for new users, and they are further hampered by their constant recycling of their outward appearance.

Also, it’s hard for these two phones to one-up the XZ Premium, since it has an equal processor, but a higher quality display with the same Motion Eye and Predictive Capture features months before these two came along. What the Xperia XZ1 and XZ1 Compact lack in novelty, however, is made up with their competitive price tag.

With an official retail price of S$898 for the Xperia XZ1 and S$668 (!) for the Xperia XZ1 Compact, we'll say that Sony has got the pricing right. By including all the basics along with practical camera features, these two phones leave little room for other phones in the sub-S$1,000 price range. 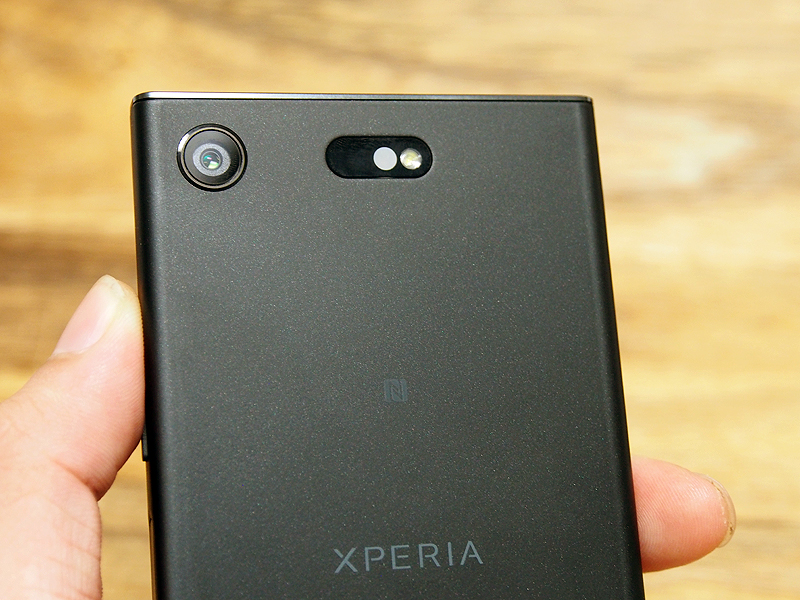 At this level, the Xperia XZ1 is up against the OnePlus 5 and HTC U11, while the XZ1 Compact is up against the Xiaomi Mi 6, the Nokia 8, Mate10, and perhaps the Mi MIX 2. While the Xperia duo doesn't offer excitement or longer battery uptimes, the slew of core functionalities like 3.5mm support, microSD support, and water resistance help to sweeten the deal.

Of course, if a 4.6-inch display is too small to your liking, then the XZ1 Compact doesn't stand a chance. If you’re not a size queen, the XZ1 Compact is easily Sony’s most ambitious attempt thus far – after all, it’s not about the size, but how you use it. If you like small flagship phones with modern specs and features, it’s your best bet.

The flagship Sony Xperia XZ1 (64GB) will be available at S$898 in four colors – Moonlit Blue, Venus Pink, Warm Silver, and Classic Black. This phone is available at official Sony stores, Sony Centre, and telcos M1, Singtel, and StarHub, along with other authorized resellers.

The compact-flagship Sony Xperia XZ1 Compact (32GB) will be available at S$668 in two colors – White Silver, and Black. This phone is only available through official Sony stores and Sony Centre.