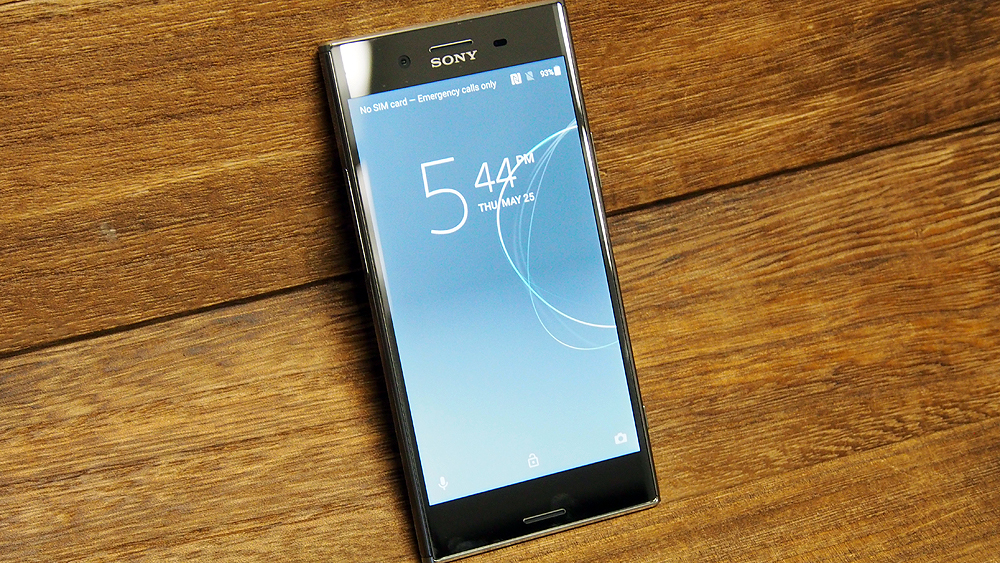 In the 4K HDR market, there are TVs, monitors, and now, a smartphone. While Sony’s latest Xperia XZ Premium (S$1,098) offers a 4K HDR 5.5-inch display, its promises a little more pizazz with its new memory-stacked sensor for its rear camera. The sensor brought about two other headlining features – Motion Eye for higher quality slow-motion clips, and Predictive Capture to nail those fast action shots. They’ve squeeze all these bells and whistles inside a familiar-looking body, but it’s backed by a powerful, current-gen processor: the Qualcomm Snapdragon 835 SoC. In fact, the Sony Xperia XZ Premium is the first smartphone that’s commercially available in Singapore with the Snapdragon 835 hardware since June 10th. 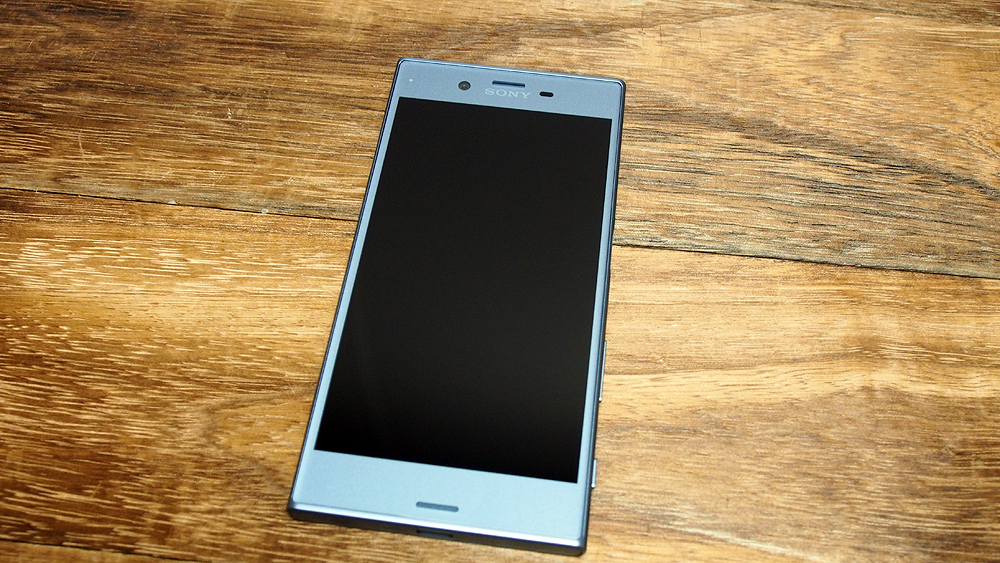 If you’re not chasing for the latest components, there’s the Sony Xperia XZs (S$898). It boasts the same Motion Eye and Predictive Capture features, but it’s in a slightly smaller form factor, a regular Full HD 5.2-inch display, and it uses a flagship processor from the yesteryear – the Qualcomm Snapdragon 820 platform. All in all, both phones made a solid showing when they were first announced, and both models are backed by their practical approach and a competitive asking price.

However, the competitive Android OS smartphone market leaves little chance for smartphones that don’t dare to innovate. Will playing things safe work for Sony? Let’s dive in to find out! 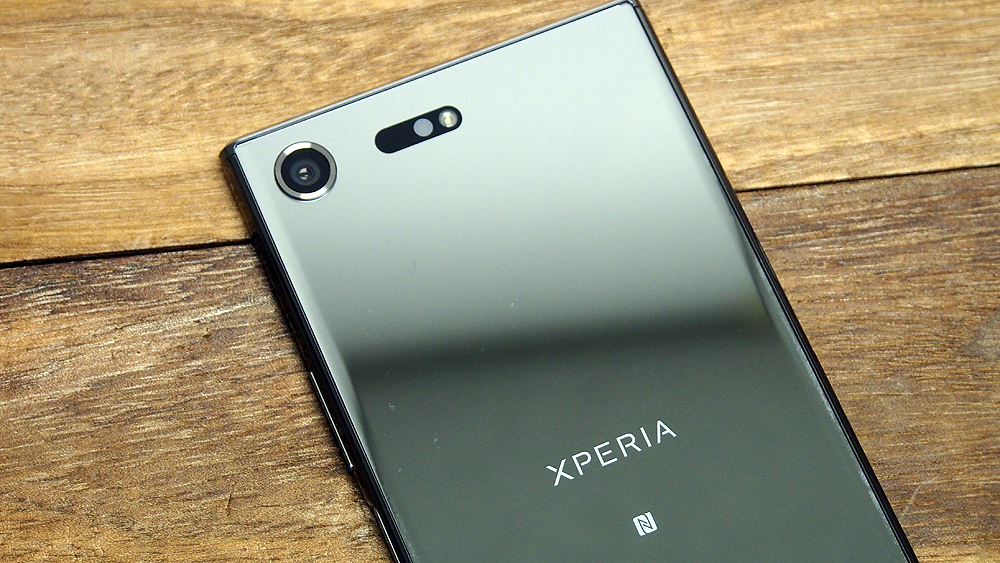 By now, the current-generation Xperia devices hold no surprises for seasoned Android users who've been following Sony Mobile since the Xperia Z days. The current flagship Sony Xperia XZ Premium features the uniform design language that has persisted through the years. It uses a slate-like form factor called Loop Design (which is just a slight variation of the original Omnibalance design), with angular corners and a monolithic appearance. 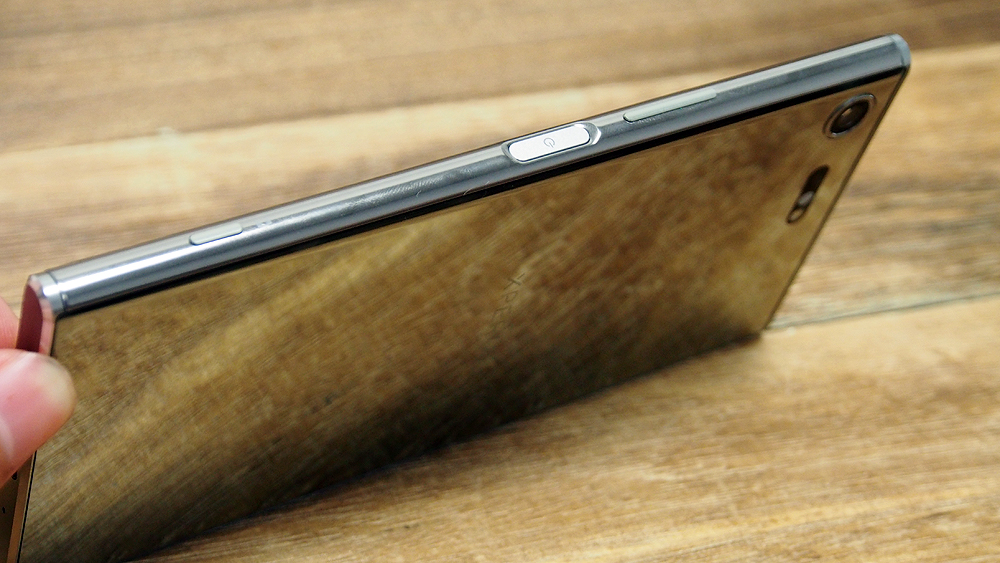 On the side, you’ll find the physical power button which doubles as a fingerprint sensor on the right profile with the volume rocker placed just above it. Along the same side lies the dedicated camera shutter button, which also doubles as a physical shortcut to activate the phone’s rear camera. A dedicated camera button is now a rarity in smartphones, so if you appreciate photo-taking like you do with a point-and-shoot camera, Sony is still the only major phone maker who has continued with this. The front panel is a Corning Gorilla Glass 5 display, while its largely metallic aesthetic is prominent on the rear, just beneath the 2.5D curved glass. The plastic frame meets the front and back, demarcated by visible gaps that accentuate its no-nonsense look. 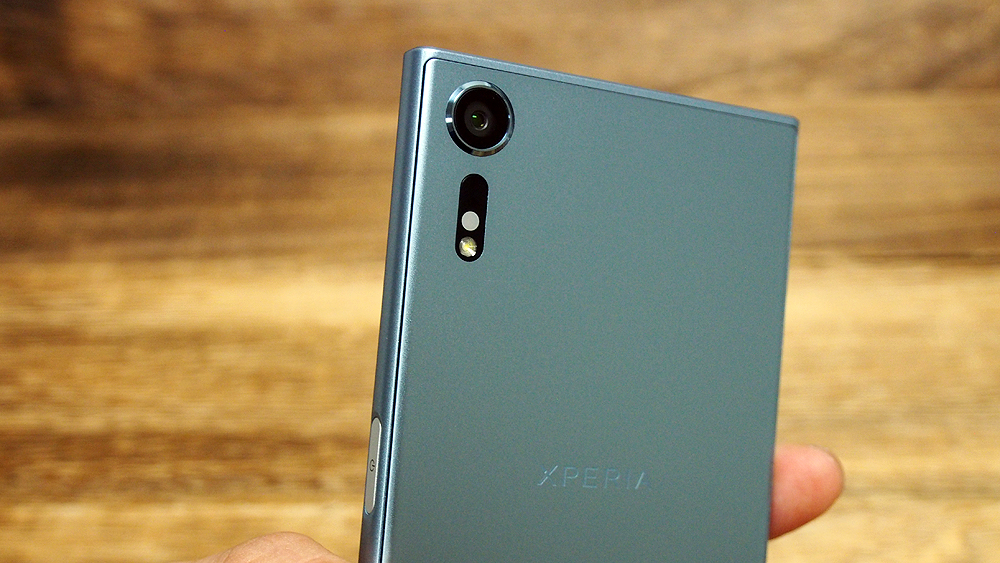 The XZs is similar in this regard as well, but the rear doesn’t use a glass finish. 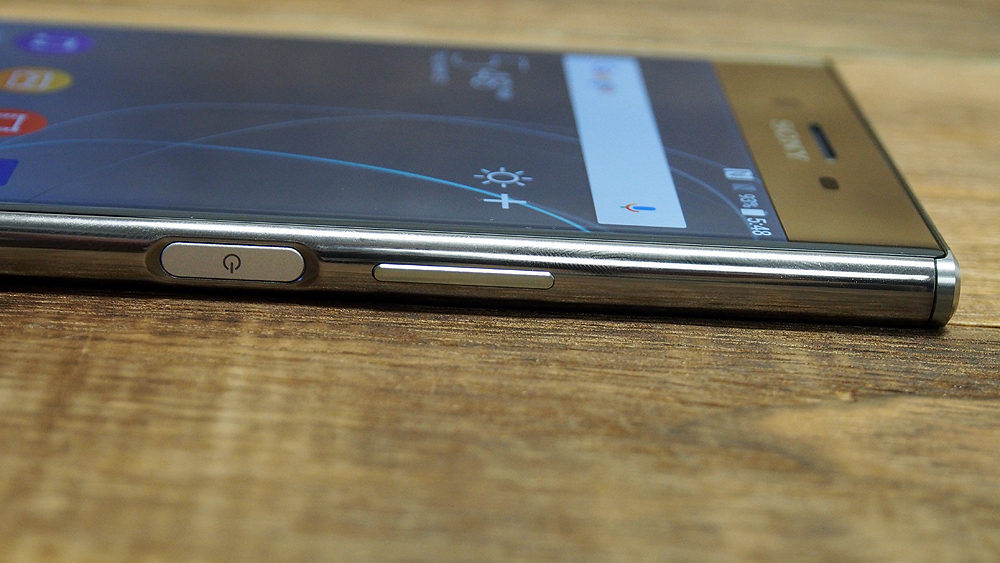 While sticking to a tried-and-tested look is a safe choice, the general consensus seems like there's not much innovation from a design perspective when compared to devices the LG G6 or Samsung Galaxy S8+. The XZ Premium rivals managed to minimize the bezels on the front panel – something which Sony neglected to do. While it may look a tad dated without slim bezels, this design does provide a more reassured feel and there's less of a chance to accidentally activate something onscreen. It's a debatable tradeoff that some might appreciate and it's only apparent when you use the device for longer periods of time. 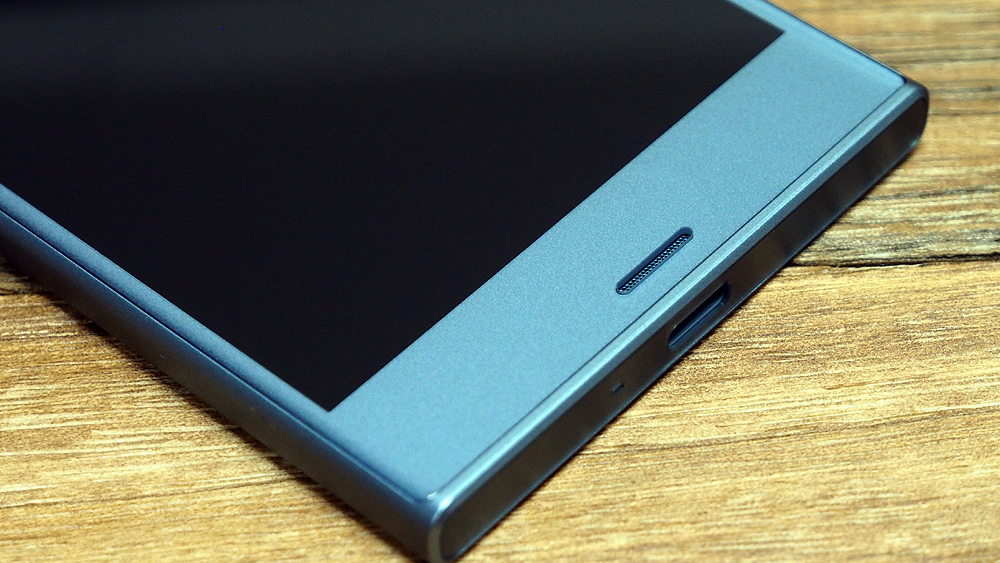 The Xperia XZ Premium offers excellent handling with its familiar button placement and 7.9mm-thin profile, while the XZs is really friendly for one-handed operation since it's a tad more compact than the XZ Premium. The positive handling experience is also a given since Sony didn’t change much of the phones’ physical attributes between each iteration. On a side note, you could even say that the XZs is sort of like the new "Compact" from Sony Mobile as it hasn't renewed that series since the Z5 days and we agree with their choice since such small screens are counterproductive in a mobile-centric world these days. 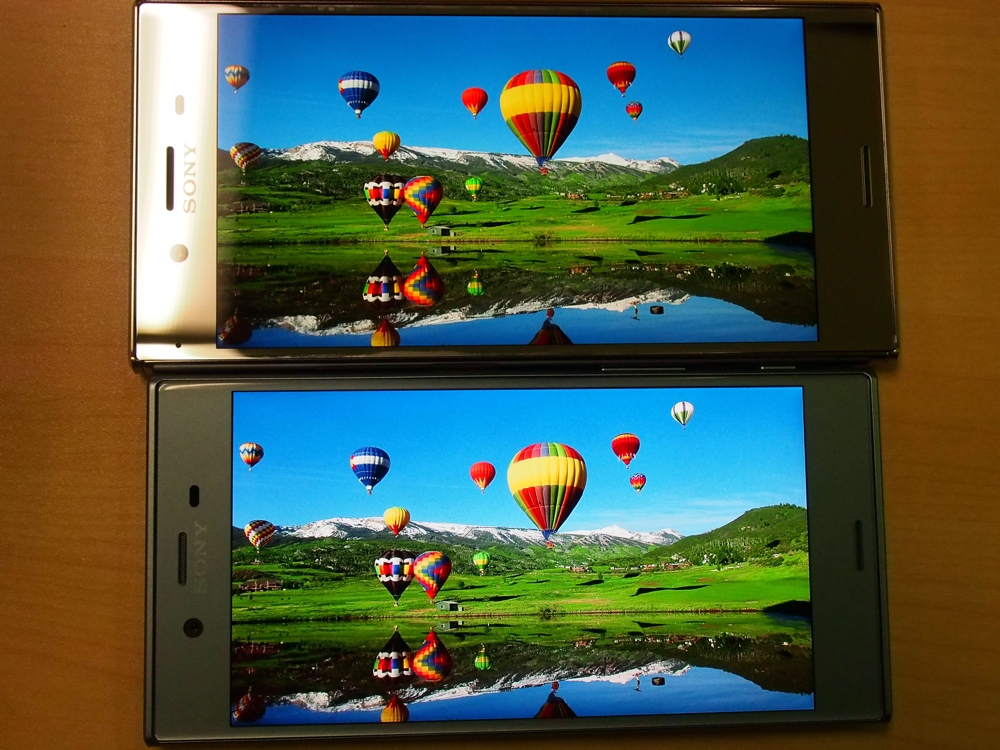 The Sony Xperia XZ Premium uses a 5.5-inch, 4K (3,840 x 2,160 pixels resolution) HDR IPS display. According to Sony, they worked with Amazon to ensure that Amazon Prime‘s HDR videos are compatible with the device. Like its preceding 4K smartphone, the Z5 Premium, it also upscales any video and image stored within the Xperia XZ Premium to 4K resolution for your viewing pleasure. It is also compatible with some 2160p YouTube videos – it works without a hitch (subjected to your Internet connection speed) with a handful of movie trailers, test shots of the local skyline, and full-length music videos. As of writing, the only phone compatible with Netflix’s HDR is the LG G6, so Netflix-only users might have to wait or look elsewhere for compatibility.

Sony Xperia XZs uses a 5.2-inch Full HD (1,920 x 1,080 pixels resolution) IPS display. It doesn’t have the HDR support offered by its flagship brethren, and that’s where the main difference lies between these two devices (other than their respective chipset and battery capacities, if you care about hardware specifics).

The Xperia XZ Premium's screen has a warm color temperature. It’s vibrant to the eyes thanks to its strong handling of colors. There isn’t much to worry about beyond the mild red halos that can be found around the reddish-tinted parts of an image – likely a result of adopting a warmer display. It’s also capable of rendering minute detail really well.

The Xperia XZs, on the other hand, is largely similar, save for its weaker contrast handling.

The phones’ external speakers are front-facing, and they are found at the top and bottom of the bezel. It’s sufficiently loud, but otherwise functional. What makes them stand out is its support for Hi-Res audio (LPCM, FLAC, ALAC, DSD, DSEE HX, LDAC), which plays nicely if you have the appropriate audio files loaded on the phone. 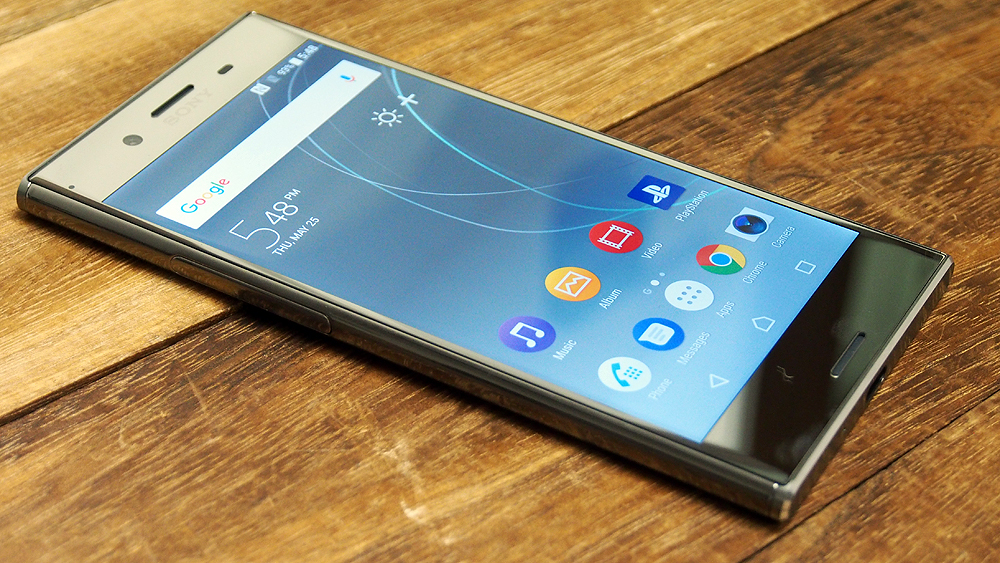 Both the Xperia XZ Premium and XZs share the same features, which we will list below. By default, both phones use a Sony-styled Android 7.0 OS (Nougat), which has largely remained the same in design language and layout.

Motion Eye, in essence, is a slow-motion segment inside your regular 720p video footage. Your 720p video recording will have a tiny little icon which you can tap on, and the next 0.182 of a second of your footage will be recorded at 960 fps. The phone will stretch those 0.182 seconds (Motion Eye segments) and play it across six seconds at 30 fps.

As noted in our video above, Motion Eye requires a good sense of timing to capture your preferred montage. You can also take multiple Motion Eye segments within a single recording, but there’s an (approximately) two-second wait in between each attempt. We got a first look at it through our hands-on coverage, and we also took the XZs out to do some Motion Eye field-testing as captured in the video above.

As the name implies, Predictive Capture helps the user’s photography experience by getting well-timed still shots. Technically, it shoots up to three full-resolution images from the moment before you hit your shutter button, and the fourth shot from your actual shutter click. It has a buffer of up to one second before the shutter, so it’s any shot taken from a second before to the actual snap – not after.

There’s one catch to Predictive Capture – the phone offers only two modes, Auto or Off, which means that you don’t get to force-enable Predictive Capture. Fortunately, it has not failed to show up where it’s required. Also, you’d sometimes get a choice of just two or three options, since the process is automatic and entirely decided by the phone.

The actual implementation of Predictive Capture works like a fail-safe for folks with slower reflexes. In practice, it’s definitely useful and helps you capture important action shots without wondering if you managed to catch it at the right time.

Both Motion Eye and Predictive Capture features are available on the Sony Xperia XZ Premium and Xperia XZs, so you’re not losing out on features, should you prefer to pick one device over the other.

The Xperia XZ Premium has water resistance rated at IP65/68. We’ve previously explained why Sony uses two separate ratings to indicate its resistance to water in our Xperia XZ review. To reiterate, it’s extremely specific, and the phone is “Protected against heavy jet spray for at least 3 minutes” and “Protected against the effects of continued immersion in water at depths greater than 1 meter” – at least, according to Sony’s very own water resistance chart.

The Xperia XZs also come with the same resistance rating, too (IP65/68). 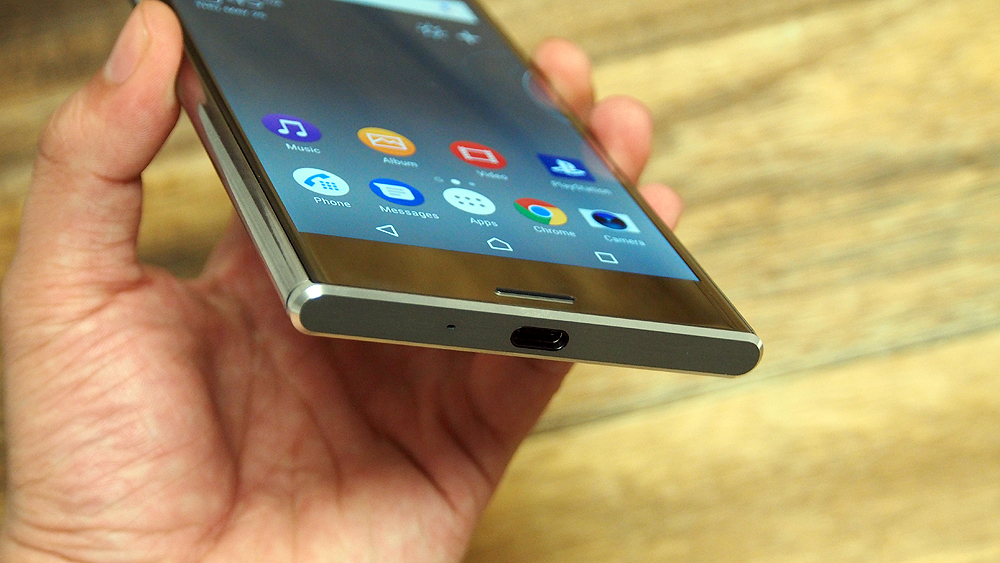 The Xperia XZ Premium’s USB Type-C charging port has USB 3.1 Gen 1 support – this means it has a transfer speed of up to 5Gbps, along with other USB 3.1 Gen 1 perks (it was formerly known as USB 3.0). The Xperia XZs, however, supports only USB 2.0, even though it uses a Type-C port. 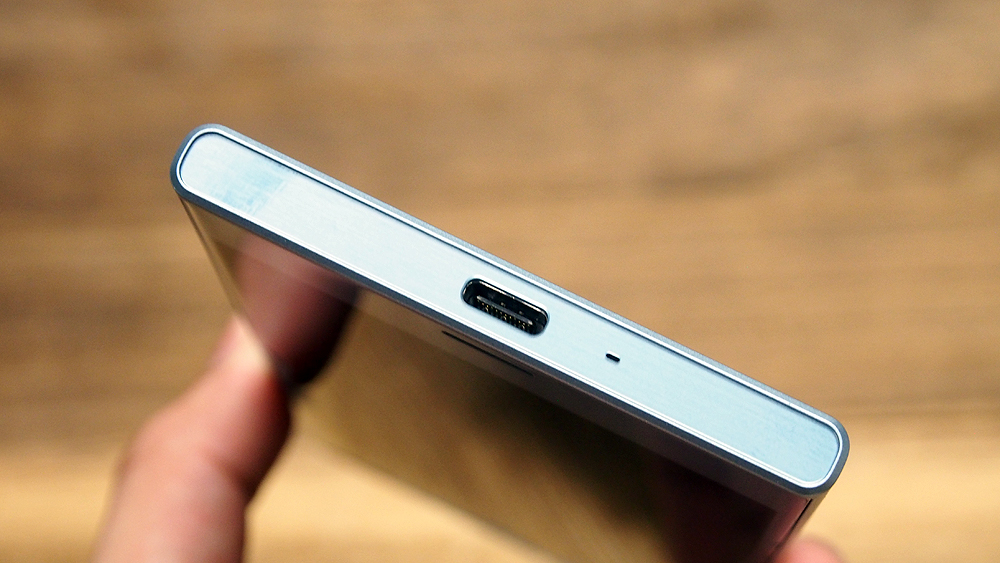 Here’s why the differences matter.