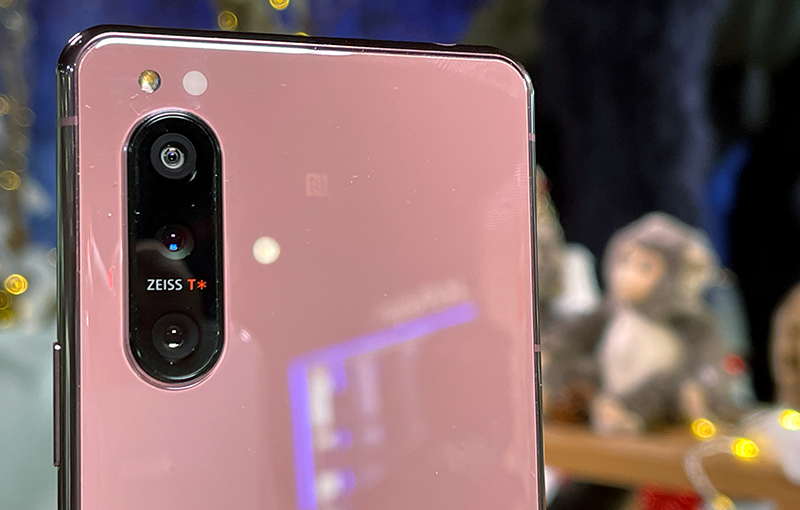 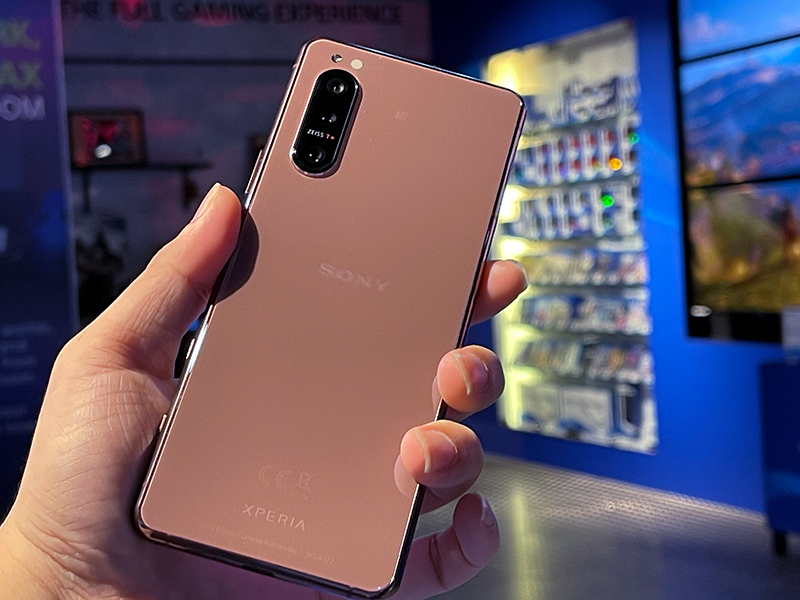 The interesting display ratio choice on the Xperia 5 II meant two things - it's a 'tall' phone that's operational in one hand, and it's great for viewing ultra-wide content recorded in 21:9, such as K-Pop videos, some movies, and many more. Typical 16:9 content handles just fine if you don't mind the black bars to its sides. 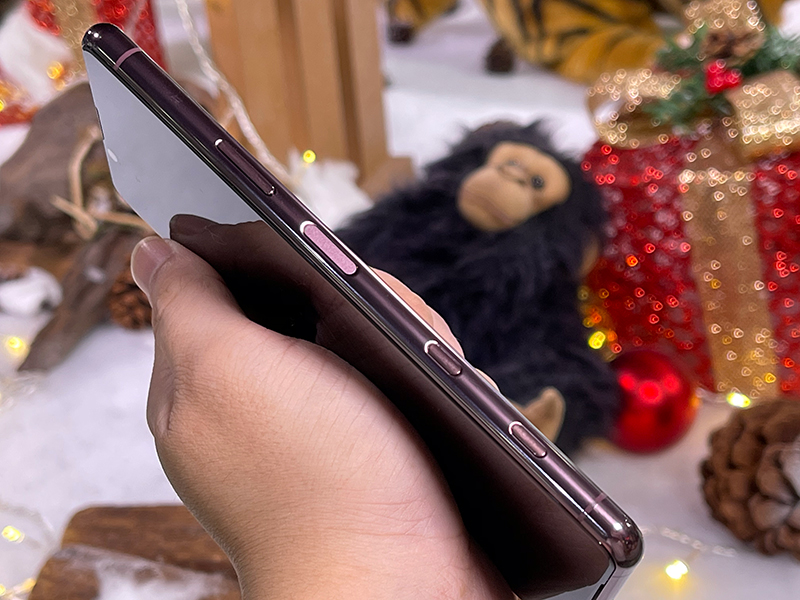 Officially, the Xperia 5 II is rated with IP65/68 water resistance. The puzzling IP rating hasn't changed since the Xperia Z series. Reading the fine print on Sony's website will tell you that IP65/68 is regarded as waterproof up to 1.5m for 30 minutes when the device was 'gently placed' in a container of water. While we didn't test this at our demo, we've come to expect waterproofing on flagship-tier phones, and Sony hasn't disappointed in this department for years. 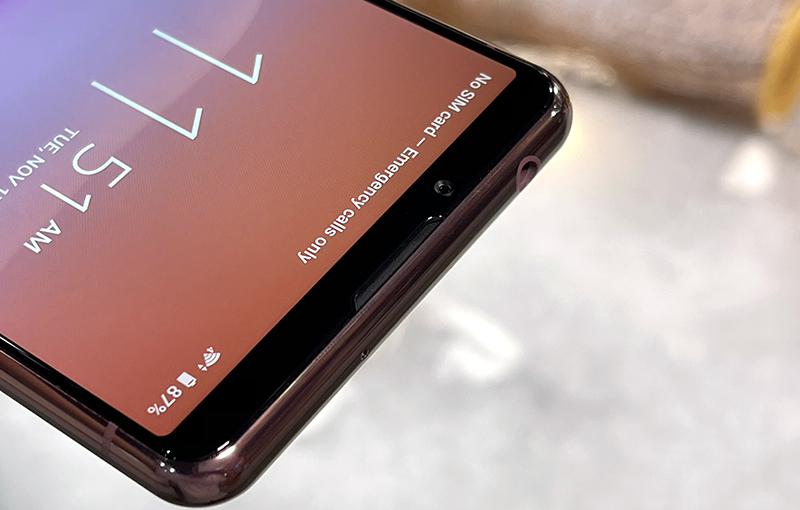 Besides the processor, the Sony Xperia 5 II shares an identical triple-rear camera configuration as the Xperia 1 II (sans ToF sensor). You'll get:

In a nutshell, the primary camera's sensor is 50% larger than its 2019 predecessor's, which is excellent news for users who are upgrading from the previous Xperia 5 since larger sensors typically allow more light through (and therefore becomes more comfortable for shooting in low-light situations). The combination of rear cameras covers most basic shooting scenarios, except for macro (close-up) photography. While we've not dabbled with the ultra-wide-angle lens, the phone doesn't come with any optimisations to automatically switch to Macro Mode. Our try-outs saw a minimum focal range of about 10cm. Sony's approach to optimising its mobile sensors is different from most brands, where competitors go for heavy software optimisation and post-processing to create Instagram-worthy photos within the press of a shutter button. In the Xperia 5 II, auto shooting exists, but its unique feature is the granular, versatile pro camera controls inside a separate Pro Camera app. This appeals to some photography enthusiasts and possibly our Apple iPhone 12 phone reviewer, who was griping about the lack of (default) manual override for advanced shooters on Apple's latest 2020 handsets.

We've taken a quick look at what Xperia 5 II's pro camera controls have and lack. Noticeably, it has Auto, Program, Shutter priority, and Manual. It, however, lacks Aperture priority, so it's not a complete PASM selection. According to Sony, lens apertures (like other phone cameras) are fixed, thus no Aperture priority mode.

However, Pro Camera offers nearly everything else an advanced shooter could need. You can select and force your fixed lens of choice (16mm, 24mm, 70mm,), you can control your exposure value (EV), choose a preferred ISO setting, preferred focus style, metering modes, a choice of shooting in JPEG, RAW, or both, and many more. Nearly everything is instantly accessible around the 'viewfinder' without the need to tap into a secondary menu. You can already see why the Xperia 5 II appeals to users who want pro camera controls in a 2020 device.

Other optimisations for the Xperia 5 II includes Eye Tracking AF, an autofocus feature that looks for the subjects eye (even one open eye suffices). The primary lens (24mm) offers continuous burst shots of 20FPS (other rear lenses are up to 10FPS). In the video-recording department, it provides 4K HDR 120FPS 21:9 recording and 4K 120FPS slow-motion, on top of an intelligent wind filter to cut out wind noises. Beyond its camera features, the Sony Xperia 5 II is one of the rare 2020 flagship smartphones with a 3.5mm audio jack. Also, its dual SIM tray has a hybrid secondary slot that can take a MicroSD card instead of a second SIM card.

We've said a lot about the Xperia 5 II and what it offers at a glance, but the phone isn't without its flaws. Yes, it uses an SD865 chipset, and the phone technically has a 5G modem within, but the device isn't compatible with the 5G networks available via our Singapore telcos. If you're wondering if the Xperia 5 II can also be your next 5G-ready smartphone, the short answer, for now, is "no". 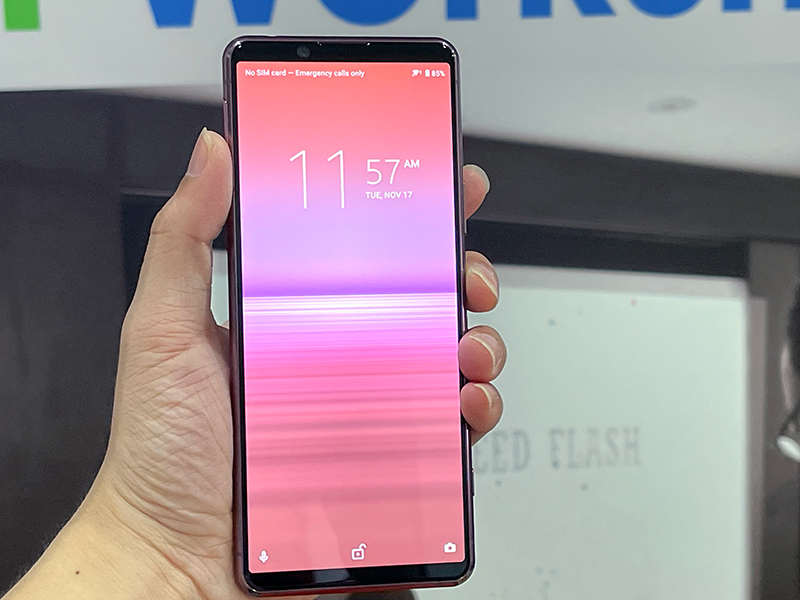 The Sony Xperia 5 II (4,000mAh, 8GB RAM, 256GB internal storage) is currently available at an official retail price of S$1,349 in Black, Blue, and Pink. Each purchase is bundled with a pair of a complimentary WH-910N wireless noise-cancelling headphones (worth S$399), while stocks last. You can pick it up only from Sony's official channels, such as its official Lazada shop, official online Sony Store, or official physical Sony outlets around Singapore.