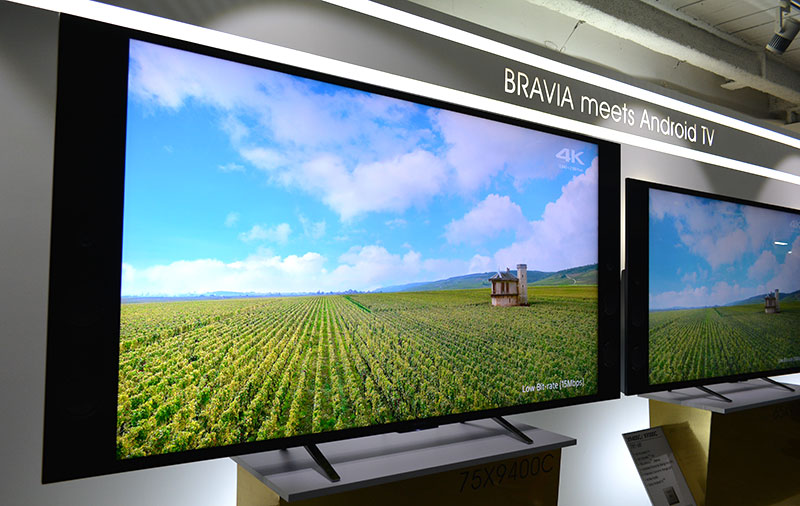 First announced at CES 2015, Sony has now taken the wraps off its new Bravia line of TVs on our shores. The new models comprise the 4K X-series, full HD W-series and more accessible R-series, all of which were on display at Sony’s unveiling event yesterday. 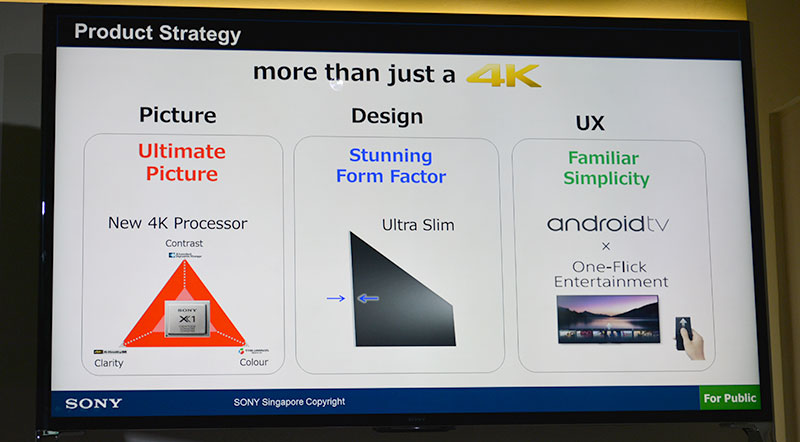 The X9000, X8000 and select Full HD TVs will all support Android TV and Photo Sharing Plus. The new Sony TVs are full-fledged entertainment devices, able to stream videos, function as gaming devices and boasting Google Cast and Voice Search support. Viewers will now be able to consume mobile content seamlessly on their TVs and ask their TV for help on getting information on things like the weather. 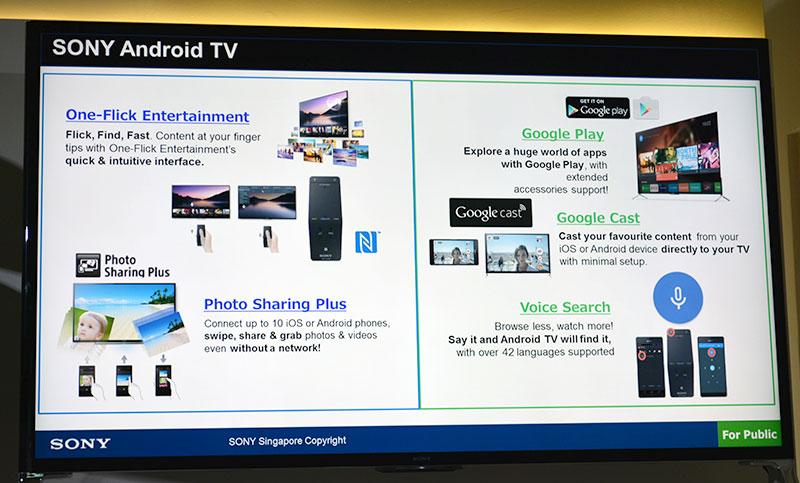 Sony also showed us the varied capabilities of Android TV, where the TV responded promptly and accurately to spoken queries ranging from Singapore's Prime Minister to National Basketball Association scores and baking instructions. Android TV supports over 42 languages, so there should be little problem with language recognition here. 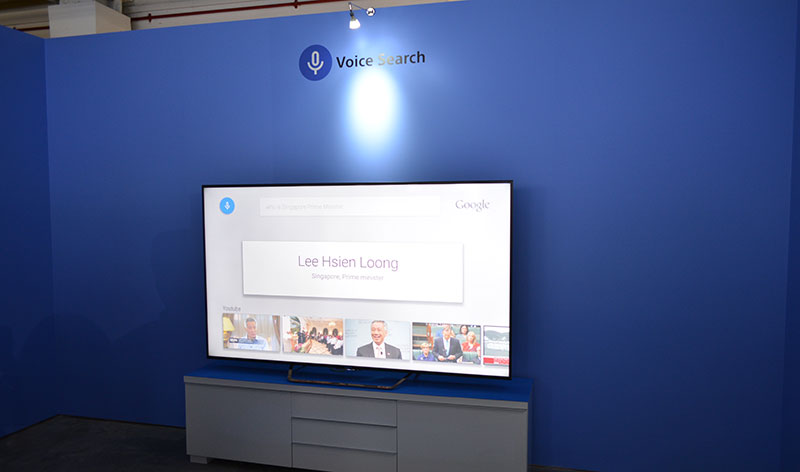 Android TV also grants users access to the huge Google Play app store, making it possible for viewers to pick up from where they left off on their movie or game on their mobile device and continue on their TV. Users will be able to have apps like YouTube and Netflix on their TV and thus enjoy a more complete entertainment and on-demand viewing experience. Feeling bored on a Saturday night? You can check into Google Play’s Movies & TV to buy or rent movie blockbusters or popular US TV shows, or get some tunes from Google Music.

Users will even be able to play games (there are literally thousands on the Google Play store) on their TV and control it with their phone or compatible gamepad controller. Depending on the TV model, up to four controllers can be connected at any one time, so users can have a friend jump in at any time to duke it out on the big screen.

Furthermore, Google Cast support means that users will be able to easily cast content from their Android or iOS mobile device or laptop on their TV to share with family and friends. Again, there are many apps and services that support Google Cast, such as Netflix, Hulu Plus, YouTube, Twitch, TED, Chrome, Viki, and TED - just to name a few. By embracing Android TV, Sony is positioning its Bravia TVs within a web of connected devices and offering its viewers new and better ways to consume and share rich multimedia content.

Last but not least, instead of typing, you can let your voice do the searching, be it for movies or the latest news on the Internet. Just push that voice button on the Touchpad remote to initiate Voice Search and speak into the microphone. It may even be possible to start a voice search from your Android smartphone. 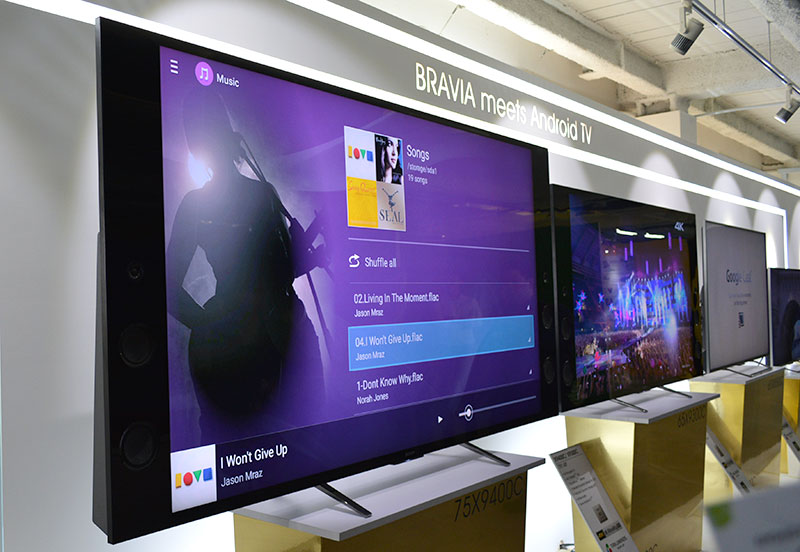 New this year is Sony’s 4K Processor X1, which further advances the above mentioned triumvirate of TV display technology - clarity, color accuracy and contrast. The technology of previous years helped improve image quality in one of the three areas, but the new processor will help to drive quality across the board, leading to all-round better picture quality. 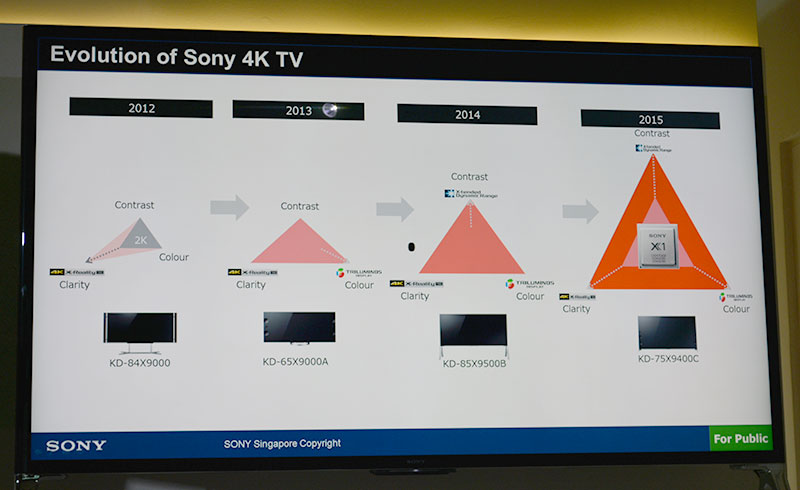 In addition, both TVs feature powerful, front-facing speakers to complement the 4K display just like previous year's top-end TVs. However this time round, these TVs boast Sony’s Hi-Res Audio technology! Sony demonstrated this on the X9400C with Jason Mraz’s I Won’t Give Up, and we have to say that it came across with impressive clarity and volume for a built-in speaker.

The flagship X9400C differentiates itself from the smaller X9300C with better dynamic range with Sony’s X-tended Dynamic Range Pro technology, which Sony says delivers deeper blacks, brighter images, and more natural gradations. Other than this aspect, both models boast similar technology and features and Sony says the circuitry has been enhanced on the X9400C to bring about the X-tended Dynamic Range Pro support.

Moving down the line-up, the X9000C, X8500C and X8300C also feature the new 4K Processor X1 and 4K X-Reality Pro. However, unlike the X9400C/X9300C-series, they lack the X-tended Dynamic Range technology, and the X8300 also does not have Triluminos Display implemented. Despite that, the X9000C model is Sony's design champion which boasts the industry's slimmest TV cabinet - they are just 4.9mm at their thinnest and are designed to mount perfectly flat against the wall for a floating effect. This model is available in both 65- and 55-inch sizes. 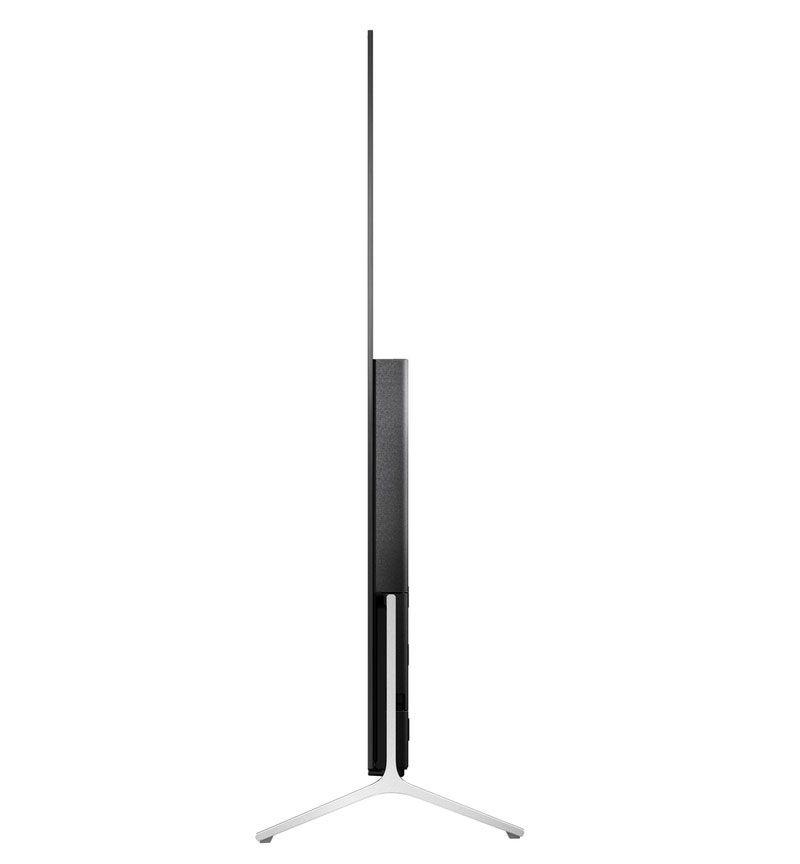 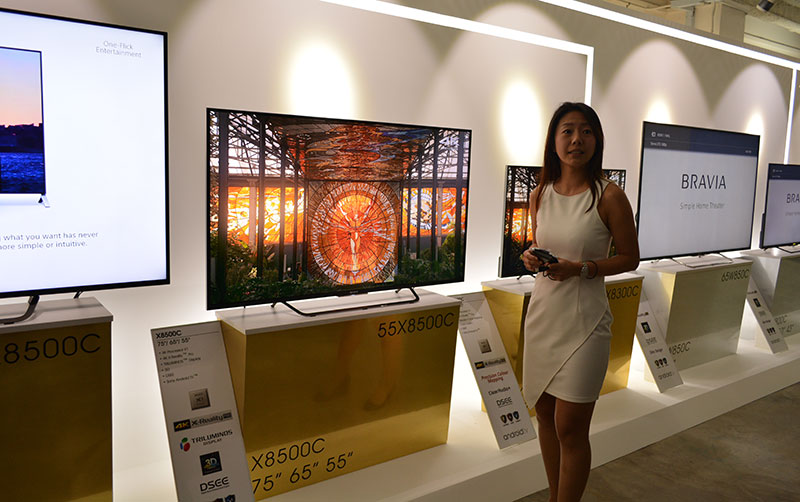 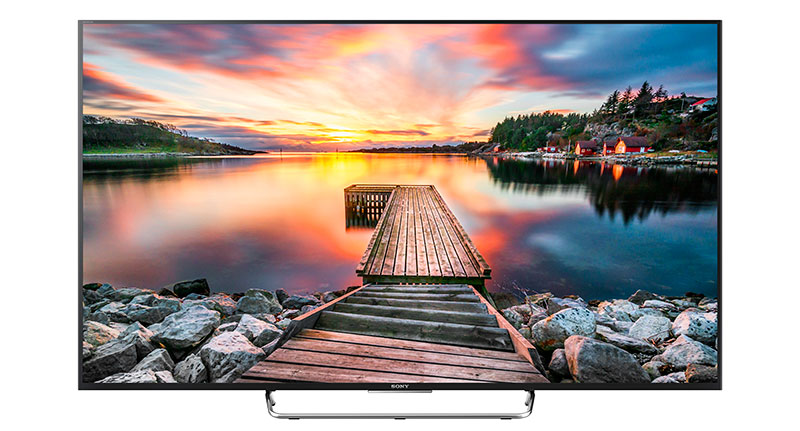 Sony’s X-Reality Pro technology is clearly a mainstay for its current TV releases, and its Full HD TVs rely on the technology to sharpen images and reduce noise in a variety of analogue and digital TV formats.

The W700C is the only one in this range to not support Android TV and Photo Sharing Plus. Sony’s Full HD TVs are available in the following sizes:- 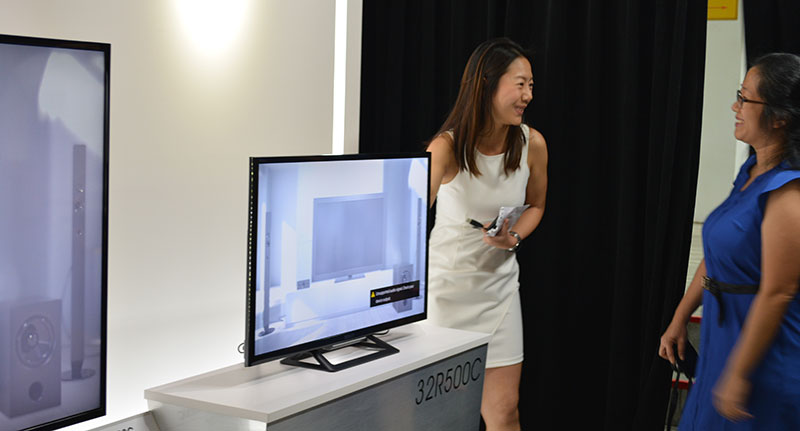 Finally, we have the Full HD R550C and WXGA (approximately 1,280 x 800 pixels resolution) R500C. These more affordable TVs come with value-added features like X-Protection Pro, which guards against dust with its no-ventilation hole design and offers surge, humidity and lightning protection.

Both TVs will also support Photo Sharing Plus and access to YouTube and other video streaming apps (no Android TV support though).

The R550C and R500C are currently available in the following sizes and price points on Sony Singapore’s online store:-

As for the higher tier 4K and Full HD TVs, Sony says they will be available at all Sony Stores and selected authorized outlets this June. Stay tuned for a future news update when we get local pricing information and promotions.