Note: This hands-on was first published on 29th January 2021. 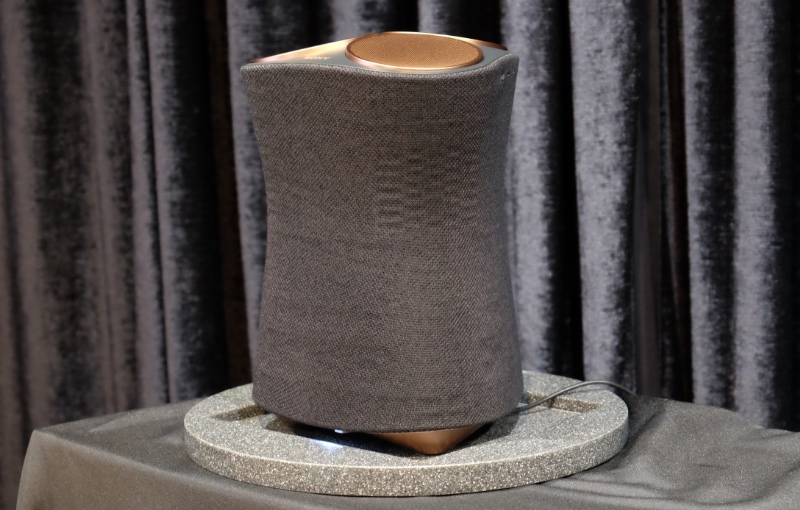 Wireless speakers a dime a dozen these days so what's so special about these two? The two were designed specifically to produce room-filling "ambient" sound and offers support for Sony's 360 Reality Audio.

360 Reality Audio is an audio format that uses object-based spatial audio technology to deliver a 360-degree surround sound experience. In Sony's words, the two speakers aim to create sound to make you feel "as if you were in your favourite cafe".

Unlike other surround sound technologies which are typically some form of DSP, 360 Reality Audio only works with tracks that have been encoded with this extra surround sound information. The end result, Sony claims, is a more authentic, immersive, and believable surround sound experience.

I just got the chance to have a listen to the two of them. Here are my first impressions. 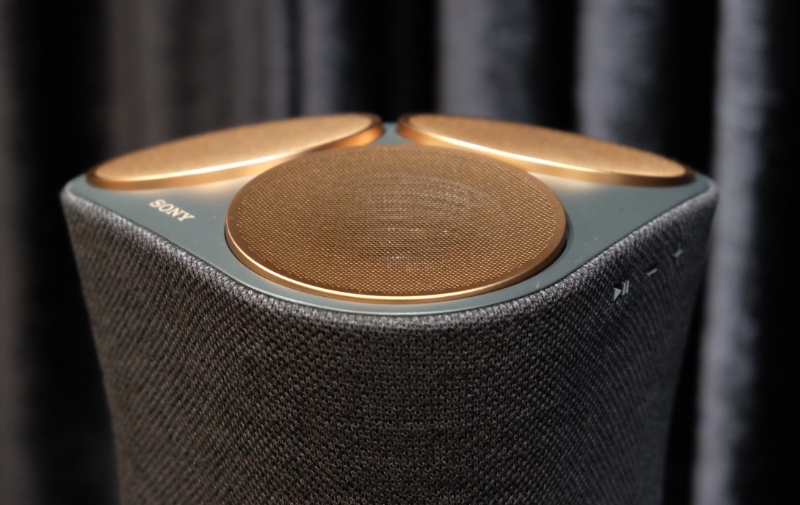 Yes, the SRS-RA5000 resembles a giant electric shaver. Looks are subjective but I think it's a rather stylish-looking speaker. The SRS-RA3000, on the other hand, looks more conventional.

Standing at nearly over 30cm tall, the SRS-RA5000 is not a small speaker. You will notice it. The SRS-RA3000, on the other hand, is appreciably more petite. Furthermore, the SRS-RA5000 black design with copper accents is striking. It looks like it will be a good centrepiece in any living room.

Because of the difference in size, the SRS-RA5000 has more drivers. There's seven in total: a single subwoofer, three mid drivers, and a further three upward-firing drivers.

Regardless, both speakers are designed to project sound upwards and across the room. For a speaker of its size, the SRS-RA3000 sounds surprisingly full-bodied and large. It easily filled up the listening area I was in, which was about the size of your typical apartment room.

However, it 's no match for the SRS-RA5000. Not only does the larger speaker sound fuller and more authoritative, but it is also crisper and more detailed. It also fills the room more evenly with sound. 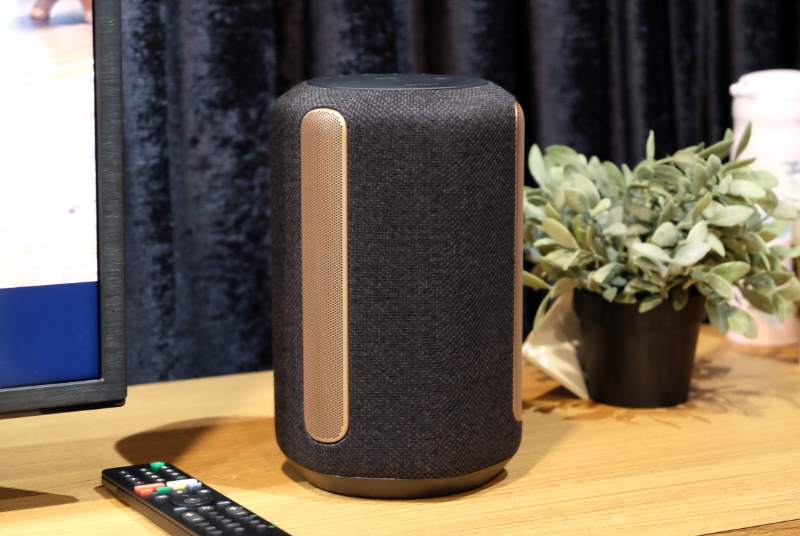 360 Reality Audio appreciably widens the sound stage. And in doing so, it also blurs the image so it's harder to pinpoint the source of music. It's ideal if we want to replicate the sensation of listening to music in a cafe. However, 360 Reality Audio is currently only available on a handful of services – Tidal, Deezer, nugs.net. Fortunately, every purchase of the speakers will come with a three-month subscription to Tidal.

While 360 Reality Audio is the ideal way to enjoy these speakers, you can replicate the experience using the speakers' built-in Immersive Audio Enhancement (IAE) feature. This uses Sony's unique algorithms and DSP to transform typical two-channel audio tracks to ambient room-filling sound. It doesn't sound as satisfying and realistic as 360 Reality Audio tracks but it's the next big thing for Spotify and Apple Music subscribers. 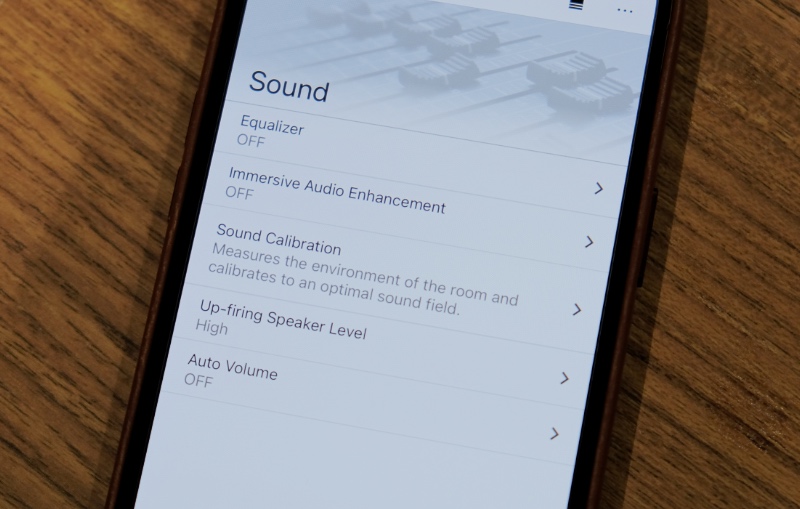 You can tweak the sound and manage the speakers using the Music Control app. Sound customisation options include equaliser settings and a sound calibration mode which measures the environment and adjusts the speakers' output to match. There's also an auto volume mode that analyses your music and keeps all of your tracks playing at the same volume level.

This is designed primarily to be used wirelessly and it supports both Wi-Fi and Bluetooth. Wi-Fi delivers better performance because it has a much higher bandwidth than Bluetooth. If for whatever reason you are relying on Bluetooth, note that the SRS-RA5000 and SRS-RA3000 both only support AAC and SBC codecs. Sorry, Android users, there's no support for aptX.

Based on my short time with these two speakers, I was most impressed with the SRS-RA5000. Don't get me wrong, the SRS-RA3000 sounded good, but it paled in comparison when you listen back to back with the SRS-RA5000. There's a more palpable sense of bass and tension with the larger speaker. It also sounded orders of magnitudes clearer and more detailed. If you have space and budget, the choice is clear. 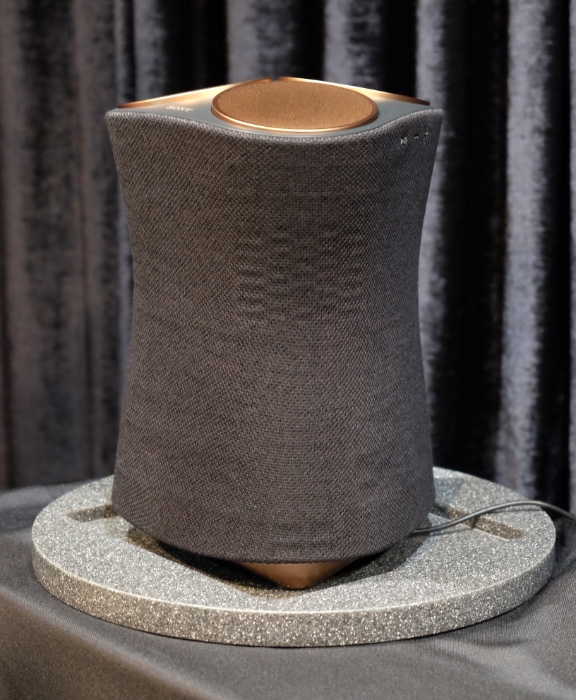