Sony made a splash with their new lineup of products encompassing televisions and smartphones at a media event held at One 15 Marina Club in Sentosa Cove yesterday. The new devices are particularly skewed towards providing a homogenous, interlinked experience through wireless connectivity. Utilizing DLNA features, users will be able to share and consume content across various screens such as televisions, tablets, and mobile devices with the touch of a button or a flick of the wrist. 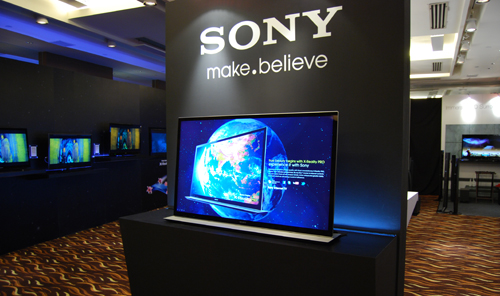 Most of the notable introductions were for Sony’s Bravia new line of televisions and wireless connectivity features, such as DLNA for example. Marking a shift from last year's efforts at popularizing 3D and Smart TV functions, Sony has returned to its roots by redirecting their energies towards providing the best picture quality possible with their latest televisions. Rather than emphasize features, Sony will be shining the spotlight on the performance of the new models and hope the TVs' visuals speak for themselves.

Wi-Fi Direct connectivity, Sony Entertainment Network, and their trademark Monolithic One Glass design make up the remaining ethos driving the new comers. Another interesting decision from Sony is that the new range now comprises of LED TVs exclusively. The Japanese CE titan will not be upgrading their CCFL sets for the local market.

While we were half hopping to see the Sony's Crystal LED TV again from CES 2012, we guess that will take a much longer time before it becomes retail ready. We look forward to hearing more news of it late in the year, but for now, we share with you on what's coming to the stores soon.

Almost all of Sony’s previous designs are still evident in the recently unveiled products. Most of them will feature the familiar Monolithic design, typically seen on premium Bravia models, while the addition of Gorilla Glass helps ensure are tougher panel face. Now, the real step forward is the refreshed Bunchin Stand. 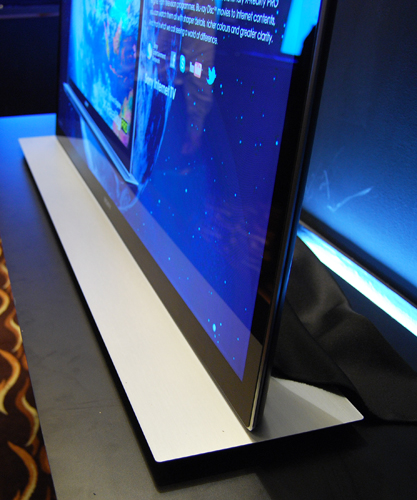 Resembling a docking station to a certain extent, the Bunchin Stand is fundamentally a weighted base for the TV's panel. Besides securing the screen, the stand also houses additional subwoofers to improve the set's audio performance. While its functionality hasn't changed from the original Bunchin stand a few years ago with the NX series, the one shown today has an updated design. The TV now seems to 'dock' with the stand rather than 'sink' into the the stand. The Bunchin stand seems to be a nice improvement and may give the new Sony products an edge when compared to Samsung’s wobbly Quad Stand design.

The pride and joy of Sony's new Bravia line is the HX855 model, and it will be available in 46-inch, 55-inch, and 60-inch sizes. The television will also offer 3D and Smart TV functionality while visuals are powered by Sony's X-Reality Pro engine. And as you can see from the pictures below, the HX855 is also a prime example of how the Bunchin Stand enhances the entire unit's aesthetics. 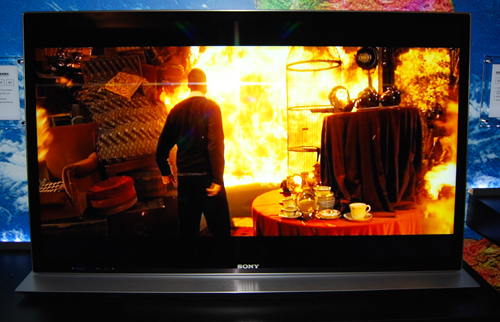 Another interesting model from Sony is the Bravia NX650 which features Internet TV functionality without 3D functions. Instead of the dual-chip X-Reality Pro engine, this television will feature the single-chip X-Reality Engine instead. This model will be available in 32-inch and 40-inch screen sizes, while backlighting duties are left to its edge-lit LEDs. The NX650 is slated as a mid-level model, and will be priced accordingly once it hits the stands. 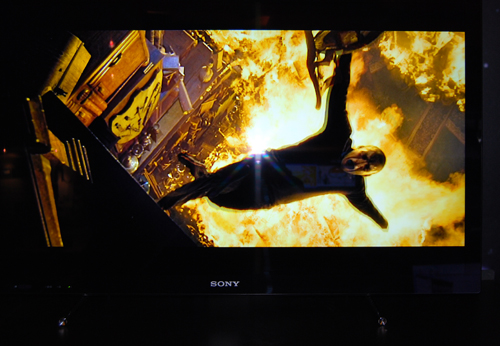 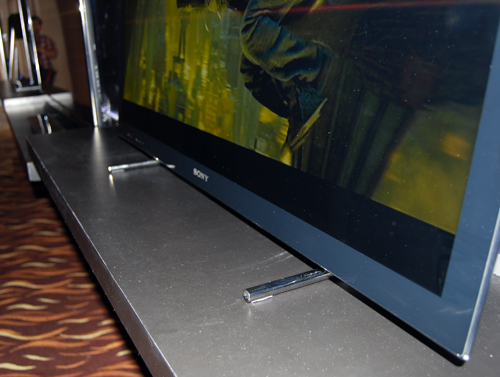 The entry-level Sony Bravia EX650 will replace the existing EX520 which earned a rave review from us. Like the higher level NX series, the EX650 also provides visuals courtesy of the X-Reality Engine and Edge LED technology. This model will definitely interest the majority of consumers and we are looking forward to seeing how it matches up with its predecessor. The EX650 will be available in 32-inch, 40-inch and 46-inch sizes. 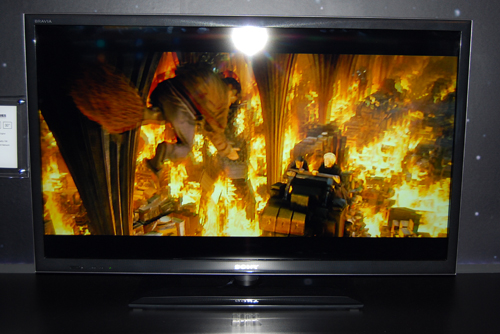 Both the EX410 and the EX310 are intended to be mass moving products from Sony's new range. Though they are short on features, since they lack Internet TV and 3D functionality, they still boast of a USB port and FM Radio. Sony's Bravia Engine 3 drives the panel's performance with the help of Edge LED technology. A 32-inch and a 42-inch variant will be available for both models. 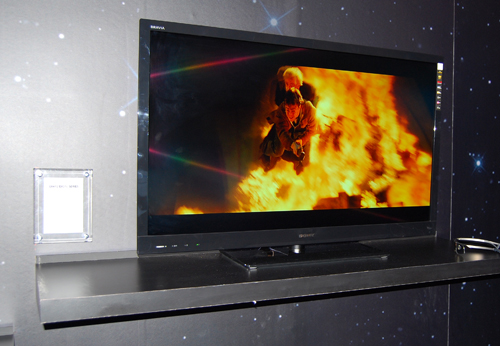 The new Sony Bravia models will be available in May 2012. Pricing details are currently unavailable.

Some of you may be aware that consumer electronics is not the only market Sony excels in. They also have access to a vast library of quality music and movie content which will soon be made available to users of their products. The Sony Entertainment Network will provide apps and more, based on the Opera platform, for Sony's televisions, tablets and smartphones. 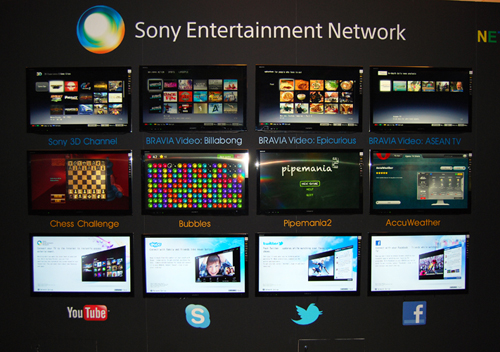 At CES 2012 Sony revealed they are also working on a set-top box to accompany their new televisions. Not much information is available about the project as of now, but as from our past report and the signage we noticed, it is clear that the device will function in conjunction with Google TV. The device will also feature a newly designed, multi-function remote. 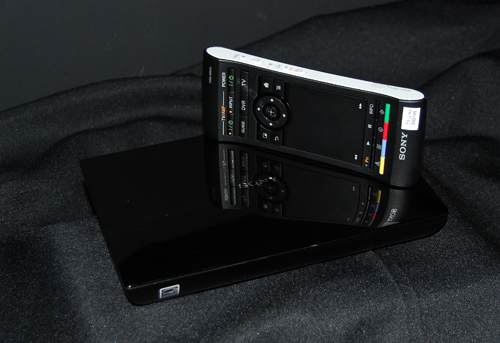 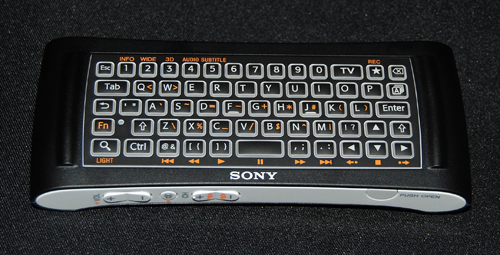