Sonos unveils its smartest speaker ever with their new Play:5

Sonos comes to play with their new Play:5 speakers 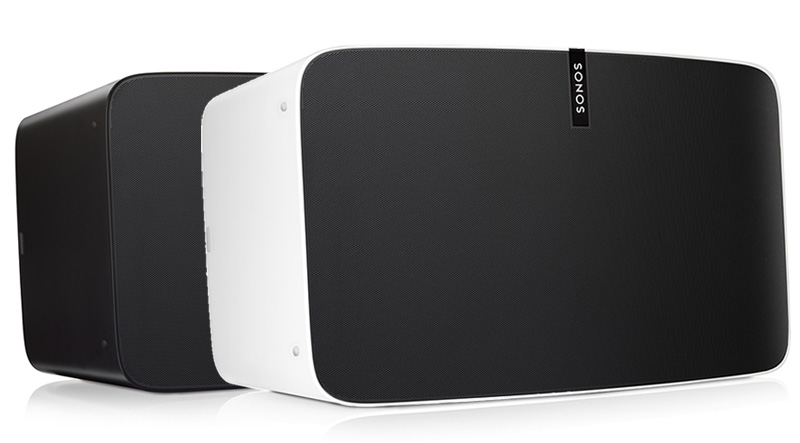 Sonos was arguably the first to hit the scene with multi-room audio, but there were some limitations in their earlier products – you needed an additional Sonos Connect unit to reliably play to multiple speakers, and the speakers didn’t feature HRA (High Resolution Audio) support at the moment, leaving them behind competitors like Lenco and Sony.

Well, that’s all changed with the new Play:5 though, and despite the lack of change in naming, the new speaker is being described both as "the future of Sonos" and as their "smartest speaker ever". We were told that every single part of the speaker is designed by Sonos, with the aim of delivering a world-class speaker product that fits readily into people’s lives. 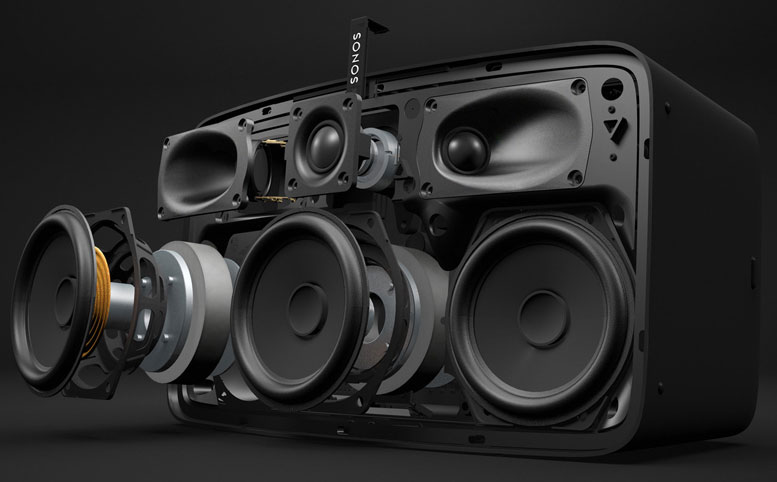 The Play:5 has six custom-designed drivers that are perfectly synchronized, with three mid-woofers for smooth mids and deep bass, and three tweeters for crystal clear highs. All of them are powered by dedicated amplifiers, and that allows the mid-woofers to create sounds as low as 27Hz. For reference, that’s about as low as the Sonos Sub goes, which is pretty impressive when you consider how much smaller the Play:5 is. 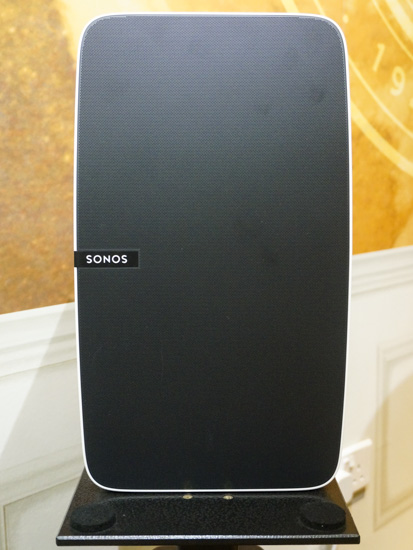 The drivers have been specially designed so the speaker can work equally in three orientations – vertically, horizontally, and as part of a stereo pair. When placed as a stereo pair in horizontal orientation, the Play:5 speakers offer a large stereo image for better room-filling capabilities.

When placed vertically though, the Play:5 speakers offer a focused, intense sweet spot for more intimate listening, something we noticed when we were treated to Firestone by Kygo. This is a dark, moody track that picks up the beat pretty quickly, and we were quite impressed to hear the clarity in the speakers on some of the higher electro synth notes, as well as to feel the deep thump of the grounding bass beat. 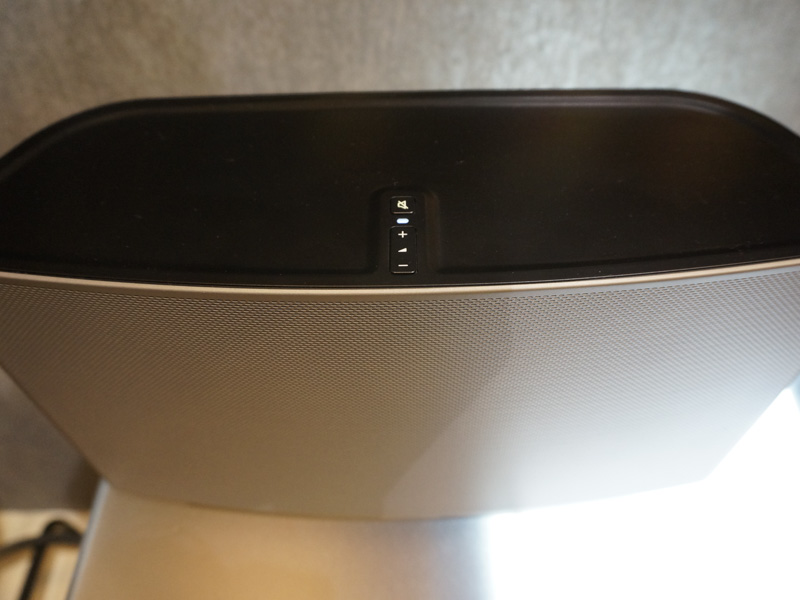 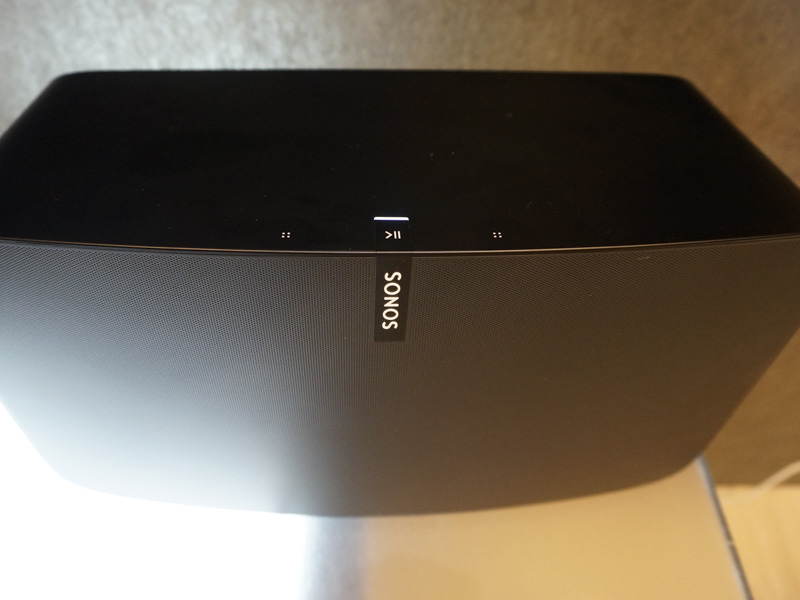 The new Sonos Play:5 features touch sensitive controls unlike the buttons on the old model, these work with smart sensors within the speaker to ensure that the volume-up button is always oriented properly, making it easy to use regardless of how you choose to place the speaker. The speaker grill is curved to optimize the speaker’s acoustic projection for a large sound stage, while the grill features almost 60,000 holes to ensure transparency of sound. Even the "Sonos" label is perforated, which goes to show the extent Sonos has gone to optimize the capabilities of the Play:5. 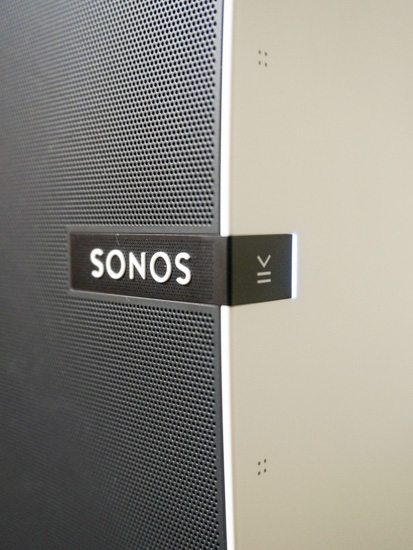 Compared to the old Play:5 speakers, the new Play:5 speakers are a bit shorter and slightly narrower, but also quite a bit deeper too. It features a polycarbonate shell that reduces wireless interference and allows the Play:5 to endure high-humidity conditions like kitchens and our tropical climate, so that should mean the speaker can last a lot longer. 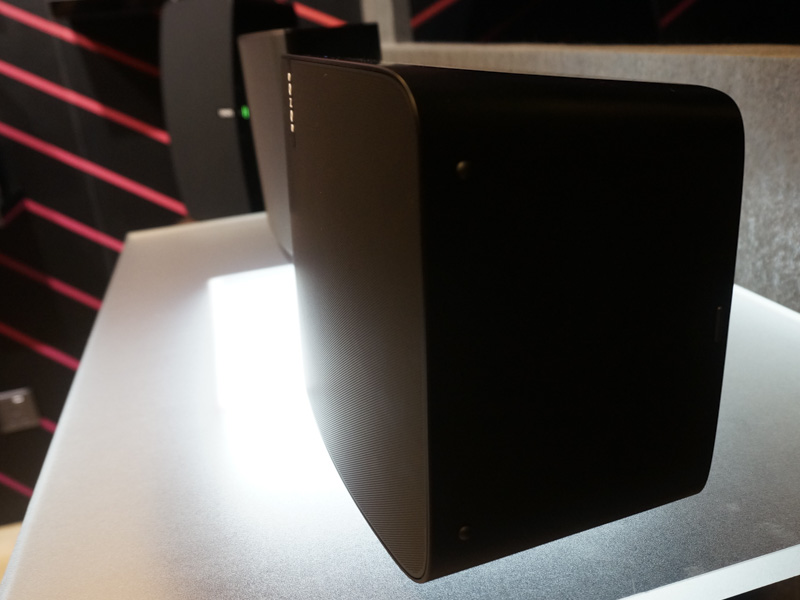 Interestingly enough, Tat Chuan Acoustic had a Play:5 from the old series present, and switched between the old and the new Play:5 set to let us hear the difference. Clearly, the new Play:5 speakers demonstrate better resolution and clarity over the entire audio range of the speaker. Vocals on the old speaker sounded a little muddy in comparison, and the low bass notes lacked the detail brought forward by the new speakers, so evidently Sonos has done quite a bit of work between generations! 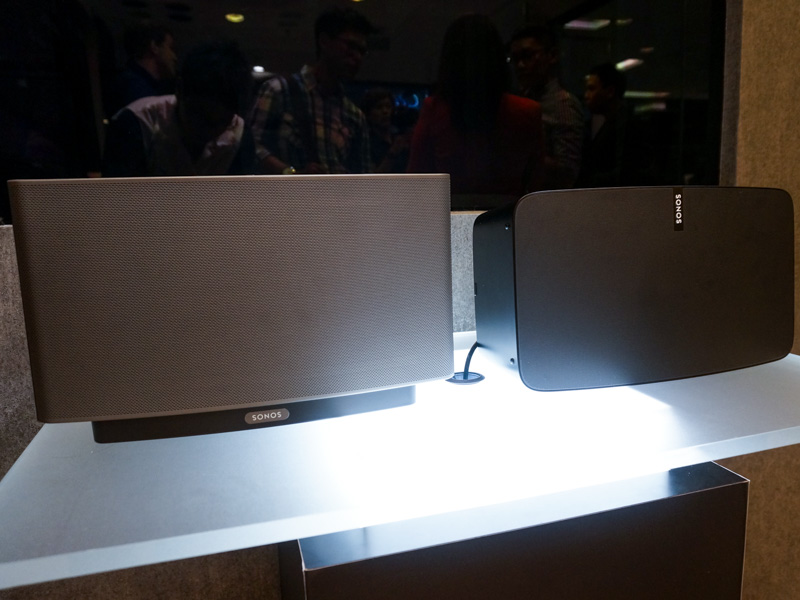 Next up was a more interesting demonstration: Tat Chuan invited a local singer by the name of Deon to perform one of his tracks live – after we heard it play on the Play:5. The idea being is to show that the Play:5 was capable of rendering audio so realistic that we would barely be able to tell the difference. We took a short listen to the track (Winter), and then Deon took to stage to perform it live.

The result? Well, there is a certain palpable energy to a live performance that comes from both the vocals and musical instruments of the performers that doesn’t quite translate to recordings, so that was definitely lacking from the Play:5’s rendition, but otherwise, we must say the little speaker performed most admirably. Here’s a short video clip of the test so you can judge for yourself:

Trueplay gets your system going the right way 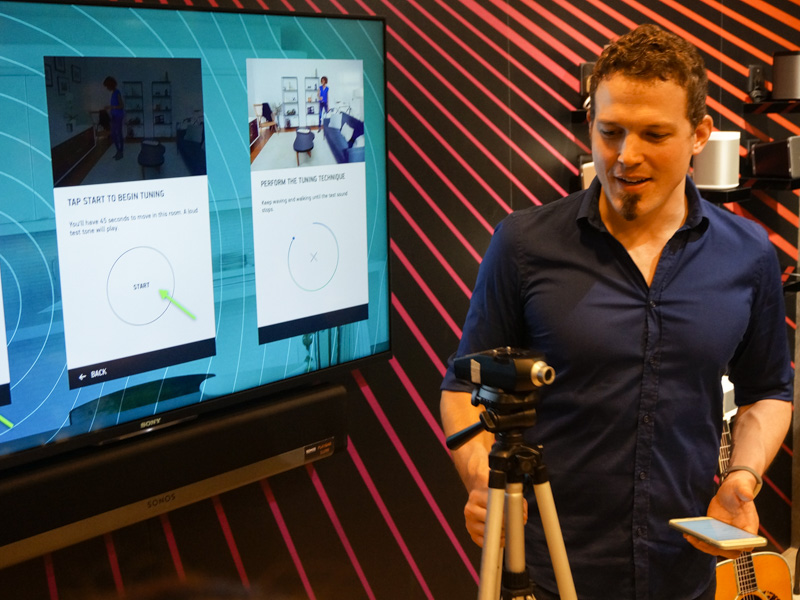 A new feature in the Sonos app that will soon be available to all Sonos speakers, Trueplay is a piece of audio tuning software that uses the microphone on your iPhone or iPad to capture test tones emitted by a Sonos speaker. The system uses these tones to analyze how sound reflects off all the different surfaces in the room and then calibrates your speakers so they take these into effect. The end result is that your audio will be optimized for the room your speakers sit in so they sound their best. That’s an important innovation as now you won’t need to be an audio engineer or spend thousands of dollars to fix your room to get the best sound, simply run the app, follow the instructions, and you’re done. It's certainly a useful feature, and we're glad to hear that it will be slowly rolled out to all Sonos products.

At the end of the day, we have to say the Play:5 really did impress us, so we're eager to put it in our labs to see how it stacks up against the rest of this year's competition. Multi-room audio is certainly heating up, and that can only mean better sounding music to the ears of audio lovers every where.

The Sonos Play:5 will be available at all authorized retailers from 25 November for S$999.