Move is the first Sonos speaker you can take out

Move is the first Sonos speaker you can take out 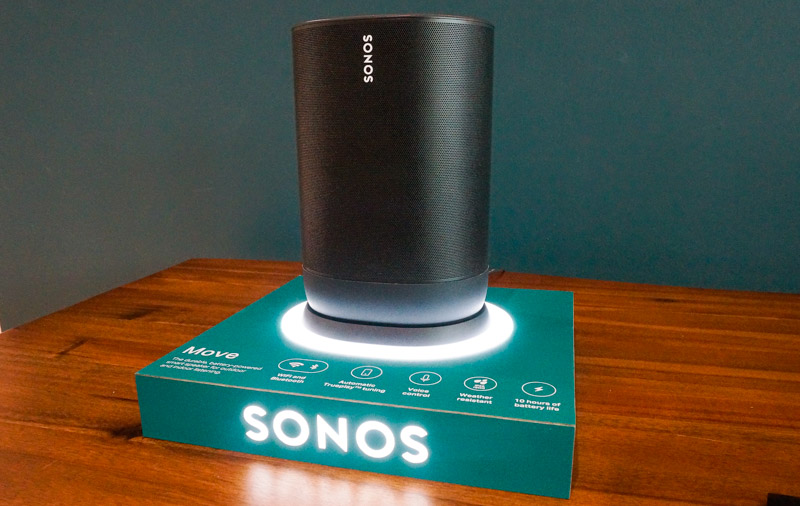 Down by the pool, out by the sea, or under a sprawling tree, the party is wherever you want to be. That’s why companies like Creative, JBL and Ultimate Ears have a range of speakers that boast water and dust proof capabilities with varying IP-ratings. But, what if you have a larger area or simply want more sound?

Well, that’s where the latest Sonos speaker comes in. Literally named “Move”, the speaker has an IP56 rating for protection against dust and water. The speaker measures 240 x 160 x 126mm and weighs 3kg, so isn’t truly portable in the usual sense, but remains light enough to be lifted without too much effort by a grown adult. Still, that hasn't stopped Sonos from incorporating a handle into the design. 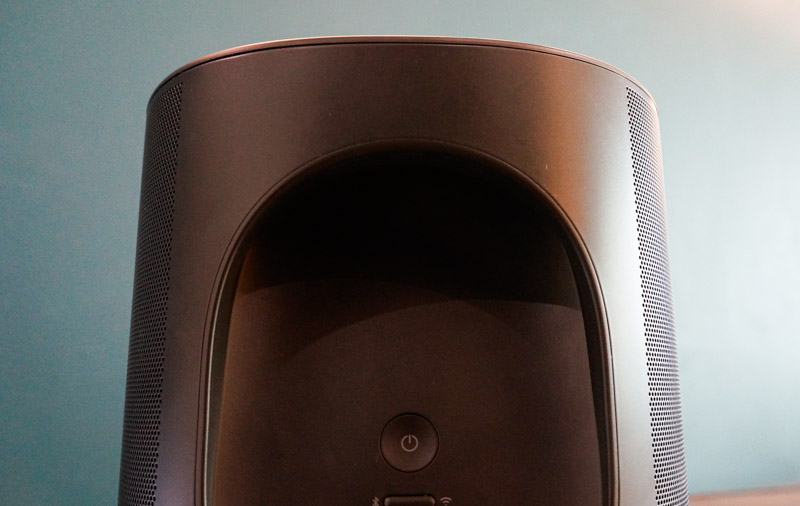 As with all Sonos products, the Move uses Wi-Fi for streaming and connecting to other Sonos speakers on your network over 802.11 b/g/n, 2GHz and 5GHz. That means you’ll get the usual Sonos multi-room audio benefits, as well as easy access to Amazon Alexa or Google Assistant. Of course, you'll also get touch controls on the top of the speaker too.

It also supports stereo pairing (when on Wi-Fi), so you can get two to have a flexible bookshelf speaker setup that can be taken with you anywhere. Move out of Wi-Fi range, and the speaker switches to using Bluetooth for streaming. The Move comes with Bluetooth 4.2 with AVRCP, and supports SBC and AAC. 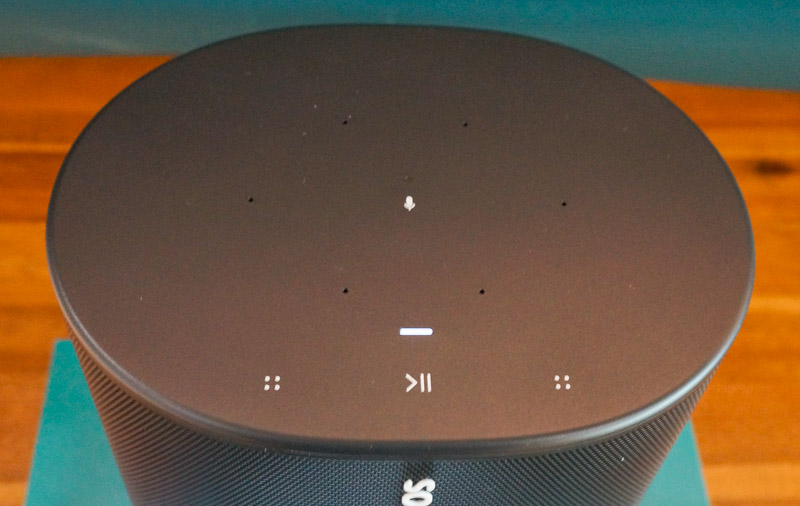 The Move also comes with an internal battery that gives it up to ten hours of continuous playback on a single charge. Charging is done via an included charging base (seen in the first image). It also supports USB-C charging, provided your adapter can output 12V/3A, 15V/3A, or 20V/2.25A.

Sonos says the Move comes with two Class D digital amplifiers, a downward firing tweeter, and a fairly large mid-woofer that supposed to capture both mid-range and deliver rich bass. It also comes with automatic Trueplay tuning that optimizes the audio for where the speaker is placed.

Sonos demonstrated this by facing the speaker into the corner of the room, causing the audio to be muddied for about 15 seconds before the Truplay calibration kicked in. Once the speaker adjusted itself, we certainly got better clarity, but at the expense of some volume. An extreme example that proved its point – place the Move anywhere, and it will automatically adjust to give you the best possible sound. 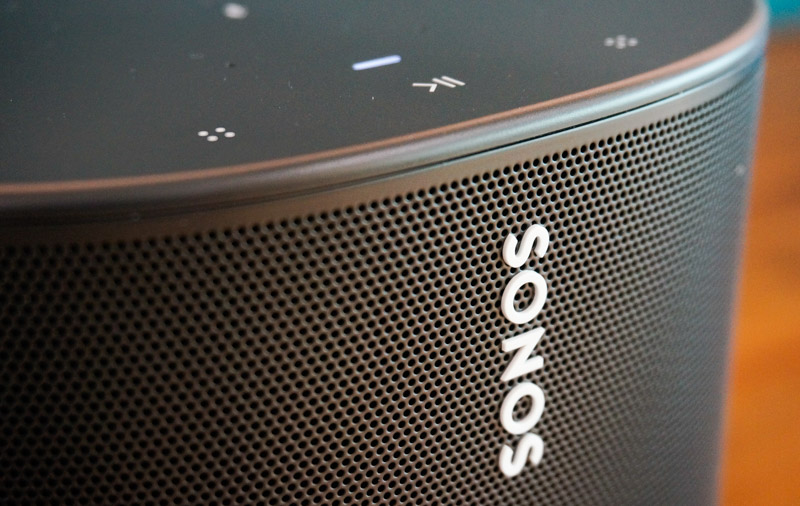 Given the fairly large stature of the speaker, you’d certainly expect it to deliver booming audio, but we found ourselves listening at close to three-quarter volume from a distance of about two metres away for best effect. We were told the speaker projects sound in about a 220 degree radius through the perforated front, so you’ll get good sound even if you’re slightly behind it.

We got a demonstration of the track Bad Guy by Billie Eillish, and thought the Move did a fairly good job of keeping up with this faster moving track. There's a good punchy bass to this speaker and it delivered good naturalness on the finger snaps in the piece too.

Moving on to a recording of Keith Don't Go by Nils Lofgren showed off the capabilities of the Move in the mid range. It does well in the lower mids but is a little rounded off towards the highs.

Ending off with Hotel California by The Eagles, we found that the vocals in this track were placed well forward, to the extent that the backing instruments were lost a little. Given that the Move is in essence a mono speaker unless paired, it's also not surprising that we found ourselves looking for a bit more stereo separation in the bridge portion.

Overall though, we'd say the Move is an interesting addition to the Sonos family that gives you more options in terms of speaker placement. At S$729 though, it's probably more than what most people would like pay for a wireless speaker to bring down to the pool, so the more likely audience is people who are already in the Sonos system. The Sonos Move will be available at all authorised dealers starting 25th September 2019.