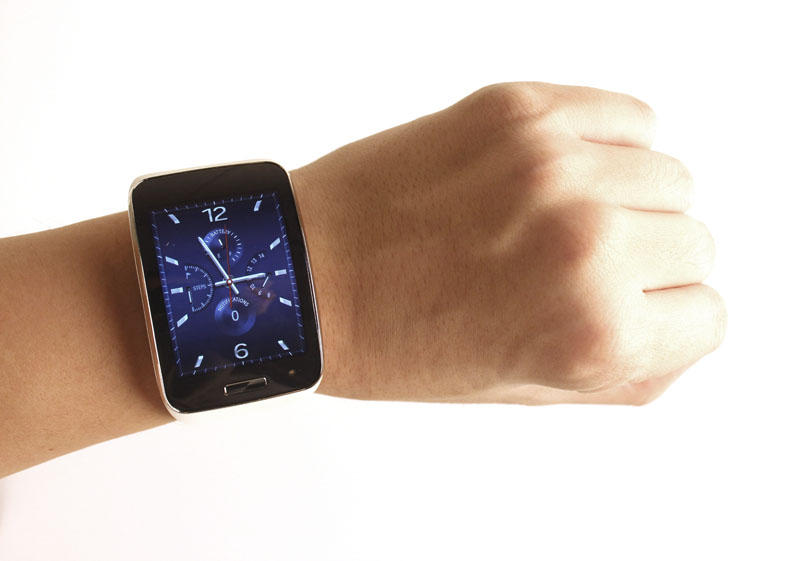 The Samsung Gear S is the only smartwatch in our shootout not powered by Android Wear. Instead, it uses Tizen, an open source OS that, like Android, is based on Linux. With its huge display, metallic bezels and home button beneath the screen, the Gear S looks a lot more like a tiny curved smartphone strapped to your wrist than a traditional watch. While other smartwatch manufacturers have veered towards more fashionable designs, Samsung seems to be fully embracing the computer on your wrist style, and the Gear S’s thick housing, chunky metal clasp and rubber strap is definitely more geek than chic. While its curved form factor makes the Gear S quite comfortable to wear, it’s also ridiculously large, and it’s probably going to be too big for most women’s wrists. 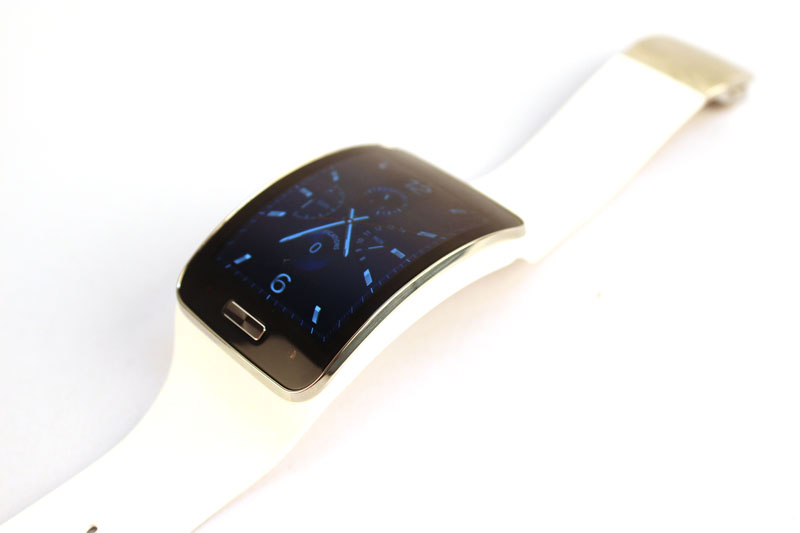 Where the Gear S tries to win you over is with its unique capabilities. It’s the only smartwatch in our shootout with its own micro-SIM card slot and 3G modem inside. That means you can use it without pairing it with a smartphone, and it also lets you make and receive calls on it, thanks to its built-in speakers and microphone (alternatively you can use a Bluetooth headset). You can even respond to emails using a tiny onscreen QWERTY keyboard, although honestly trying to type on a 2-inch screen with one finger is just absurd. You’re much better off with voice recognition, but Samsung’s Tizen-based voice input isn’t quite as good as Android Wear. It works, but it often takes a few attempts to get it right. While we enjoyed the novelty of making phone calls with the Gear S, ultimately, you’re still better just getting out your smartphone. You can see more of the watch's interface in our earlier hands-on article here. 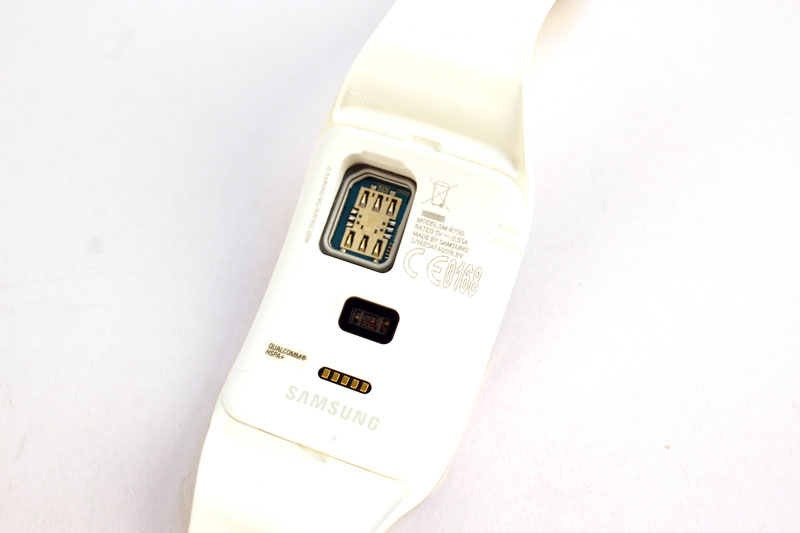 The Gear S has a curved 2-inch AMOLED display with a 480 x 360 pixel resolution (300 ppi), making it the largest smartwatch display currently available. As is normally the case with Samsung’s displays, the Gear S’s display is super vibrant and colorful with great viewing angles. One quirk worth noting is that some of Samsung’s older Gear apps aren’t optimized for the Gear S’s display size, and end up looking a bit stretched out and distorted. The Gear S’s huge display does have some benefits though. Thanks to its great contrast and large size, it’s one of the best smartwatches for reading content and the big curved screen makes vertical scrolling easy too.

With the Gear S running on Tizen OS, you won’t be able to use any Android Wear apps with it; instead, it has its own Gear App marketplace. There’s less choice here than with Android Wear, but there are a few winners to take note of, such as the Nike+ running app (which is still in development for Android Wear).

Despite having the smallest battery size, battery life on the Gear S was surprisingly decent, especially considering its 3G modem and large display. We were able to get about 20 hours out of it on one charge. When you do need to recharge the Gear S, you’ll need to use a clip on charging cradle.