Brains Behind The Smarts

Smart TVs are powered by each brand's own proprietary software. In other words, no two Smart TV platforms are alike, very much like the OS fragmentation on smartphones with diverse operating systems like iOS, Android, and Windows Phone 7, among others. Simply put, the web interface you see on a Sony TV won't be the same as the one on a Philips. Interestingly, however, Smart TVs actually share a lot in common with their smaller smartphone siblings. Not only do Smart TVs enable you to access web content and social media services (like smartphones do), but they also provide access to an online app store where you may download apps from. For that matter, each Smart TV model will undoubtedly differ in terms of their interface design and manageability. Here are some primers to give you a clue on what to expect from the more prominent brands. Here's our early guide to various Smart TV platforms in video format, but we've got the latest iterations covered below:- 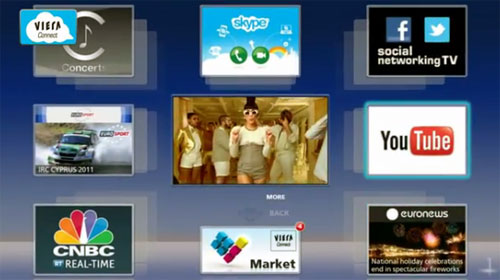 Panasonic's Smart TV interface has gone through various updates over the years. Once known as Viera Cast (2008), it has since been upgraded to Viera Connect after several software tune-ups. Panasonic will also be using the "Smart Viera" branding with their upcoming Viera HDTV line-up. Although their Smart TV namesake has changed over the years, the Viera Connect interface remains largely unchanged. The main splash page features eight "windows"; with one "window" for each installed app, while the rectangular box in the middle is an active screen which displays current playback content from broadcast or auxiliary sources. The Viera Remote app is also available for download on iOS and Android devices. 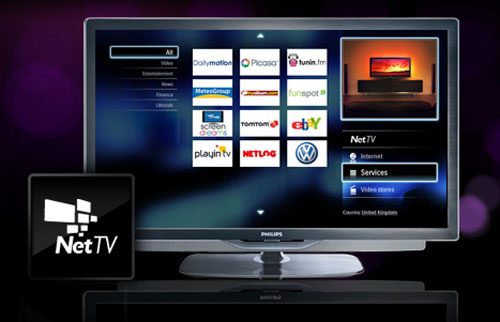 Philips launched their Internet-based TV service, Net TV, in the UK three years ago. However, their Smart TV platform only trickled down to Asian releases at a much later date. Net TV has since accumulated a fair number of online services to date, including news feeds, video-on-demand, social media, photo-sharing, and weather forecast applications. Some of the more notable apps include YouTube, Vimeo, Picasa, Facebook, and Twitter. Although all of Philips' 2011 range of Smart LED TVs carry the Net TV platform, do note that only the 9000 and 8000 series are equipped with integrated Wi-Fi. A web browser is available on Net TV if you're wondering. 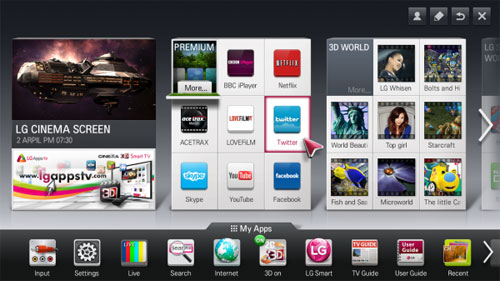 LG's revamped Home Dashboard (their Smart TV interface) offers a sexier and more organized blueprint compared to their earlier efforts. A new My Apps 'docking bar' below now houses commonly accessed functions like the TV's input selection, a web browser, and a TV Guide for digital channels. The main holding area on top has also been given a sweet makeover. The Home Dashboard now features a "card" layout with categories catered for Premium Apps, 3D World, LG Smart World, Smart Share and so forth. According to LG, 3D World will provide user with access to various 3D video-on-demand content. However, whether these services will be made available here in the local regions remains to be seen. 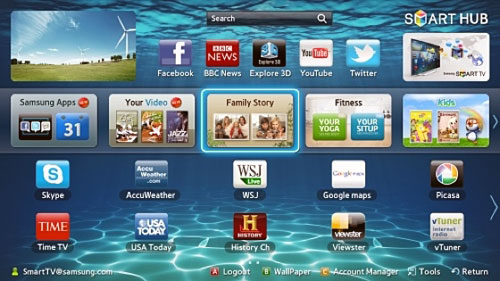 Although the layout for Samsung's Smart Hub appears similar to last year's line-up, one key upgrade from the South Koreans is that the new interface now sports a Full-HD resolution to complement their slew of 1080p TVs. Other notable updates include family-oriented online services (categorized as Family Story, Fitness, and Kids) and a tabbed web browser. Samsung's new fleet of Smart TVs will also feature face recognition (via its built-in camera), motion control, and voice control features. They'll be available with Samsung's premium range such as the ES8000 and ES7500 LED TVs and the E8000 plasma series. Content wise, Samsung has forged a working partnership with SingTel resulting in apps like SingTel Video Search and SingTel Video Store. The former enables users to search for online movies and TV programmes via SingTel's exCite TV service, while the latter gives users access to a mix of Hollywood TV series and films. Three-dimensional clips are also available with Samsung's Explore 3D app. 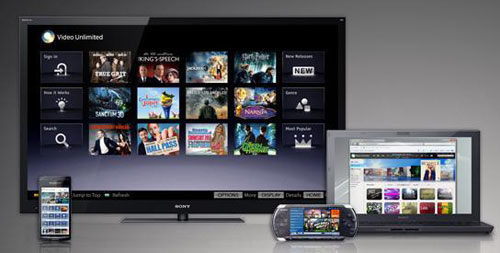 For the record, Sony would like it better if you refer to their Smart TVs as Internet TVs instead. Now that we've gotten that out of the way, Sony has made noticeable upgrades to their Bravia Internet Video platform as well. Known as Sony Entertainment Network, the Japanese CE giant has finally unified their online video, music, and gaming services (PlayStation Network) under one common umbrella. On top of that, Sony is also emphasizing on connectivity and interoperability among their devices with the arrival of their content portal. For instance, purchased or rented online media may be downloaded or streamed to compatible Sony products, such as Bravia TVs, PlayStation consoles, Xperia phones, and tablets. We understand that Sony is working on a Network Media Player (powered by Google TV), but don't count on it to reach our sunny shores as yet.