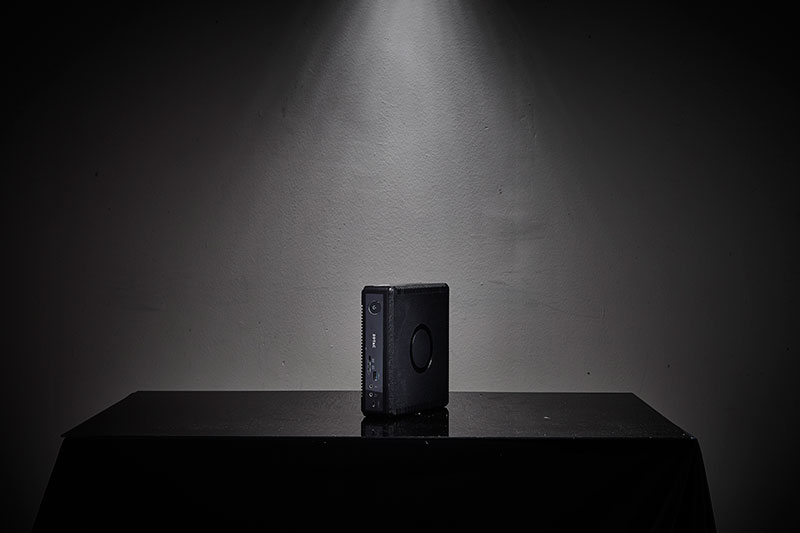 The Zotac Magnus EN1070K is the smallest PC of the lot. In fact, it doesn’t look very much like a PC at all, but the power that this little beast packs belies its size. Still, cramming that much computing heft into that sliver of a chassis isn’t easy, and the price reflects that.

At S$2,437, this is the most expensive of the lot, but it’s a solid choice if your top priority is to have the smallest footprint possible. More impressively, it has managed to cram an NVIDIA GeForce GTX 1070 in there, although that takes the form of an MXM graphics module more commonly found on laptops.

This GeForce GTX 1070 is clocked lower than its full-sized desktop counterparts, with a 1,443MHz base clock and 1,645MHz boost clock, but the good news is that this doesn’t seem to result in that big of a performance gap in actual games. And because it’s not soldered on as on the ASUS ROG GR8 II, you’re technically able to upgrade it if you have the right components.

It also uses a socketed CPU, so that can be swapped out as well, but you’re still limited to a 35W Intel T-series processor to comply with the cooling capabilities of the system. Nevertheless, the Magnus EN1070K is every bit a full-fledged gaming PC, and it’s quite a feat that it can go toe-to-toe with the other machines, which can even be thought of as quite large when compared to it. It measures a mere 210 x 203 x 62.2mm, and it’s built more in the mold of a no-nonsense business system.

The casing was designed to be taken apart easily, and the lid is held in place by two thumbscrews. Once you remove these, you can slide it off to give you access to the storage and the memory. The GPU is located on the reverse side, and that’ll require a bit more handywork to access. 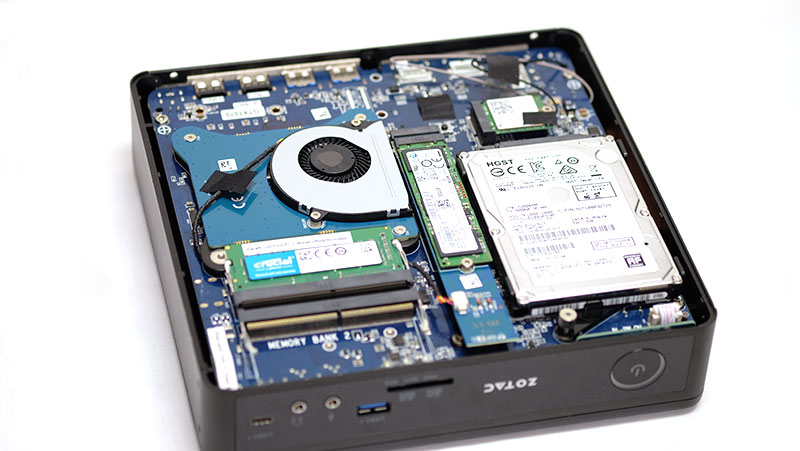 For such a small PC, there’s an impressive array of I/O ports. On the back, you’ll find two USB 3.0 and two USB 2.0 ports, in addition to a whopping four DisplayPort and HDMI connectors. It supports up to four external displays, so while the GeForce GTX 1070 won’t be able to cope with gaming across so many monitors, all the ingredients are in place for a sprawling workstation.

On top of that, there’s even dual Gigabit Ethernet ports that support teaming, a feature that none of the other PCs reviewed here offer. 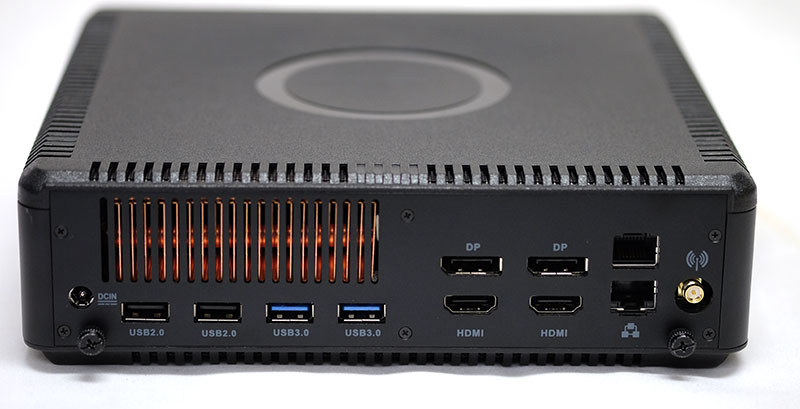 Finally, there’s USB 3.1 (Gen 2) Type-A and Type-C ports on the front, so you’ll be able to hook up an external HDD or USB-C phone quite easily. When it comes to I/O options at least, the Magnus EN1070K gives you little reason to wish for a full-sized desktop.

Performance-wise, the GeForce GTX 1070 is very capable, and can comfortably handle up to QHD resolutions. However, the weaker quad-core Intel Core i5-7500T can hold the system back slightly in certain CPU-bound games such as Ashes of the Singularity, although the difference isn’t too significant.

That said, most games today have the GPU as the limiting factor, so this is pretty much a non-factor most of the time.

If you’re a gamer that, for some reason or another, doesn’t want to look like a gamer, the Magnus EN1070K is an excellent choice. It’s discreet, compact, and powerful, and is also wonderfully equipped to double as a workstation PC. It even offers plenty of features that the other larger systems don’t, such as dual LAN ports. One drawback is the large power brick that is almost the same size as the system itself, but at this point, it's pretty much par for the course with this category of products. 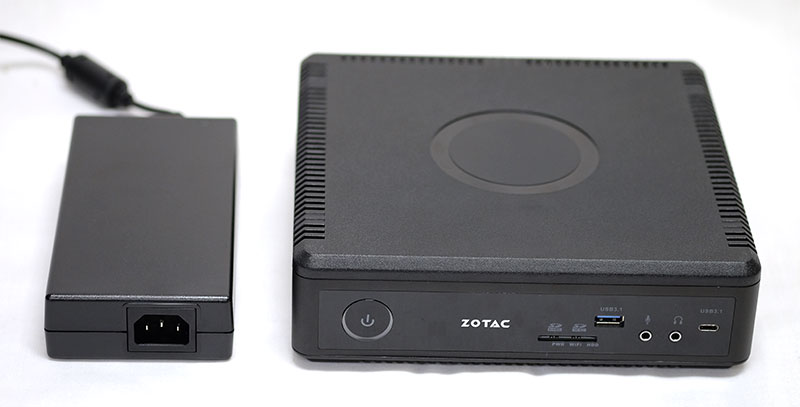 It has more limited upgrade options, and you’ll have to pony up more for it’s uncannily small design, but if want you want is the most compact system possible, this is definitely one of the top options.