For our temperature tests, we ran 40 loops of 3DMark’s Fire Strike Extreme stress test and took the maximum CPU and GPU temperature readings.

As two of the larger systems, the Aftershock Impulse V2 and Dreamcore One posted the coolest CPU temperatures. In fact, the Dreamcore One managed to edge ahead thanks to its use of the aftermarket Zalman cooler (newer units now use a Noctua model).

GPU temperatures across the different machines were much closer to each other, although the MSI graphics card on the Dreamcore again managed the coolest temperatures. 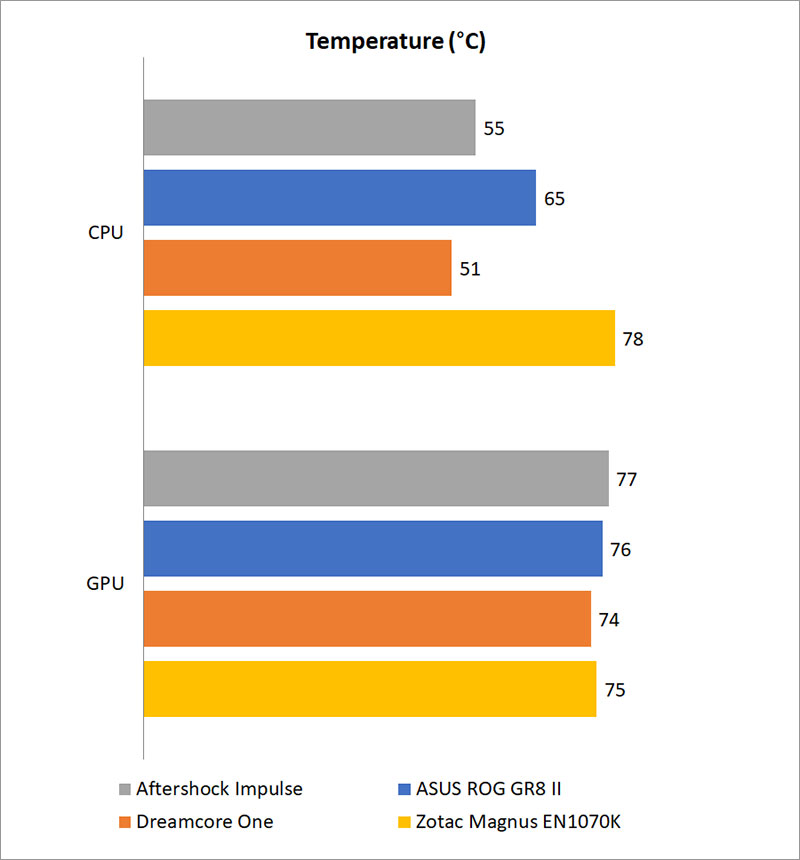 Unsurprisingly, both the Aftershock Impulse V2 and Dreamcore One drew the most power, thanks to their full-fledged desktop-class components. On the other hand, the ASUS ROG GR8 II uses a soldered NVIDIA GeForce GTX 1060 3GB card, while the Zotac uses a 35W T-series processor, so they naturally weren’t as power hungry.