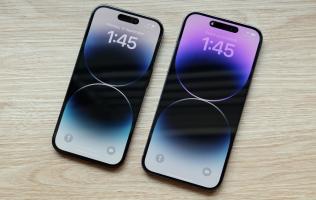 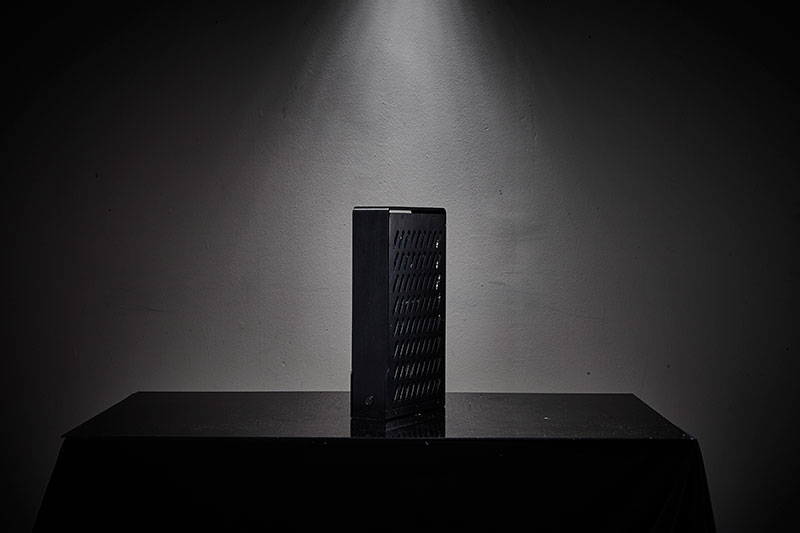 Dreamcore is the new kid on the block when it comes to boutique PCs. Its systems are sleek, polished, and quite dapper, and the good news is that it’s got the substance to back its looks up.

The Dreamcore One was the company’s first outing in the market, and it slots neatly into the SFF segment. It’s constructed entirely from aircraft-grade aluminum, and the eagle-eyed among you may notice that the chassis is actually a Not From Concentrate S4 Mini.

With a capacity of just 4.3L and standing at 63mm wide, Dreamcore’s PC will take up just a fraction of your desk. That’s great news if you already have a problem with clutter, but it will also fit in nicely on a spacious desk that you just want to keep clean. 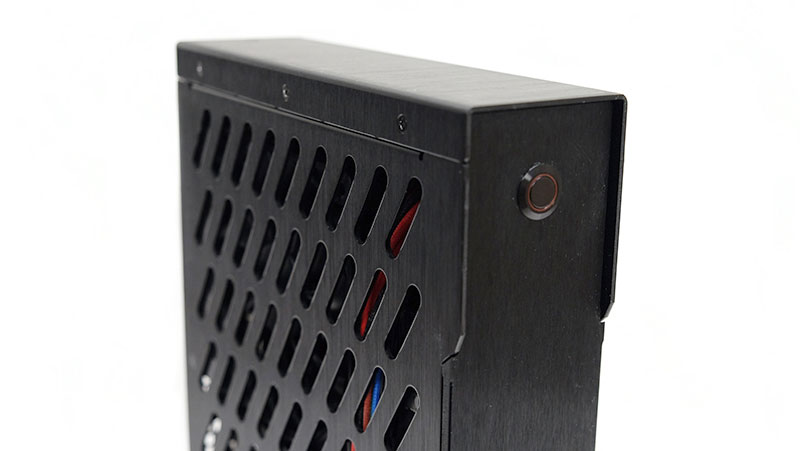 The fit and finish of the machine feels excellent, and we can imagine that this would be a system you’d be happy to flaunt even in the living room.

The precision-cut vents on both sides of the case help improve air flow, which is always a concern in SFF desktops. That said, CPU – which is cooled by a Zalman CNPS2X cooler and not the stock Intel one – and GPU temperatures were well within the acceptable range, so it’s probably not something you need to worry about here.

In addition, Dreamcore has since replaced the Zalman cooler with a low-profile Noctua L9i unit, which is a nice step up over the stock Intel cooler used on the Aftershock. It also runs a few degrees cooler than the latter, so the upgraded cooling options are actually paying off. 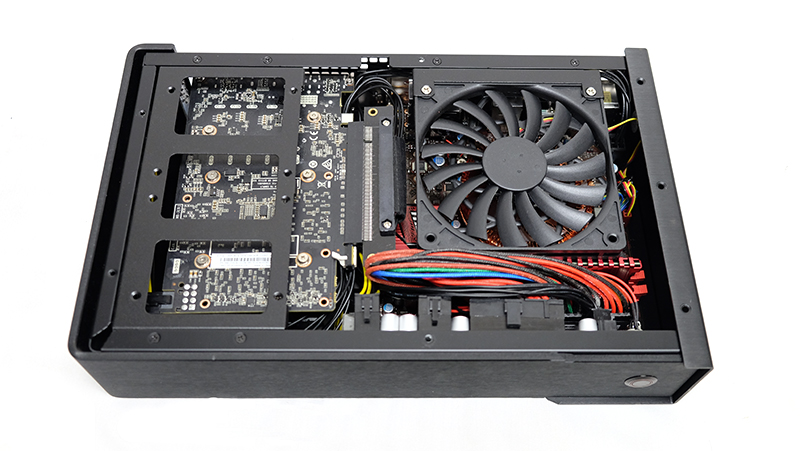 Our review unit came equipped with an MSI GeForce GTX 1070 Aero ITX, which comes with a small overclock over the reference specifications. It features a base clock of 1,531MHz and boost clock of 1,721MHz, making it the highest clocked GTX 1070 graphics card among all our tested systems. 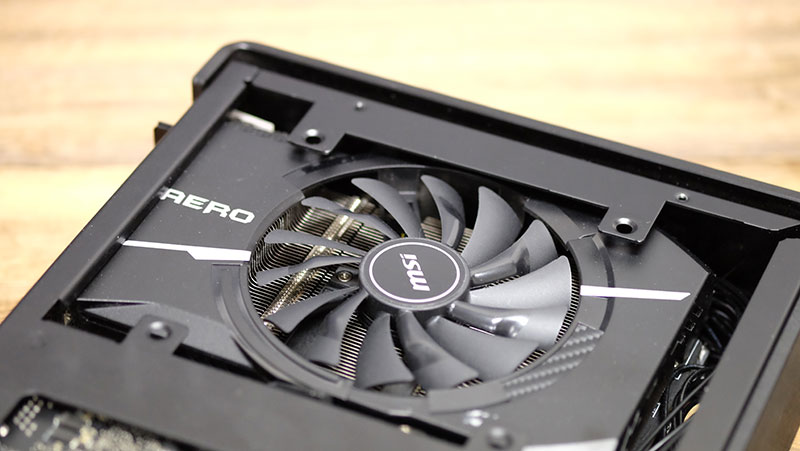 The 400W PSU it ships with may be a bit of a stretch if you configure it for a GeForce GTX 1080 and up (although Dreamcore tells us it will work just fine), but you can also opt to upgrade things like the RAM, storage and CPU.

The default motherboard that comes with the Dreamcore One is an ASUS ROG Strix B250I Gaming, which comes with two M.2 SSD sockets so you can opt for two PCIe SSDs if you want. There’s more than enough USB ports for such a small system, and you get four USB 3.1 (Gen 1) Type-A and two USB 2.0 ports on the rear alone.

There are no front I/O ports, but this probably isn’t going to be much of a problem given that the system’s small size means that reaching behind isn’t as much of a hassle.

There’s support for 802.11ac Wi-Fi as well, so you won’t strictly be limited to a wired connection, even though most gamers will probably choose the latter anyway.

That said, we should note that our review unit came with an ASUS Maximus VIII Impact, so while performance numbers should be indicative what you’ll get with the ROG Strix B250I Gaming, we’re not able to show actual pictures of the actual I/O connectors. That said, here's an image of the board's connectors from ASUS' website:

Ultimately, this is a compact, powerful system, but one drawback is the bulky external power brick, which you’ll have to find a way to accommodate on your desk. The power brick looks positively huge beside the slim machine, so it’s probably better off nestled discreetly on the floor. 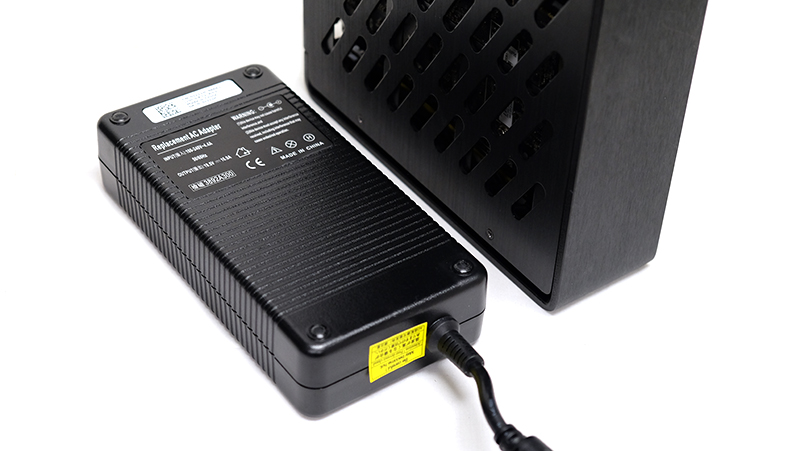 The Dreamcore One costs S$2,320, quite a bit more than the Aftershock Impulse V2, its direct competitor. The additional price premium nets you a more fully-featured Intel B250 motherboard, a third-party Noctua cooler, and a higher clocked MSI graphics card, but the fact remains that it’s still neck-and-neck with the Impulse V2 in our performance benchmarks.