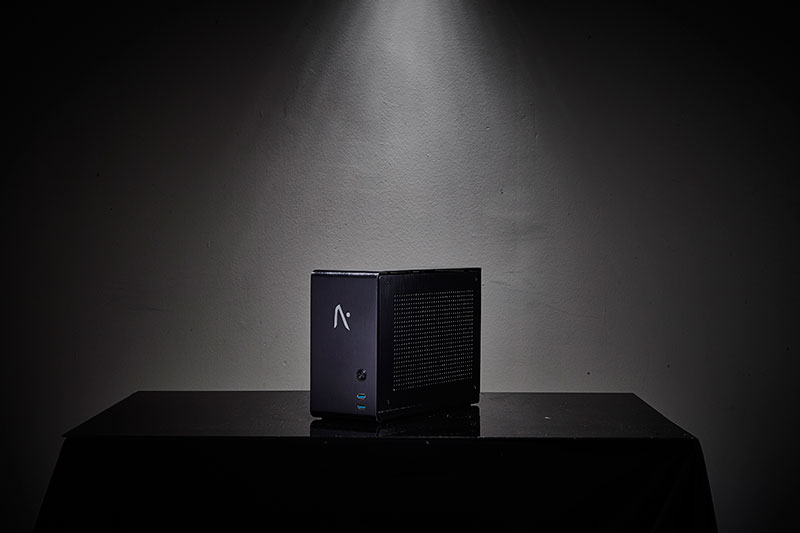 Aftershock has had plenty of experience putting together custom desktop systems, but the Impulse is its first small form factor (SFF) desktop. The updated Impulse V2 is a diminutive, low-slung desktop with space for plenty of high-end components, and it gives you few reasons to wish for a full-sized tower PC.

In fact, you’ll be able to configure this system with an NVIDIA GeForce GTX 1080 Ti in there. The chassis is constructed entirely of aluminum alloy, and designed to be fully upgradeable. You won’t be stuck with your starting configuration as with certain pre-built systems, and you can freely upgrade components as you wish. The chassis design is unimposing, and the brushed metal finish conveys a look of simple elegance. The power button is encircled by a soft white LED when the machine is powered on, and it’s an overall tastefully constructed machine that should have no trouble fitting in in most homes and studies.

To be sure, the edges on the side panels are rough, and the fit isn’t quite flawless, but these are small imperfections that can be easily overlooked. Four screws hold the side panels in place, but once removed, the panels pop right off to give you easy access to the innards. In order to accommodate all the hardware, the graphics card is connected to the motherboard by a riser cable and rotated 90 degrees from its usual orientation in a regular case.

One of the most attractive points about the Impulse is the internal 450W power supply unit. Other models such as the Dreamcore One have large external power bricks that take up a lot of space, but you’ll only have to contend with a single power cable here. 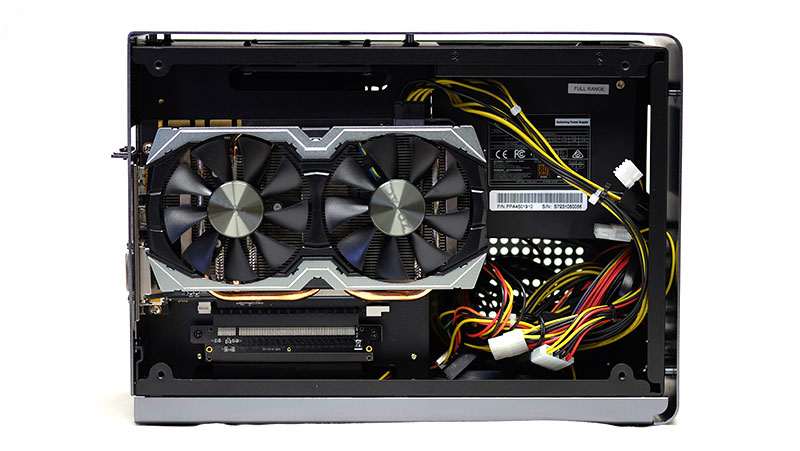 Another thing we like is how stable the Impulse is. A lot of SFF systems tend to stand tall and feature precarious narrow bases, so they feel like they might fall over if you accidentally swing an arm into them. However, the Impulse is short and sturdy, and there’s little danger of that happening.

It also packs more than enough power to handle just about any game today. You won’t even have to worry about turning the settings down as the Zotac GeForce GTX 1070 Mini in our review configuration will chew through most titles with ease. 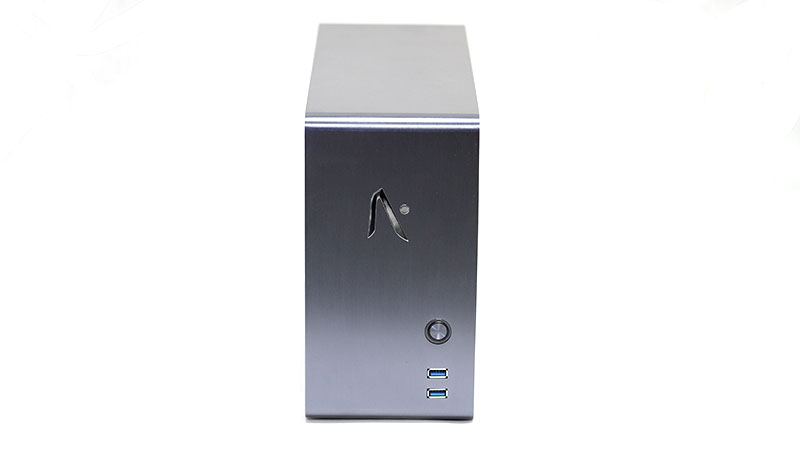 The CPU is a quad-core Intel Core i5-7500 processor (3.4GHz, 6MB L3 cache), which proves itself quite sufficient in games. If you’re not going to be working with heavily threaded applications that could benefit from Hyper-Threading, the Core i5 chip will keep you happy enough.

The Impulse comes equipped with an ASRock H110M-ITX/ac motherboard by default, although there are also options for higher-end B250 and H270 models. That said, the H110 chipset does come with certain compromises – you’re limited to just PCIe 2.0 lanes on the PCH, have fewer high-speed USB ports – but these generally aren’t things that most users are going to notice, especially on a compact system.

The ASRock board also doesn’t support M.2 SSDs, but Aftershock tells us that it’ll be updating the Impulse V2 with Intel’s 8th-generation processors and 300-series boards, the latter of which will take M.2 drives. 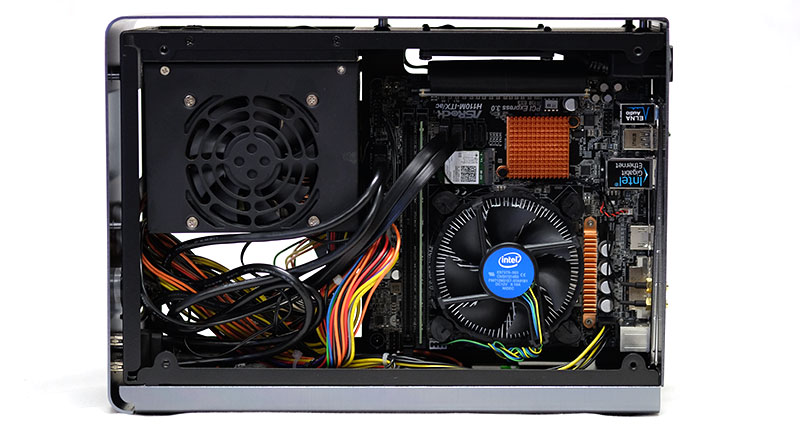 Aftershock gives you the option to save money on the chipset, but the important thing is that the processor still provides the PCIe 3.0 lanes for the GPU, so performance isn’t going to be affected.

You also get two USB 3.1 (Gen 1) Type-A ports and four USB 2.0 ports on the rear, and two more USB 3.1 (Gen 1) ports at the front, so there should be enough connectors to go round. The ASRock motherboard also offers onboard Wi-Fi, so there’s that option should you need it. At S$1,840, the Impulse V2 is the most affordable of the lot we are comparing, but you wouldn’t know that just by looking at the performance it offers.

Our review unit came equipped with a 120GB SSD and 1TB HDD, which is smaller than what we reviewed from other brands, so that accounts for the lower price as well. But overall, it’s hard to argue against the Impulse V2 as providing great value and performance that rivals, or even outstrips, its more expensive competitors.