Honey, I shrunk the desktops! 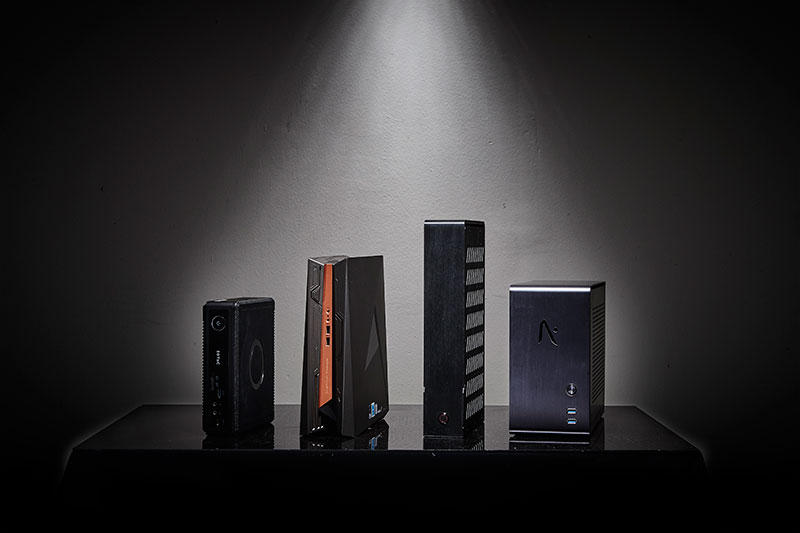 Smaller, slimmer, faster. That’s what everyone is trying to do today, and it’s a push that encompasses everything from consumer laptops to gaming desktops. NVIDIA’s Max-Q technology made it possible to put a GeForce GTX 1080 into a thin and portable design, and there’s been a similar effort to take a shrink ray to things on the desktop front.

Today’s small form factor PCs pack a ton of power into diminutive packages, and they’ll sit quite happily on even the most space-challenged desk. Certain folks may still prefer a hulking full tower PC, but the reality is that you don’t need to sacrifice power for a smaller footprint anymore.

The Zotac Magnus EN1070K is so small that it barely resembles a PC, but it is capable of blowing many a gaming notebook out of the water. Then there are systems like the Aftershock Impulse V2, which can take up to an NVIDIA GeForce GTX 1080 Ti, making it as powerful as any PC that requires three times the space.

However, it can be a little confusing when it comes to deciding which system to get, a task complicated by the fact that there are companies like Aftershock and Dreamcore in play. The latter two let you choose custom components from various hardware manufacturers, and it can be a little tough for the layman to decipher the difference between, say, an H110 and B250 motherboard.

On the other hand, brands like ASUS make things simpler by giving you fewer configurations to choose from.

That said, we’ve put together models from Aftershock, ASUS, Dreamcore, and Zotac to help you decide which machine is best for you.

Even if you do have the luxury of a sprawling desk, you might still appreciate being able to keep your desk looking cleaner and clutter-free with a smaller PC.