What is AMD Advantage?
Event Coverage 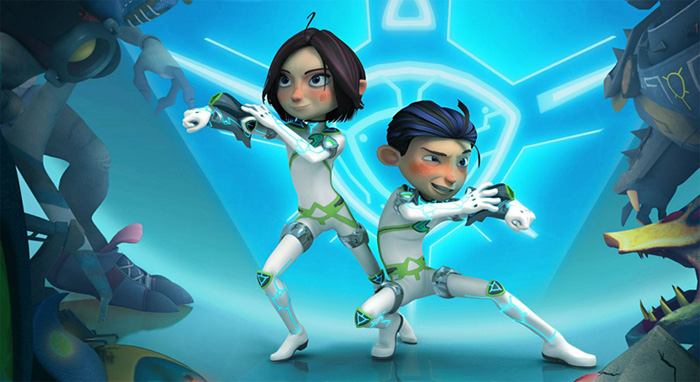 Dream Defenders, a 3D animated series made by Singaporean studio Tiny Island, is going to premiere on Hulu and Hulu Plus this summer. The 26-half hour series originally aired in the US on 3net, the 3D network from Sony, Discovery and IMAX. Dream Defenders tells the story of twins Zane and Zoey, who defend the real world from nightmare monsters from the Dreamworlds.

HardwareZone sat down with David Kwok, founder and CEO of Tiny Island Productions, to talk about how the series came to be, and the challenges behind making a successful animated series.

If I’m not wrong, Dream Defenders is the first locally made animated TV series to be picked up overseas?

I think there are others, I don’t always want to use the word ‘first’, but I will say that for a stereoscopic 3d animated series we are probably the only ones in Singapore. As for the others, I’m not too sure, but I think they were co-productions. But Tiny Island is sorely owned by Singaporeans, it’s not partially owned by somebody else. And Dream Defenders is made here, from design to concept, music, everything – it’s all done here.

But the Americans are more experienced when it comes to script writing. So I have a team of fifteen LA writers, who help us write the script based on our vision. We have a very good partner in Hong Kong, SDI Media, who helps us to do all the voices. But we’re only outsourcing the work to overseas; they’re not investors in the production. 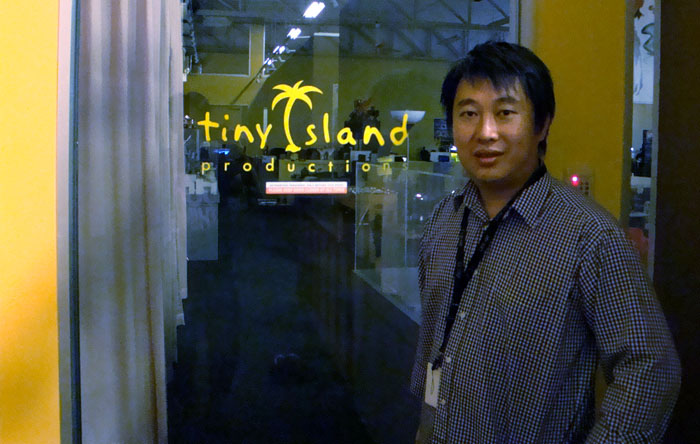 So why do you think Dream Defenders has taken off?

The look and feel of the show is very rich. The story is very unique. It’s like Inception for kids. The whole strategy about this business has evolved and changed tremendously. It’s not that it used to be non-existent, but now it plays a stronger role.

When you create intellectual property (IP), it’s not just about doing a show, finishing it, and hope it’ll be popular on its own. There’s a lot of advertising and branding to do. Your fans are your asset and you need to build your fans. Once you establish the fans, then we can talk about the money.

So creating IP is a long process, it’s almost like a building project. You take five years to build a building and try to market it, and the money will come in the next five to ten years. You have to be persistent and you need to map out a strategy. You cannot just do a TV series for the sake of doing a TV series.

"So creating IP is a long process, it’s almost like a building project. You take five years to build a building and try to market it, and the money will come in the next five to ten years."

There’s a strategy behind what we did for Dream Defenders. Everything designed in the show has a reason. For example, because Dream Defenders is already in stereoscopic 3D, I can make it into an interactive 3D e-book, where you see things flying out of the screen without wearing glasses. You can also do games. That’s just an example, but what I’m saying is that whatever you do in the show, even before you start production, you must already have thought this through.

The other strategy of ours is that we don’t just limit ourselves to TV. That’s why we talk to a lot of technologists. With the help of 3net, Dream Defenders can be downloaded onto the Nintendo 3D, and you can watch it in 3D without glasses. We recently worked with Nanoveu, where you can put a screen protector over a mobile device and transform your gadget into a 3D player. Because that’s one of our strengths and we see glasses-free 3D growing.

What made you want to start your own animation studio?

I worked for the government for five years, but 3D animation was always my passion. At that time I met quite a lot of pioneers who are doing well today; but then they were pursuing dreams that they didn’t even know would happen. When I met them I was very inspired, so I started to learn 3D on my own at home, every night after work. I then started as a visual effects artist, and then I became a technical director and eventually a line producer.

All along, I was never interested in business. There was a company I worked for, which was forced to shut down. I loved the company, but there was nothing I could do to stop it from happening. I realized that if all you know is production, you can’t change things. The business people weren’t going to take me seriously if all I knew about was art.

So my wife – who is a business person – advised me to go into business. And some of the early pioneers from MDA, with whom I became friends with, advised that if I really wanted to change the situation and make things better for the local animation industry, to start a company. So that’s what I did six years ago. I realized we have to stand on our own two feet.

In these six years I’ve been through a lot of stuff. I learned everything from production to storytelling, from the pipeline to business. There were also bad times, when my bank account fell to zero and I didn’t have money to pay the rent. I can only say that the more you have, the more you are afraid of. But if you’ve been through everything, then now it’s just a matter of thinking what could be worse than this. So it was like a wake-up call for me.

"I can only say that the more you have, the more you are afraid of. But if you’ve been through everything, then now it’s just a matter of thinking what could be worse than this. So it was like a wake-up call for me."

We started with a single client who had a project. We were competing with some other companies, but somehow my client believed in us. So with four credit cards, we went to IKEA to buy the furniture, buy the PCs on instalment, rented a thousand square foot office and set up overnight. He and his investors came in and gave us three episodes to do. I told my crew that we only had six months. After that, I didn’t know what was going to happen. And that’s how we started.

After finishing the three episodes, I volunteered to go with my client to Cannes to try and secure distribution. Eventually Shelldon got picked for distribution and aired in the US.

Cannes was eye-opening for me. I still remember this Japanese-American man, most business people wouldn’t be so honest with you but he was. He said that what we were doing was good, but not superb. He told me to go down to the Korean booth and look at what they were doing; every year they are innovating and changing.

When I looked at them I knew that we were lousy and had to improve. I came back and told my crew that I think I know what to do. I asked them if they wanted to do something that they all loved. They said “yes”, and we developed Dream Defenders with everyone’s contribution. That’s how we started.

How do you think Singapore studios can compete on the world stage?

You know, now we have meetings with Dreamworks, with Sony Pictures Entertainment, with Hasbro, with Warner Bros. All these things I never dared to dream about, but now it’s happening because of the tremendous growth in Asia. Also, because what we learned is that we shouldn’t compete based on price, we must compete based on a unique service. If you can create a unique service that other people cannot provide, then people will see you as a partner. If not, then you’re just a commodity. And I think that as a studio we need to craft out our niche.

So what’s the difference between Tiny Island and the rest of the Asian studios? There are two things we embarked on. One is IP development and monetization. That’s the reason why I have clients who come to us for a one-stop solution. We will develop the IP, the show bible, the characters, the business strategy, monetization, production, distribution to finish.

"Asia companies are always seen as sweatshops. We have to transform ourselves and that’s how we position ourselves."

That’s number one. Number two is always to move ahead. We always move five years ahead, and we partner with technologists. Now we can create what we call ‘future-proof’ content. When you create content it’s typically for the TV. The second market that’s evolving is the second screen, like Netflix, Amazon, and Hulu on mobile devices. We are now looking beyond at the third screen, which are all these new portable 3D devices. And even newer technologies. We already have the ability to do auto-stereoscopic content with 8 cameras.