Note: This article was first published on 9 January 2020. 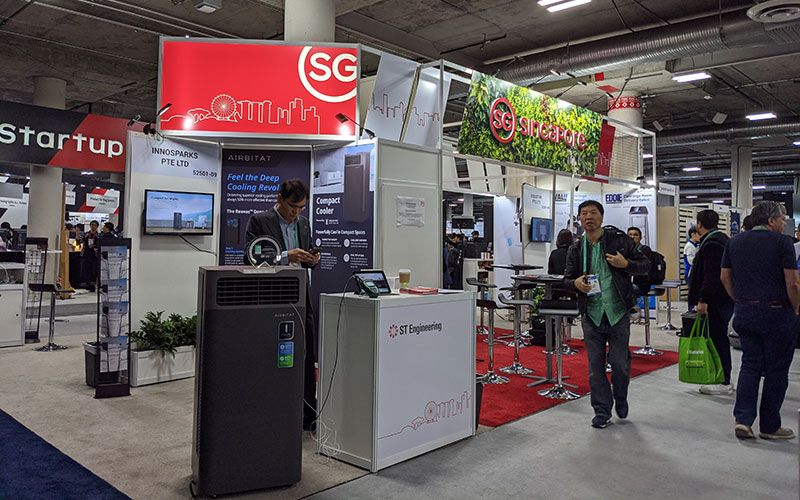 Eureka Park isn't located on the main CES show floor at the Las Vegas Convention Center, but that doesn't mean that there's nothing to see there. The arena is buzzing with startups, many of them working on ambitious ideas and novel tech often focused on solving a specific problem.

Here's a look at five Singapore startups that were at the Singapore Pavilion, where they got to showcase their ideas to industry attendees and media from around the world.

1. A blockchain smartphone that you can build 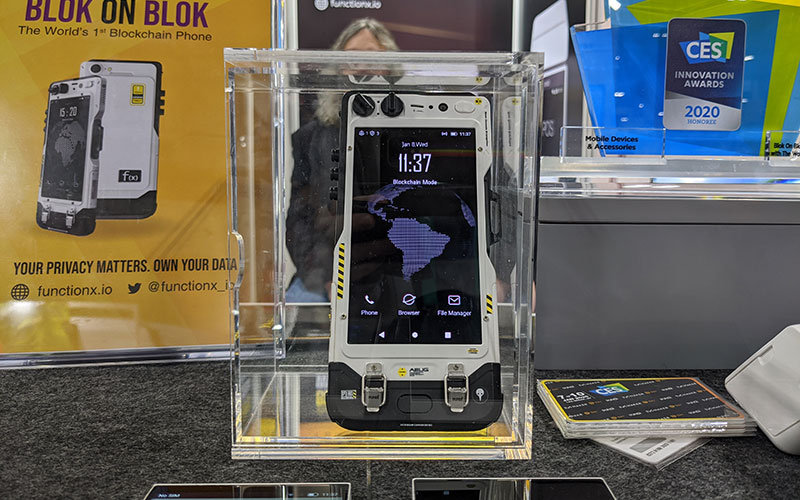 Pundi X is a blockchain company that focuses on data privacy and empowering more secure transactions and connections through blockchain technology. Their latest product is the Blok-On-Blok, or BOB, a modular smartphone that's fully powered by the blockchain.

The company is billing this as the world's first true blockchain phone (move over, HTC Exodus), but get this, BOB is shipped out to you in pieces, and you get to assemble it yourself. The specs aren't much to get excited about, with just a 4.97-inch AMOLED display, a Snapdragon 660 chip, 6GB of RAM, and a 48MP main camera, but that's not really the point of it.

BOB is built entirely on Function X OS, or f(x) in short, Pundi X's own blockchain ecosystem. This means that every text, call, or file shared is completely decentralised and you retain ownership of your data. This is the case regardless of whether you're doing it through a browser or an app.

But if you want a more traditional experience, BOB also runs a custom version of Android 9.0 in parallel, and switching between the two modes is as simple as swiping across the homescreen.

Each BOB functions as a node in the blockchain, and any action that takes place within f(x) doesn't require a centralised service provider or carrier. Naturally, this means that the system gets better as more BOBs are deployed around the globe.

I also need to talk about the design, mostly because of how unlike any other phone it is. BOB is inspired by 80s and 90s sci-fi films, and the design oozes retro-futurism in spades. It's definitely not going to be everyone's cup of tea, but just look at those knobs – which don't do anything by the way – and warning stripes! It sort of looks like someone shoved a regular phone into a case, but that's the actual body of the phone.

The phone ships with a MOD assembly kit, which includes motherboards, displays, camera components, speakers, buttons, and more. On top of that, you can change the look of the phone by 3D printing different parts. Neat! The Function X Foundation is also inviting designers to submit their own take on BOB, which could then be integrated into official MOD packages. Pundi X thinks there could be around five to 10 MOD designs for BOB at the end, so users can pick whichever look they like best.

BOB is available for pre-order on Indiegogo now at an early bird price of S$749. It's expected to ship to customers in April.

uHoo is a compact indoor air sensor that can detect and monitor a surprising number of air quality parameters. It tracks nine in total:

There's a dedicated sensor for each one of these parameters, and it's almost shocking how detailed and intuitive to operate it is. You simply plug it into a power outlet, sync it with the uHoo mobile app, and then you're good to go. The app itself provides an easy, at-a-glance breakdown of each parameter, and each figure is also helpfully colour-coded so you know whether you're in the optimal range or need to take some sort of action. Predictably, green stands for excellent, orange for fair, and red for poor.

At the show floor at Eureka Park, the carbon dioxide numbers popped up in glaring red, probably due to how many people were traipsing around. The figures are also updated every minute, so you get up-to-date information at all times. You can add multiple devices to the app as well, which allows you to monitor air quality in different locations at the same time.

uHoo sounds like it'll come in handy if you've got family members with allergies, asthma, or other respiratory issues. It won't filter the air for you, but it'll tell you which pollutants are affecting air quality so you can take action. And even if everyone is perfectly healthy, there are so many parameters that it's still really cool to look at. After all, it can't hurt to know how clean the air you breathe every day is.