If you’ve been on the lookout to purchase a new gaming notebook, now would be the perfect time. When NVIDIA launched their new mobile GPUs yesterday, it wasn’t just a paper launch. New refreshed notebooks from various OEMs and ODMs are ready to ship or are already available for purchase at retail.

As we found out from our detailed dissection of the GeForce GTX 900M GPUs as well as our performance preview from a notebook equipped with a GeForce GTX 970M, the performance is looking really good and it’s the biggest leap we’ve seen from a new generation mobile GPU.

At a recent NVIDIA media event, we got up close with a variety of these new gaming notebooks that would be launched this week. We highlight a few that would likely interest you.

First off, MSI's desktop replacement gaming notebook - the GT72 - is now updated to support either the GeForce GTX 980M or the GTX 970M GPUs. According to MSI product managers we spoke to, they hope to make the GPU swappable via an MXM upgrade package. Does this mean the GT72 monster is capable of more powerful GPUs? Only time will tell as they can't reveal too much details at this point of time. 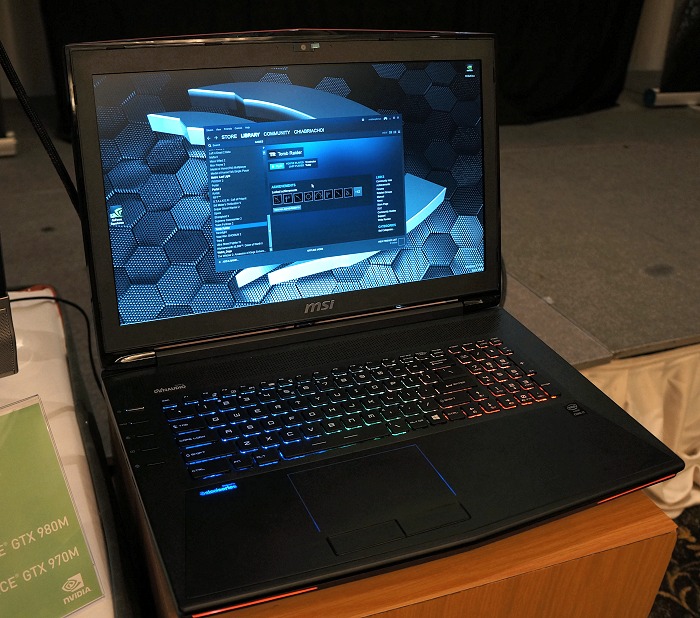 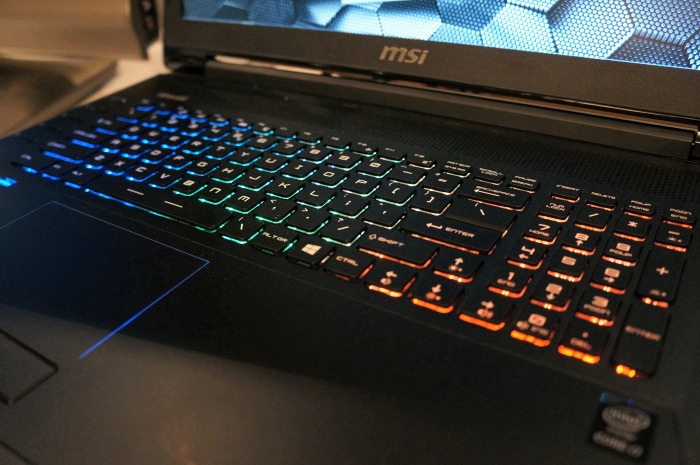 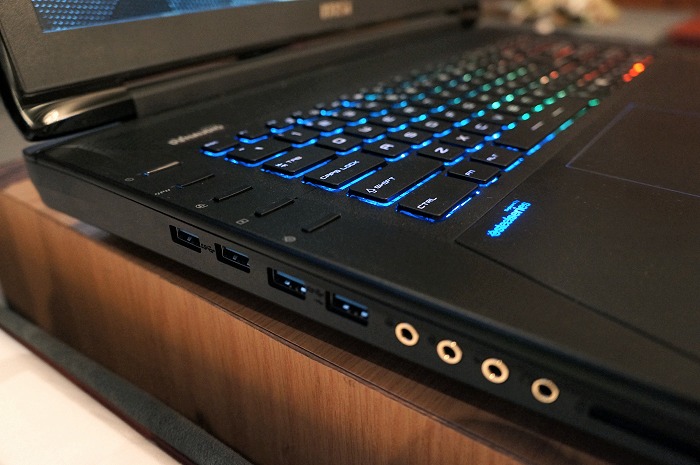 In need of a powerful slim gaming machine? MSI has you covered with the updated GS70 model. Naturally, something has got to give, so you'll have to settle for a GeForce GTX 970M as the highest GPU spec on this notebook. MSI also has a GS60 version (a 15.6-inch unit) of the same notebook which also sports the GTX 970M GPU. 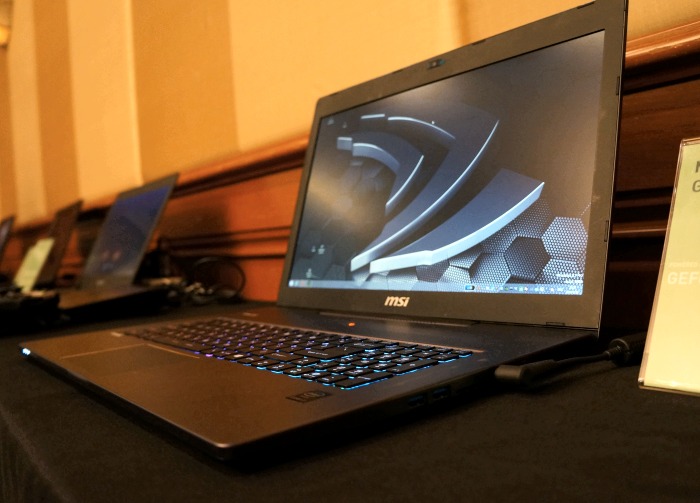 Where there's gaming, you'll find ASUS one way or another as the company not only has finished products that meet your requirements, but even components and peripherals. The new G751 is a fairly large and bold machine that's dressed in black with red ascents. Fortunately for it, like its competitors, it has toned down in its bulk a little compared to its predecessors and offers either a GeForce GTX 970M or a GTX 980M GPU. 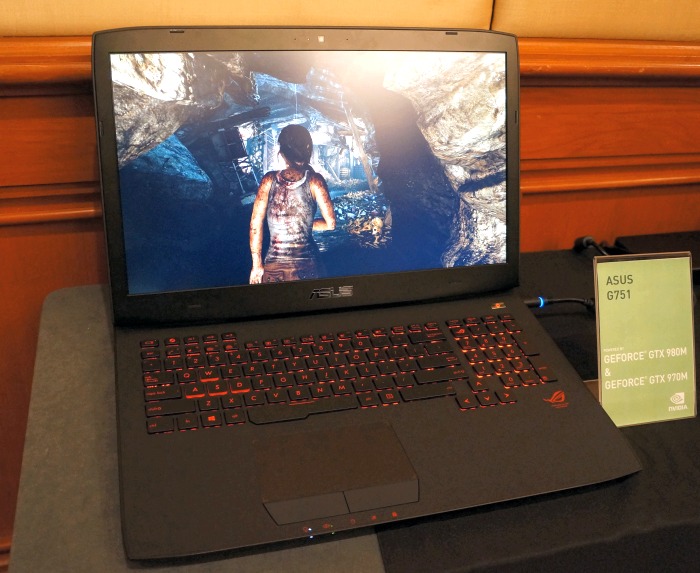 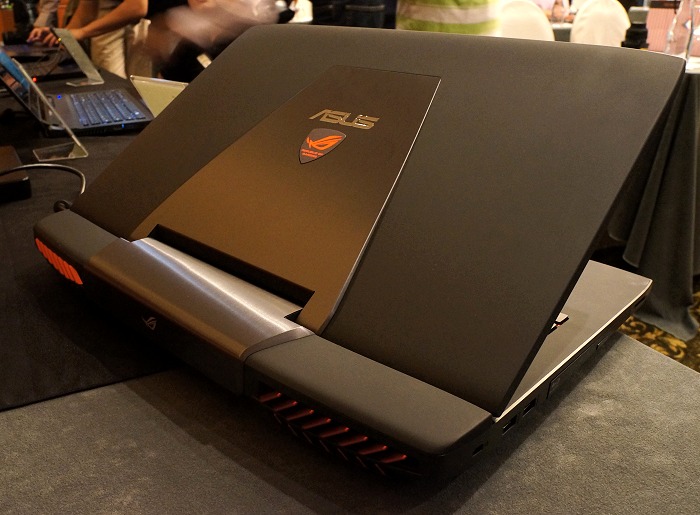 Even Clevo is on the ball releasing a revised model of their current notebook chassis that's approved for the new GeForce GTX 900M GPUs. The OEM and ODM maker that's behind boutique branded systems like Aftershock and Sager, along with its own branded systems showed off their sleek P650 model to the media. 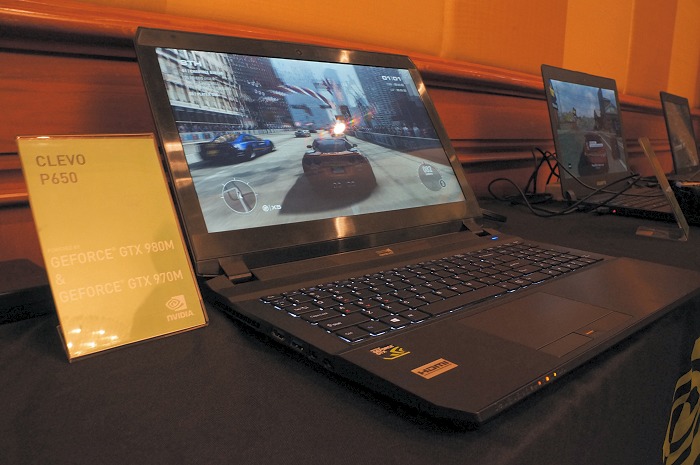 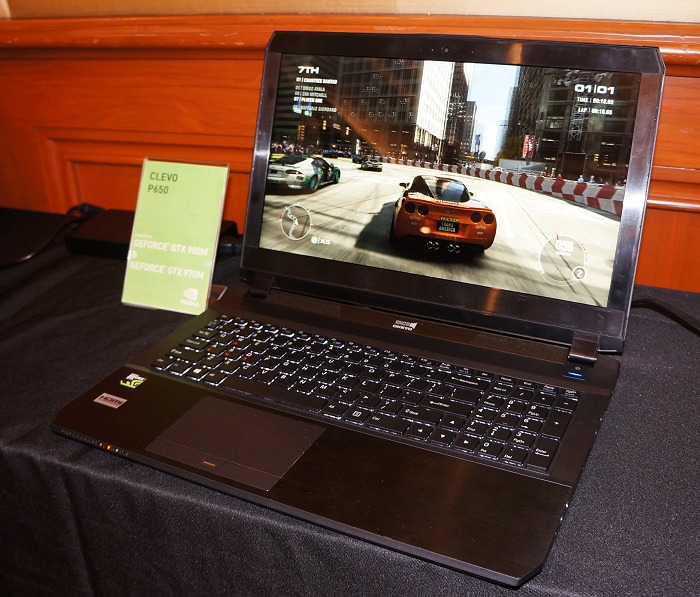 We’ll soon bring you a closer look at this notebook via Aftershock’s S15 that’s based off the Clevo P650.

Last but not least, Gigabyte just announced an update to their highly acclaimed gaming notebook – the Aorus X7 Pro. Succeeding the original Aorus X7 and the Aorus X7 v2, the new Pro edition maintains the exact same build, weight and features like triple mSATA drives in RAID with a HDD, a 17.3-inch Full HD display and more. It comes with a faster Intel Core i7-4870HQ processor, but of course what’s really new and commendable is that the Aorus X7 Pro now boasts dual GeForce GTX 970M GPUs in SLI with 6GB of graphics memory in total. Contrast this to the original X7 model which featured dual GTX 765M GPUs and the X7 v2 that used dual GTX 860M GPUs - the X7 Pro is a monster gaming machine. 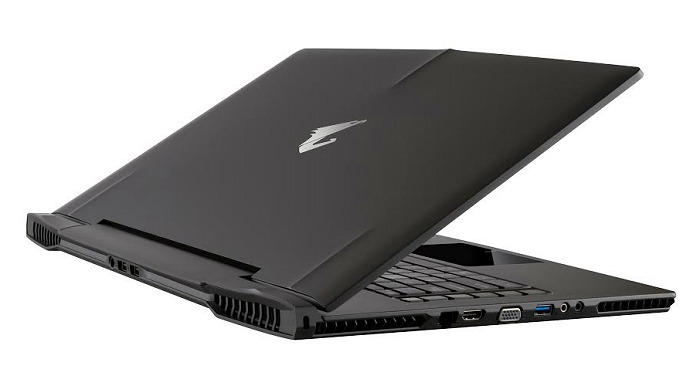 Gigabyte will have the Aorus X7 Pro out in the market by mid-October and has a recommended suggested retail price of US$2,599 for a configuration of this notebook equipped with 16GB DDR3L-1866MHz, dual 256GB mSATA drives and a 1TB HDD.