Should you get an NVIDIA Max-Q notebook?

We put both laptops through a mix of synthetic benchmarks and actual games to get an idea of their performance.

Next, here’s a rundown of the specifications of the Aftershock notebooks used. The main difference between both notebooks is the GPU, so the performance differences can be generalized to apply to other notebooks with similar configurations.

The Max-Q version of the PRIME-15, which comes equipped with an NVIDIA GeForce GTX 1070, was overall nearly 8 per cent quicker than the non-Max-Q model. The two traded blows in various workloads, but the bulk of the Max-Q laptop’s lead was unsurprisingly due to it’s stronger gaming performance, where it was over 21 per cent faster.

That said, we should point out that the Max-Q laptop comes equipped with a faster Samsung 960 EVO 250GB PCIe SSD, compared to the Samsung 850 EVO SATA drive on the GeForce GTX 1060 model. The faster drive does help with performance in PCMark 10, so that contributed to driving the scores up slightly. 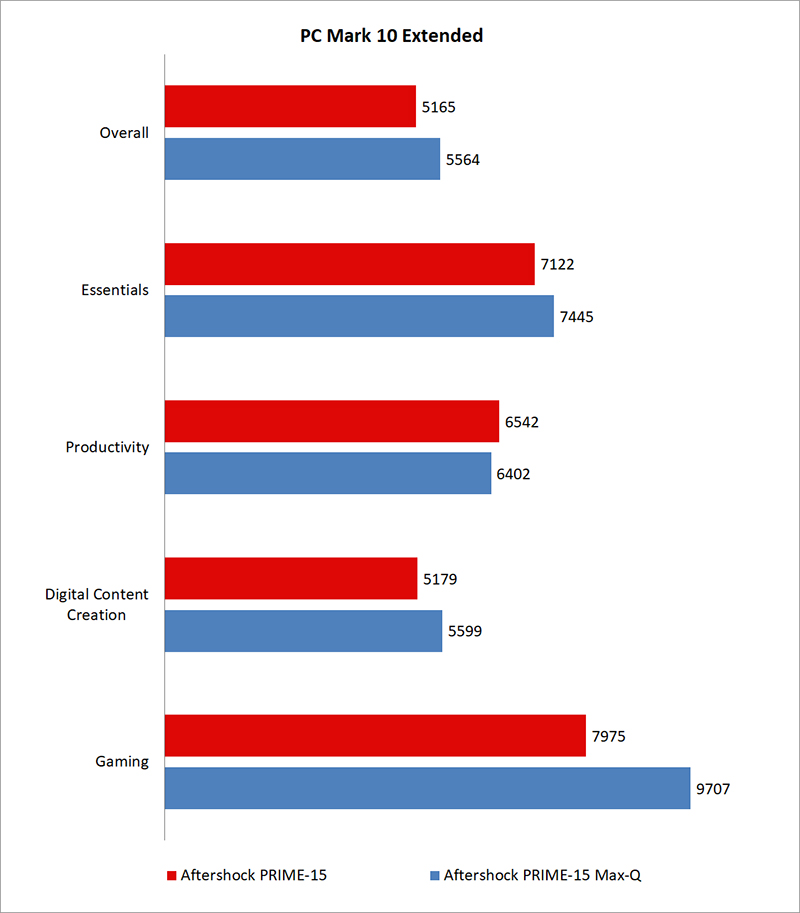 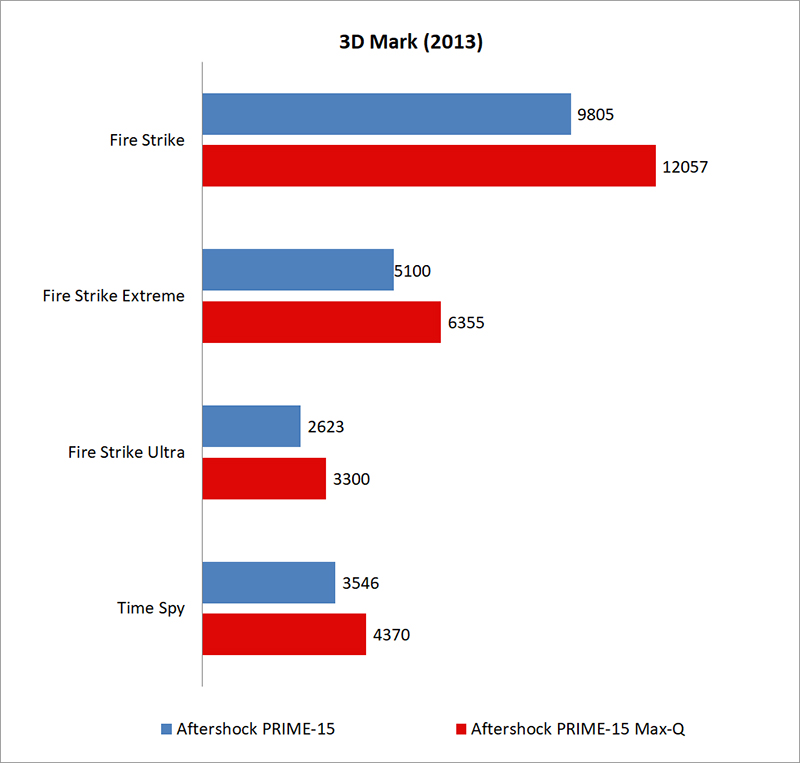 The performance penalty is unmistakeable here, but it’s also important to remember that the Alienware 15 is 25.4mm thick, while the PRIME-15 measures just 18.6mm thin and weighs 1.9kg as opposed to the Alienware’s 3.49kg. So while there is a big difference in performance, there's also an equally large difference in form and weight and it really depends which aspect you prioritize more. 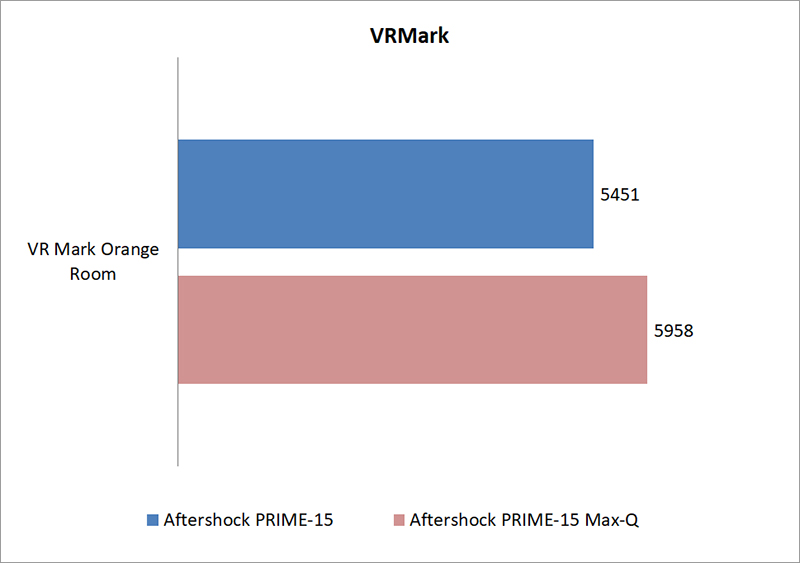 In Shadow of Mordor, the PRIME-15 Max-Q was between 16 and 18 per cent faster than its GeForce GTX 1060 counterpart. The GeForce GTX 1070 on the Alienware 15 was in turn around 10 per cent quicker than the Max-Q version, so the Max-Q model still lags perceptibly behind the non-Max-Q GPU with none of the efficiency optimizations. Performance dipped perceptibly when switching to DirectX 12, so you’ll probably not want to run either notebook in that mode either way.

In The Division, the PRIME-15 Max-Q was 22 per cent faster than the GeForce GTX 1060 model at 1080p and Ultra settings (DirectX 11). In turn, the GeForce GTX 1070 on the Alienware machine without Max-Q turned out 74.67FPS at the same settings, which is around 16 per cent quicker than its Max-Q sibling that managed 63.5FPS.

The performance gap is there alright, but it’s also important to note that the Max-Q model puts out a very playable frame rate in its own right. 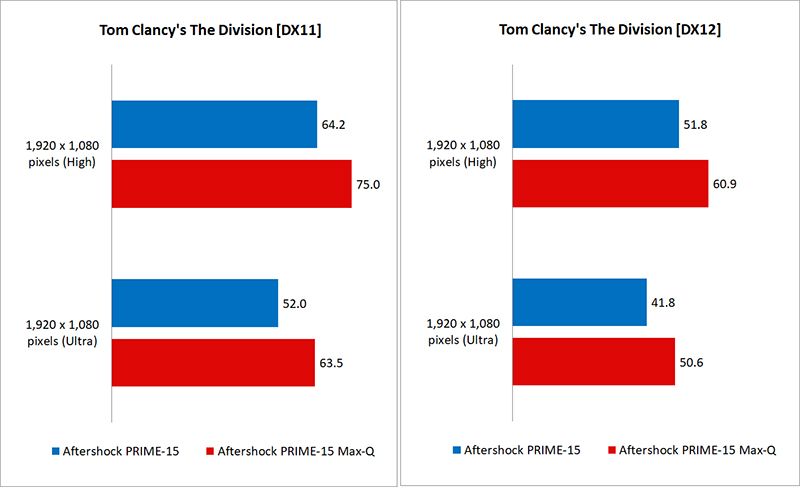