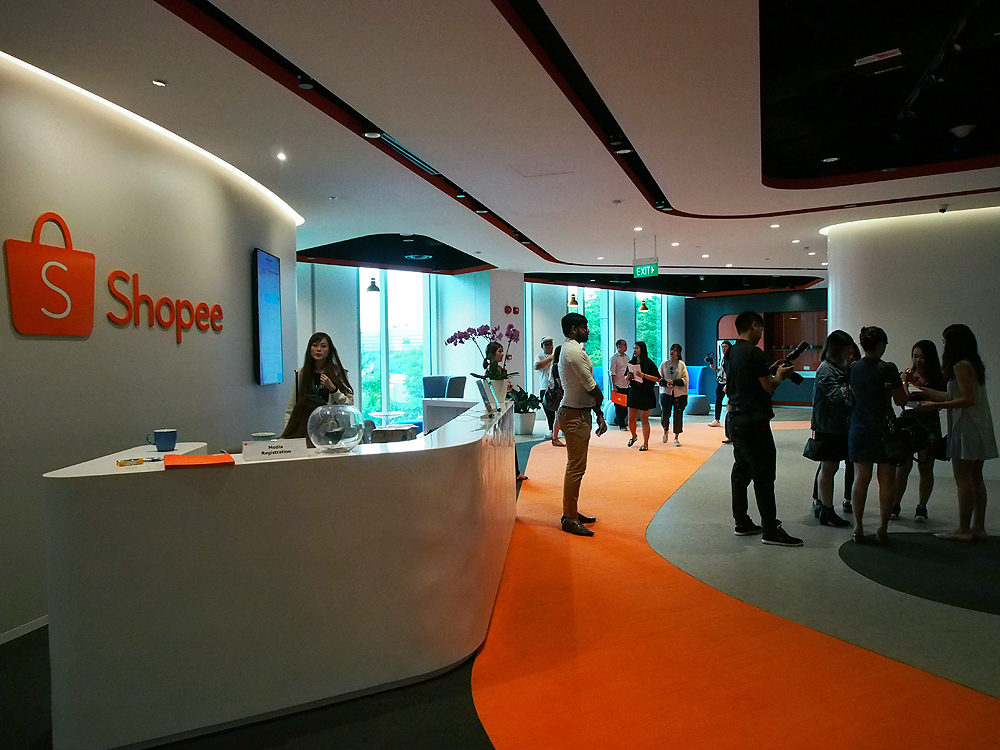 Shopee’s got a brand new pad

Shortly after Sea acquired a cool US$550 million in funding, its e-commerce platform, Shopee, moved to their new abode in Science Park Drive. It’s just a stone’s throw away from Kent Ridge MRT station. Being the busybody Singaporeans we are, we decided to check out their new office today. The new bureau in Singapore has a floor space of 3,500m2, and it currently houses more than 200 employees from local and regional teams. According to Shopee, the entire space can accommodate up to 400 employees. 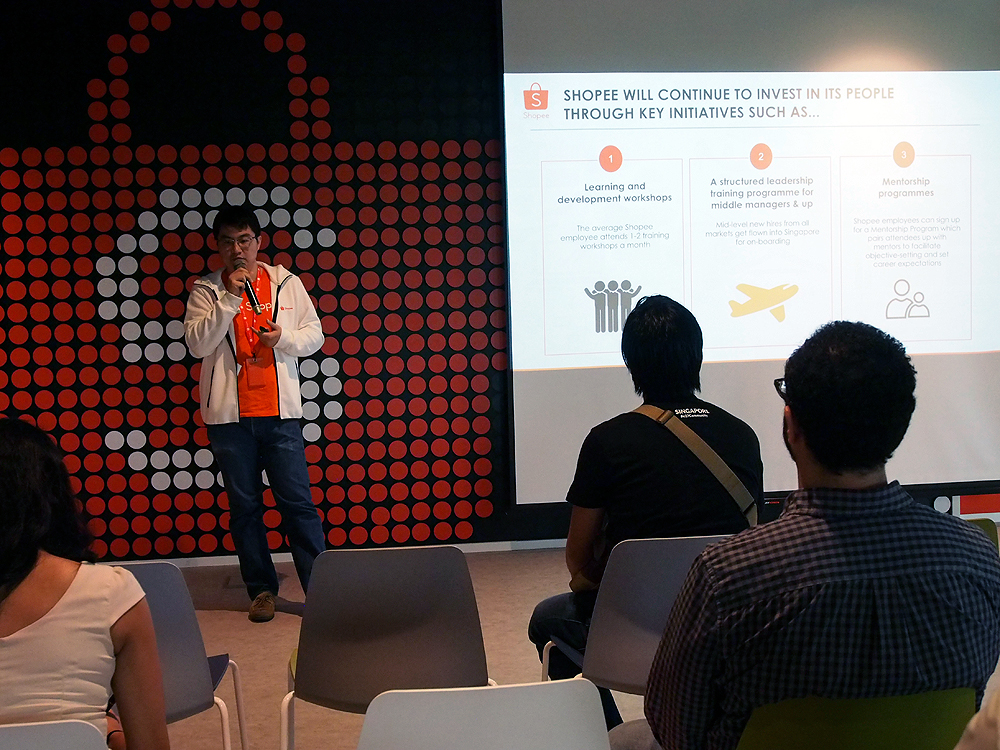 If you've been following our print magazine, HWM Singapore, you’d have seen some of the cooler stuff Shopee used to have in their previous Fusionopolis headquarters. We’d glad to say that the e-commerce firm retained most of their cooler facilities, such as their in-house masseuse. Each employee gets two sessions a month, on-the-house (that’s a very busy masseuse). With its vibrant orange and white décor, Shopee retains the collaborative atmosphere by making its employees work in an open-concept space, regardless of seniority or department. To foster cooperation, it has numerous co-working spaces tucked away in every corner of the floor, peppered with standing desks, sleeping pods, and community areas that are open for all employees to get work done. Its 21 meeting rooms represent its presence across seven markets in Southeast Asia. Bigger meeting rooms are named after major SEA cities, while the smaller ones take after iconic Singaporean landmarks. These rooms and the larger working area are all supported by energy-efficient LED lights and air-conditioning. 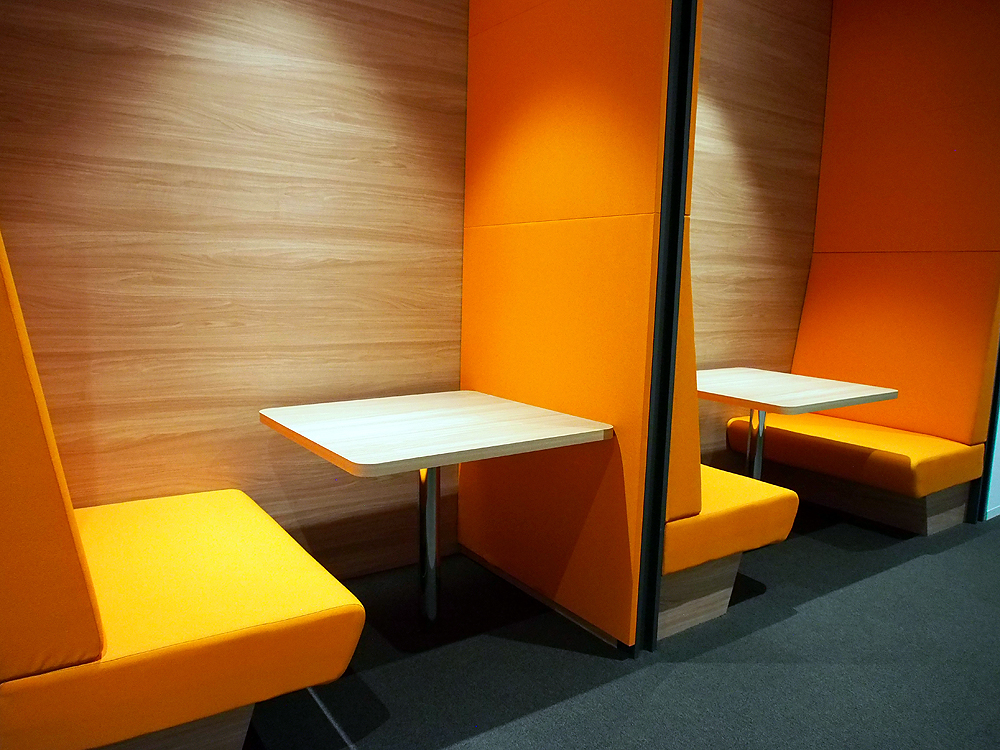 Right in the middle of the bullpen sits a small pantry, but employees can choose to filter out to a larger, better stocked cafeteria with an entertainment corner tucked away to its rear. If you’re not getting Shopee’s catered dinner service or its Monday morning staff breakfast, you could jump into a game of pool, foosball, or air hockey. September is going to be a busy month for Shopee as they go beyond housewarming pleasantries. From 31st August, Shopee will be counting down to their 9.9 Mobile Shopping Day happening on 9th September 2017.

The e-commerce site will feature themed sales from various categories (Home & Living, Fashion, Mobile, etc.).  To entice e-shoppers old and new to their platform, they will host daily giveaways in their shopping app (iOS, Android). Prizes are worth more than S$10,000 in total, and included are the likes of Nintendo Switch bundles, Dyson hair dryers, and Samsung TV sets. On 9th September itself, the site will host “unbeatable prices for all your favorite products” (their words) for 24 hours. For the modern male who like surprises (like the ones that populate our editorial team), there will also be a loot box called Sean’s Picks: Guy On The Go up for grabs. They will be available at the stroke of midnight when 9.9 Mobile Shopping Day sales begin, and it'll be stuffed with S$150's worth of goodies like headphones, camera drones, and other men’s products. It retails at S$59.90 (pictured, available in limited quantities). There are also two other variants of loot boxes targeted at the better gender - Sophie's Picks: Glam Palette and Sophie's Picks: Spa Essentials.

If you’re still reading, go right ahead and pick up our S$7 promo code for new Shopee users: SHOPEE99xDAC. There’s a minimum spend of S$15 for the promo code to work.