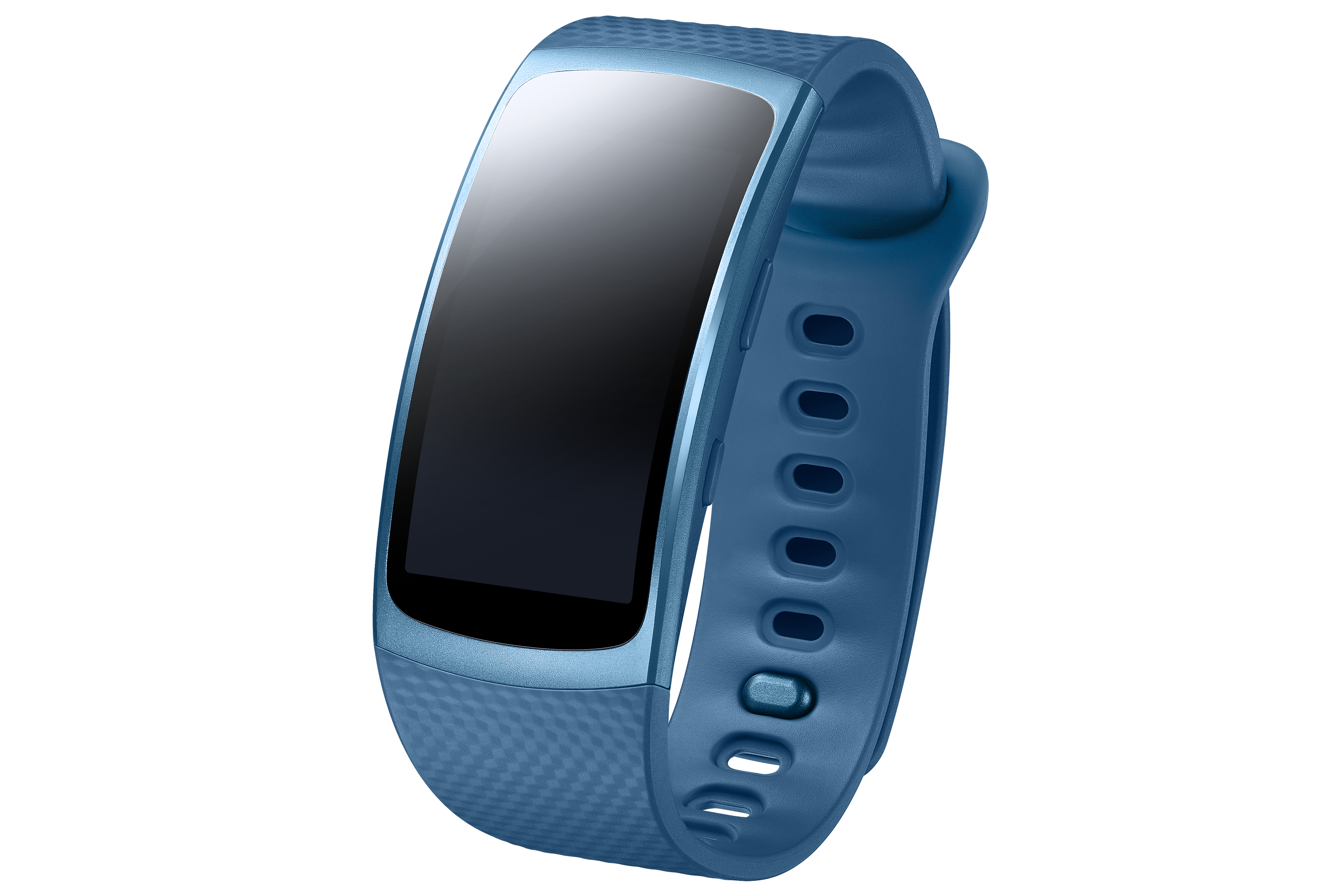 Out of all the band-type fitness trackers we've seen here, the Samsung Gear Fit2 has the bulkiest appearance, even when it's next to the Fitbit Charge 2 that is five grams lighter. Most of the bulk comes from the 1.5-inch, 216 x 432 pixels resolution AMOLED display and the parts that lie underneath, including its optical HRM and processor. The rest of the band is made up of elastomer removable straps. Together, they give the Fit2 its wacky yet durable appearance. 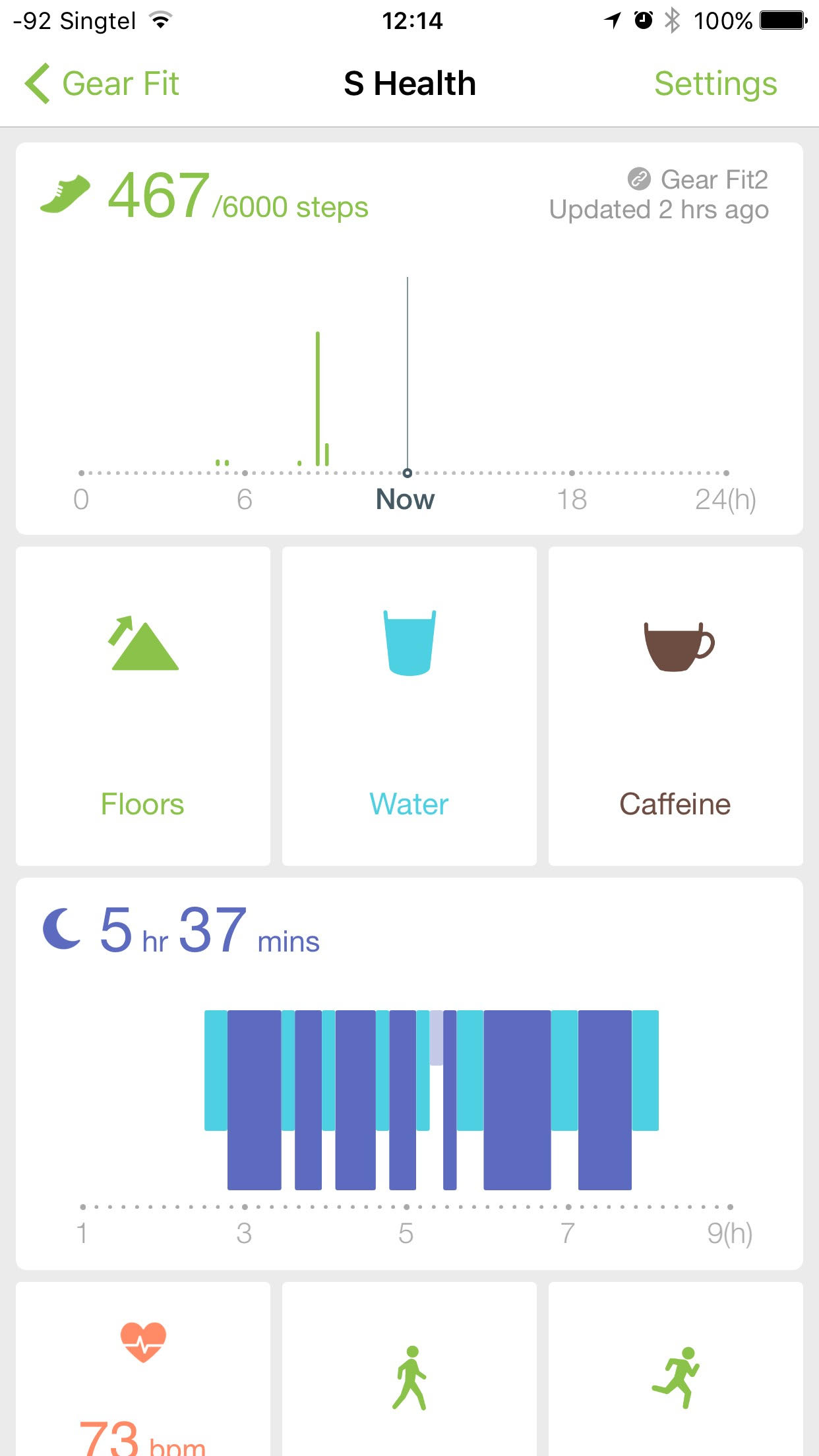 Having a nice and bright Gorilla Glass 3 display that's readable even under sunlight is only half of the formula to this decent tracker. The Gear Fit2 interface really pushes the usability of its display with a good UI. Not only can you raise your arm to wake it, the touchscreen is very responsive and intuitive, coupled with menus that flowed from app to app very well. There was no confusion on metrics-reading, and moving between different readings.

Up until 8th January 2017, the Samsung Gear Fit2 was only compatible with Android OS devices. iOS support for the Gear Fit2 was late to the game, and it served as a huge consideration factor for wearable users to grab it since it would exclude a major phone platform. The inclusion of the Samsung Gear Fit app on the Apple App Store put the Gear Fit2 on an equal playing field against the other trackers in this shootout. 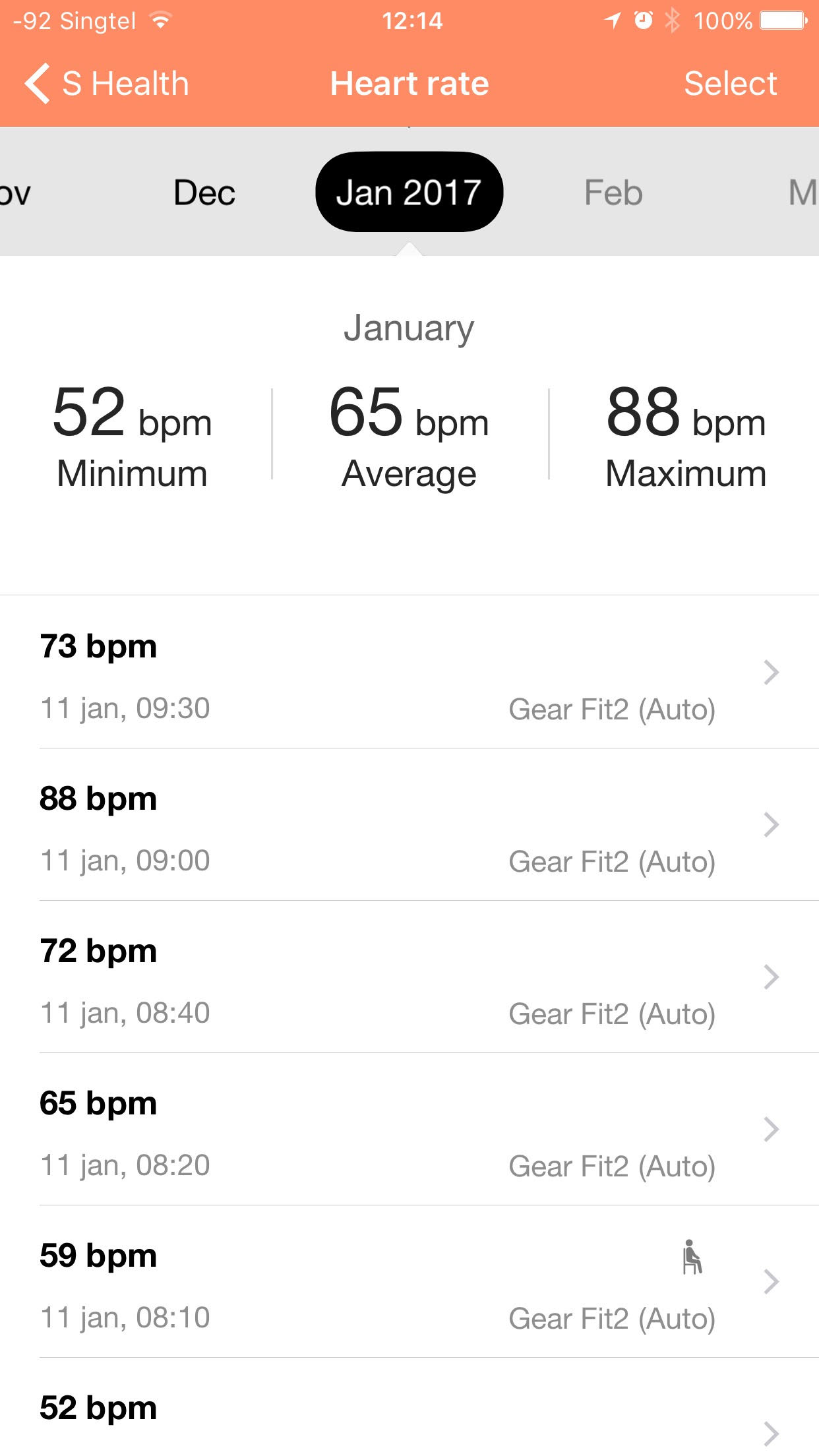 The iOS interface is neat and clean, with each metric easily expanded upon by tapping each category. We had to reset the band when un-pairing the wearable from the Samsung Galaxy S7 Edge and the older data didn’t make it to our iOS trials. Both Samsung and iOS interfaces are similar in appearance and functionality. Our only concern was the lack of any fitness tips for either platform. Given how you’re required to have a Samsung account to access anything on the app, we were hoping for a little more guidance via the app.

The biggest upgrade in the Gear Fit2 is the inclusion of a barometer, which the previous Gear Fit did not have. The band not only tracks steps, heart rate, and sleep – it now tracks the flights of steps climbed, and that’s reflected in your data. Tracking-wise, the device was accurate enough for day-to-day use, and it’s capable of recording distances accurately. The optical heart rate monitor gave relatively accurate readings which came within 5BPM (beats per minute) of my average heart rate during rest. 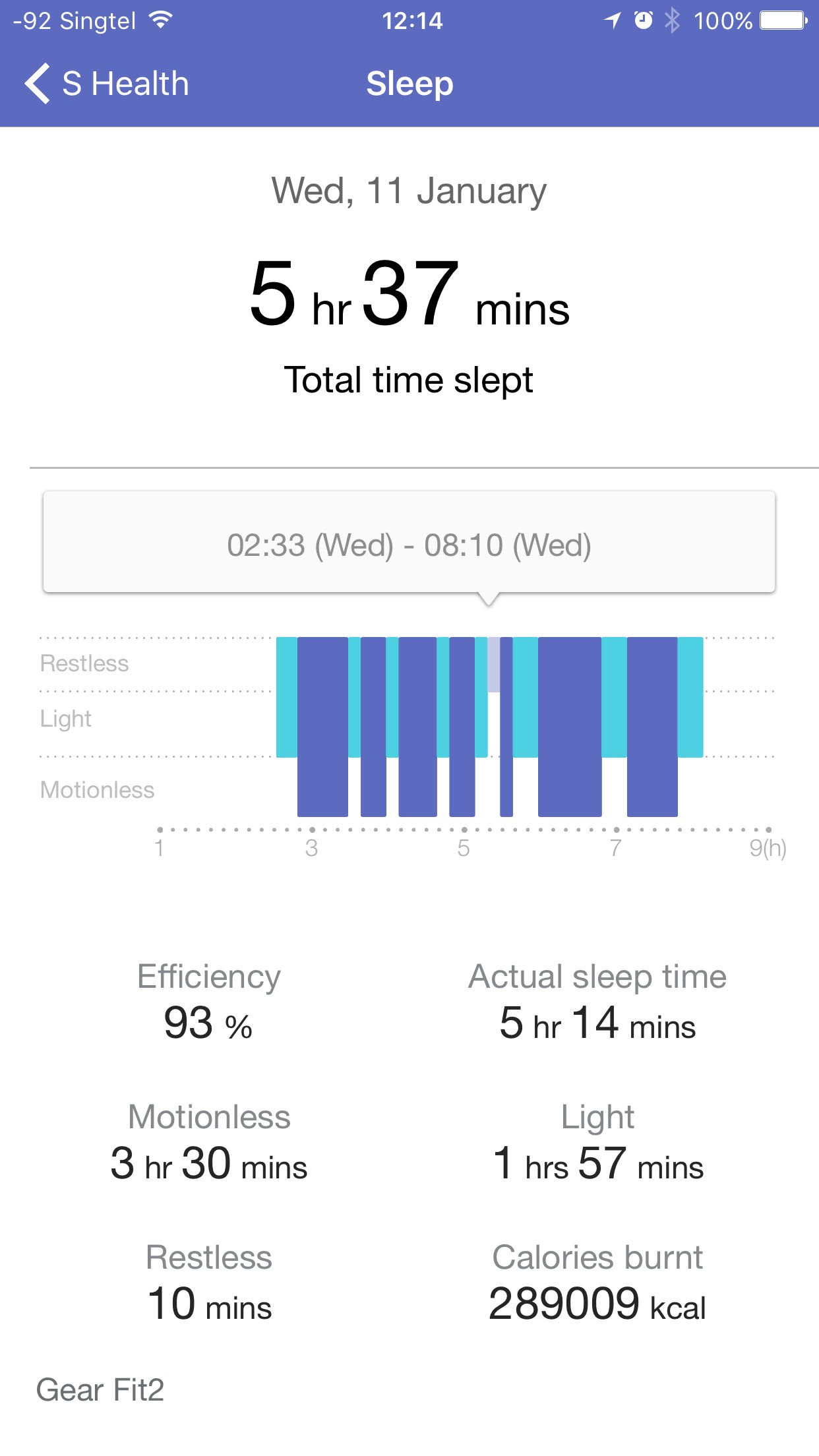 A big caveat about the Samsung Gear Fit2 is that it's a really 'jealous' device - it won't let us reconnect to previously connected phones, which was a problem when we had to regularly reconnect various trackers during benchmarking. This happened on both iPhone 6s Plus, and Samsung Galaxy S7 Edge. The only known workaround we found was a soft reset for the tracker, which meant losing precious metrics we've accumulated before uploading to our smartphones. The unreliability of its connection also posed problems during day-to-day use - if you wanted to use a Bluetooth headset, it would mean disconnecting the Gear Fit2 from its menu (since the phone's Bluetooth remains switched on), and that in turn would render your tracker incapable of connecting until a soft reset is done.