While wearables are normally not definitive in terms of tracking accuracy, it is still important for them to be reliable up to a certain margin of error. The benchmarks we've put them through their paces seek to give an idea on how the wearables fare in day-to-day use, and they are not to be substituted with medical-grade equipment or procedures.

We've also included results for the Jawbone UP3 that were from an earlier review as it fits the fitness band line-up in this shootout and can act as another point of reference.

We determine if a tracker is relatively more accurate than the rest by comparing its results against a control factor (iPhone 6s Plus in-built Health app), over multiple days. The percentage represents how accurate the tracker is; a higher accuracy rate would be closer to the 100% mark. From graph below, we can see that the Fitbit Charge 2 is the most accurate, at just 0.1% off from being on a par with the iPhone's steps tracking result. 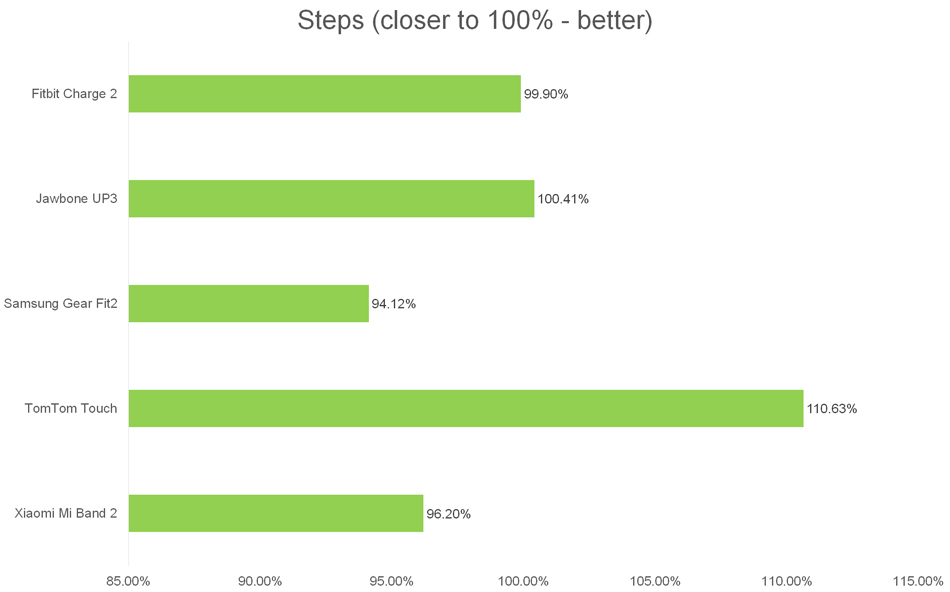 Like the Steps Tracking benchmark, we determine if a tracker is relatively more accurate than the rest by comparing its tracked value against a known fixed distance - in this case, we've used a known jogging route in a neighborhood estate that comes up to 1.47km. The percentage represents how accurate the tracker is for distance tracking; a higher accuracy rate would be closer to the 100% mark. Once again, the Fitbit Charge 2 meets the mark with the least dicrepancy. 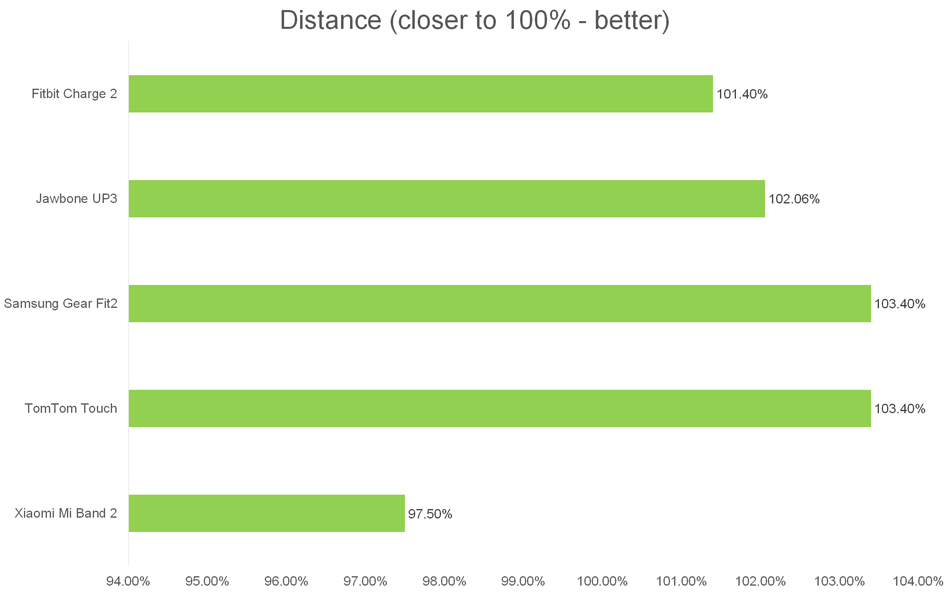 The Heart Rate Monitoring benchmark is unique to wearables with a Heart Rate Monitoring function; that means it applies to all the devices we've tested in this shootout. We determine if a tracker is relatively more accurate than the rest by comparing its monitored value against the readings provided by a blood pressure monitor (readily available from online stores or from a pharmaceutical store). The percentage represents how accurate the tracker is; a higher accuracy rate would be closer to the 100% mark, while lower accuracy would be further from 100% mark. Heart rate monitoring is a tricky thing to track reliably, but the Samsung Gear Fit2 comes closest with the least margin of error. The next best is Fitbit Charge 2, but the delta is notably higher than Samsung's.

Just for reference, in this benchmark, the average resting heart rate of the reviewer was pegged at 84 BPM (beats per minute). 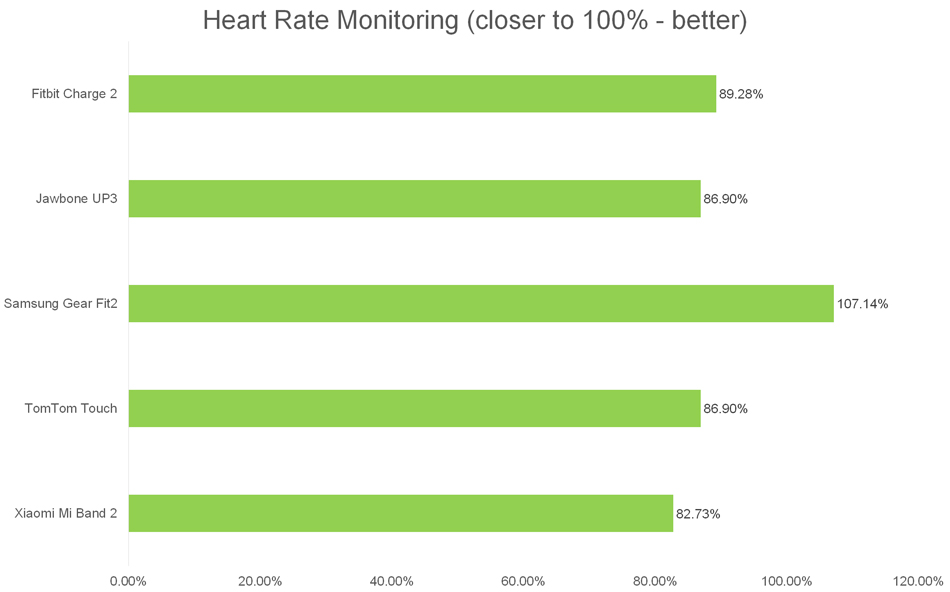 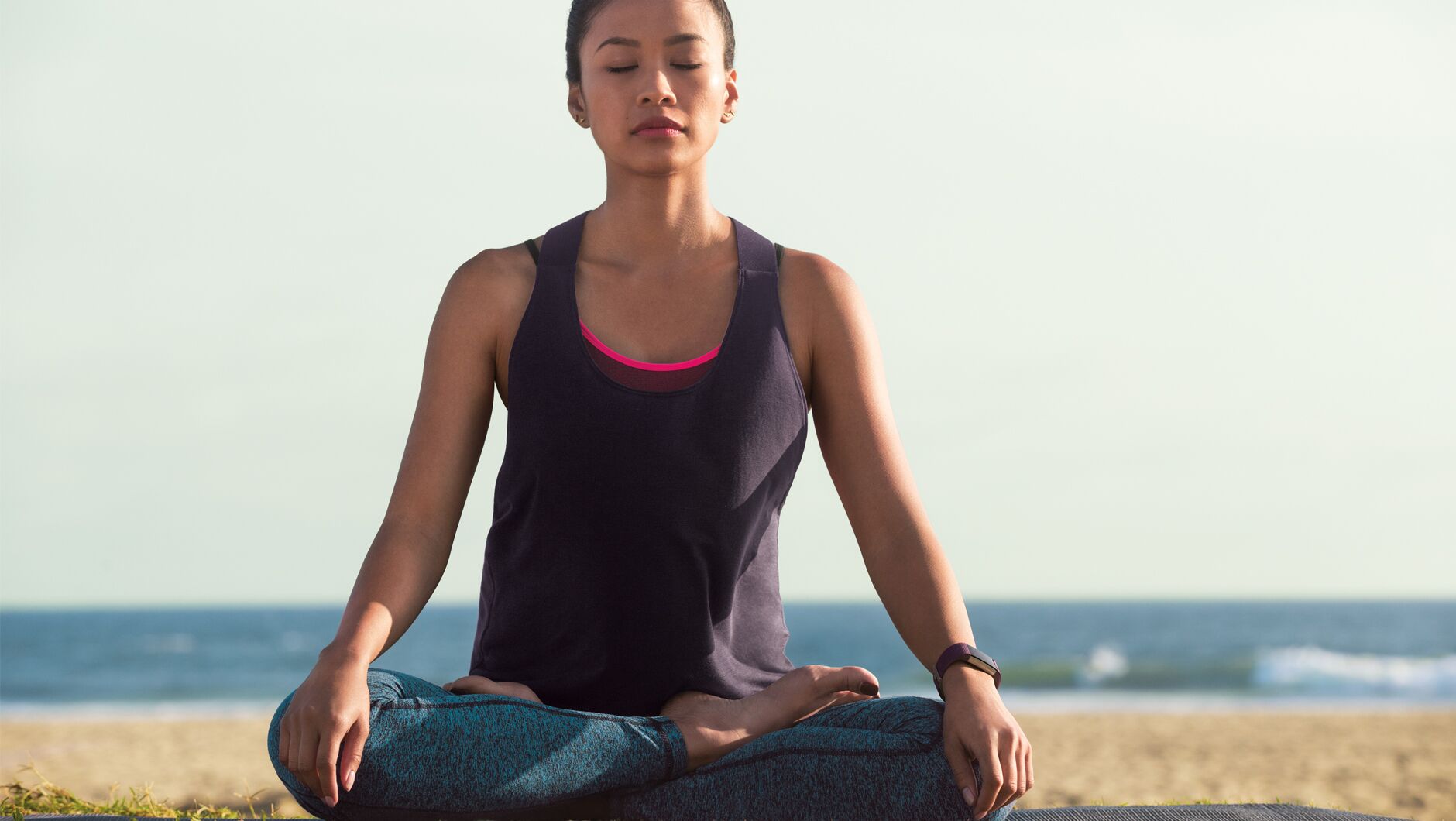 Having used all the four trackers, the Fitbit Charge 2 pulls ahead with a clean execution in features, usage experience and accuracy.

The Samsung Gear Fit2 was its closest rival, but it had repeated pairing issues across different smartphone OSes despite its beautiful display, accurate tracking, and intuitive controls; this could pose an issue for those who use more than one phone concurrently and we know there's a large group of such people.

The Xiaomi Mi Band 2 had it all down, but it doesn’t measure up because of its less accurate heart rate monitoring, while the Xiaomi app is a handful of tweaks from being nearly as friendly as the Fitbit's.

The TomTom Touch was simple to understand, but the un-intuitive metallic sensor was unfriendly for workouts, its key fat measurement feature wasn't accurate enough to rely upon, and its accompanying app felt complicated to gather information from.

But does a lack of issues make the Fitbit Charge 2 the best band-type tracker there is? Not necessarily, because every individual has different fitness needs. A person who would be interested in weight-watching will get more out of a TomTom Touch than the Charge 2, and sedentary folks (like most of our editorial team) wouldn't mind a Mi Band 2 given how it's affordable, simple, and not intrusive. Some users might actually prefer the lean UI that comes with the Samsung Gear Fit2 app, instead of the overly-helpful Fitbit app. The list goes on. Preferences aside, the Fitbit Charge 2 does pack in a sensible price tag, an appealing design, along with decent user-friendliness and tracking accuracy, allowing it to be ahead of the rest in our books.