As 2016 wrapped up and the Chinese New Year season commenced earlier this year, these festive seasons raised more awareness of fitness wearable products than ever before as we monitored a spike in related search terms on our site and the readership of our fitness band reviews. Having said that, it's been a while since we last compared a variety of these devices and it's time we look at which fitness band would be the best for folks who would want to get fit - someday.

In this overview, we chose the latest top-of-the-line fitness trackers from respective brand in a band or bracelet form factor that also have Heart Rate Monitoring (henceforth referred to as HRM) built-in. 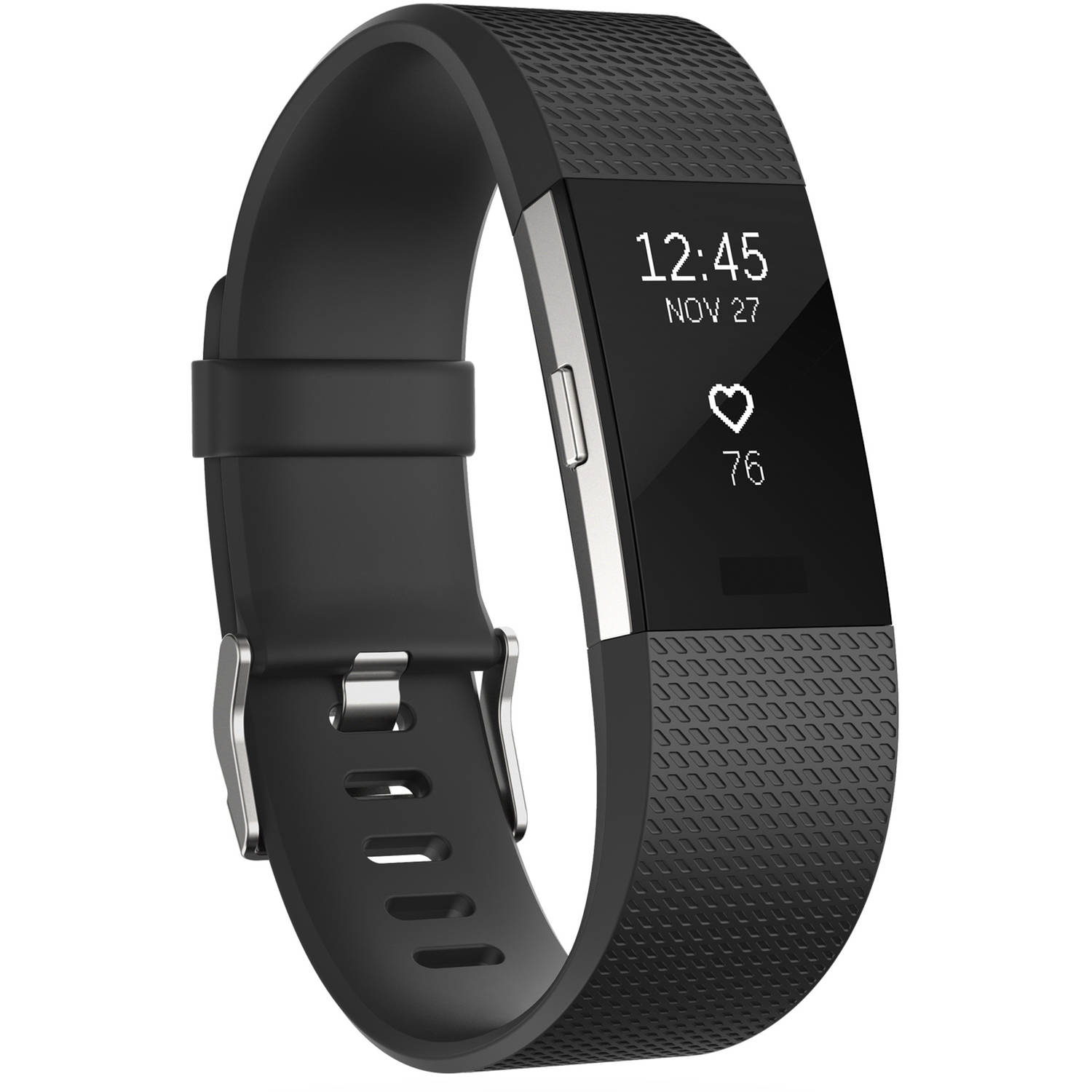 The Fitbit Charge 2 has a band-like form factor with rubberized, interchangeable straps flanking a core that holds its hardware and display. It uses an OLED screen that's officially four times larger than the Charge HR's – our measurements put it somewhere around 1.5 inches. Having a larger display makes it comfortable to read, and it now shows both the current time and some cursory fitness data. Finally, having a slimmer strap width than the Charge HR helps the Charge 2 look sleeker, so it is less of an eyesore when it’s worn outside of workouts.

There’s a button on the right of the display, which brings you back to the wearable's main menu when pressed. The wearable has a raise-to-wake function that makes the information available at a glance, although it's nowhere as colorful or easily readable as the Gear Fit2 by Samsung. This is noticeable when you're flitting through the various options within both bands, and when you need to view stats while under sunlight.

The new Charge 2 not only packs an optical heart rate monitor, but also the ability to track multiple sports activities like biking and hiking (no swimming for this sweat-proof device, though). It doesn't have its own GPS despite all its tracking features, but there's Connected GPS that allows the Charge 2 to pull GPS data from your smartphone. The older Charge HR only had HRM, and none of the other new features at the same asking price. Factoring in the larger display, this makes the Charge 2 an upgrade, inside and out.

If you're familiar with Fitbit's app, you’ll be pleased to know that they kept the friendly and easy-to-understand interface. One new feel-good tool they have is a Cardio Fitness Score. By taking a combination of numbers from the resting heart rate measurement, existing exercise data, and profile information, Fitbit will assign a heart-health ‘score’ that tells the user if they are healthy for their age. It’s based off the VO2 Max measurement that runners use to check their cardiovascular fitness in a snapshot. 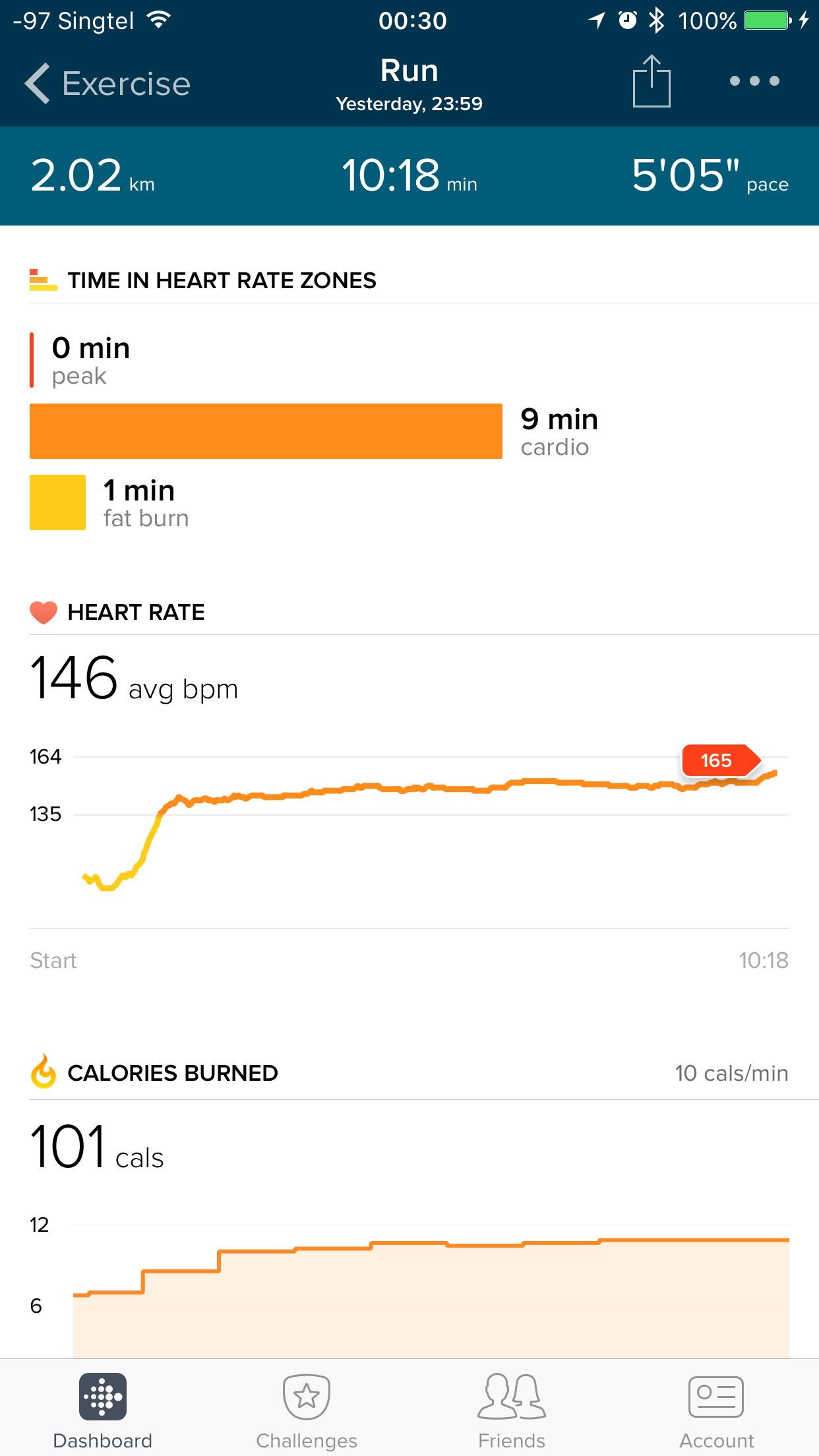 It’s accurate for a casual tracker; it recorded the full 1.47km test run we conducted. Heart rate(HR) readings fall within our typical HR patterns, and step tracking, too. It's nice how the Charge 2 also tracks the flight of stairs climbed and it was never off in our day-to-day trials.

We consider Fitbit's features as well-rounded, accessible, and sensible because of how it's presented, on top of how users can easily find out more about their features through Fitbit – this helps to appeal to a broader range of fitness behaviors and it eases people into adopting a healthier outlook, beyond the gamification of personal high-scores. It also has a simple, effective design, good enough accuracy, and a UI that communicated the metrics in a digestible manner.