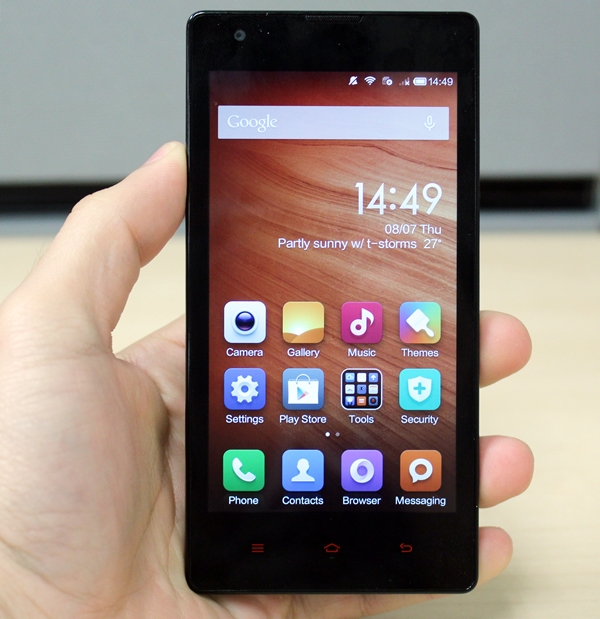 Much of the changes in the Redmi 1S are under the hood. On the outside, everything remains the same as the first Redmi. You get the same rectangular design and rounded corners with a matte gray cover. It doesn't feel as premium and comfortable as the ZenFone 5, but the Redmi 1S is at least one notch better than the Desire 616 where design and appearance is concerned.

With no change to the design, this means that you get the same set of problems we faced earlier when reviewing the first generation Redmi. There is no backlight for the navigation buttons below the 4.7-inch display. Since the Back button is located on the right, left-handed users may have to stretch their thumb across to reach it. Considering that the phone isn't that wide to begin with, this shouldn't be much of an issue. 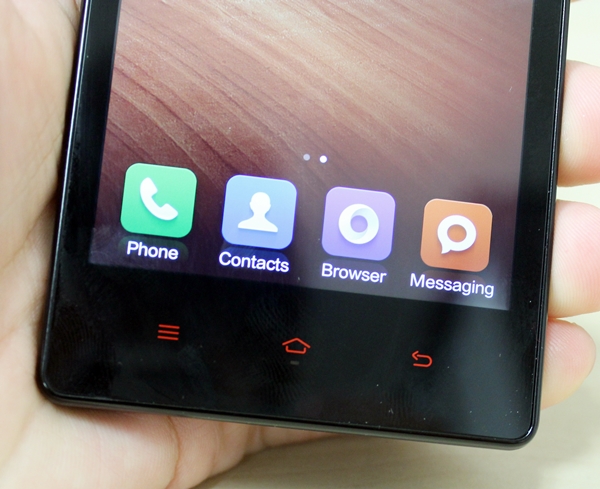 Despite being the only 4.7-inch phone in this comparison (the other two sport 5-inch screens), the Redmi 1S weighs the heaviest at 158g. Depending on how you see it, the Redmi 1S can come across either as giving a solid feel in your hand or being a little too dense for its size.

Removing the back cover is easy, which will give you access to the microSD and two regular-sized SIM card slots. Similar to the Desire 616, you need to remove the battery before swapping out the microSD or SIM cards. While both card slots accept SIM cards with data connectivity, only the left slot supports 3G mobile data while the right slot is rated for 2G data connectivity. 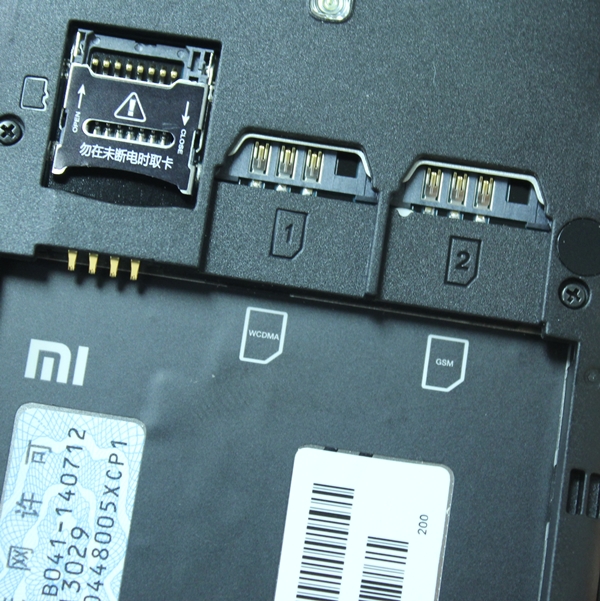 Internally, the first hardware difference between the first generation Redmi and the Redmi 1S is the internal storage space. The Redmi 1S comes with double the storage capacity at 8GB. Out of the box, it comes with 6.14GB of available storage. Actual usable storage space is about 4.45GB after updating the preloaded apps. If you need more storage space, the microSD memory card slot is upgraded to support up to 64GB memory cards (a bump up from the 32GB limit on the original Redmi).

As it has a 4.7-inch 720p display, the Redmi 1S edges out the 5-inch rivals in pixel density. While the differences are hardly noticeable in everyday usage, it makes for good boasting among consumers who are obsessed with numbers or who have sharp eyes to discern the disparity.

The Redmi 1S still runs on the MIUI V5 OS which is based on Android 4.2.2 Jelly Bean. While the Mi 3 recently received an update to Android 4.4 KitKat, there is no word on a suitable update for the Redmi 1S.

What probably sets the Redmi 1S apart from the other two phones is the endless customization options you have through MIUI V5. You have thousands of themes to choose from and a huge range of tools to control how your phone functions. For a deeper understanding of what MIUI is and its features, do check out the articles below:

The other notable hardware difference is the type of processor used: the Redmi 1S runs on a Qualcomm Snapdragon 400 quad-core 1.6GHz processor. The amount of RAM remains similar at 1GB. In terms of user experience, the Snapdragon 400 seems to make the phone operate smoother although we still encountered occasional lags when using graphics intensive themes. Apart from that (which you can't really nitpick at its price point), it is generally more responsive than the original Redmi. In our opinion, of the three phones, the Redmi 1S is the most responsive.