In this section, we will use the three standard benchmarks - Quadrant, 3DMark 2013, and SunSpider - to compare the performance of the phones. Following that, we proceeded with our usual battery life testing. For ease of reference, we've repeated the specs comparison table once more, but this time we've included versions of the devices that were tested previously:-

Three things to note here: Firstly, it is interesting to see the disparity in benchmark performance between the Redmi 1S and Redmi; the Snapdragon 400 processor's performance in the Quadrant benchmark is almost double that of its MediaTek counterpart. This probably explains the better general user experience over its predecessor. Also, while the Desire 616 outperformed the Redmi 1S in this test, during actual use, you'd have thought that the Redmi 1S is the faster device because you don't encounter as much micro-lags. Lastly, the retail ZenFone with 2GB RAM manages to inch past its 1GB self that was originally reviewed and this holds true in most of the tests. 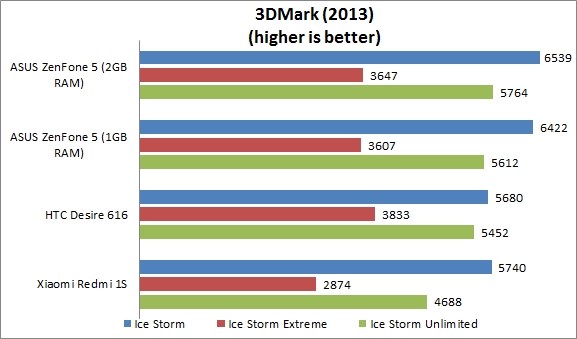 Overall, ASUS and HTC had more consistent performance across the three 3DMark test sections. The ZenFone 5 scored wins in the Ice Storm and Ice Storm Unlimited, while the Desire 616 clinched the top position for Ice Storm Extreme and fared pretty close to the ZenFone 5 in the two other test sections. Given the dual-core processor driven by Intel, the performance on 3DMark is considerable and it shows Intel's capability to compete in smartphone arena.

While the scores suggest that none of the phones are high-end smartphone gaming devices, we found actual gaming performance for all three phones to be smooth, and they all offered very decent frame rates as noticed during the test.

SunSpider JavaScript helps measure the browsing performance of a device when processing JavaScript. It not only takes into consideration the underlying hardware performance, but also assesses how optimized a particular platform is at delivering a high-speed web browsing experience.

The Intel Atom processor showed its strength in the SunSpider Javascript benchmark when the ZenFone 5 scored an overwhelming victory over the competition. In a twist of events, the original Redmi fared much better than the Redmi 1S. To give you a better idea where these three phones stand, the high-end phone like the LG G3, HTC One (M8) and Sone Xperia Z2 came in at under 1000ms. 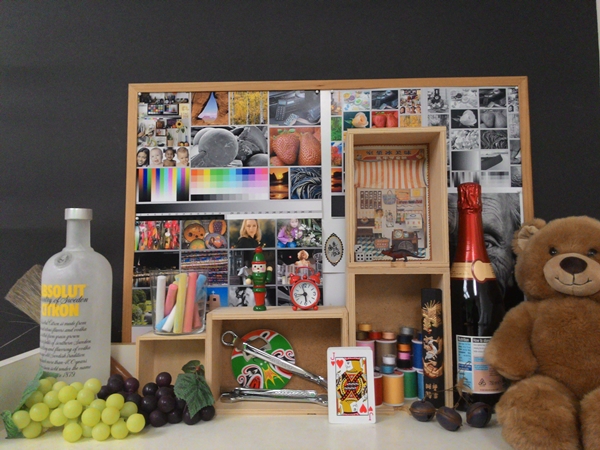 The Desire 616 is equipped with an 8-megapixel rear autofocus camera with an aperture of f/2.4. 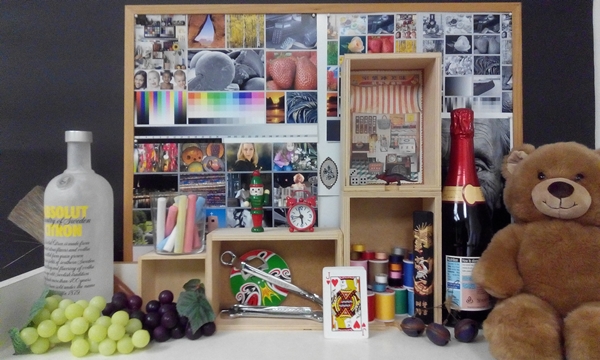 The Redmi 1S sports an 8-megapixel rear autofocus camera with an aperture of f/2.2 and 28mm wide angle lens. 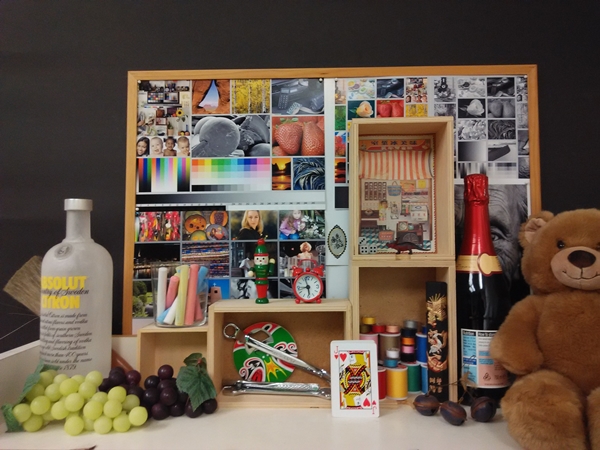 The Desire 616 lost out in sharpness (as evident in the readability of the Chinese words at the top) and the high level of image artifacts. Overall, image captured looked grainy, soft at the sides and had a cooler tone than expected.

As broad daylight photography improves with better camera modules, low-light imaging performance is the next important measure of camera phone photography performance these days. Of the three brands, ASUS specifically developed an imaging technology for the ZenFone 5 and 6 to stand out from the competition in this aspect. A unique shooting mode, the Low Light mode, is included in its suite of PixelMaster camera technology. For more information on the Low Light mode, do check out our article here and for a detailed dissection of its performance, you can check here. 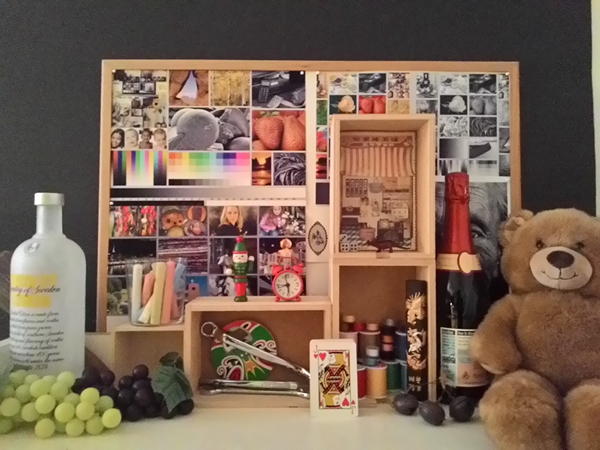 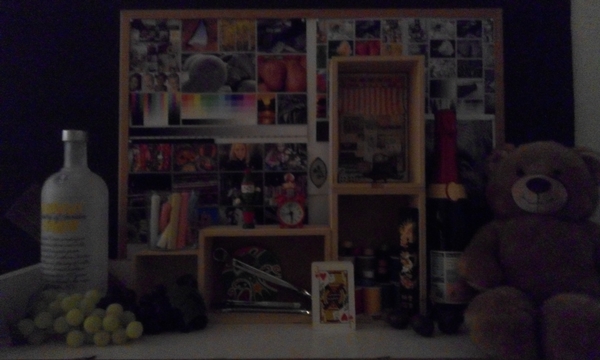 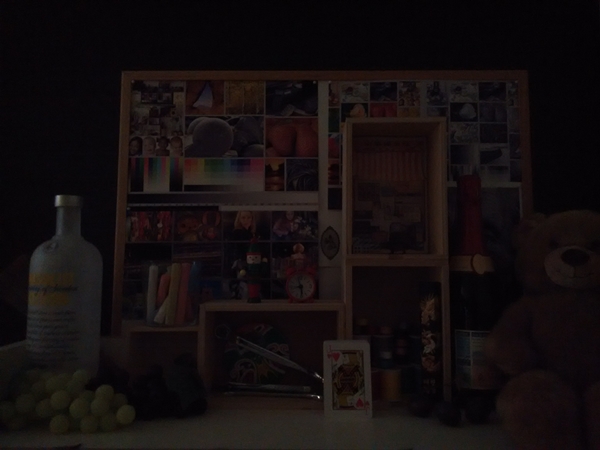 Given our previous experience of the ASUS ZenFone 5, it's not a surprise that it triumphs the competition in low light photography. In fact, in our previous comparison, the outcome was no different as it went against industry heavyweights like the Samsung Galaxy S5 and Sony Xperia Z2. However, one thing to bear in mind is how the ZenFone 5's low light mode works, which is by combining  four adjacent pixels into one, thereby boosting light sensitivity and contrast to ensure photos produced are usable. Because it uses adjacent pixels to its advantage, the photo's image resolution is reduced to just 2 megapixels, but the important point is that you get a usable photo for immediate sharing and enjoyment which would otherwise have been deleted because it was too dark for any use. Advanced users might dabble in suitable post processing techniques to perhaps rival the same outcome from a standard resolution photo, but let's face it, the target market for these phones either don't have the time or the skill to do that.

The ZenFone 5 and Redmi 1S are comparable in terms of battery mileage; the difference is merely 8 minutes. It's odd that the Desire 616 fell behind the pack by a significant margin; it lasted nearly an hour less than the ZenFone 5 even though both phones have 5-inch 720p displays, and that's despite it having a slightly higher battery capacity.

Looking at the Power Consumption chart, the Desire 616 has the highest power consumption among the three. It is even more puzzling considering that we stumbled upon a software bug on the Desire 616, which automatically enabled the CPU power saving mode whenever we disabled it to play the video file. We've checked with HTC Singapore on this issue and the company has acknowledged it as a software bug. It is currently working on a software patch.

We measure the portability of a device by calculating its battery life to (weight x volume) ratio. As the ZenFone 5 is the lightest and boasts the longest battery mileage of the lot, the ASUS phone easily claimed the top spot in our Portability Index.

This distinction however clearly remains in the ultra budget category of non-4G, dual-SIM devices. Most, if not all the sub S$400 4G phones either have longer battery life and better physical traits that give them a far higher portability index, but this is just for your information that the ultra budget phones compared in this article aren't spectacular but sufficient for their class. So if you need a phone with strong battery life and doesn't cost a whole lot more, you know you've several other options.