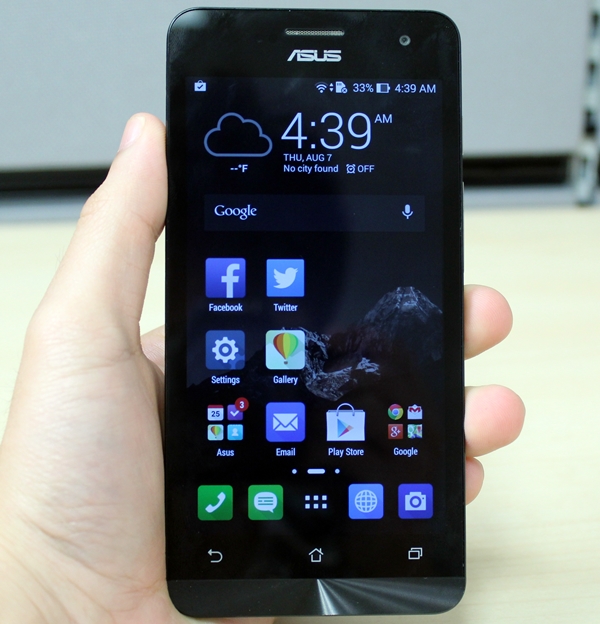 Aside from the additional 1GB of RAM in the retail version, the rest of the ASUS ZenFone 5's specs remain similar as the review unit we tested in May. Instead of going into great length about the ZenFone 5, we shall summarize the key points here and compare it against the other two phones.

In terms of design and handling, the ZenFone 5 wins hands down with its curved, soft-touch rear. The matte texture is a step up from the glossy plastic we saw on the HTC Desire 616, as it does not turn into an ugly mess of fingerprints and smudges after a few minutes of handling. However, smudges can still be obvious on the black model compared to its red counterpart. Overall, the ZenFone 5 feels more sturdy than its rivals. On a side note, we've gotten feedback from some users who think that the rear backing may be too smooth for its own good. While we beg to differ from handling numerous other devices, do give it a try personally to see if it suits your handling needs. 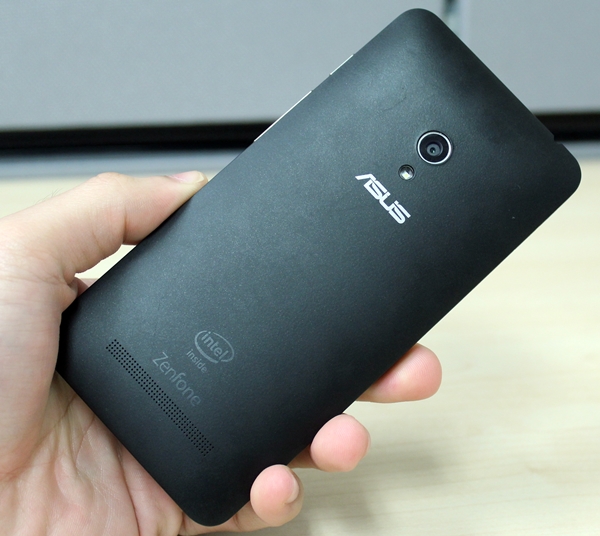 When it comes to navigation buttons, do note that there is no backlight for those on the ZenFone 5. The same applies for the Redmi 1S. This may pose a slight inconvenience when using the phone in dark environments as you can't tell if you've hit the correct button. HTC circumvents this problem as the Desire 616 utilizes onscreen keys.

Focusing on the back, it doesn't take much effort to remove the cover. Of the three dual-SIM phones, the ZenFone 5 is the only device with a non-removable battery. It is also the only device that supports 3G on two micro-SIM card slots. Located on the top right corner is the microSD memory card slot, which supports memory cards up to 64GB in capacity. Out of the box, the ZenFone 5 has 4.28GB of available storage space out of its 8GB of internal storage after updating all the preloaded apps. 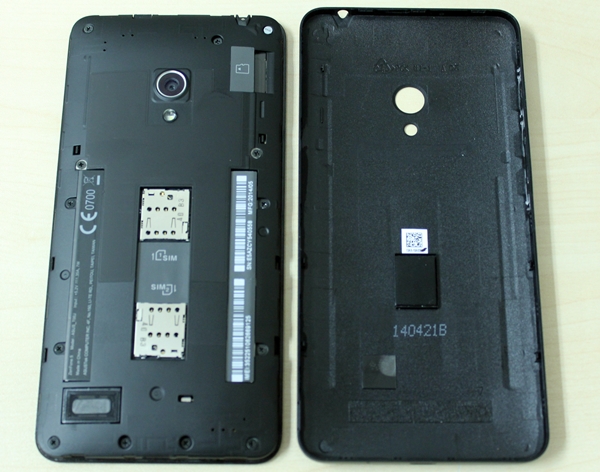 The ZenFone 5 sports a 5-inch 720p IPS+ display, which is on a par with the Desire 616. The display delivers great clarity, lively colors, and excellent viewing angles. It also boasts of a Glove mode to increase touch sensitivity when you are wearing gloves.

Running on the ZenFone 5 is its newest ZenUI with Android 4.3 Jelly Bean. It is the only device to have a guaranteed update to Android 4.4 KitKat, something we've not heard from the other two companies for their respective phones. Notable features of ZenUI include What's Next (it manages your daily schedule and issues reminders) and Do It Later  (ASUS's own to-do list app). You can read more about ZenUI in this dedicated article. Overall, ZenUI comes across as a nice middle ground between HTC's Sense UI on the Desire 616 and Xiaomi's MIUI V5 on the Redmi 1S; it feels more refreshing compared to Sense while at the same time doesn't feel as overwhelming as MIUI V5.

Under the hood, the ZenFone 5 is powered by an Intel Atom Z2560 dual-core 1.6GHz processor with 2GB RAM. Compared to the review unit with 1GB RAM, the user navigation is slightly more responsive and smoother, but micro-lags are still present.