Shootout: From 0 to 100, the fastest charging phones available 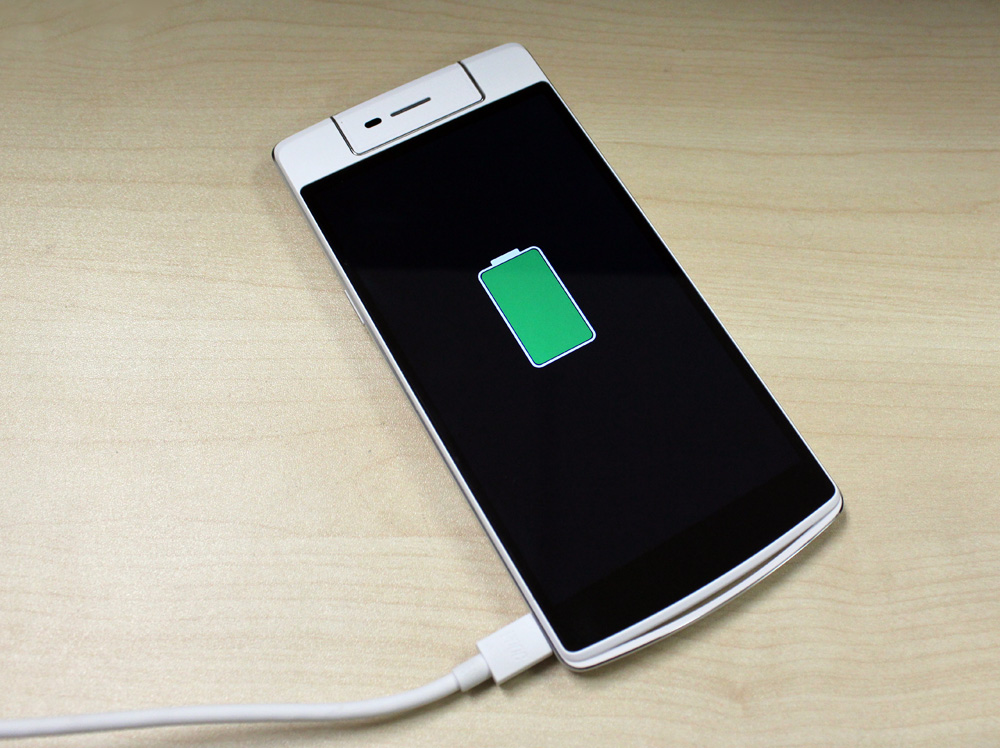 As smartphone displays have grown in size and resolution, so too has battery capacity to meet the increased power draw. Unfortunately, despite larger batteries, battery life still struggles to accommodate the needs of heavy-usage smartphone users and, as such, reducing re-charge times has become the next best thing. Over the past few years, a number of companies have introduced innovative technologies that speed up the charging process. But which solution is the best? Let's find out.

Before we begin, a quick note on how chargers work in general. How fast a battery charges is determined by how much power it receives from the power source (normally a wall outlet), through the charger, to your phone. Your phone also includes built-in regulators to prevent pumping too much power into the battery and frying it. The actual amount of power output from the charger is determined by the voltage (measured in volts) and current (measured in amps) that it is rated for safe use.

Basics aside, let's take a look at the various fast charging standards available:-

The most prevalent fast charging technology available today is Qualcomm's Quick Charge tech, which has been around since 2012. Qualcomm's technology is designed to maximize charging efficiency by delivering a higher power load. Quick Charge 1.0 made use of a 2A/5V charger, resulting in 10W of charging power, which is double the conventional 1A/5V chargers. Obviously, only phones with higher internal regulators were able to make use of Quick Charge 1.0, and you could find it on the Samsung Galaxy S III, LG Nexus 4 and Optimus G, and Xiaomi Redmi 2, as well as a few others. As far as more recent devices are concerned, the Xiaomi Mi 4i still uses Quick Charge 1.0.

In 2013, Qualcomm introduced Quick Charge 2.0 on Snapdragon 800 chipsets, which allows for an even higher level of power transfer between your power source and device. There are actually three different specifications of Quick Charge 2.0 chargers: 3A/5V, 1.67A/9V, and 1.25A/12V. However all three deliver 15W of power.

While Oppo uses Qualcomm's chips in its phones, it has its own quick charging innovation that's quite unique. It's called VOOC Flash Charging, which stands for Voltage Open Loop Multi-Step Constant-Current Charging.

While VOOC chargers also deliver a higher power load than standard chargers - the current second generation VOOC mini chargers deliver 5A/5V for a whopping 25W of power - Oppo also uses a different battery structure in each of its phones. VOOC-enabled phones consist of several individual battery cells, and the high 5A current is split among those. Due to this, the battery has a higher number of contacts than usual, with each cell charged simultaneously. Most of Oppo's latest smartphones are VOOC compatible, including the Oppo N3, R5 and Mirror 3. All VOOC-enabled Oppo phones come with a compatible charger in the box.

Samsung's Fast Charge technology, found in the Galaxy S6 and S6 Edge appears to be exactly the same as Qualcomm's Quick Charge 2.0 technology. The charger that ships with both the Galaxy S6 and S6 Edge is rated to the exact same 1.67A/9V specifications as Qualcomm's Quick Charge 2.0 chargers. We also tested the S6 with the charger supplied with the Galaxy Note Edge, and it appears to work just fine. It's possible that Samsung simply modified Qualcomm's technology and adapted it to work with its own Exynos chips.

ASUS' BoostMaster technology, found in its ZenFone 2 series of phones, also appears to use a similar technology to Qualcomm's Quick Charge 2.0. The charger supplied with the phone is rated at 2A/9V, supplying a maximum of 18W of power. Despite using an Intel Atom processor, the ZenFone 2 will also fast charge using a Qualcomm Quick Charge 2.0 charger or even a Samsung Adaptive Fast Charger.