Shooting 4K Video On Your Smartphone

Shooting 4K Video On Your Smartphone With more than twice the clarity of Full-HD resolution (1080p), 4K resolution is undoubtedly the future of entertainment media. But that future isn't here yet, and with limited content currently available, and the high prices for 4K TV sets, you probably aren't rushing out to buy a 4K TV just yet. So why would you want to record content in 4K, when you don't have a device to play it on?

There are actually many advantages to recording in 4K:

Here's everything you need to know to get started recording 4K content on your smartphone.

4K video recording is still a fairly new feature, and only a few of the more adventurous smartphone manufacturers have been able to add it as a feature in their most premium smartphones. Qualcomm's Snapdragon 800 chip is the first SOC capable of capturing 4K footage and as such, all 4K video recording capable smartphones are powered by either a Snapdragon 800 chip or its successor, the 801. Out of the more prominent smartphone manufacturers, currently only Sony's Xperia Z2, Samsung's Galaxy Note 3 and Galaxy S5, and LG's G Pro 2, as well as the upcoming LG G3, are capable of 4K video recording. 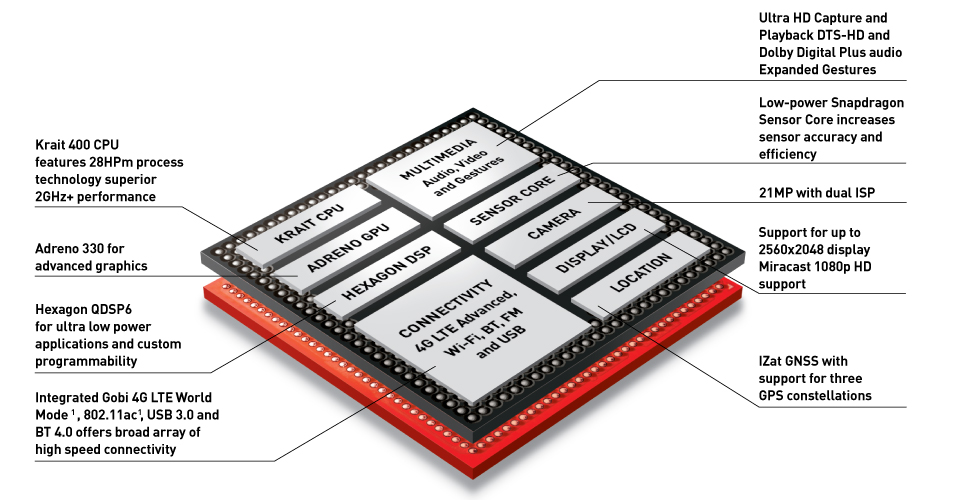 The actual process of recording in 4K is fairly simple. While it differs from phone to phone, most require you to simply access the camera app, select video, and then change the resolution to 4K. It is worth noting, however, that a few smartphones limit what options are available when recording in 4K. For example, both the Samsung Galaxy S5 and Note 3 deactivate image stabilization (as well as HDR) when shooting in 4K, whereas Sony's Xperia Z2 and LG's G Pro 2 do allow for image stabilization while shooting in 4K.

The biggest limitation of recording in 4K affects every smartphone: none of them can record in 4K for more than five minutes at a time. The reason behind this is due to how the Qualcomm Snapdragon 800/801 chip processes 4K video data. Both Snapdragon 800/801 chips utilize software-based HVEC (H.265) encoding/decoding, rather than a hardware-based solution like those found in dedicated 4K video cameras. This means that all the heavy lifting while recording videos has to be done by the CPU itself, which puts them under heavy load. In turn, this leads to the processor overheating within a few minutes of use, resulting in the phone shutting down the camera app to prevent the CPU from frying itself.

If you own a Sony Xperia Z2 smartphone however, there is actually a way to get longer videos. While 4K video on Samsung and LG's smartphones is strictly limited to five minutes - determined by the app itself - Sony's camera app only shuts down when CPU temperature reaches a certain point - there's no fixed time limit for videos. With the help of some external cooling this means that you can actually go over the five minute cap. If you're recording indoors, try to set the air con to the lowest possible setting, while outdoors a portable fan might give you a few extra minutes of recording. Of course, the easiest solution is to take advantage of the Xperia Z2's IP58 waterproof rating and submerge the phone in a bag of ice/cold water - all except for the camera lens of course.

As you can see, recording in 4K will quickly use up your phone's storage capacity. As such, it is recommended you use a high capacity microSD card to store your movies. Fortunately, Samsung, Sony and LG's 4K capable smartphones all have microSD card slots with support up to 128GB capacity. It's also a good idea to invest in high speed memory cards to ensure your video is recorded smoothly on your phone without buffering and slowdowns that may occur with free or entry-level memory cards. Such memory cards also come in handy if you need to use it with other high-end recording equipment that you may have or plan to acquire.

4K video is still a relatively new technology, and it will take a long time before it completely replaces 1080p as the resolution of choice. Don't forget that, while the smartphones we've highlighted here can all record in 4K, none of them can actually play native 4K content, as they're all armed with Full HD 1080p displays. Even LG's new G3, which boasts an ultra sharp 2560 x 1440 QHD display can't play native 4K (which is at 3840 x 2160 pixels resolution). Right now, the real benefit to 4K recording is the ability to crop and zoom and still retain clarity, and to downscale to super-sharp 1080p resolution.

Furthermore, video length limitations, and large file sizes limit what 4K content can be produced on a smartphone, although that may soon change. A dedicated hardware-based HVEC encoder would take the strain off of the CPU, and would allow for longer movies to be recorded. Google has also released its own 4K video encoding format, VP9, which reportedly could be more efficient than H.265, and may also require less computational power, which would mean smaller file sizes and reduced overheating issues.

Meanwhile, for those of you planning to replace your old TV set with a 4K TV, the good news is prices have starting to come down such as LG's 49-inch 4K TV that starts from just S$2,999. While there's no constant 4K TV content to enjoy your TV set with, you would be just as content with upscaled 1080p content or enjoy 4K home videos shot from your premium smartphone.