Back in the 19th century, Thomas Young once suggested that our color vision can be explained by the Trichromatic Theory. In simple words, three "RGB" photoreceptor cells in our retinas determine how our eyes and brain perceive colors. Fast forward to the 21st century, and here we have LCD makers who believe that adding another primary color would expand the color gamut, and perhaps the yellow pallet. Now, we aren't experts in the field of optics or human genetics, still, it would be wonderful if our eyes are able to decipher every color on the spectrum. Those were our thoughts as we witnessed Sharp's Quattron launch today. 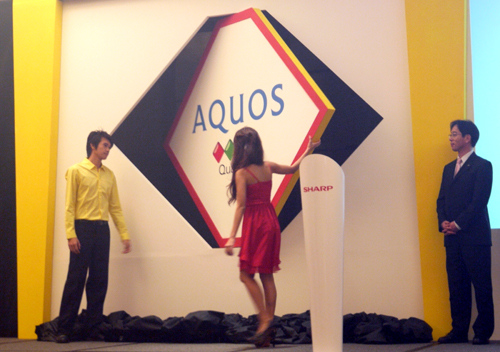 Having made its rounds in the States, Europe and Japan, local consumers now have a chance to feast their eyes on the AQUOS Quattron LE820M LED TVs. The slim AQUOS series is a rather intriguing thing, not because of their LED backlights, but what goes on inside the Japanese-made X-Gen LCD panel. Understandably, a fourth primary color, yellow, has been added to the unit's sub-pixels instead of the usual RGB or red, green and blue model. Call it Quad Pixel if you will. Of course, Sharp claims this color additive helps improve the Quattron's aptitude in reproducing faithful colors, and rather dramatically at that. And no, we refuse to make any silly Coldplay references at this point. 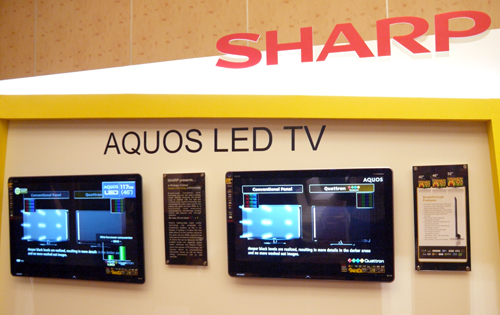 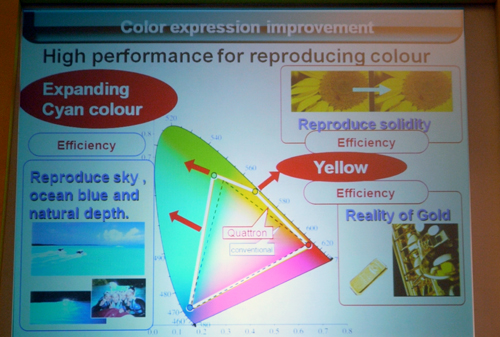 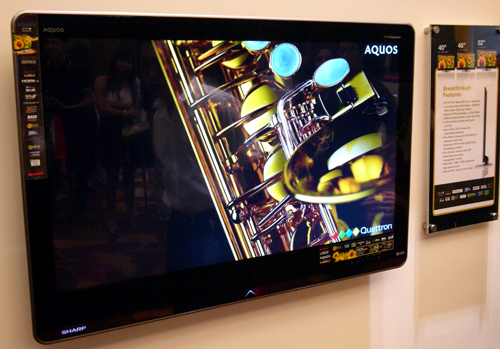 According to the Japanese firm, the Quattron promises higher contrast levels by reducing backlight leakage, thanks to Sharp's UV2A photo-alignment technology. Additional perks of the LE820M series include Eco functions, DivX playback support and enhanced 100/120Hz frame interpolation dubbed as "Fine Motion Advanced". As of today's launch, Sharp has introduced three sizes for the AQUOS display thus far and they are currently available in 40, 46 and 52 inch variations. The AQUOS Quattron LE820M series is fitted with a conventional analogue tuner, although Sharp might bring in a LE820X variant with a digital tuner in the near future. 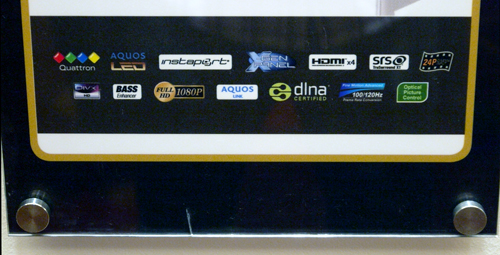 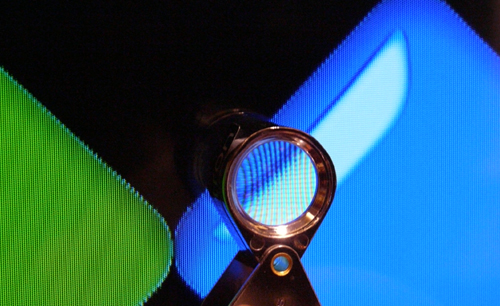 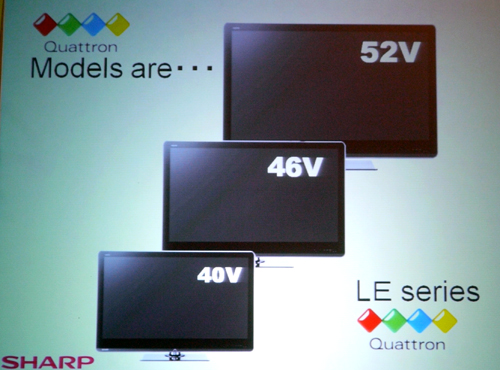 On a tangential note, we recall catching George Takei's (aka Mr Sulu from Star Trek) candid appearance in a Sharp ad when the Quattrons first hit America. If you've missed the rather amusing commercial, well, here it is again. Everybody say wow.