Sharp Wants to Change Your World with IGZO & ICC Technologies

Sharp Wants to Change Your World with IGZO & ICC Technologies

At IFA 2012 in Berlin, Germany, Sharp is on hand to showcase the progress of some of its display technology investments. And of course, Indium gallium zinc oxide (IGZO) is one of them. In a nutshell, IGZO is a semiconducting compound that can be used as the channel for a transparent thin-film transistor. And Sharp is the first to successfully mass produce it. With IGZO, transparent electronics, like an interactive study table or a mirror that displays the Internet and the TV, become possible. In fact, Sharp has said that IGZO is an essential component in realizing the ‘next-generation OLED’. Of course, transparency electronics will not arrive anytime soon. However, IGZO LCD is almost ready to replace the conventional LCD used in some consumer products.

So, what are benefits of IGZO? Compared to amorphous silicon (a-Si), IGZO has electron mobility that’s 20 to 50 times faster, and transistors can be made at a super-small size. Furthermore, IGZO is able to achieve twice the resolution of conventional LCDs at the same transmittance. All these mean that very large-size, high-definition displays are possible. And for products like tablets, they can be made with very narrow bezels.

Savings in power consumption is another big feature of IGZO. For example, to display an image, a conventional LCD has to turn on the display all the time. With IGZO, the image can continue to display even when power is turned off. So, IGZO benefits not just products with big displays. It can also help reduce power consumption for smaller consumer electronics such as smartphones, because as we know, our smartphone’s display is often the reason for a short battery life. 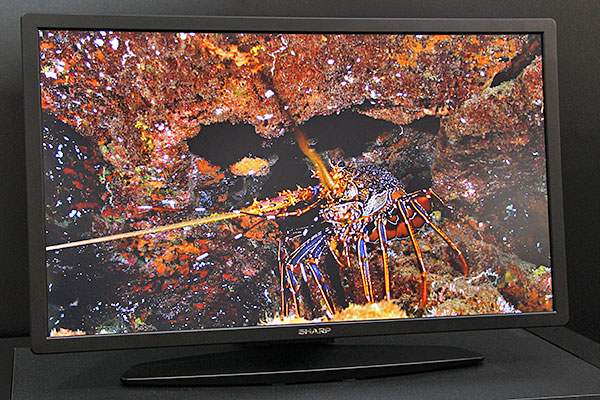 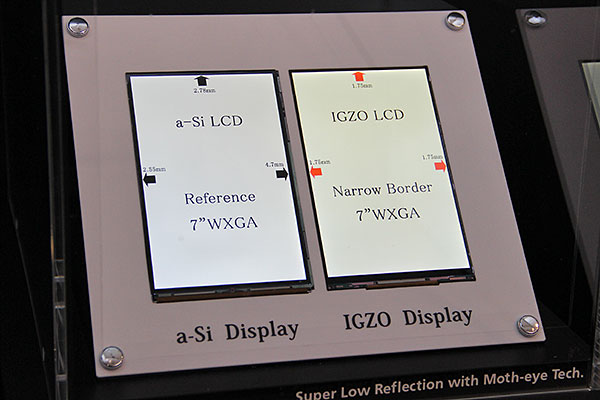 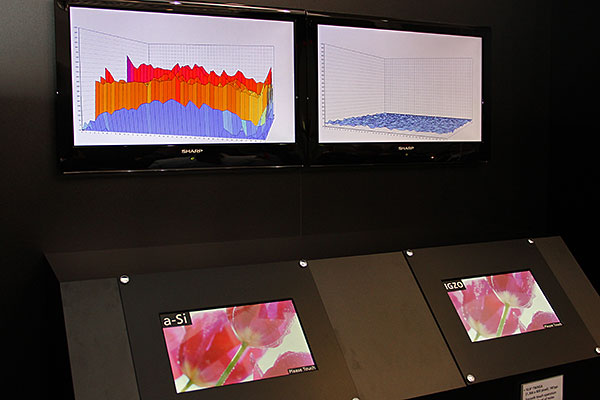 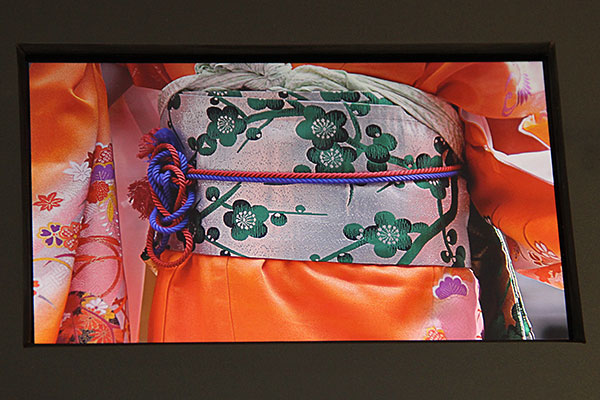 Another product being showcased is a 60-inch ICC-LED 4K TV. ICC stands for Integrated Cognitive Creation, and it’s a new type of signal processing technology designed to stimulate the same cognitive processes between the human eye and brain when perceiving light and reflections. Co-developed with I-cubed Research Center, this ‘light stimulus creation’ technology is able to create four times the resolution of a native full HD signal.

In the demo, a 1080i source was fed to a 60-inch, full HD 1,920 x 1080-pixel resolution LED TV and the 60-inch, 4K (3,840 x 2,160-pixel resolution) ICC-LED TV. The picture on the 4K UHDTV should look bad, but it didn’t, due to ICC technology. While some may see this as a fancy up-conversion technology, from what we’ve seen, the results are anything but. What we did notice very slight noise, the footage also exhibited an excellent sense of perspective, as well as great three dimensionality. 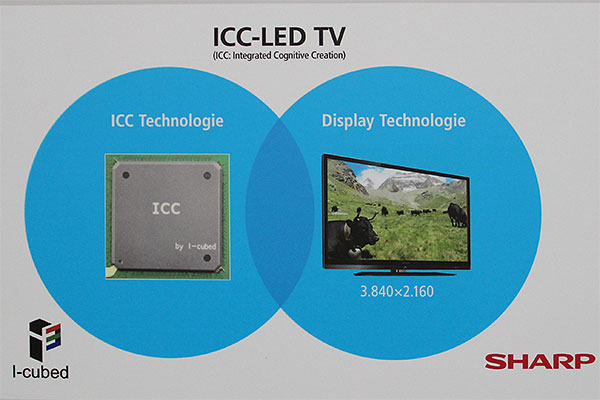