Sharp Slips Into The 3D Pool

Four Colors In The Third Dimension

Sharp caused quite a stir when its troop of AQUOS Quattron HDTVs marched into the local market back in July. The Quattron namesake, if you are still unacquainted, stands for Sharp's 4-Color technology which incorporates a yellow sub-pixel into the conventional RGB package. Five months later, Mr Hayakawa's CE legacy is finally ready for the stereoscopic arena with the official arrival of the 3D-compatible AQUOS Quattron outfit, otherwise known as the mouthful LC-60LE925M/X. Observably, the local release comes three months behind its American counterparts, since the 3D TV already did its rounds in the States during September. Held at the Conrad Centennial, we were nonetheless happy to participate in the launch today to find out more about the 3D AQUOS debut. 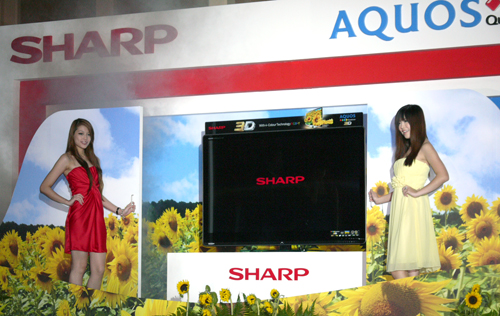 Some fresh enhancements have been made since the introduction of the 2D Quattron we've reviewed. Sharp made their intentions clear at the onset, and it is obvious they aren't sparing any expense to reduce crosstalk niggles. To overcome the dreaded ghostly images, Sharp will rely on a combination of FRED and LED backlight scanning technology to battle this issue associated with 3D TVs. FRED has nothing to do with the Flintstones. Rather, it's an acronym for "Frame Rate Enhanced Driving"; a fancy term for 240Hz frame interpolation to reduce lag essentially. The flagship Quattron LE925 will retain Sharp's UV2A technology, which involves precise alignment of liquid crystal molecules to improve response time, contrast ratio, and aperture ratio levels supposedly. Collectively, Sharp has developed all these tech to combat crosstalk, and we can only hope they will succeed effectively. In terms of format support, the LE925 does 3D broadcasts, 3D Blu-ray and 2D-to-3D processing. 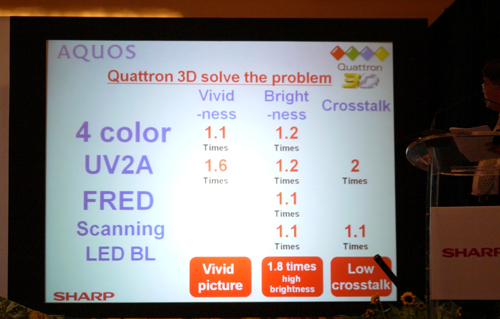 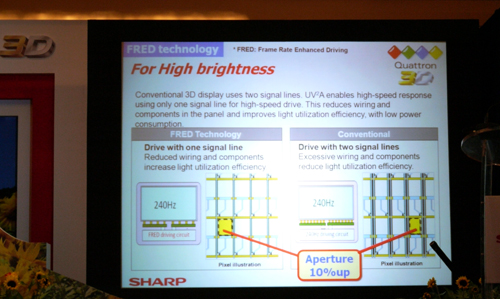 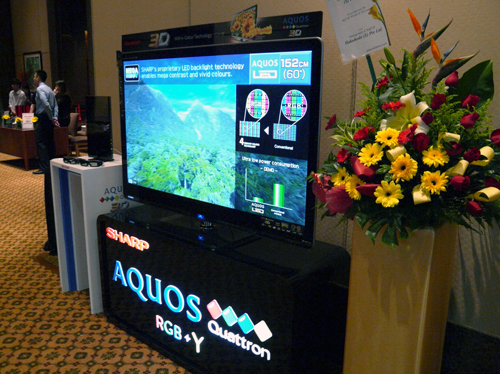 Sharp is shipping the LE925 in a single 60-inch offering, priced just below ten grand at S$9,999. The 3D display will feature side-mounted LEDs and a dynamic contrast ratio of 8,000,000:1. Not one, but two pairs of active-shutter glasses thrown into the mix. Now here's the real kicker. Unlike conventional 3D displays, Sharp's eyewear actually allows you to transform a 3D picture into 2D mode with a simple press of a button. Stereoscopic pictures might not appeal to everyone, and we think this is a practical feature since you can have a mix of 2D and 3D viewing for your audience. To complete their 3D ecology, Sharp is also bundling the devilishly slim BD-HP90D Blu-ray player as part of their 3D retail package. As for the near future, you can expect more 3D displays to come from Sharp although they won't reach us till mid 2011. While it did not enjoy as much limelight as its LE925 sibling, you might want to note that the DLP-flavored XV-Z17000 3D Home Theater projector was similarly launched today. Unfortunately, there's no word on its pricing as yet. 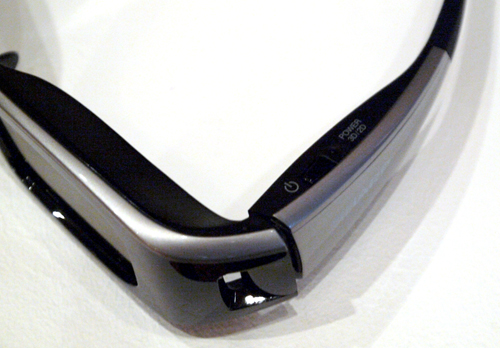 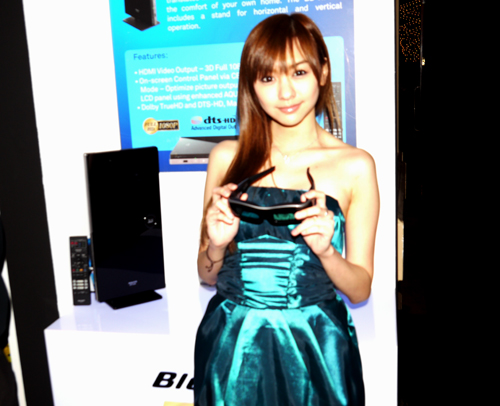 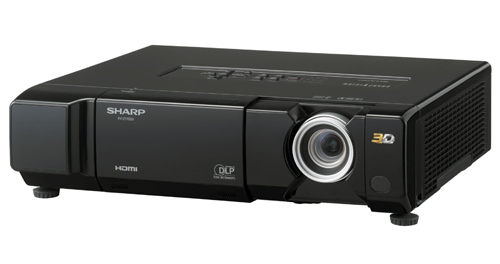