Severance (Apple TV+) review: Work-life balance isn't all it's made out to be

Severance review: Work-life balance isn't all it's made out to be 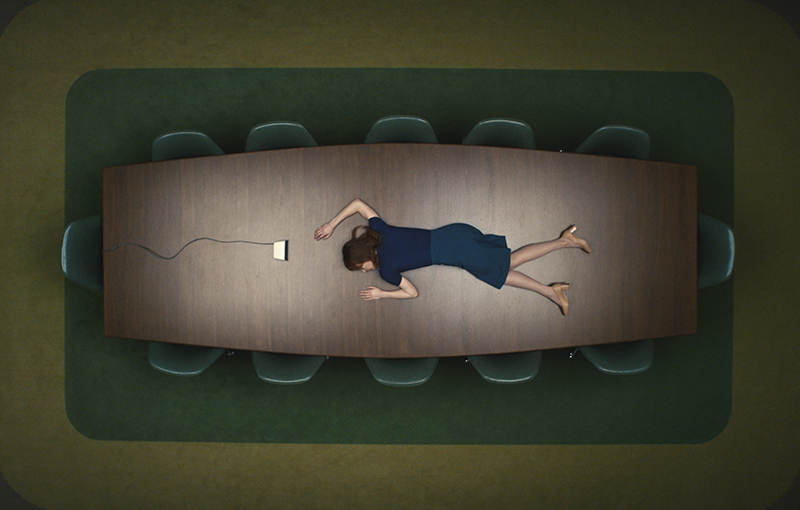 We've all wished at some point that we could divorce our personal lives from the gruelling responsibilities of our jobs. A healthy work-life balance is often held up as some vaunted ideal – the dream is to check out from work entirely when 6PM rolls around and not receive a single message on Slack until the next morning.

Severance, a new sci-fi series from Apple TV+, takes that to its logical extreme. Workers divide their minds into two halves, and neither half retains any memories from the other. Their personal selves take the elevator up to the office every morning, and their work selves take over when they step out.

From the perspective of your personal self, this means driving to work each morning at 9AM, and then leaving immediately at 5PM. You remember nothing from your workday, nor even the exact nature of your job, so you're blissfully unbothered outside of work hours. It's a fascinating concept to unpack, one that Severance isn't afraid to expand upon and explore.

But there's a cruel contradiction at the heart of it all. While this arrangement sounds great for who you are outside of work, you're also creating a second consciousness that has no memories of your outside self. This version of you doesn't even know your name at first and has to be informed of it. In fact, from their point of view, they never ever leave the office.

Every elevator ride down to the main level to return home is immediately followed by a ride back up to work. They're effectively trapped in the office, for all practical intents and purposes, with not even the respite of falling asleep every night. It's uncomfortably close to what many folks have been forced to confront during the pandemic – it can feel like our jobs sometimes require us to be switched on 24/7 and adopt an entirely new persona just to survive. 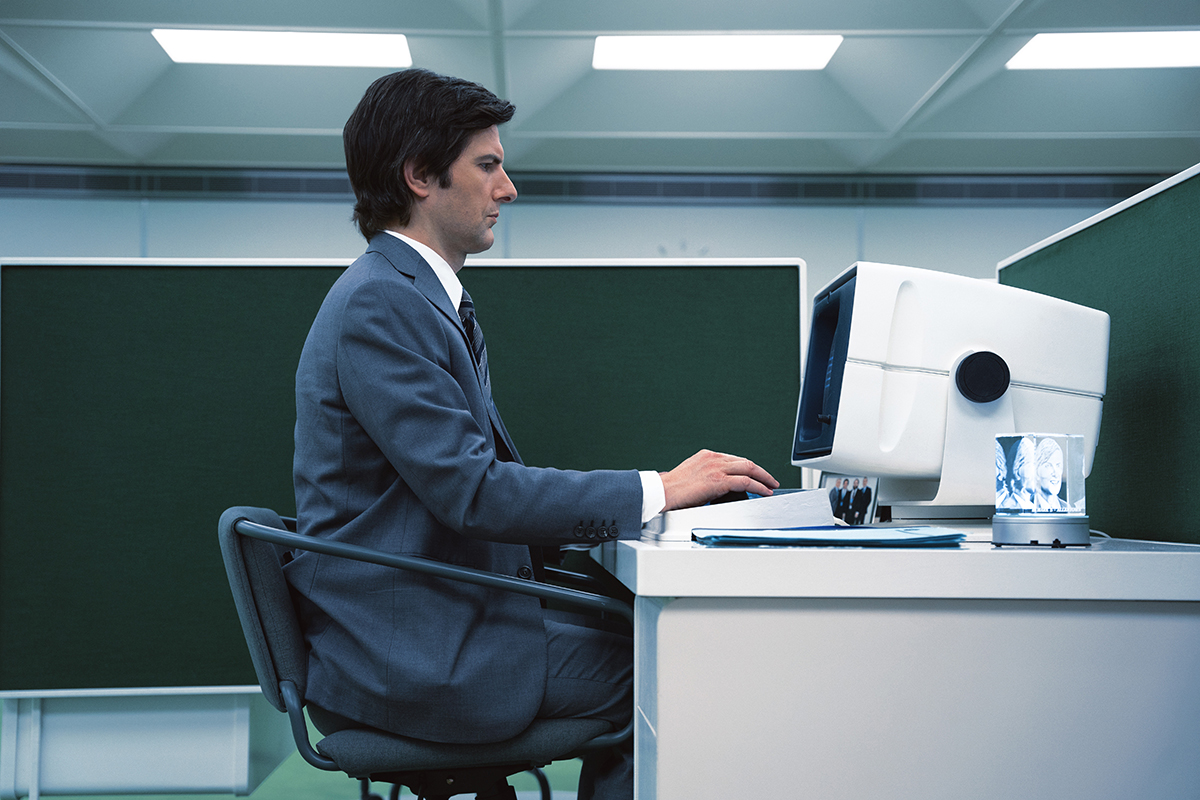 However, while Severance can take on a philosophical bent at times, it is also so much more than that. At its heart, this is a thriller that continually presents new questions at every turn of its sprawling, white corridors.

Lumon Industries is a mysterious company that resembles what we would consider today as a large conglomerate. The building is a massive, imposing structure that sits amid a cold and gray landscape that is blanketed in snow and appears devoid of life and character.

This soulless impression carries over to the inside of the building and the severed floor, which is where workers who have chosen to split their consciousness perform their duties. Departments are set oddly far apart from one another and are connected by a winding maze of stark, sterile corridors. In fact, it's as if someone deliberately sapped the life and personality from everything.

The office decor has a mid-century look that is painfully bland, with bulky CRT-esque monitors that evoke clunkier screens from a time long past. Four workstations are set in the middle of a strangely large room, where there is almost too much space around. This all elicits a distinct feeling of unease and emptiness, and it's impossible to shake the feeling that this is an office that is simply not fit for humans. 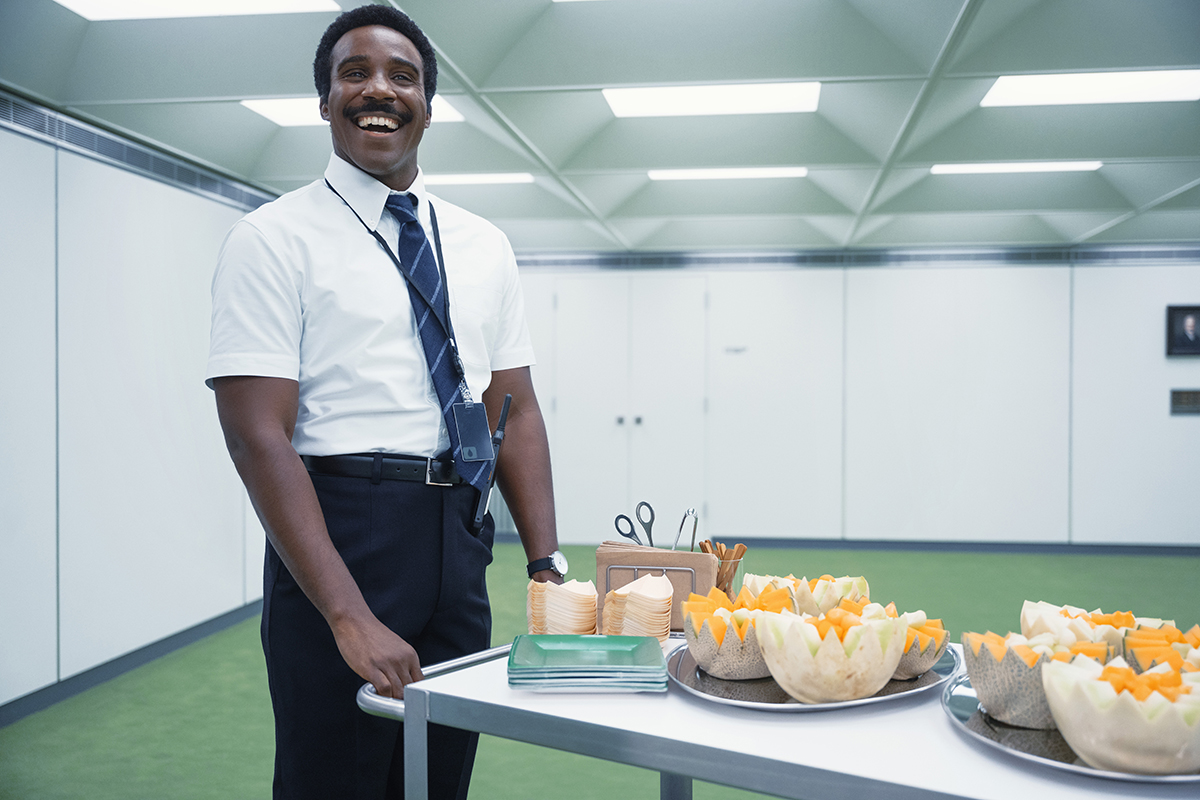 The mystery thickens when Mark Scout (Adam Scott) shows new hire Helly (Britt Lower) what it is they do in Macrodata Refinement, which ends up being one of the show's big unanswered questions. What exactly are they refining?

They sort what is supposedly encrypted data, presented as a grid of random numbers, into different categories. But the way they do it doesn't follow any fixed logic. Instead, Mark says that certain numbers elicit a specific emotional response in refiners, and they'll know instinctively where to put them. Here's where it gets really strange – Mark also describes some numbers as "scary", and Helly expresses genuine fear when encountering these types of numbers for the first time.

Elsewhere, Lumon operates akin to a weird religious cult centred around its founder Kier Eagan. Employees give thanks to Kier himself, and the handbook is treated like a bible where its word is the law. As each episode unfolds, more and more peculiarities rear their heads. For instance, when Mark is promoted to department chief, his boss informs him that "a handshake is available upon request", as if even this insignificant nicety has to be asked for. 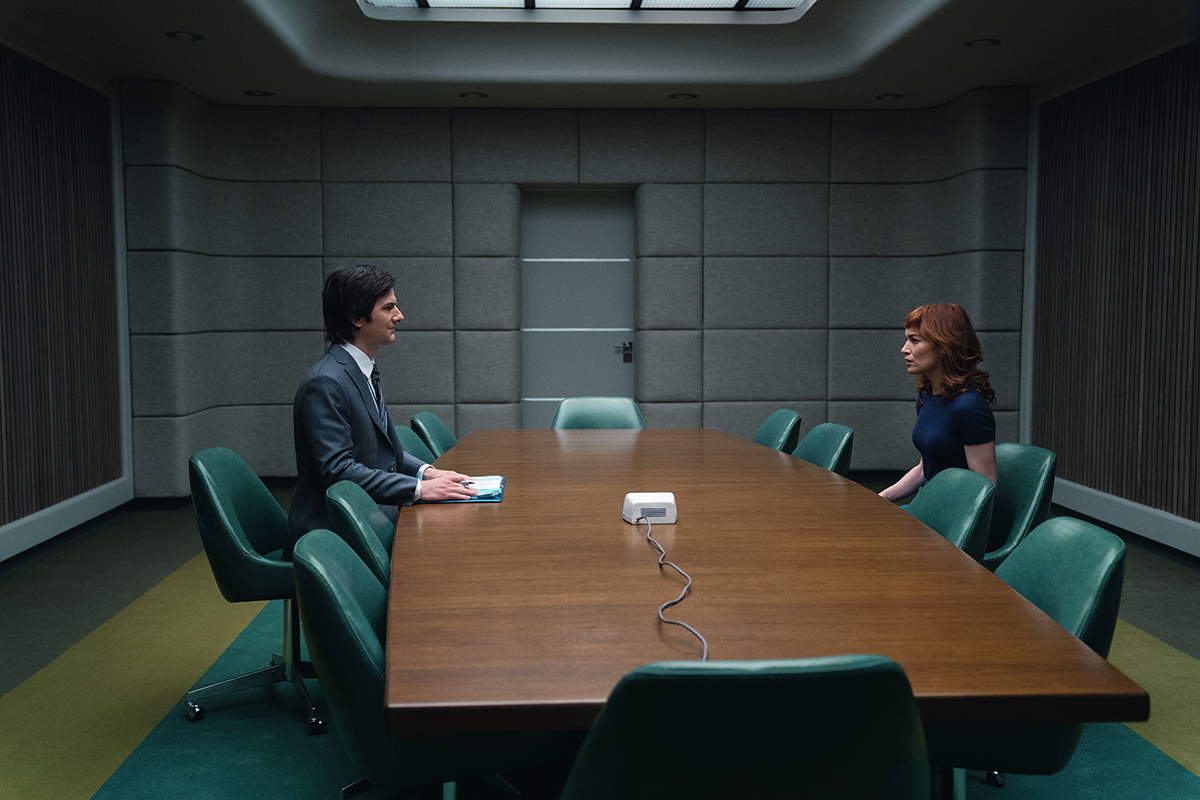 And then there's the faceless and voiceless "board", which makes an appearance via a small speaker and only ever speaks via a proxy. If there was ever the perfect representation of distant, out-of-touch, yet incredibly powerful leadership, this is it.

Severance is a caustic commentary on the state of modern workplaces, where people struggle to find human connection in an environment that doesn't see them as individuals. Bogged down by endless bureaucratic protocols and the sheer weight of all the emptiness around them, Mark, Helly, and the rest of the team are uncanny caricatures of many modern workers.

The saddest part is that at some point, you start to buy into the paltry incentives put in place to keep you there, just like how Dylan (Zach Cherry) is convinced that Lumon's ridiculous finger traps are to die for.